Salmon Fishing Kalum River Lodge and we received a great email report and pictures from our guide Andrew Rushton at the Kalum River Lodge in Canada. It looks like the place is fishing really well, with everyone getting amongst a few fish! Here’s Andrews report…

August is a great time to fish for all five species of salmon and anglers also have the chance of catching Steelhead. Last year, brothers Peter and Alan from had some great fishing, and this year they returned with their cousin Matt. And what a week it was! We fished the Kalum, Skeena and Kitimat rivers and the anglers wrestled with several big Chinook and brought a lot of salmon to the bank. On their last day they fly fished on the Kitimat river and it was an action-packed day. Alan reported 180 hook-ups and Peter and Matt were into over a hundred each. There were so many photos taken of their catches – here is just a few. Matt, who learnt to fly fish this week, said “I have never caught fish so big or so many fish in one day before. This was the most fun fishing I have ever had. I will definitely be back next year!” And we are sure his cousins will be joining him!

In the last two weeks we have landed some monster Chinook on the Skeena river. These powerful fish have given our guests some great fights, some were won but many were lost. With the Chinook taking over 200 yards of line it is a challenge to bring them to the bank. Most of the Chinook landed have been 30lb plus. Longinos Valesco wanted to catch a large Chinook and he was not disappointed when on his first day he landed one weighing 58lb. His grandson, Miguel, also caught a lot of salmon and had fun fighting some big Chum salmon.
Wilson Kwong landed a 47lb Chinook, his biggest one so far, whilst his friend Masami Wakabayashi landed a Chinook of around 35lb. The smiles say it all!

Just one day’s fishing on the Skeena river is all they could fit into their trip to B.C., but for father and son Eberhard and Martin and their friend Sören, it turned out to be a great one. They hooked a lot of fish and by the end of the day they had landed over a dozen Steelhead, Coho, Pinks and several trout. The next stop for the guys is Prince Rupert for some ocean fishing. Their Skeena river adventure far surpassed their expectations and they have said they will do their best to get back here as soon as they can.

To view all the details about this destination Click Here 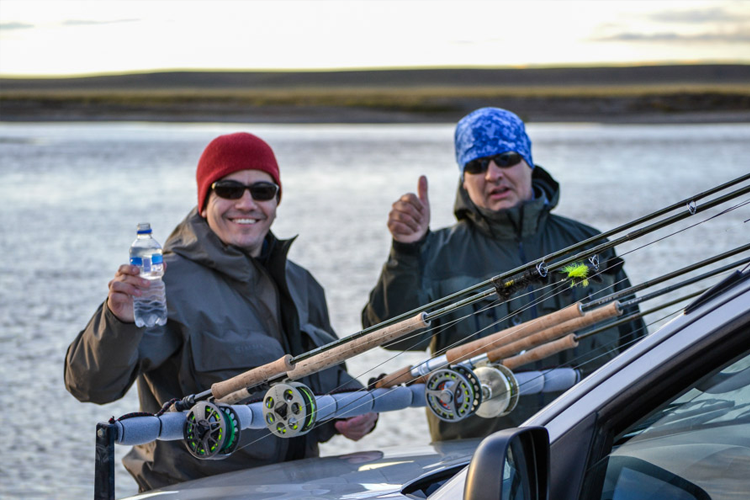 We get many people asking what it’s like to fish for Sea Trout Fly Fishing in Argentina or where to catch Sea Trout as many have heard that the fishing is only for the die...
Read More >
Top 12 Hosted Fishing Destinations 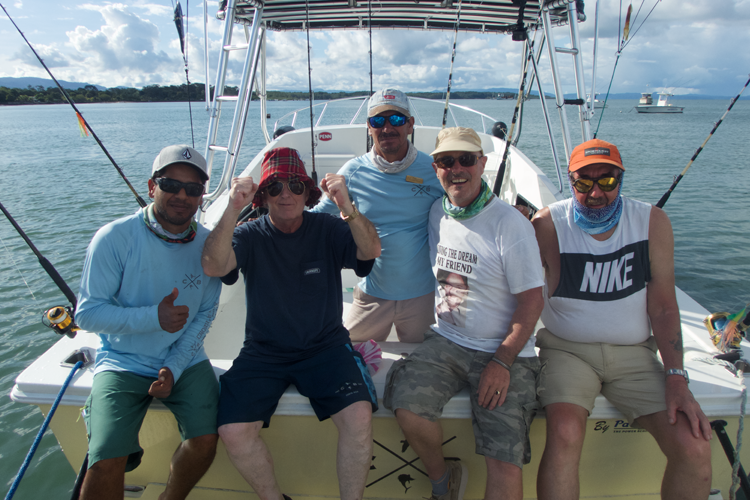