Another Day In Hosted Mefjord Paradise

Day 4 of the Mefjord Hosted skrei trip has come to an end and what a day it was for everybody out here in Norway. We woke up to a beautiful sunny Norwegian morning, with the sun beaming down and the wind basically non existent we were on the boats by 9am and were soon making our way out of the harbour and back out into the unknown. 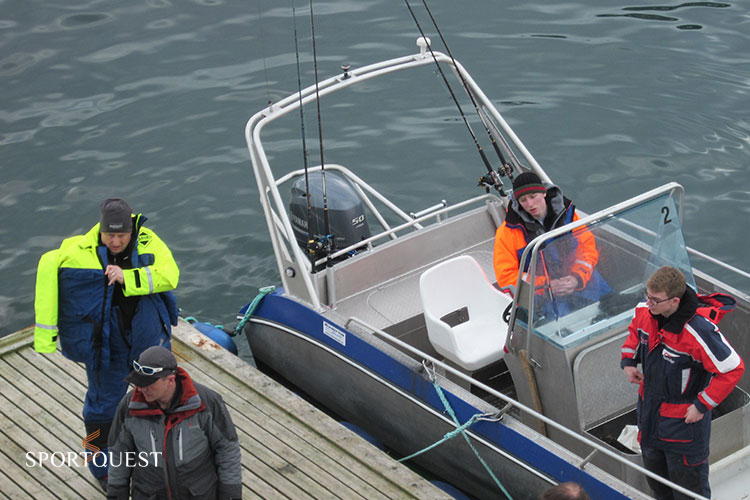 Motoring out onto a glass like sea we were soon on the first mark, rods were in the water and the shads were soon doing their merry dance and the depth we could see the fish feeding. Paul was soon into a nice fish on his big bob lure, she was a right fatty and went a lovely 45lb’s on the scales. The fish were coming in at a steady rate, not as big as the previous days but great sport all the same. 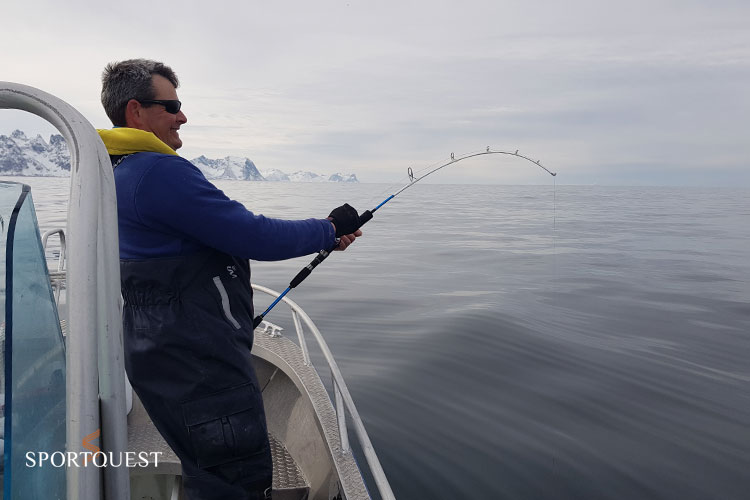 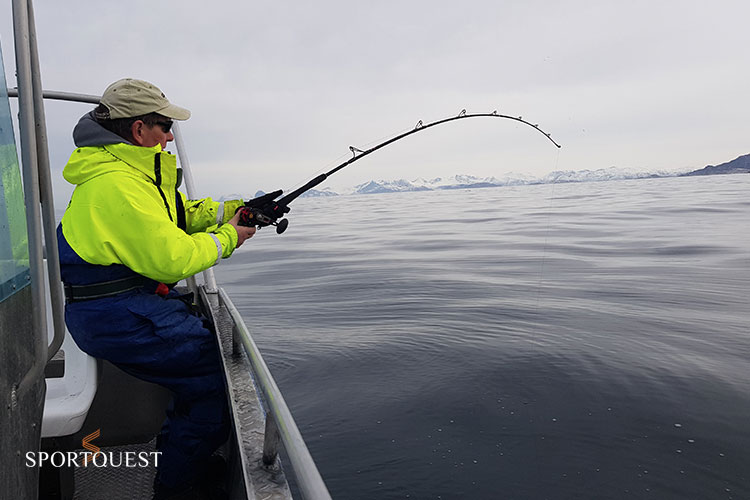 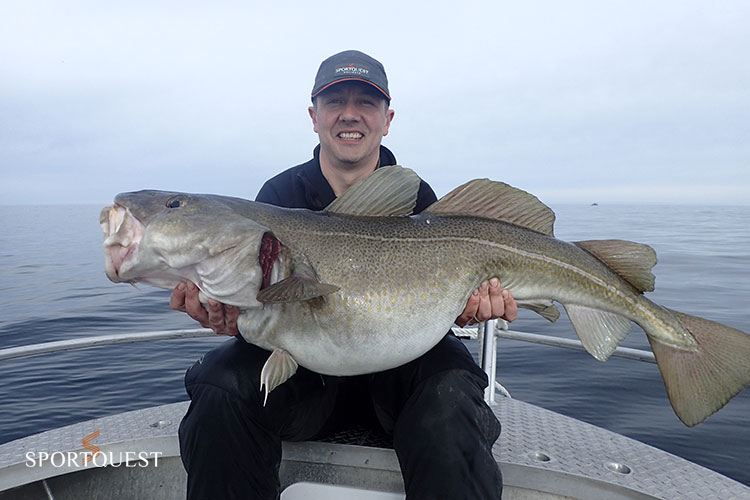 Around mid morning it went a little quiet, the fish disappeared off the feed and it was like playing a game of hide and seek cod style, we moved marks, found a few fish then they would disappear again. It was proving to be a tough couple of hours until we decided to head back to another mark we had fished previously. We could see fish on the finder and within seconds of the shads being in we were all into fish, nice fish too, well into the 30’s, and a good few times we had quadruple hook ups. 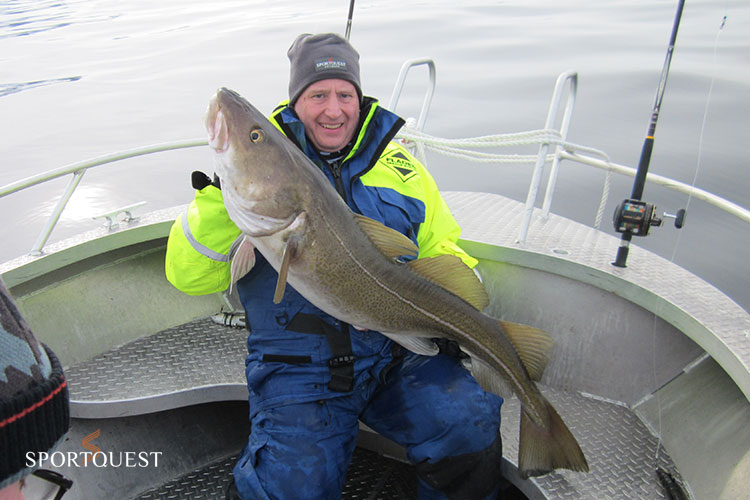 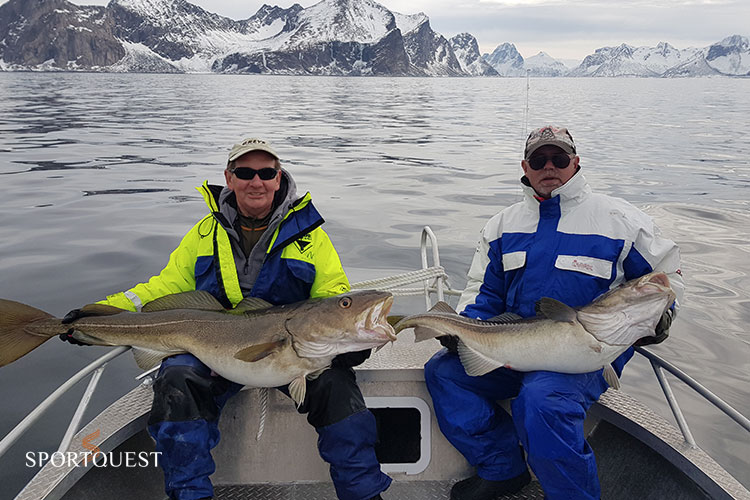 Word came through from Mark, another Sportquest guide on the trip with us, he had had fish to 39lb with plenty of other fish between 20-30lb, he was proving himself to be a very good skipper and we know that he will be getting the customers on his future guided trips some great fishing. 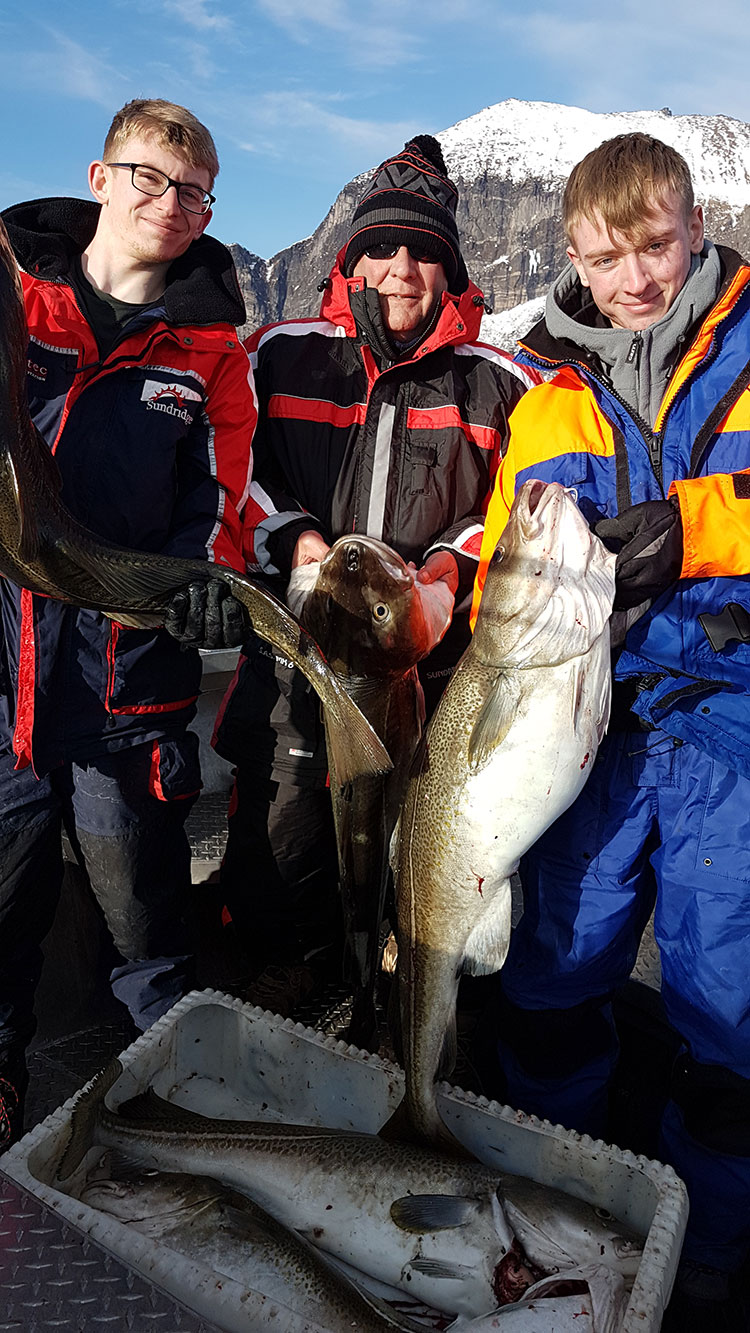 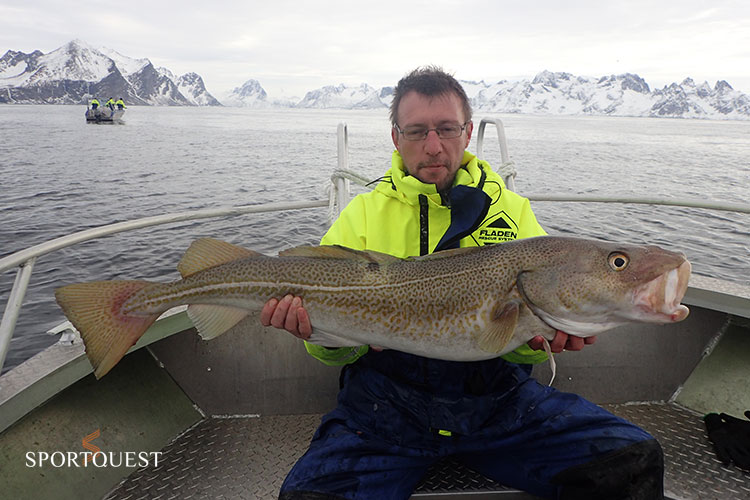 We were fishing mid afternoon when we spotted a mass boil on the surface heading towards us, this was an immense shoal of Capelin, a bait fish in these waters that were being annihilated by Coalfish. Then from below a Humpback whale smashed the bait ball, followed by another then another. This went on for over an hour, a beautiful display of mother-nature, we had Humpback whales within feet of the boat, constantly engulfing huge mouthfuls of these little silver fish. As it ended and the whales made their way into the distance we all agreed that this would certainly be an experience none of us would ever forget. 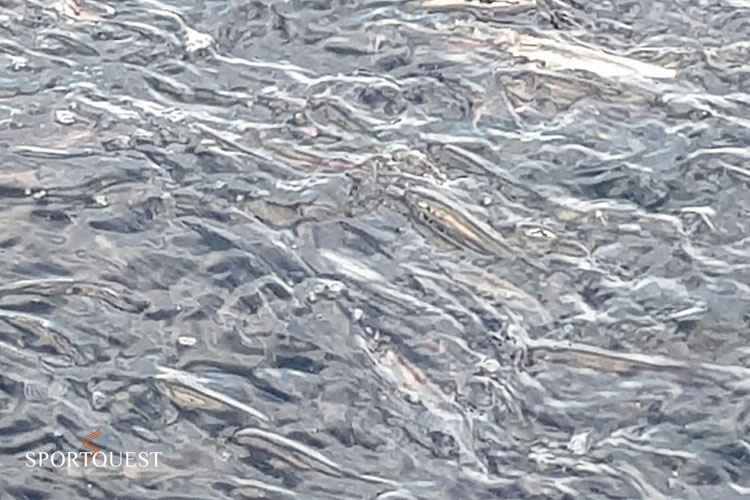 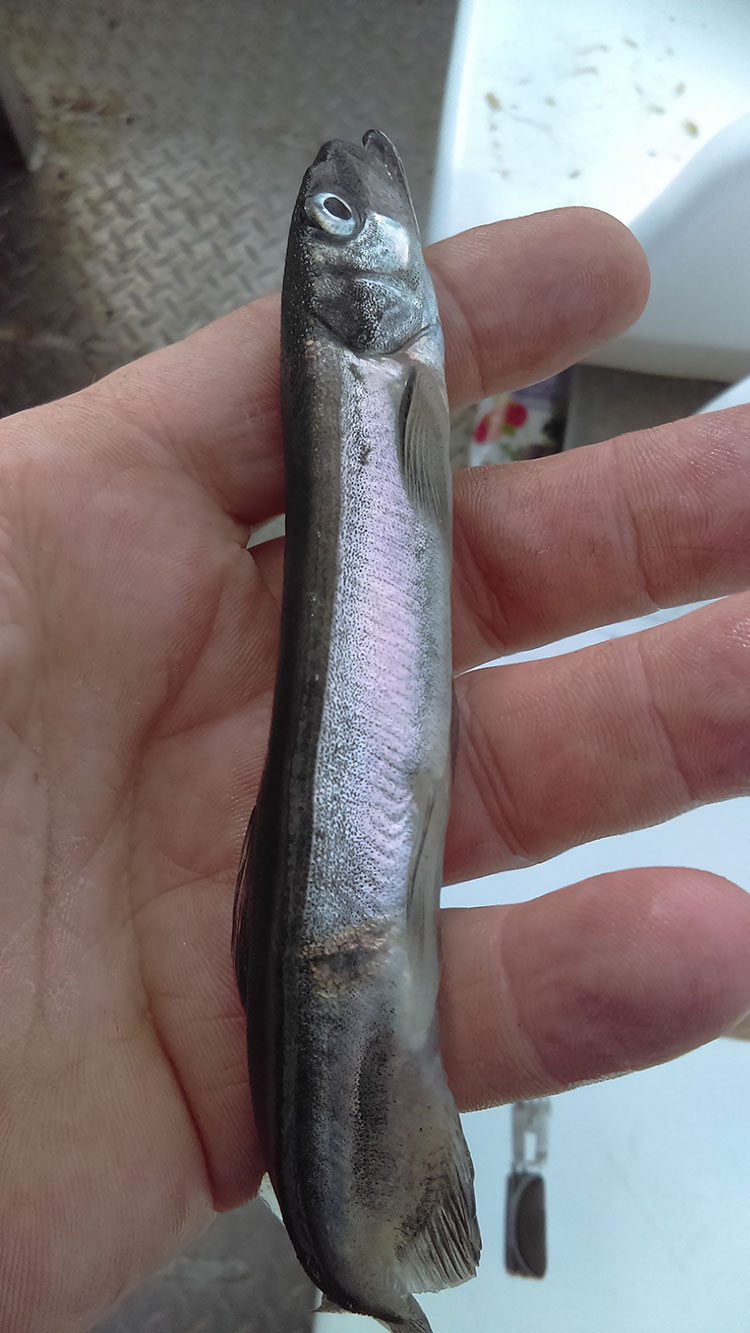 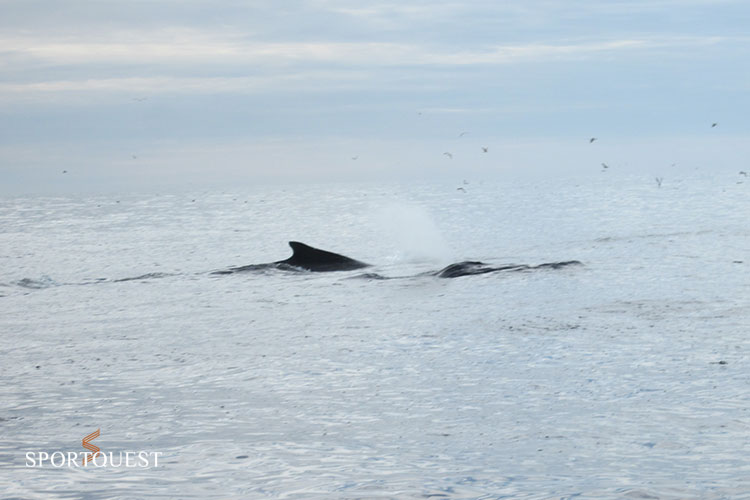 We spent a bit more time on a shallower mark before we went in, catching some more nice cod with a few coalfish mixed in, great sport to end the day and even though we saw no Norwegian beasts today nobody was bothered in the slightest, talk of the day was about the whales, I can be pretty certain nobody will ever forget this experience in a hurry. Day 5 tomorrow and with the forecast looking good it’s sizing up to be another amazing day out here in Norway.

This destination simply blows me away each and every day, we thought after catching so many huge Cod, it couldn’t get any better until today, the display from the Humpback whales was truly something else and left us all just speechless to see such majestic creatures going about their daily duties with us all just quietly watching was one of the finest experiences of my life.

To view this destination in North Norway Click Here