Astove Fishing News 22 – 29 February and unfortunately the week started with another spell of bad weather on day one. However, the conditions thereafter were sublime, with near glass calm seas for the remaining five days. Seasoned angler Neil had one of those weeks where it seemed that all the big fish got away. This can only be put down to pure bad luck! However after losing 4 GT’s that were over and close to the 100cm mark he kept his chin up and soldiered on, enjoying every minute and ended up with several GT’s and his personal biggest Bonefish at around 7.5lb. 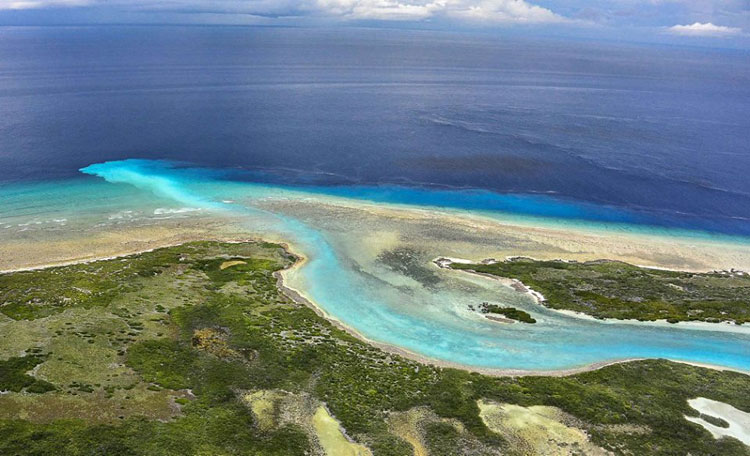 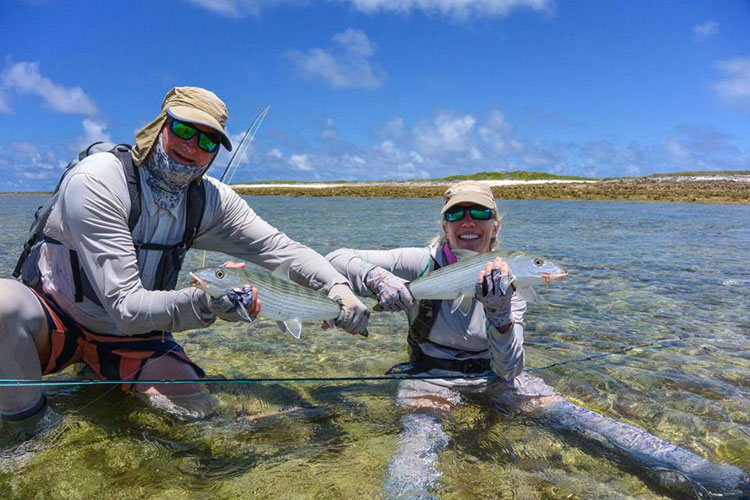 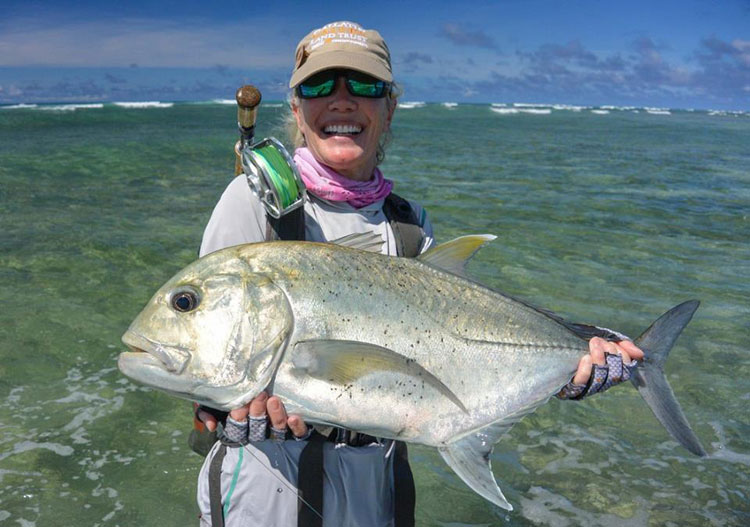 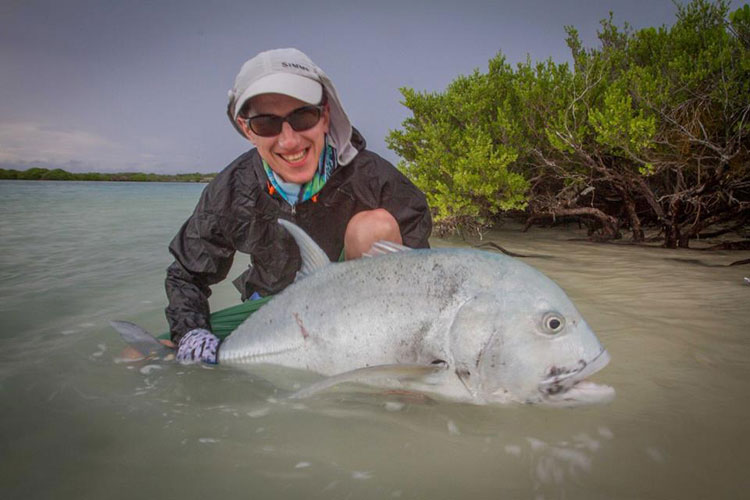 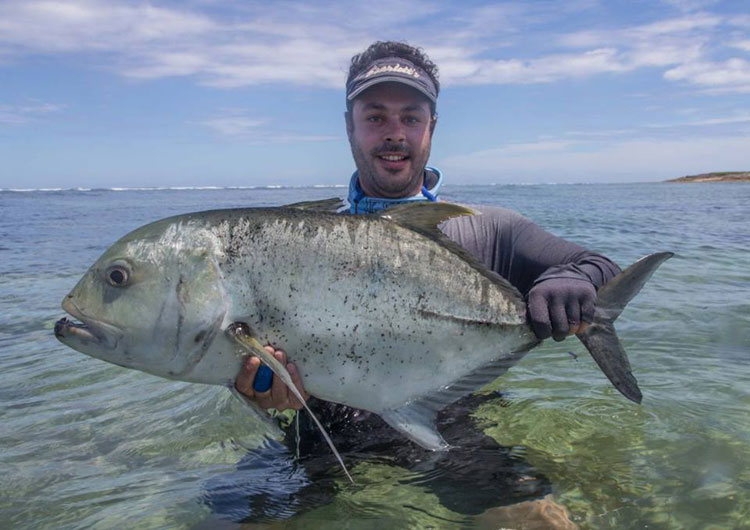 Ben and Penelope were welcomed back to Astove as returning guests. Ben had a good week, landing several GT’s and his personal biggest Bonefish, the biggest of the season to date, an impressive 8lb fish. Penelope did very well and was awarded top rod as she managed to land the only 2 triggerfish an array of GTs, several big bonefish, a skipjack tuna and even managed to squeeze in a pretty decent Blue-spangled Emperor.

The remaining three anglers were the very eager and energetic trio of Marc and Philippe and Michael. These guys were keen for anything and everything; from deep water snorkeling to hand-lining for the kitchen. Despite this they did manage to spend most of their time on the flats. Michael ended his week off as GT champion with a total of 12 to his name. Marc ended up with the biggest fish of the week, an impressive 106cm GT while his brother Philippe also landed 2 other GT’s over the one metre mark, measuring 104cm and 100cm. 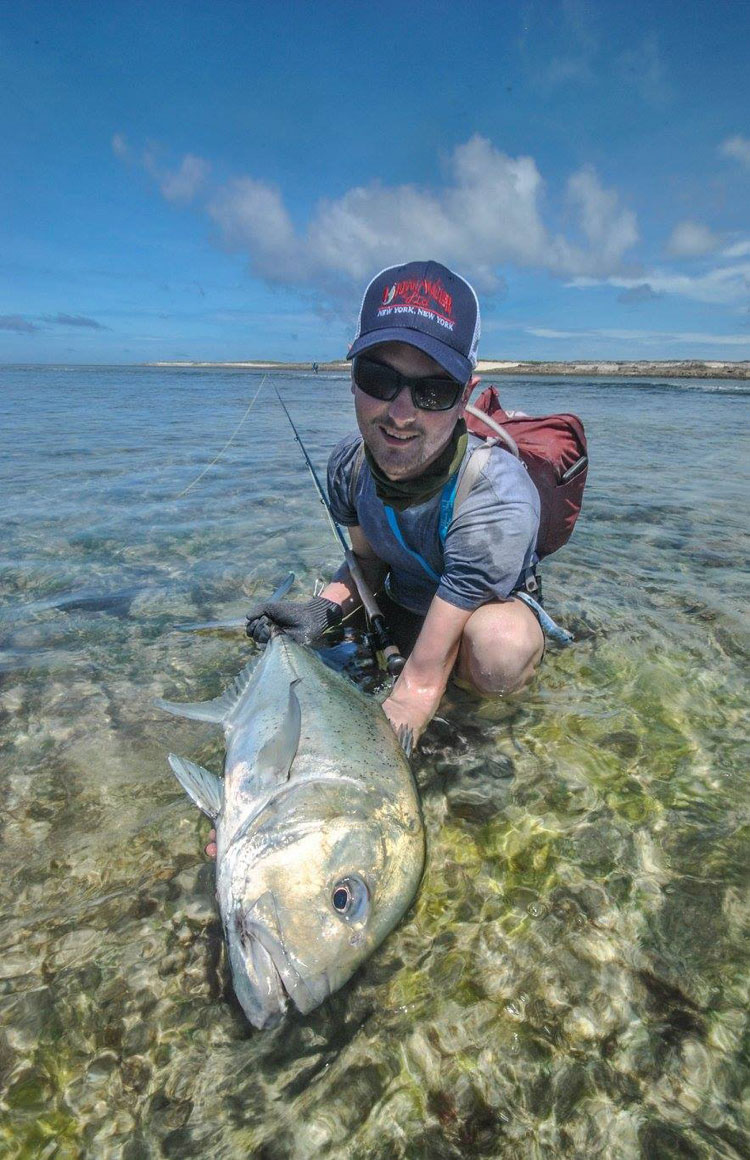 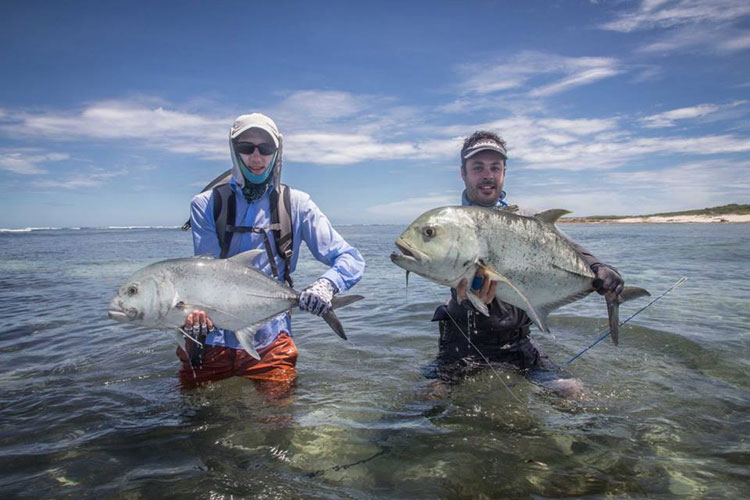 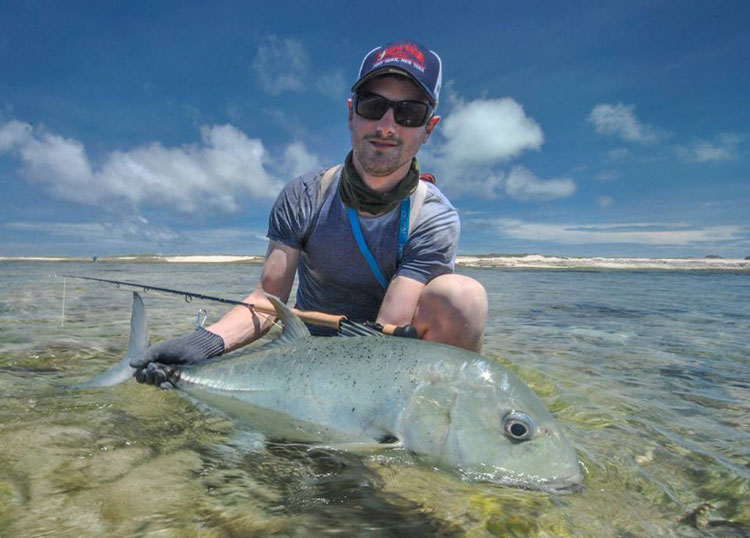 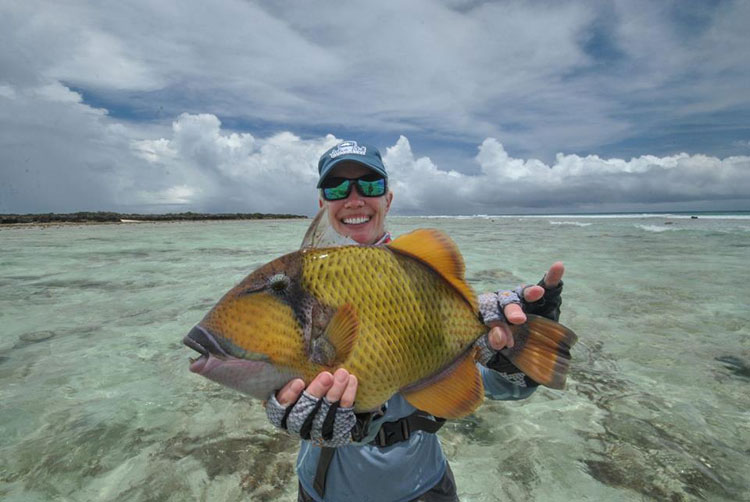 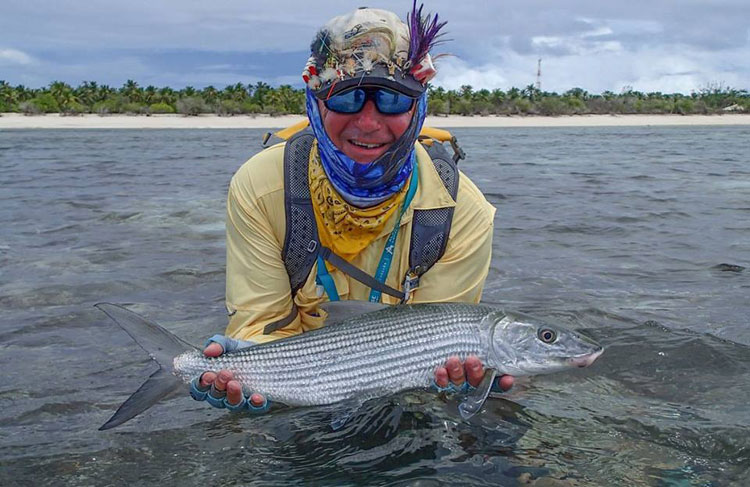 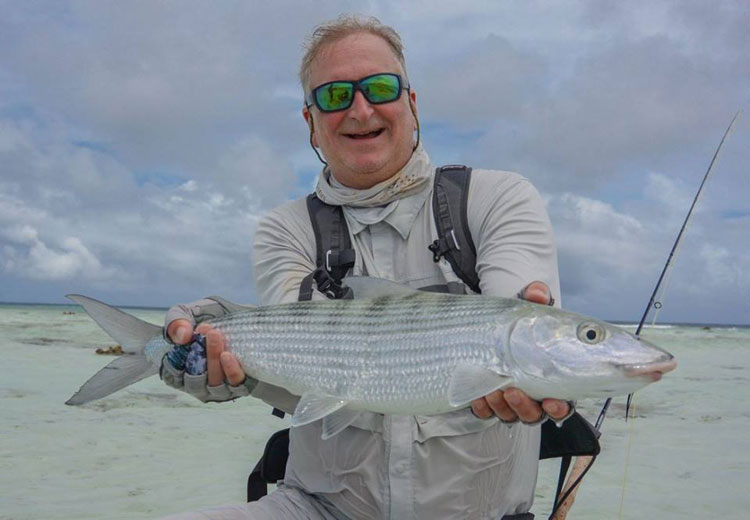 When the tallies were counted at the end of a great week a total of 36 GT’s were landed, 2 triggerfish and many bonefish were also brought to hand. What is still pleasing and yet frustrating at the same time are the continuous sightings of permit in the lagoon and around the outside flats. Only a matter of time until anglers are ‘touching gold’.

If you are interested in travelling to Astove with us call our office as we guarantee you the best package price including all international flights, hotels etc, everything door to door. Call 0044 (0) 1603 407596. 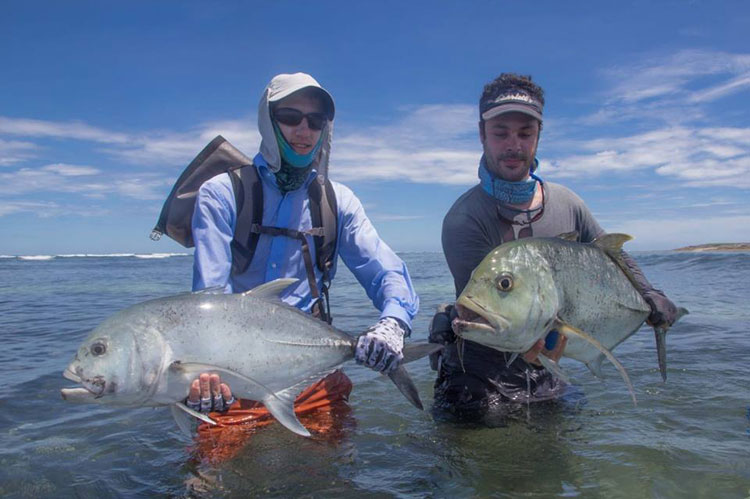 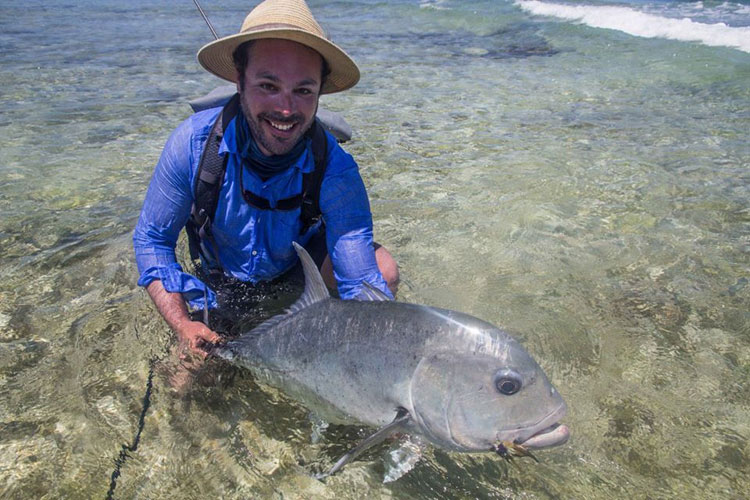 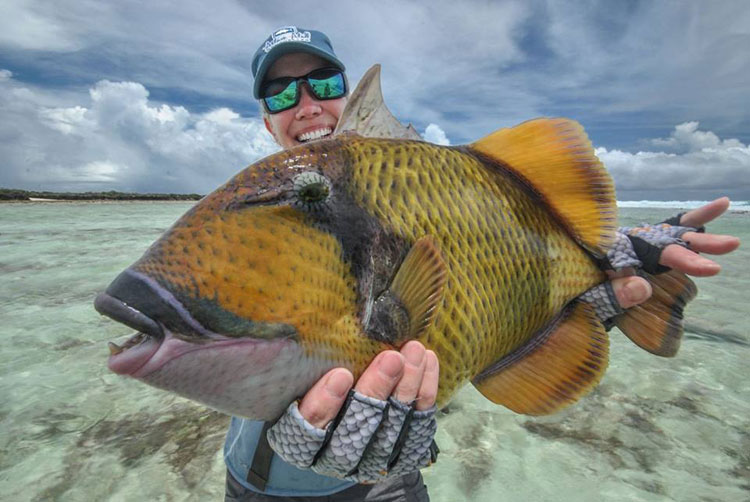 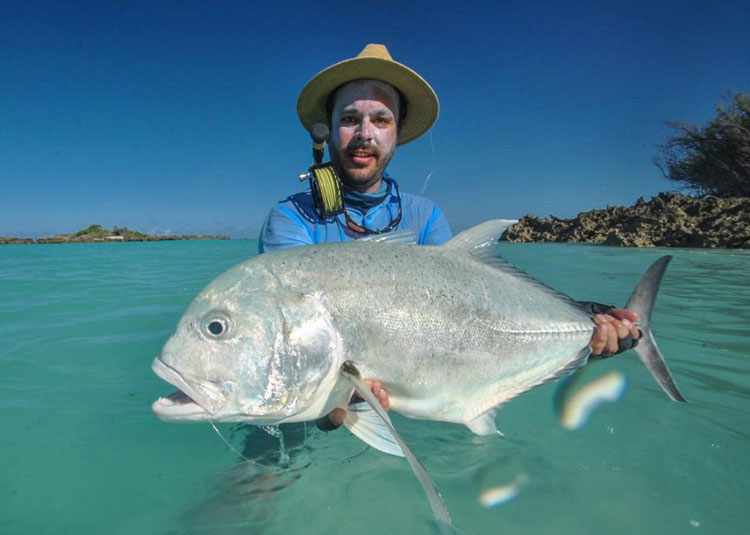 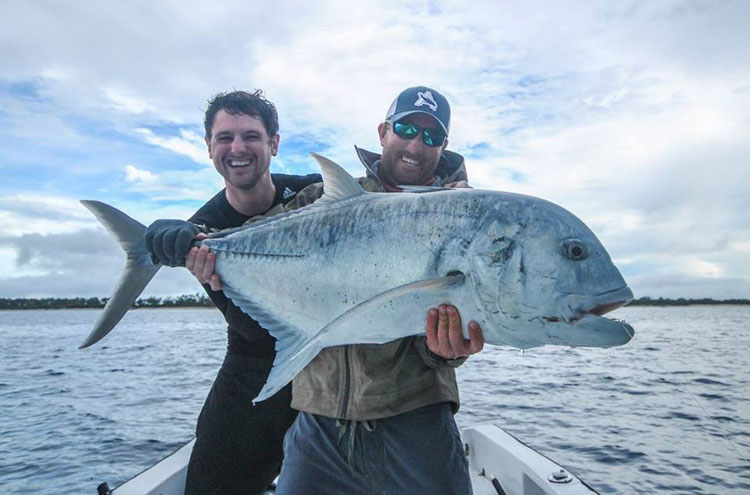