Farquhar Produces So Many GT’s with it was with a huge amount of excitement that we started of our 2014/2015 season, as an enormous amount of pre season preparation had taken place. Including the addition of 2 new boats to our existing fleet of 5, as well as some basic improvements to the guesthouse and operations.

The first week’s customers were of a mixture of returning guests who had also brought along some new faces…all of whom were eager to sample the superb fishing Farquhar is rightly known for. As it was the first day our season and the flight had arrived early we opted to get a quick afternoon session in and we are so glad we did. Half the guests headed offshore to one of our favorite pinnacles. Between the two boats using conventional tackle, they managed to tame a total of 40 GT’s, as well as a 100 lb. Potato Bass…a cracking first session in anyone’s book. The rest of the group opted to fish the flats and got the cobwebs out with some solid lagoon Bonefish fishing.

As luck would have it however, the following next few days we were plagued by inclement weather which made conditions tough. Despite this, the determined anglers worked the flats diligently, which resulted in some really good Bonefish fishing and even a handful of GT’s. Farquhar’s Triggers and Bumpies were around in good numbers despite the weather and one customer capitlised on this by landing his first Trigger on the fly. Congrats Adam! Another customer Nic then hooked a monster Bumpie that proceeded to empty his reel at a frightening rate before his leader unfortunately gave way. What can one say…that’s Bumpie fishing for you. Our offshore guys also stuck to their guns and were rewarded with some solid GT’s, which kept the whole groups spirits up. 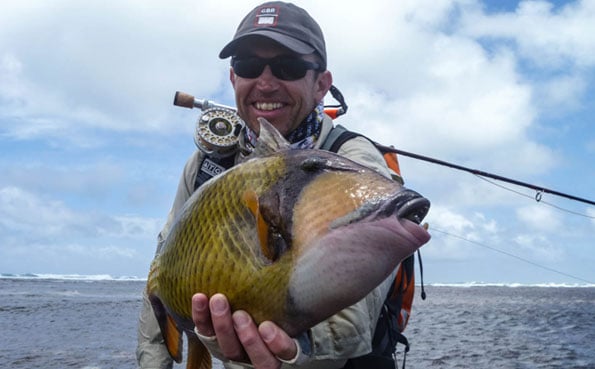 The morning of the 5th day promised much better fishing as the weather cleared. The tides had turned and what we as guides refer to the “phenomenon” came into effect. Chaos returned to the atoll as GT’s stormed the flats feeding on the abundant stock of small baitfish, which was present. New to salt water fly fishing Adam and Shaun managed to capitalise landing 6 and 4 fish respectively. I think it’s safe to say that both are now quite literally HOOKED! The old guns Dirk and Jack were into them as well, landing 3 and 4 GT’s respectfully. Jack getting a beauty of 110cm!

While all hell broke loose inside the atoll, arms were being stretched by our conventional offshore anglers on the outside. Malcolm managed to land a 200 lb. Dogtooth Tuna, whilst Rob quickly racked up some truly big GT’s (119 cm, 113 cm, 110 cm, 118 cm). To cap it off Malcolm then enticed a 137cm GT to eat his stick bait. The 5th day had delivered in fine Farquhar form.

Although the GT fishing on the final day slowed a little, the colossal shoal of Bonefish that frequents Dipose from time to time showed up. Sean and Adam jumped to it and truth be told landed copious amounts of Bonefish fish between them. Plus a further 3 GT’s to the fly on the flats, whilst our offshore teams landed a further 17 GT’s as well as a 50 lb. Yellowfin Tuna. The Sailfish too had arrived, 9 of which were hooked on the final day, although on this occasion they all got the best of us. But this part of the story is just the beginning!

It was a challenging start to our season considering to the horrible weather around on the first few days. That said we still landed close to 30 GT’s on the flats, had plenty of opportunities at Triggers and Bumpies, plus the guys smashed the Bones. Offshore we landed 66 GT’s, along with a massive Doggie, a 100 lb. Potato Bass, a big Yellowfin and a plethora of other cool reef species. Is there little wonder Farquhar is regarded as one of the most diverse fisheries on the planet!

All we need to do know is just hope for some constant weather over the next few weeks and we are sure that we will be setting some new records. 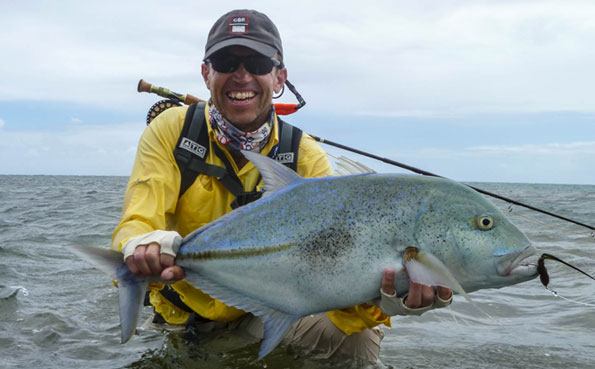 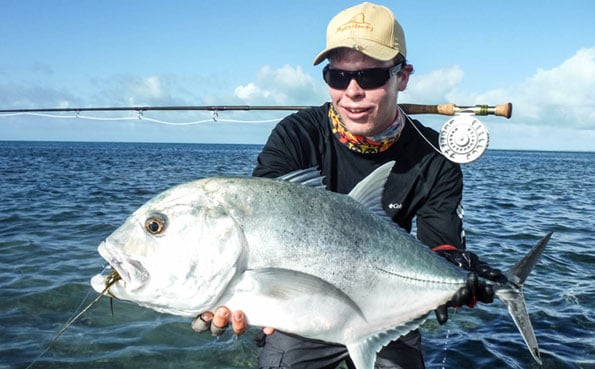