Jack Simpson Returns back from Cuba My 2012 hosted weeks with two groups to the Isle of Youth in Cuba looked set for being great trips. We had good tides and moon phases plus May, June is normally the prime time for the bigger migratory tarpon. The weather on average for this time of year is fairly settled with cloudless skies, light warm winds with temperatures in the lower 80s. Rain is normally short heavy showers which clear very quickly making the ideal recipe for just about perfect conditions for saltwater fly fishing. Most of my two groups of 8 were made up of 70% of clients who had fished with me at this location before, the rest were on either there first saltwater fly fishing trip or their first trip to Cuba.

We left England having its wettest so called draught, in 10 years and landed in Havana in a tropical rainstorm with the humidity at 90%. Wet and sticky! (Think we dragged the weather with us) On the Saturday we flew from a still raining Havana on the 30 minute flight to the Isle of Youth and landed in heavy rain. We were all met by Rolando and Andre our Cuban reception party using umbrellas, something we are not used to in Cuba. After they got us and our entire luggage into the transfer cars it was off to our hotel “Rancho.” Along the way I was told they had, had heavy rain nearly every day and night for the past two weeks and that the forecast for the next week at least was looking to be the same. (Not the news one wants too hear on arrival, after months of planning and excitement. In my 7 years fishing at the Isle of Youth I had never experienced weather like this at this time of year.

However we had a very warm welcome from the staff of the Rancho, many who were good friends that we have known since my first trip here in 2005. The rum cocktails and Cuban band playing salsa and traditional Cuban music lifted our spirits. (or drowned them can not quite remember)

Our first day started with a full English breakfast and at 7am we were in our taxis for the 20 minute ride to the fishing dock accompanied by cloudy skies and 20mph southeast winds but thankfully no rain. After introductions to our Cuban guides who assisted with rigging our fly and spinning rods we were quickly loaded into the Dolphin skiffs for the off. My boat companion for the day was newcomer to Cuba George (call me Ron) Caulfield. In previous conversations Ron had said his only previous experience with saltwater fly fishing was a family holiday in Tobago where he had caught some bonefish on the fly. Our Cuban guide for the day was my good friend Michael who has been guiding from day one of the Isle of Youth operation in 2005.

On Michael’s advice we decided to run south and because of the cloud and wind we would concentrate on tarpon. Thankfully we were all wearing waterproof coats for as we sped down the river the rain started to fall. Michael our guide, smiling as usual assured us “Tarpon like rain” Ron insisted I took first 30minute session which our guide told us was a in a new spot he had recently discovered, as he poled us into a small mangrove lined lagoon we saw some tarpon roll along the mangrove margins. (Things are starting to look better)

I was using a 12 weight rod with intermediate fly line rigged with a 2/0 Orange tarpon Bunny fly. I had stripped of 80ft of line which I judged would cover any of the area in front of me and made my first cast along the edge of the mangroves. As the line shot out I heard Ron say “I don’t believe how far you have just cast, Ill never be able to do that!” On my third cast 40ft from the boat I had a tarpon take the fly, I strip striked several times to which a 40lb tarpon launched itself out of the water only to throw the fly out of its mouth. Ron was astounded “ I never saw anything like that in my fishing life are all the tarpon that big?” I turned and saw that he was actually shaking with excitement and I don’t believe he believed me when I told him “that was only a small one.”

With no more action we moved to another of Michael’s secret spots which I immediately recognized. A canal like channel winding through the mangroves where we had caught some good tarpon to 90lbs in previous years. I assured Ron that he would not have to cast a long line in this channel and got him up at the front of the Dolphin skiff and with me in the well of the skiff behind him; I could then help him where to cast to. On Ron’s third 10ft cast with my 12 weight Sage a nice 40lb tarpon took his fly. In sheer surprise instead of strip striking Ron (like so many customers on their first trip Tarpon fishing) struck with his rod and failed to hook the fish. I consoled him and explained what he should have done. Ten minutes later Ron had another tarpon take his fly and again he struck with his rod and the tarpon got rid of the fly on its first jump. Ron was now almost a nervous wreck and I had to insist he stayed up front and keep casting.

I noticed the tarpon were dropping back out of the channel on the falling tide so we decided to stay and hopefully Ron would get another chance of hooking his first tarpon. On Ron’s fourth cast just as he was about to lift his fly out of the water I saw a good tarpon take his fly, I reached round and grabbed his line and when all went tight I strip struck the tarpon several times. Less than 10 feet from the boat a very angry tarpon of 70 to 80lbs launched itself clear out of the water. Ron was gasping with surprise “I don’t believe this is happening to me”.

Holding him by his belt I talked him through how to fight the fish and 30 minutes later Ron now a nervous wreck had the fish at the side of the skiff for Michael to lift the fish into the boat for photographs of a very happy Ron with his first ever tarpon which we estimated at a good 80lbs. I have never seen such a happy angler than Ron shaking with excitement. Soaking wet with the torrential rain we exchanged big fives while Michael revived the fish by the side of the skiff, until it was strong enough to swim away to fight another day.

I only wish I could say the remaining days were as good or even better, but on this trip lady luck was not on our side as the weather just deteriorated as the weeks flew past. We did catch fish and everyone remained in great spirits which is important when the fishing is hard. There was nothing that anyone could do, nothing was wrong apart from the dismal weather. All in all we had just over 25 Tarpon landed, some Bonefish and a few Snook, but defiantly the worst fishing I have ever experienced in Cuba. The two groups fished hard to make the best of their weeks, drank lots of Cuba Libres, listened to Cuban music with Ron now crowned the new Tarpon King putting us all to shame showing of on the boat his salsa and rumba dancing skills.

On a brighter note, the good news is that on arriving back in the UK the large majority of the group immediately signed up to return next year, determined not to let the weather to beat us. Hopefully next year the world’s weather will start to be back on track and the great Cuban fishing times will return. 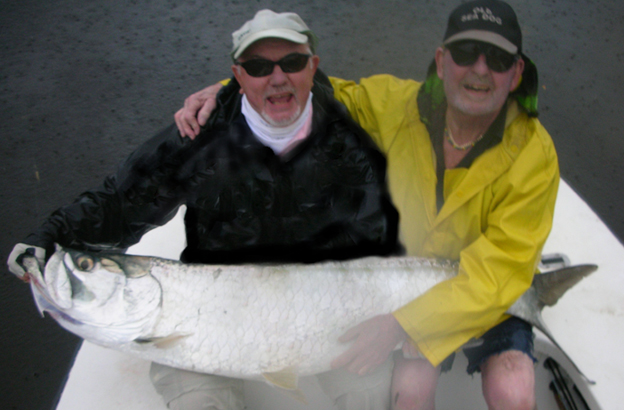 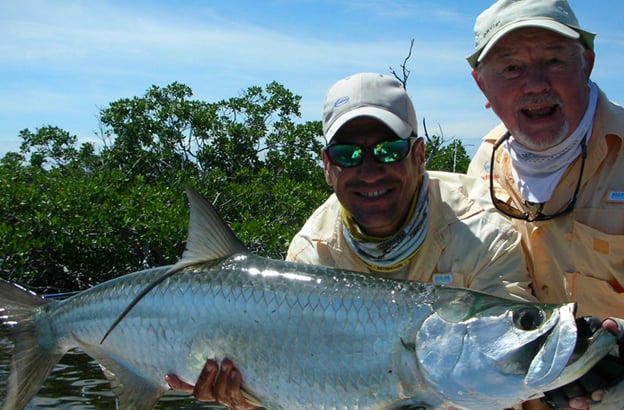 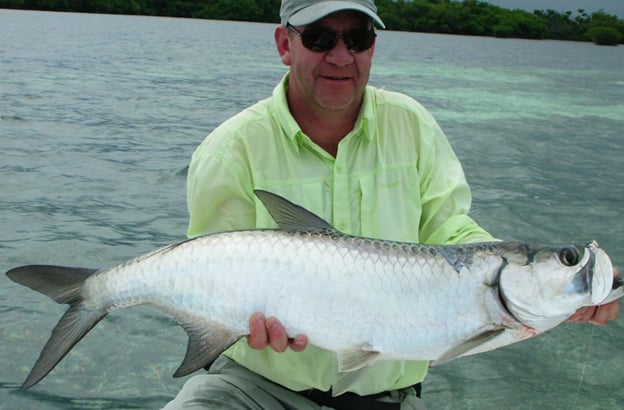 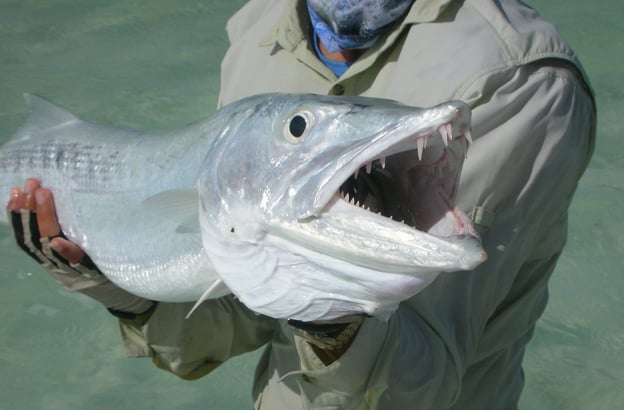