Our first crew arrived to the Kangia River in early July, just one week before the start of the official season. After arranging the necessary logistics, checking the trail conditions, setting up the new bar and so on, we spent a lot of time up on the cliff by the lodge overlooking the home pool! Seeing school after school make their way upriver, choosing different paths with the tides and traveling at different speeds was really interesting and inherently satisfying. We walked the different pools and sections of the river to see where the fish would stack up first and how long they would stay in each spot before proceeding on their journey. With the crystal-clear water, one can really keep track of their movements. 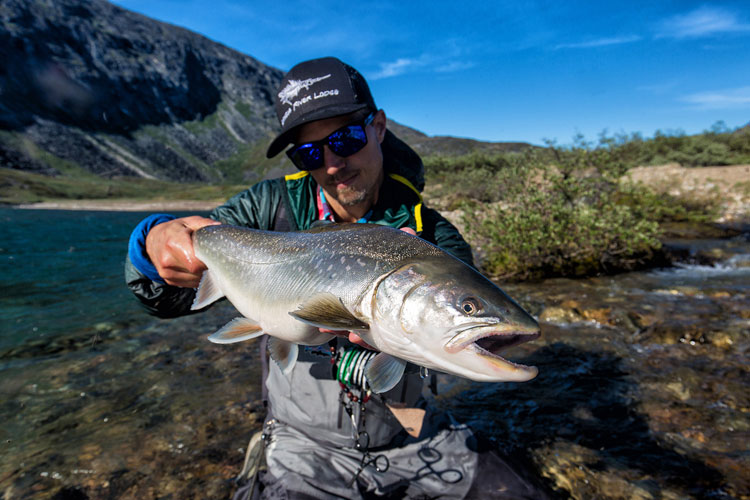 The fishing was consistent throughout the duration of the season—in July, the total number of fish wasn’t immense and most of the fish in the system were fresh from the sea. These dynamics made it easier to spot and chase the big silver fish. As the river kept filling up all season long, the mix of colored and silver fish increased weekly and the pools further up the system became absolutely packed. These conditions were perfect for skating surface flies and made for some very entertaining takes and action shots! 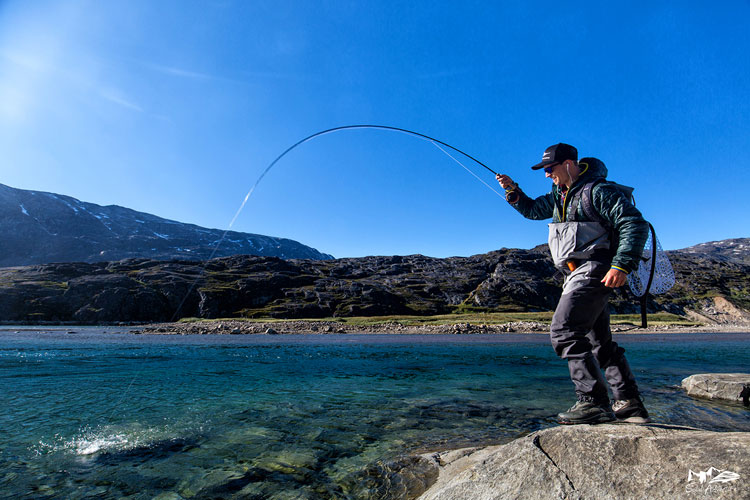 With the number of fish increasing, it became more difficult to target the big fish as the smaller guys are usually quicker to hit the fly! We had many guests watch absolute monsters following their fly only to be intercepted by a smaller more aggressive fish at the very last moment.

The weather was ideal for most of the season, largely consisting of blue skies and sunshine. Though in the first several weeks, we experienced a little more rain and a few more mosquitos than is usual. According to our friends from Maniitsoq, the latter was more of a one-off due to a very late spring as large numbers of mosquitos are typically rare in July. 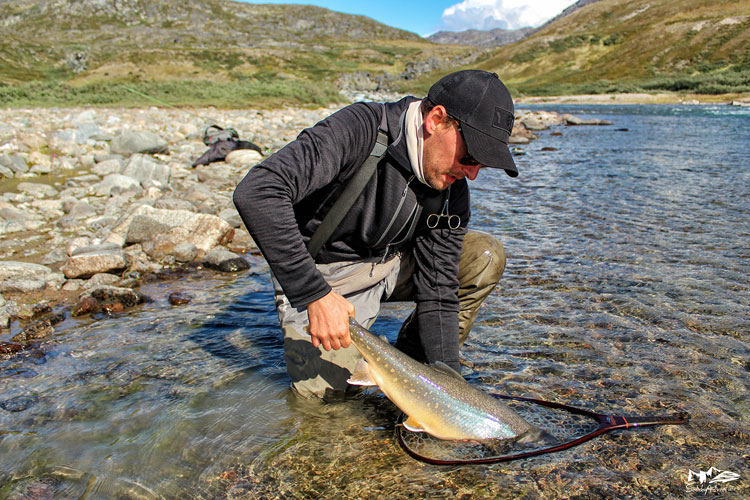 The Lodge life was working as expected for the most part—the food was simple but good and based on local produce. Cod, halibut, and reindeer were our main ingredients, food that in most places on the planet, are considered luxury items but remain plentiful along Greenland’s valleys and coasts. Some minor problems (like only having a singular shower and shared bathroom) seemed like an easy fix, but due to the very complicated logistics when operating in a remote place like Kangia valley, we were unable to address these complications during this first season. In contrast, there will be two functioning showers and bathrooms for the 2018 season. 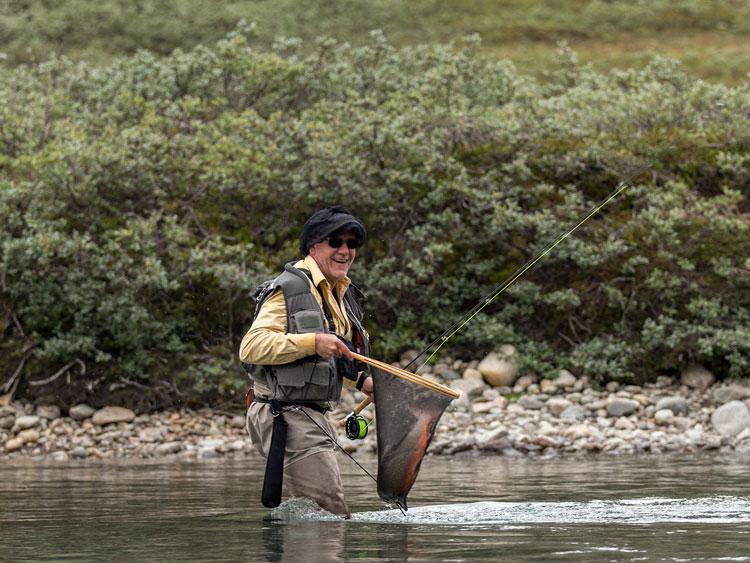 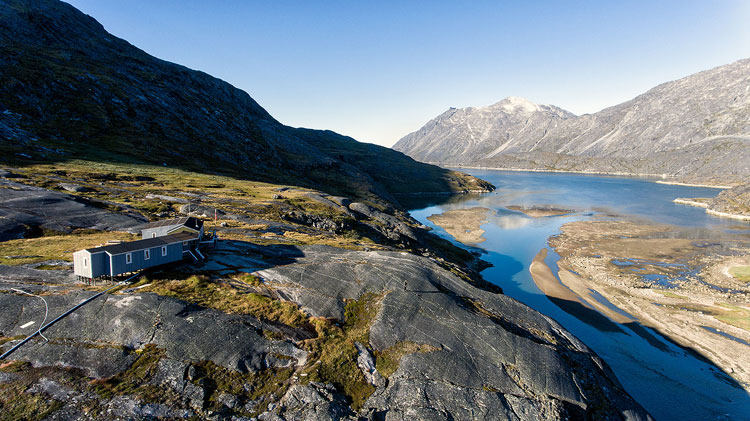 The new Northern Lights Bar equipped with local draft beer on tap, was very popular and quickly became the place-to-be when not fishing or enjoying the outdoor scenery. “Happy Hour Every Hour” quickly became the mantra as beer is included and free of charge, of course.

With no previous experience with this kind of service occupation, our new lodge crew from Maniitsoq learned quickly and improved day-by-day. 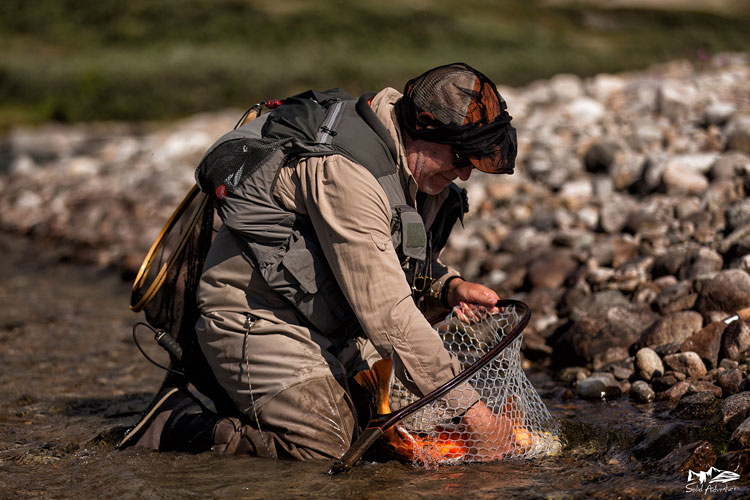 Our guides Tomas and Lawson, familiar to many of our guests that have visited our programs in Argentina, saw the changes in the fishing throughout the season and learned a lot about this river along the way. Lucky for them, all of our guests this past season were great fisherman and even better people, which made their jobs very easy.

To sum it up, we couldn’t have asked for a better first season. This next season will be extended by 2 weeks and along with the updates already in motion, we can’t wait to get back!

If you would like to join us in 2018 we have only a very very few rods remaining, check the full details and availability HERE