It’s is quite difficult to explain a week like this to anyone who actually was not there first hand, the numbers of big fish seen, hooked, lost and landed pretty difficult to comprehend. 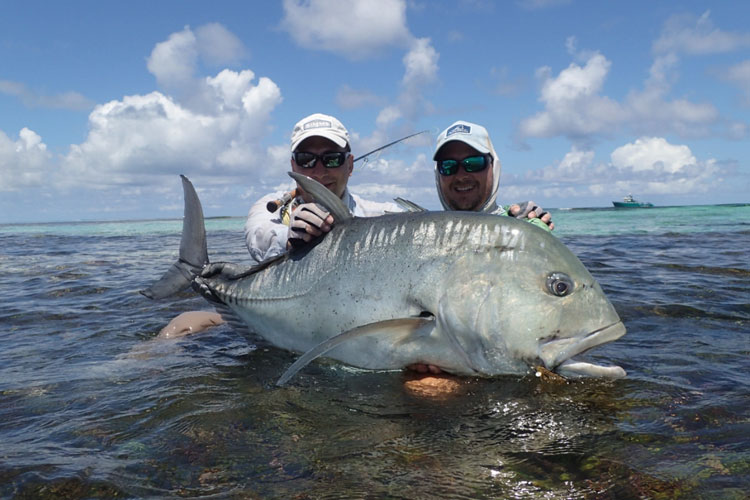 Day 1 started off straight into the goods, with great numbers of GT’s landed, Joe a 1st timer to the Seychelles not only getting his first GT on fly but also breaking the meter mark with a cracking fish of 101cm. Warwick who has been anticipating this trip for a good while, also managed to get rid of the skunk on his first day of the trip with a well-conditioned GT, with Mark also getting the hit 1st ever on the fly. This is always a privilege to be a part of! 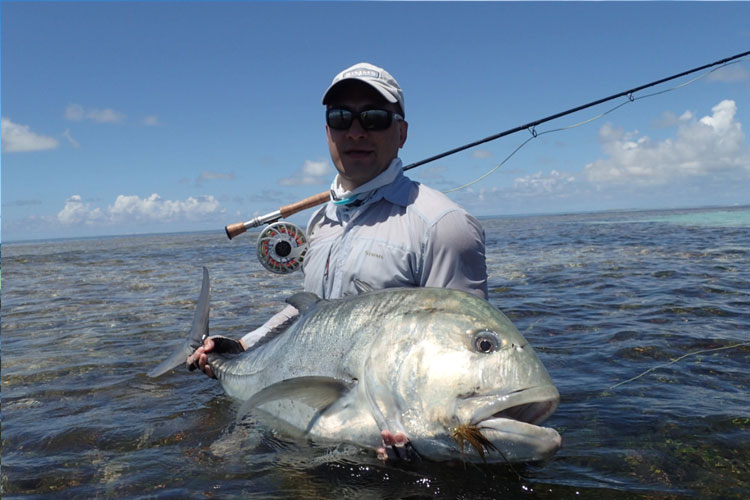 The Triggers and Bumpies were around in decent numbers considering we are moving into the full moon spring tides. Vadim capitalised and was super chuffed when he landed his 1st Bumpy, whilst Andre managed to land his 1st Triggerfish. The Bonefish too were around in great numbers tailing in skinny water, the fish which averaged a respectable 6lbs keeping the reels singing and the chaps happy! 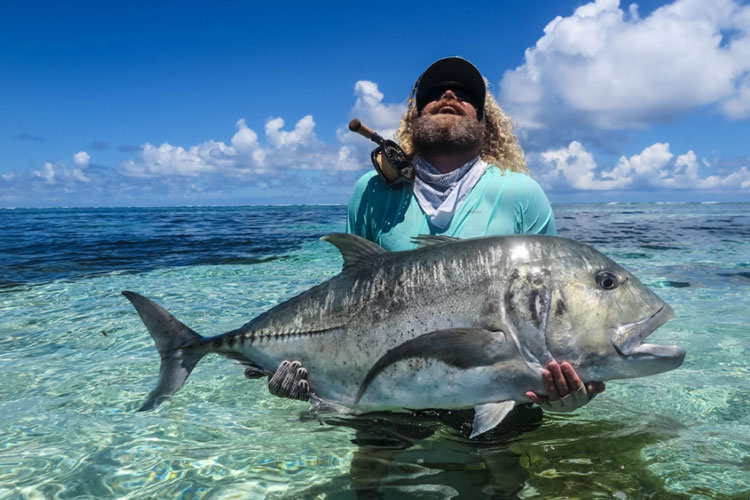 The rest of the week was nothing short of crazy with some impressive fish coming to hand. Andre had returned to the atoll for more of the addiction and promptly cashed in with a beautiful 107cm GT. Randy who had also returned from a recent trip followed suit, this time however landing the fish of a lifetime which measured 125cm. It did not stop there, not by a long shot. 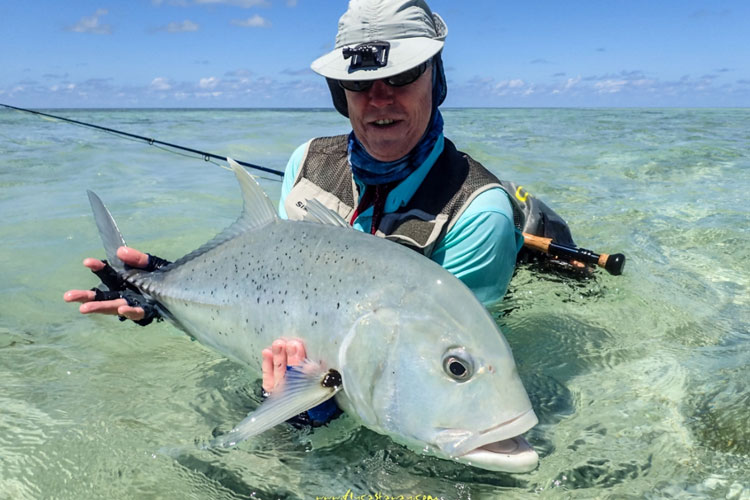 Vadim who has been to the Seychelles a couple of times had a day he will cherish forever, firstly he landed an enormous Bumphead Parrot which measured 105cm, next a tank Giant Triggerfish and finally a Giant Trevally which measured 123cm. An incredible day of fishing! On the same day in the wilds of the deep south, Andre stood waiting for a monster of a fish (no doubt the flashbacks of the 113cm fish he landed on his previous trip running through his mind). A few minutes went by before she appeared, a dark blue shape drifting in towards him. The cast went out and the fish charged, eating the fly a meter or so away from the rod tip. The rest is history and Andre proudly cradled a magnificent 127cm fish of a lifetime! The following day Jarrod broke his PB again, when two solid fish in skinny water showing their dorsal fins were spotted.  A well-presented cast went out and the eat which followed nothing short of breath-taking. This beautiful fish of 111 cm was the cherry on top  and our 8th meter plus GT for the week. Incredible! 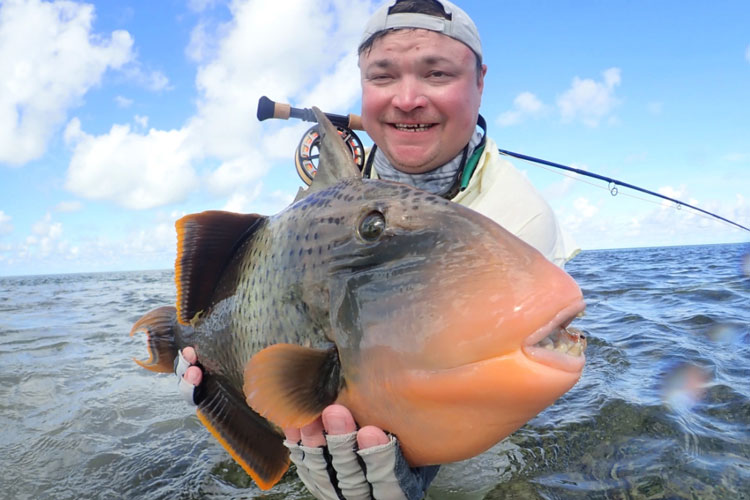 The species fishing on the atoll lived up to its reputation, with loads of groupers, emperors and snappers coming to hand as well as a gorgeous Napoleon Wrasse of 82 cm which was landed by Viacheslav, but it was the numbers of BIG Giant Trevally which are hard to look away from. Welcome to Providence Atoll! All in all it was just an incredible week to be a part of, so thanks to all the anglers for joining us! 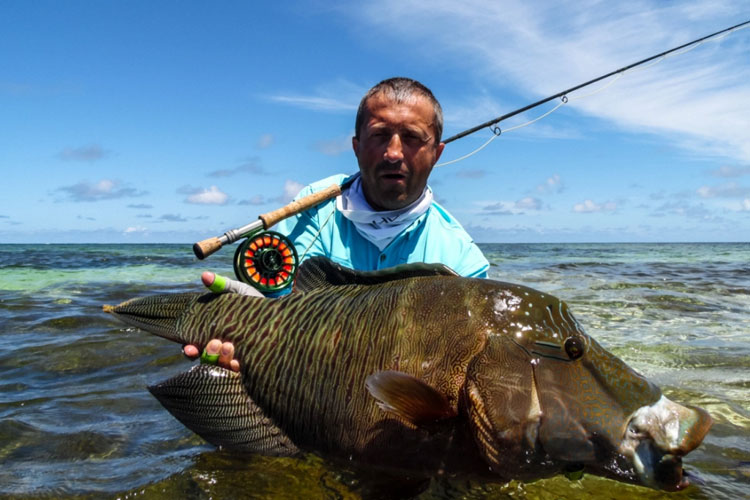