Finally a new Steelhead season in Santa Cruz has started. It’s been a year of waiting, planning, reorganizing and working hard to make another step in this process of improvements, of this amazing fishery.

For the last 2 months pretty much the middle of the summer in this hemisphere an unusual phenomenon was going on… the main glacier up in the headwaters of the Santa Cruz (and one of the last growing glaciers in the world) made a “dam” blocking the passage of water in between two lakes. This kept us concerned about the possible break and a massive raise in the water level, jeopardizing the beginning of the season.

Few days before the first group arrived the water made its way through the glacial barrier and by the time we arrived to the river cabin, ready to start, the glacial bridge went completely down.

The water level increased around 70 cm but the main issue was the colour. The light sediment that is characteristic of this type of river really affected the visibility.

For our first guests of the season on their three-day trip after visiting both our programs “Glacier King” and “Las Buitreras”, their goal was to achieve a migratory fish grand slam, so after catching both some huge King Salmon, and Sea Run Brown (among other 3 resident species like brown trout, lake trout and rainbow trout) they were aiming for an Atlantic Steelhead each. No pressure for us then….. 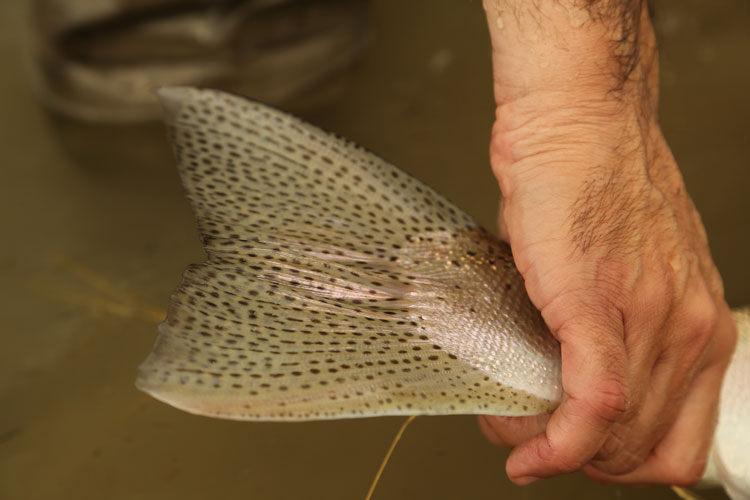 The water situation had us adapting and figuring the new scenario, so for day 1 we went to some of the main holding pools in the stretch to warm up and see how everything was. Unfortunately due to the clarity of the water we had no success even thou it gave as an good idea of what we were facing.

For day 2 the watercolour got even worse, however luckily the 3 customers are hardcore anglers and even though they were doing exactly what was needed to be done, covering water and fishing hard non-stop. No result whatsoever for the day’s efforts.

For day 3 we decided to move downstream in order to try and find fish that possibly went down river with the coloured water. It proved to be a wise decision as during the morning one of the customers managed to land a hen of around 15 lb on his double-handed rod, with a floating Skagit head, 15’ of T-14, and a purple and pink articulated leech pattern. This first sign of action brought a new lease of life for the group as we finally saw some results for our efforts.

The day passed by and as we headed back up to the cabin we noticed that the water was improving, therefore the plan for the last half-day was to head back to the pools we tried the first afternoon.

The White Elephants were the main target and in a matter of a couple of hours the remaining two customers managed to hook a Steelhead each in the run at the top of the pool!

What a relief for both the group and us the guides, mission accomplished in the worse possible conditions you could imagine. But three very happy customers who over a two week trip had landed, Sea Trout, King Salmon and Steelhead a migratory fish grand slam. The results for the short 3 day trip was 1 x hen 15LB, 1 x Hen 13LB and 1 x Hen 9lb. Nothing to set the world on fire but just goes to show that even if the river is blown out in a matter of three days each customer can still land Steelhead. 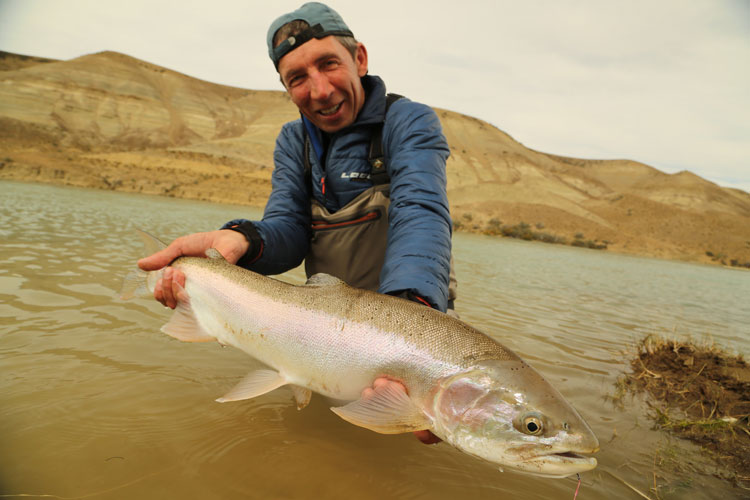 This just goes to show us what an amazing river this is and a fantastic Steelhead fishery. As the water clarity continues to improve, we have ever confidence that the fishing with be fantastic. 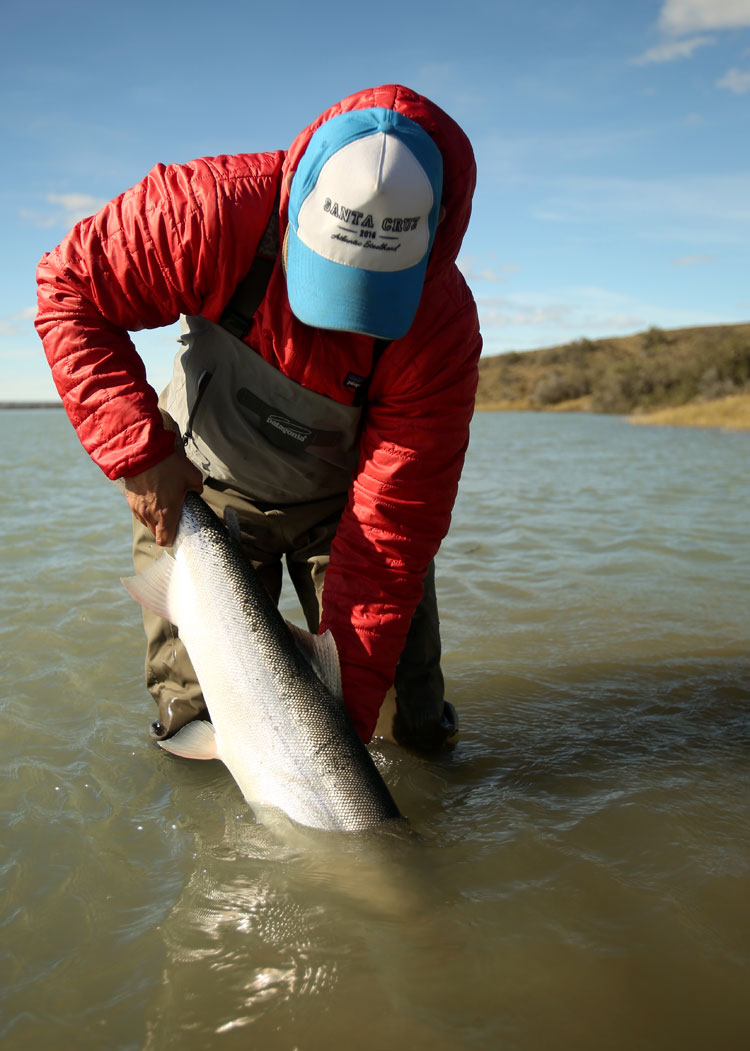 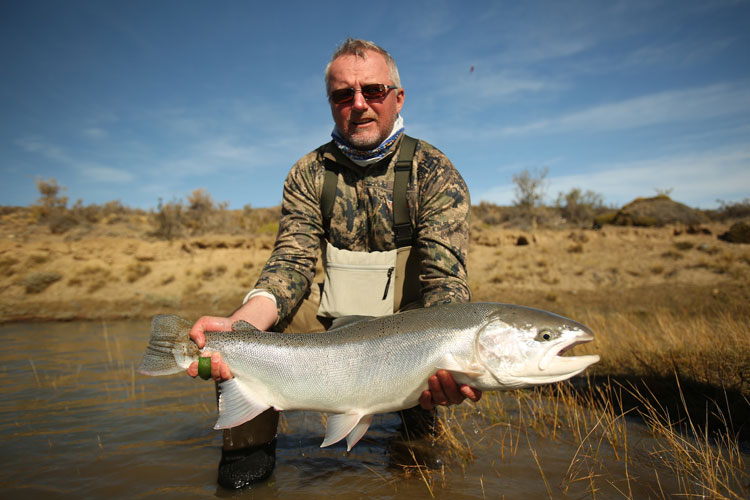 We do have availability this year if anyone would like to come and explore with us, we are also now taking bookings for next season, which will be our first full season with filled weeks.

Also breaking news Peter will be hosting some dates in 2017, full details to follow: