Arctic char (Salvelinus alpinus), or Bleikja (Pinky) in Icelandic, is a member of the Salmonidae family (along with other char, trout and salmon) and it is the most widespread freshwater fish species found in Iceland. It inhabits a wide range of habitat from lakes and small mountain streams to roaring glacier rivers, but throughout its habitat, it requires cold, clean water.

Variations between separate populations of the char can vary greatly and in Lake Thingvallavatn alone you can find four distinct local adaptations or morphs of Arctic char that inhabit different areas of the lake, each having unique life cycles, different feeding patterns and vast differences in appearance. 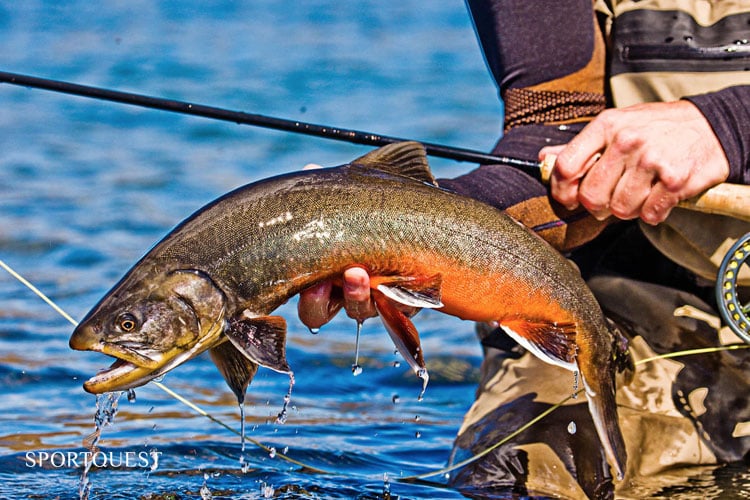 Char populations have adapted to be either lacustrine, riverine or anadromous which is a testimony to the species great adaptability. A full-grown Arctic char can vary anywhere from a quarter pound to over 20 pounds in weight based on its habitat, feeding behavior and life cycle. Color variations are many, ranging anywhere from the Silvery back and yellowish belly to dark black back and fiery red belly, with the most extreme colouration coinciding with spawning season. 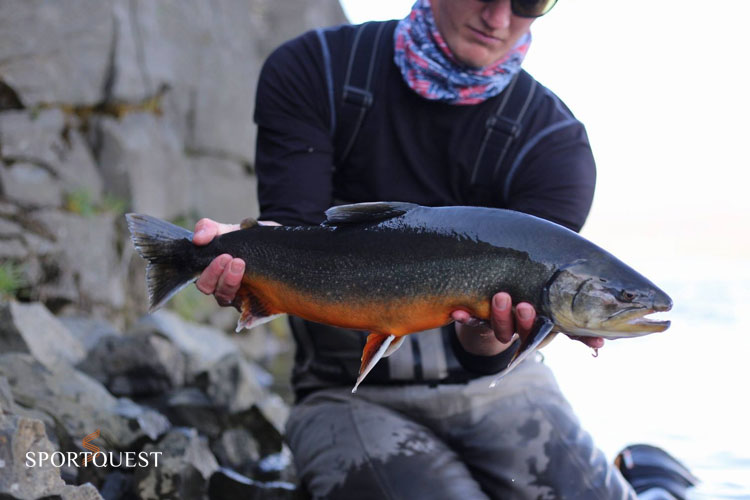 Like brown trout the Arctic char spawn during the fall, usually between October and November. The bulls develop a hooked jaw (kype) and turn redder while the hens remain more silver. The females construct the redd´s while the males fight over territory. Char can be a very long living fish and commonly reach past 20 years old, with the oldest known specimen being over 40! After reaching maturity between the ages of 5-10 years old they will spawn every 1-3 years for the remainder of there life´s.

Anyone that has fished for Arctic char will tell you that pound for pound they fight just as hard as any salmon or trout species out there. Once you hook one you can expect long runs and big jumps. Often times you will also get them shooting straight down to the bottom of the pool while shaking there heads. Given that the char can feed on anything from Zooplankton to Crustaceans, Chironomidae to freshwater shrimps and stickleback to other smaller Arctic char the variety of flies used to catch them varies just as much. 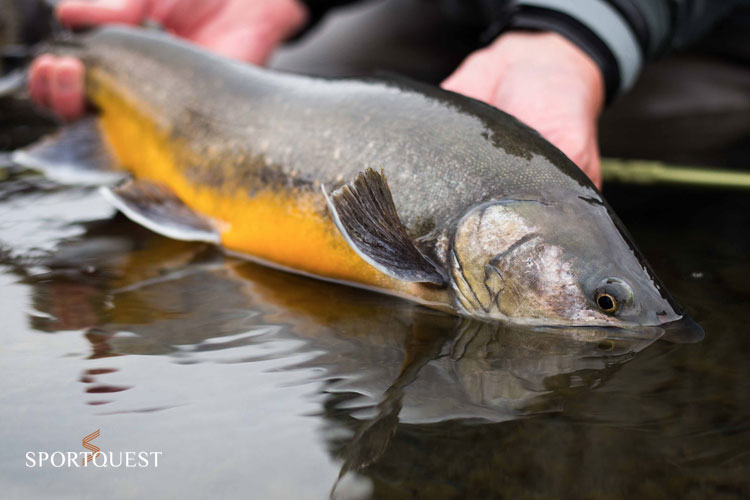 Upstream nymphing with an indicator or Euro nymphing with bead head flies like Peasant tails, Krókurinn, Higa´s SOS or Hares Ears is a popular method. Fast hook sets are crucial when nymphing for them as they are quick to spit the fly once in their mouth.

For targeting the bigger char that have turned Piscivorous, streamers are often the preferred method, and flashy attracter type streamers will many times get just as good or better results as exact imitations of local baitfish. Hot pink, red and yellow are popular colors for streamers. When dry fly fishing for the Arctic char it is important to pay close attention as they are prone to merely sipping flies off the surface, barely getting there snout above water. Although matching the hatch is important and usually the most effective method, many will find luck with large and flashy attractor type dry flies that stir up the char’s curiosity.

We are extremely proud that we can offer our clients some of the best Arctic char fishing in Iceland, and beyond. With our crystal clear Highland rivers being the crowning jewels of our exclusive Arctic char rivers. These fish are without a doubt one of the most photogenic sportfish in the world as well as one of the best fighting fish in its size class so a trip targeting them should leave no one disappointed.