The Return Of Providence

On the 30 March the Providence guide team Tim, Warren and Wesley set of from Joburg for the 2016 Providence season. Flights to Mahe then Assumption and then a 30 hour crossing on board Maya Dugong to Farquhar atoll were we met up with the fourth member of our team Matthew Cosson and welcomed 12 very pleasant and extremely amped guests and we were on our way. The weather was fantastic and the sea flat calm so the crossing to Providence only took 5 hours with beers and lots of happy and excited chatter on the back deck. 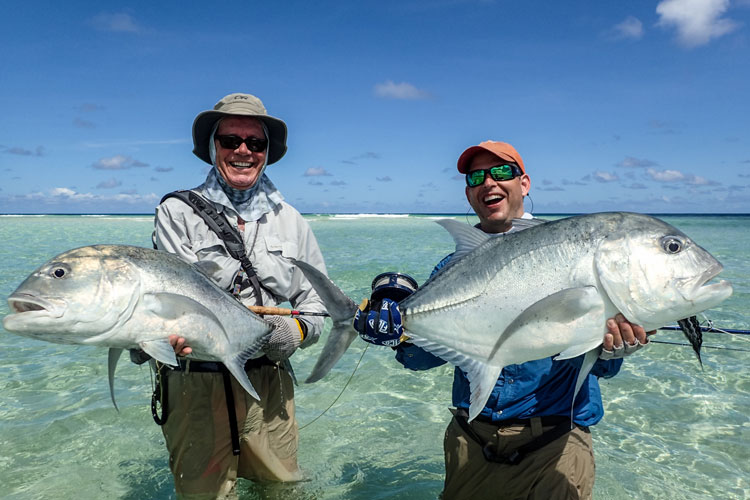 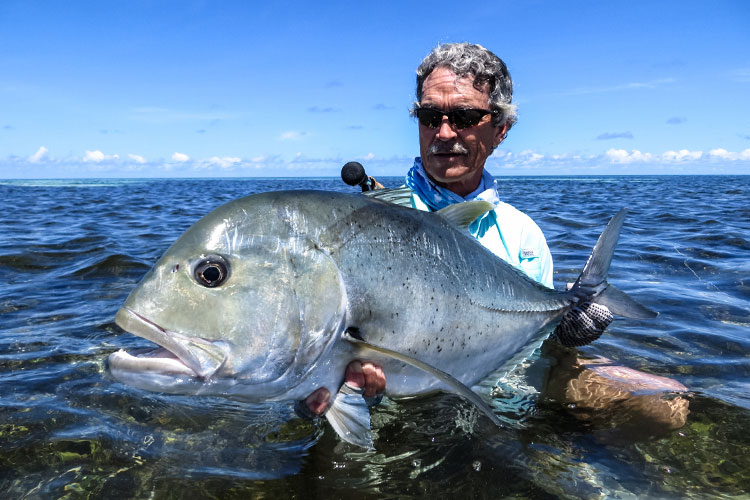 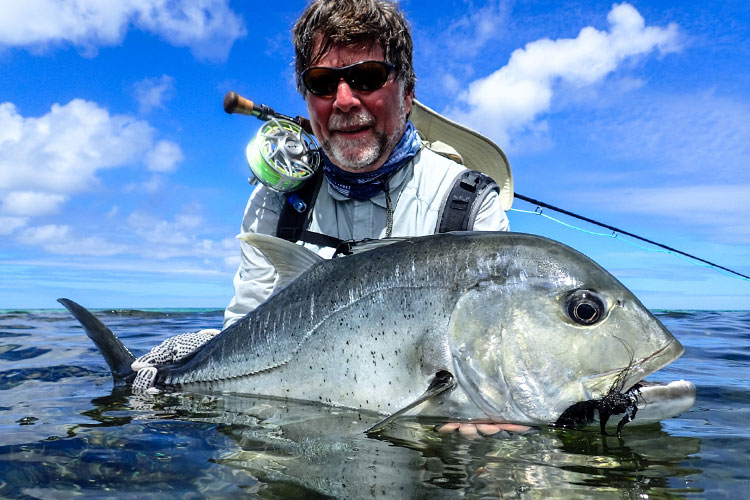 Anchored at midway for day 1 the groups set out to the areas carefully chosen by the guides in lovely conditions. 8 hours later all returned back to the boat safely with stories of great fish caught and lost as well as some of broken rods all in good spirits. 12 GT’s and some very nice Boha Snapper landed to start the week.

Day 2 had overcast conditions and bit of wind, but still good fishing. Guide Tim found some deep drainage channels full of fish life. His avid anglers got stuck into some GT’s and a mixture of reef fish which were targeted by casting over the channels and swinging and drifting flies down to fish sitting in the current waiting to “attack” . Some great double ups on GTs for the group. Guide Warren went on the long run north and got his guests stuck into some world class bonefish. To top the day Basil with Guide Matthew and Dave with guide Wesley got the much sought after Milk Fish. Dave with a 22lb and Basil a 16lb fish. With the dropping tide, algae coming off the atoll resulted in hundreds of milkfish feeding very aggressively on the surface which made for very visual fishing. 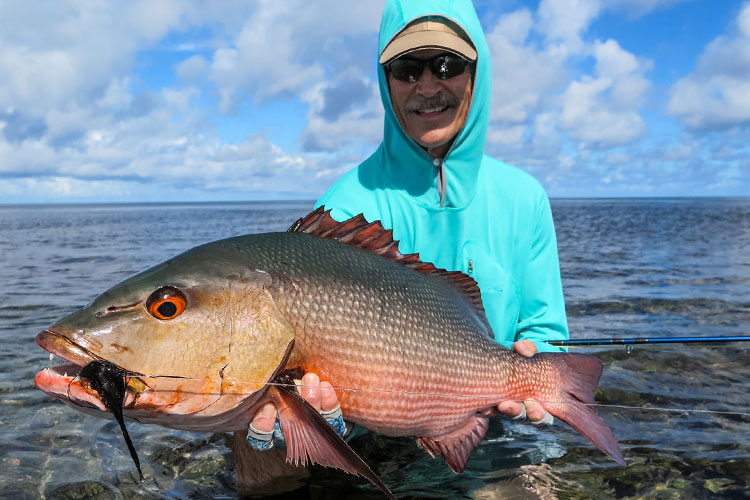 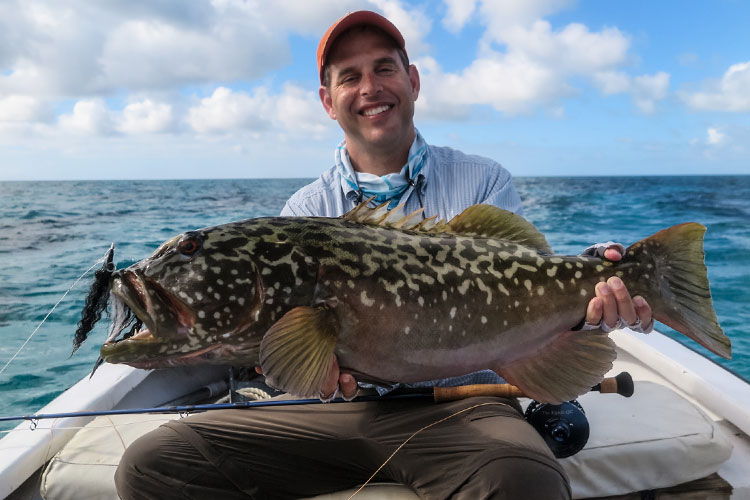 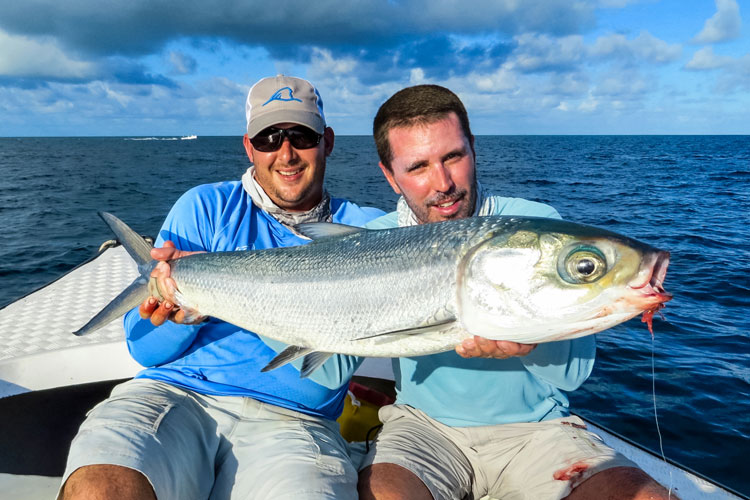 Early on day 3 Dan had a run in with a GT so big he had first thought it was a shark. He got smoked and cut off on the coral by a fish well over the 1 m mark. Some nice GTs landed a couple of Trigger fish landed and stories of lost Bumpies. Gt’s riding the back of stingrays was the order of the day for Wesley and his clients. All these fish were moving through a white sand channel with shoals of Gt’s following closely behind the stingrays. They capitalised on these opportunities and managed to land 8 Gt’s in a very short succession. Of note was a Gt that engulphed a Fly only 30cm from the rod tip.

Day 4 and 5 is where the proverbial “shit” hit the fan. On the North point guide Warren got into the GTs in the surf casting to GTs surfing in the waves. Not long and the other groups joined in and fun was had by all even in the deep water. Plenty of double hook-ups and even a triple hook-up for Guide Wesley and his team. Guide Matthew and his team hit it big, fishing on the eastern side with Dave and Dan both got slams consisting of a GT, a Bumpy and a Trigger fish. Also on day 5 Dave had a stand out day landing 8 GTs fishing with guide Wesley on a day were they landed 17 GT’s just in their group. Guide Matthew took his team east on day 5 were they found some very nice GTs on stingrays on the pushing tide with Basil and Robert landing a double up and then had a double up Basil GT and Michael a fantastic Napoleon Wrasse. 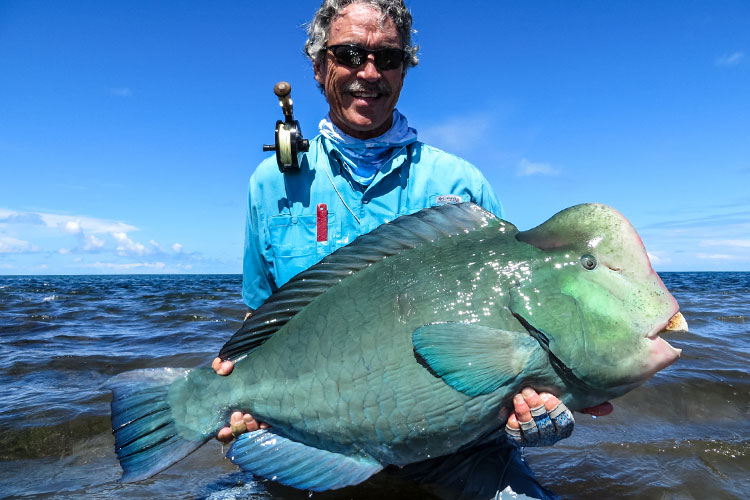 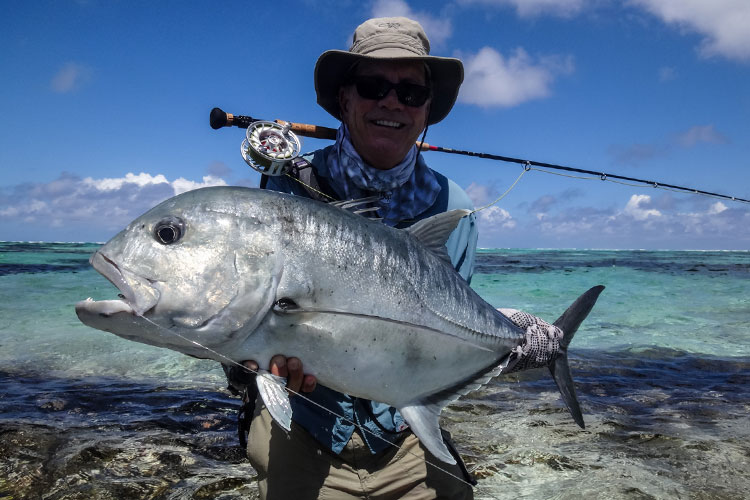 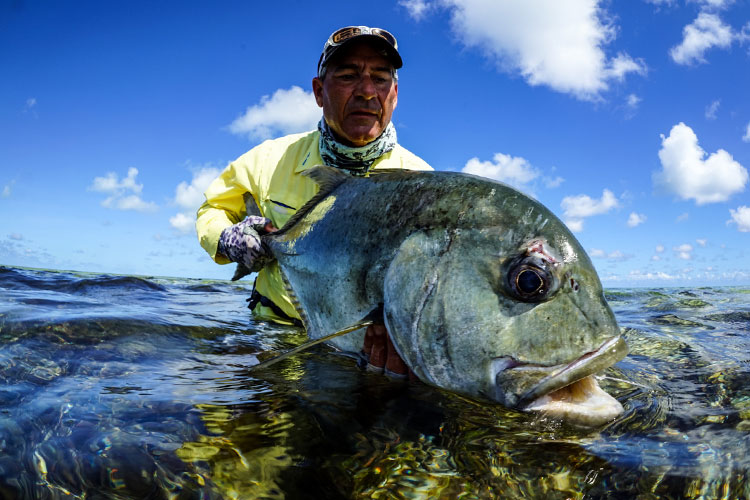 For the last day the mother ship made anchor in the south and there was great fishing. Guide Tim and his team went to the far south point of the atoll fishing for big GTs in the coral and deep water. Very technical fishing bought great reward with Dave getting a 98cm GT and Basil a 95cm among 7 very nice fish. Guide Matthew went to his beloved eastern side of the atoll and got some very nice GT out of a group of 50+ GTs. Wesley and his team took full advantage of the myriad of coral bommies, landing 9 different species including a 20lb green jobfish which is a predominantly a deep water species.

All in all, an unforgettable week was had by all the anglers with most anglers adding new species, new memories and also new personal bests in their flats fishing repertoires. The guide team said their good bye to a very satisfied group of anglers and welcomed a new set of clients that were frothing to get onto the flats and experience the stories that were shared in passing. Until next week!!!

Wow what a start to the season and a great return in opening up Providence after the close. If you are interested in joining us to Providence Click Here to see the full trip details, available dates and prices.

You can also see ALL our Seychelles destinations Here. 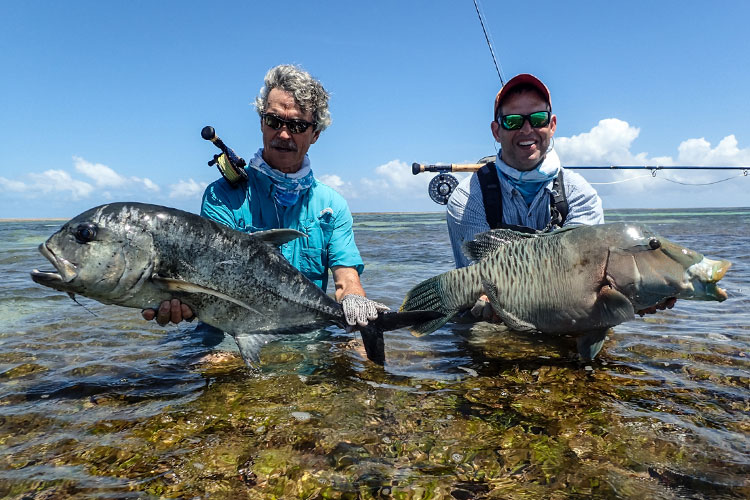 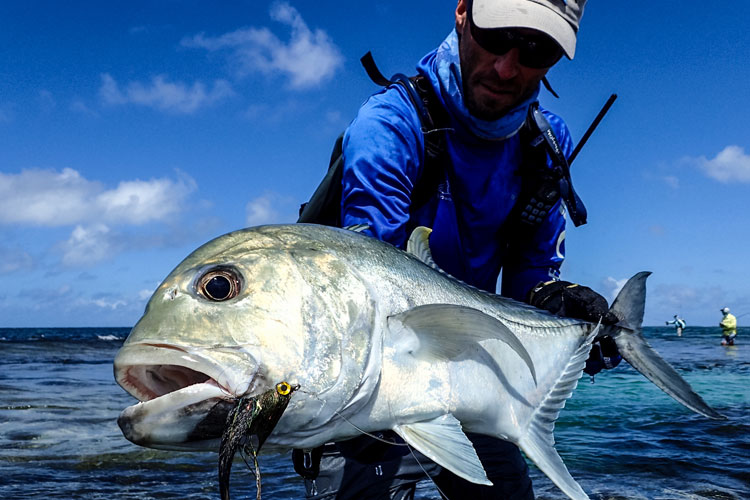