It’s very hard for me to believe that mid-September has already arrived. Our favourite season – the Atlantic Salmon Fishing Season that is – is quickly coming to an end. There are less than 10 fishing days left and I can only imagine what they will have in store for us. This season has been truly amazing! Our three rivers continue to deliver consistently and I believe it’s safe to say that our wonderful guests from this week are heading back home with amazing memories and new fishing stories. 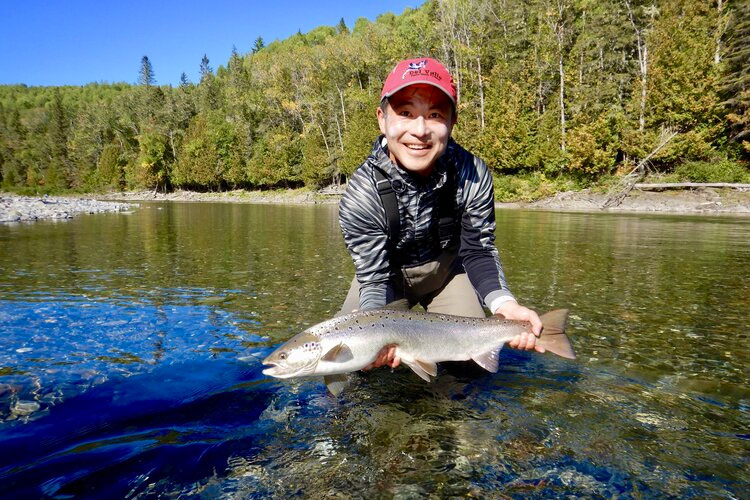 We welcomed Ludwig as our guest at Salmon Lodge for the first time this year and he landed this beauty on the Bonaventure River! Nicely done Ludwig!

Just when we thought summer was a thing of the past and fall was upon us, Mother Nature threw us for a loop. For the most part of this week, the weather was cool and refreshing. Sweater weather was in the air and the fall colours were beginning to show face as the leaves on the trees began to turn yellow, orange and red. As the weekend got closer, the weather got warmer. Our days were back into the 20 plus degree range and the sun was once again warming up our afternoons and rivers. 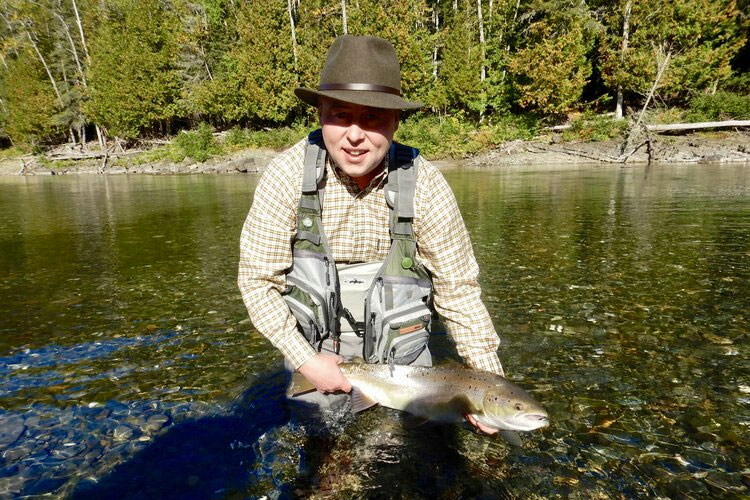 Kieron landed this beauty on the Bonaventure River! It was an absolute joy having you as our guest and we hope to see you back again next year! Congrats Kieron!

The Bonaventure River has been sitting pretty all week in the 10 to 11 cubic meters per second range. These are very normal levels for the Bonaventure River during the month of September. We are expected to receive some rain this upcoming week so hopefully, the weather man’s predictions hold up. 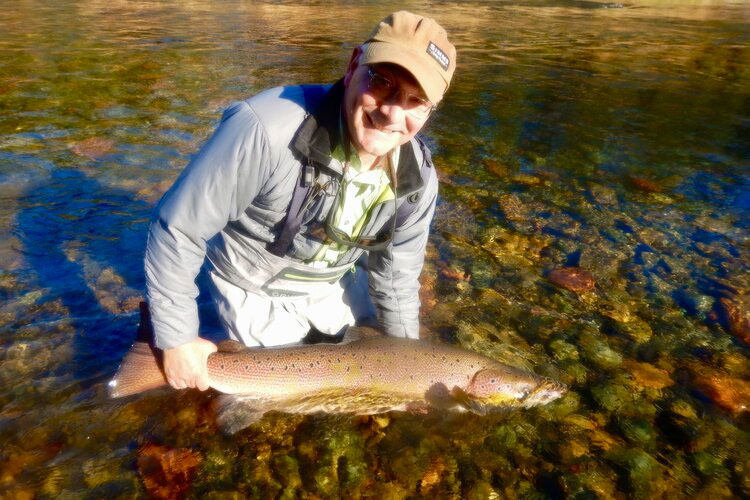 Our first-time guest Phil landed his personal best this week on the Grand Cascapedia! We are so happy for you Phil! Congrats!

The water levels of the Grand Cascapedia have been slowly decreasing as the week progressed. We started off at 28 cubic meters per second and found ourselves at 17 cubic meters per second at the end of the week. These are very comfortable levels for the Grand Cascapedia at this time of year. Our salmon are holding nicely in their pools and the river conditions (level and temperature) are keeping them happy campers. 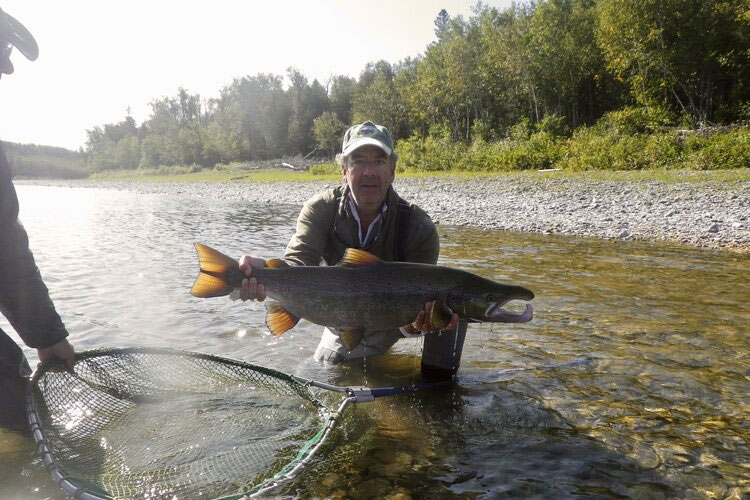 Gardi was our guest this week at Camp Bonaventure for the first time and I do believe the rivers treated him very well! Here he is with his wonderful salmon landed on the Bonaventure River! 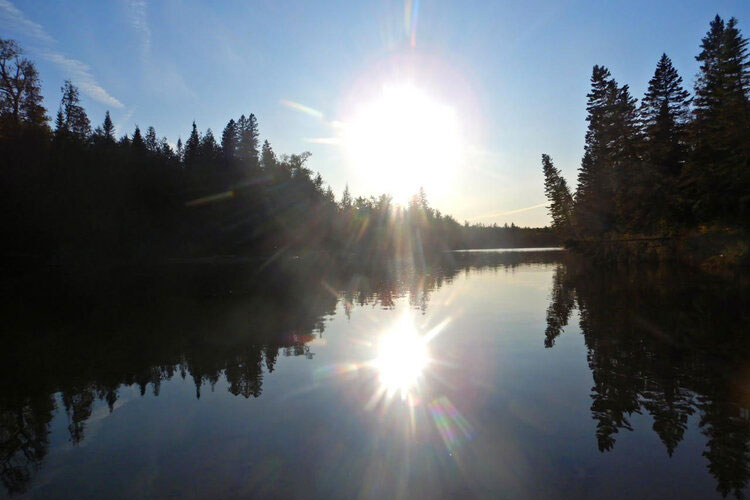 There is no better place to be than on the river.

The flies that caught the attention of the salmon this week were the Red Francis, Alley Shrimp, Silver Rat and John Olin. The sizes that were used varied according to the river fished and its levels but since the Grand, Petite and Boni are all lower at the moment No. 6, 8 and 10 were mostly used. The dry fly action has seemed to come to an end like our warmer weather but it never hurts to try a dry fly in the middle of the afternoon when the river temperatures increase.

It is not long now before the King Salmon season starts to kick in full swing on many of our King Salmon destinations around the world. With this in mind, I thought it would be...
Read More >
Species Spotlight: Wels Catfish

Fishing for Pacific Salmon has over the last few years become increasingly popular with British Anglers. With the sad demise of our own home Atlantic Salmon fishing, many anglers have decided to travel further abroad...
Read More >
Stay in Touch
Sign Up To Our Newsletter
Sign up to our weekly newsletter to get the latest travel advice, offers and adventures.
Sign Up Now
Request A Brochure
Our inspiring, free brochure is packed with incredible travel inspiration from every corner of the planet.
Request Now
Submit An Enquiry
Our experienced team are always on hand to help you with any questions or advice you need.
Enquire Now