This past week has been the best of the season so far. Water conditions are slowly getting back to normal after a couple of weeks of higher than normal water levels. Last week’s high tides brought a nice run of fresh Salmon to all our rivers and fishing has been getting better with each passing day. Our lower pools on the Bonaventure, Poirier and McGuire are fishing very well and giving up a few salmon each day. Billingsley Pool and Red Cliff are also holding good numbers of fresh Salmon. 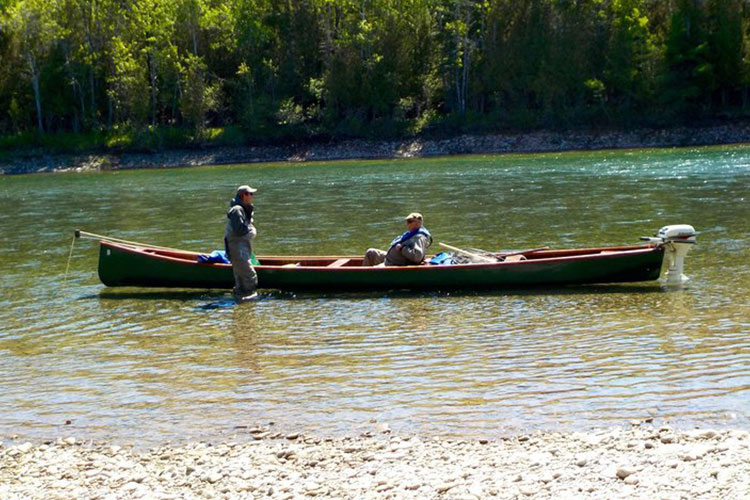 The Bonaventure, water conditions are perfect! 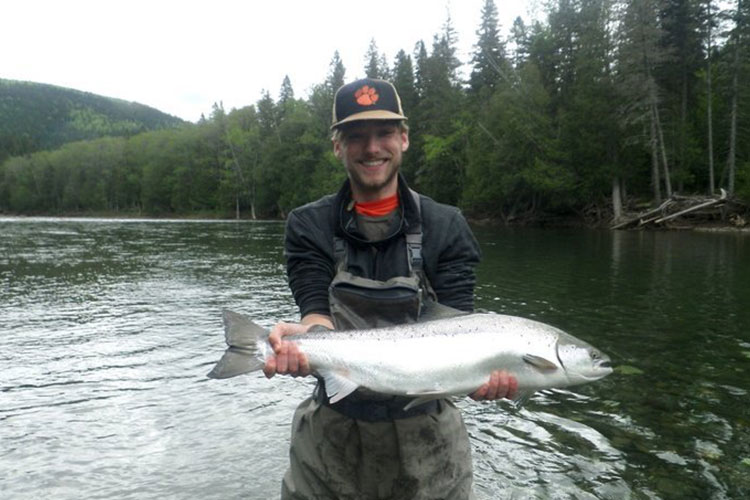 Ward with his first Atlantic Salmon, congratulations Ward, may this be the first of many!

Water levels on the Bonaventure were high for the third week of June, that being said, it’s exactly what we want. Thirty cubic meters per second is about normal for this time of the season, we are now in the mid 40’. The Bony is clearing up well and the higher water levels are allowing us to use canoes everywhere. 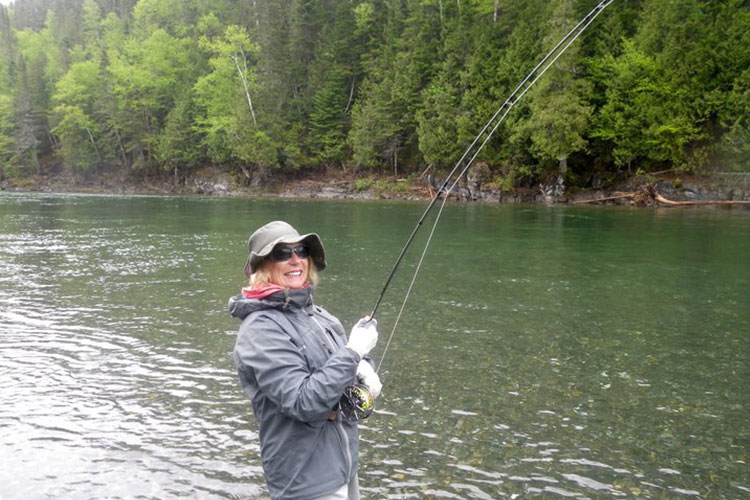 Camp Bonaventure regular Sonja plays her first one of the new season. 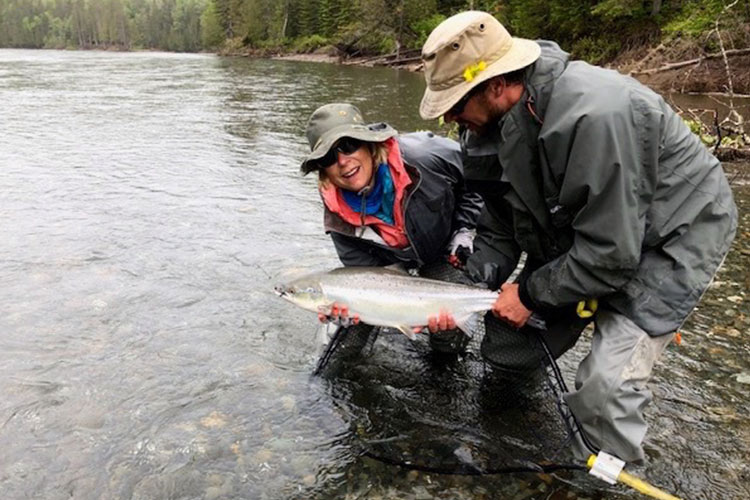 Sonja won the battle, Congratulations, see you in August for some dry fly action! 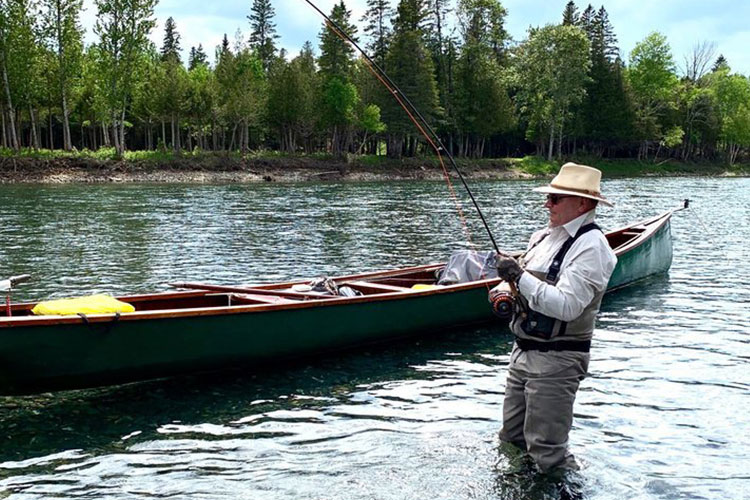 Michael has been coming to Camp Bonaventure for many years, he’s a great angler and a dear friend. Way to go Mike!

The Grand Cascapedia is fishing well and water conditions are improving from record high in early June. The Grand is now flowing at 70 where 30 is the norm this time of the season. We are beginning to catch some fine Salmon on the Grand. 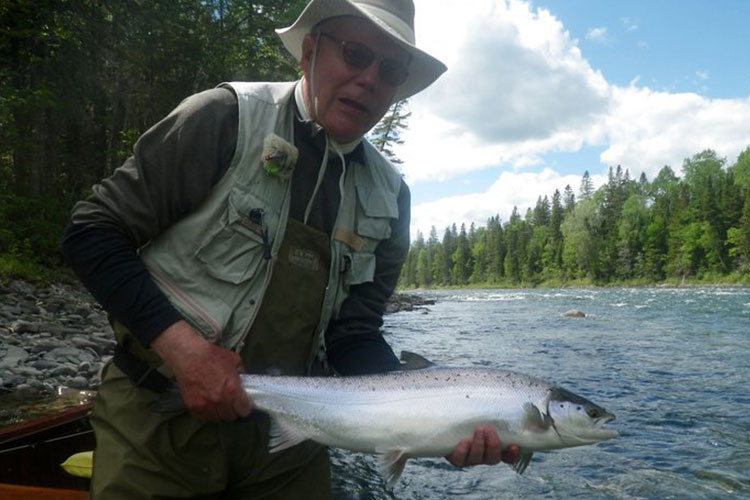 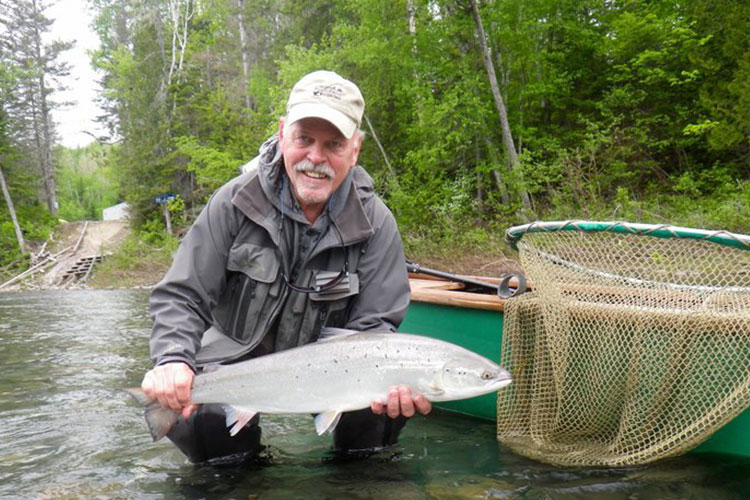 Arve Gustafson from Norway was the top rod for the week. Congratulations!

This week’s flies of choice have been the Stone Ghost, Silver Rat and John Olin in sizes 4 and 6 . Spey fly’s in sizes 3, 5 and 7 have also produced a number of nice fish. Bombers are beginning to work, especially Green, Dark Brown and Blue patterns. we had a few up to the dry’s this week! 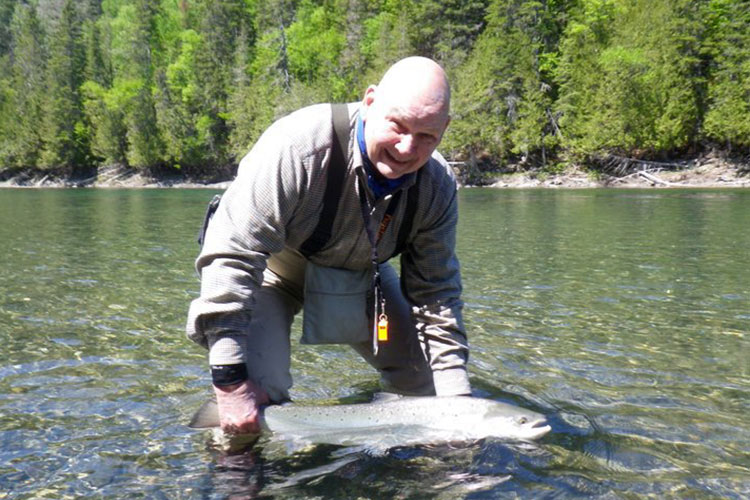 The weather man is calling for rain and showers on Tuesday and Wednesday and Thursday, nothing too drastic but just enough to keep us fishermen happy.

I will leave you with a few more pictures below. 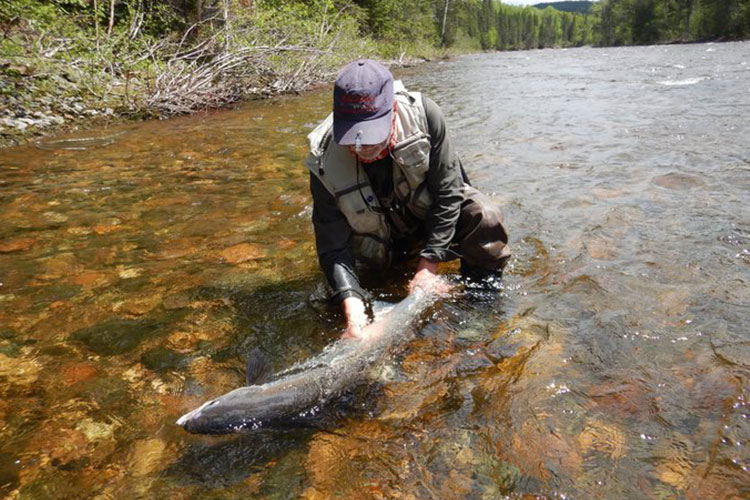 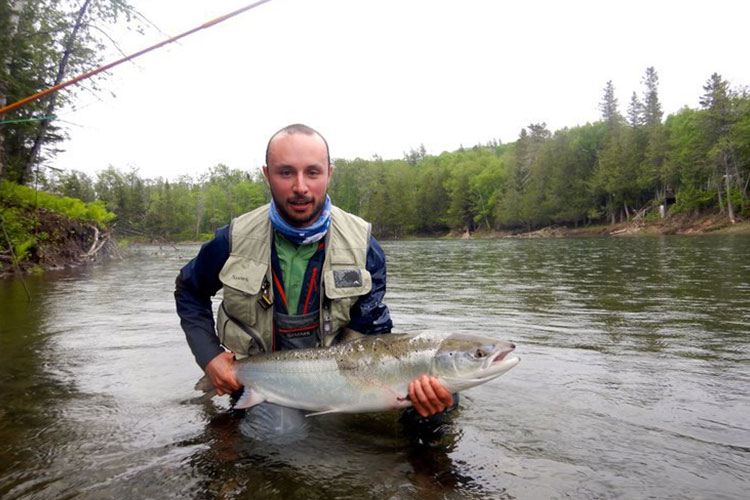 Filippo came all the way from Italy to catch his first Grand Cascapedia salmon, way to go Filippo ! 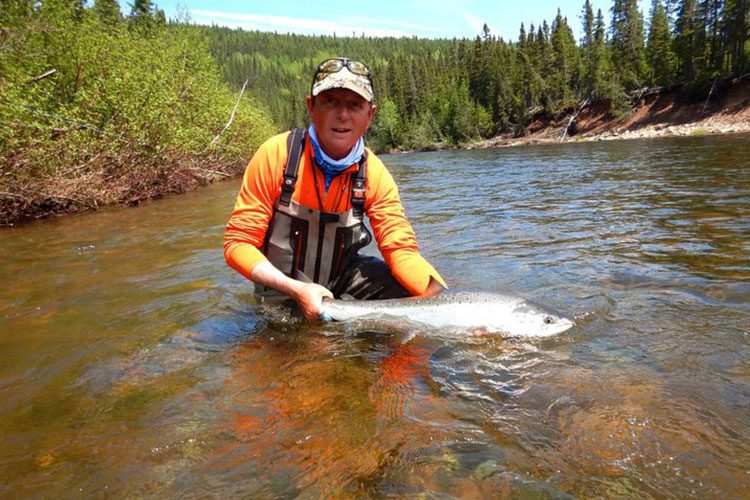 Orazio does it again, this time on the Grand Cascapedia, Nice fish Orazio, see you next year my good friend. 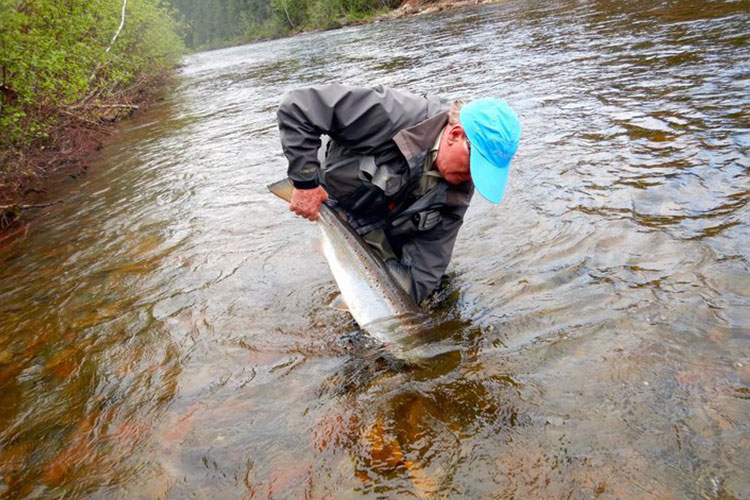 A customer with his first Grand Cascapedia Salmon, congratulations hopefully we’ll see you again next year. 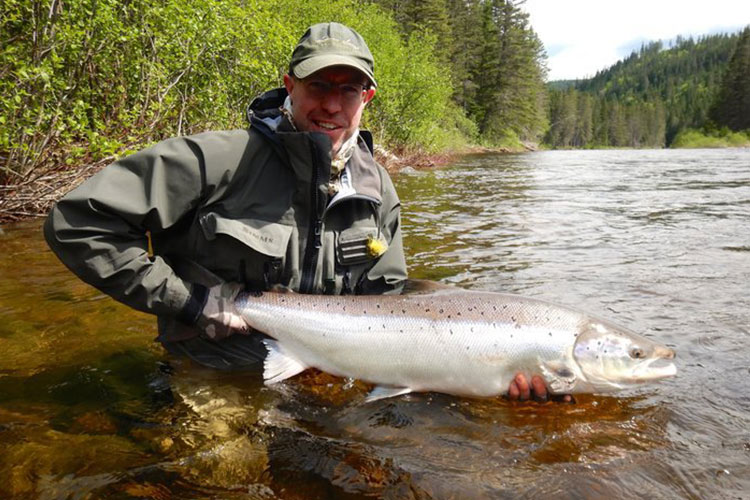 Salmon Lodge regular and good friend Brian Spence with his first one of 2019, congratulations Brian!