The first few days of the 2017 have been great and we’re very encouraged with the beginning of our new season.  After last year’s average returns we are all waiting to see what this year will bring. Salmon typically begin entering our rivers in late May and early June with the peak runs beginning any time after June 10th. The first fish are usually big females that run straight through to the top of the river. 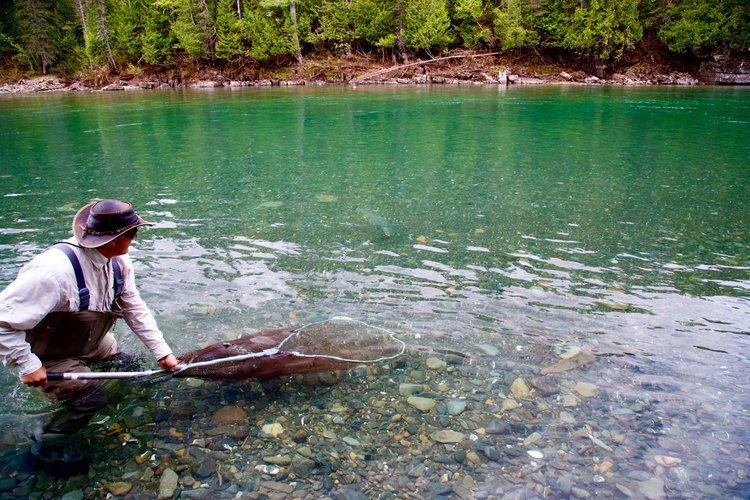 Water condition are great on all there rivers. With the high water of mid May we didn’t expect the rivers to be in such great shape this early. Last week’s rain maintained our rivers at perfect early June levels. The Bonaventure is running at 52 cubic meters a second which is a little higher than normal for this time of the season but great for the first run salmon. The Grand Cascapedia is flowing at 58 and the Petite Cascapedia at 32 cubic meters per second. the Petite is actually low for this time of the year.

Our 2017 season started off in fine form with Dan landing the first one of the season on June 1st, a nice 24 pounder! caught on a Jean Marc Poirier tube fly. We are seeing fish and catching fish in our lower pools on the Bony on a regular basis. A couple if the 15 pound range were released by Joe and Fiona. The middle and upper sections are also beginning to hold fresh salmon. Water temperatures are still cold in the 45 to 48 degree range  and fishing from a canoe is the best approach at the moment. The Grand Cascapedia has fish throughout the whole river system, the pools are not loaded with fish yet but they are there. The Grand is in the 48 to 50 degree range. 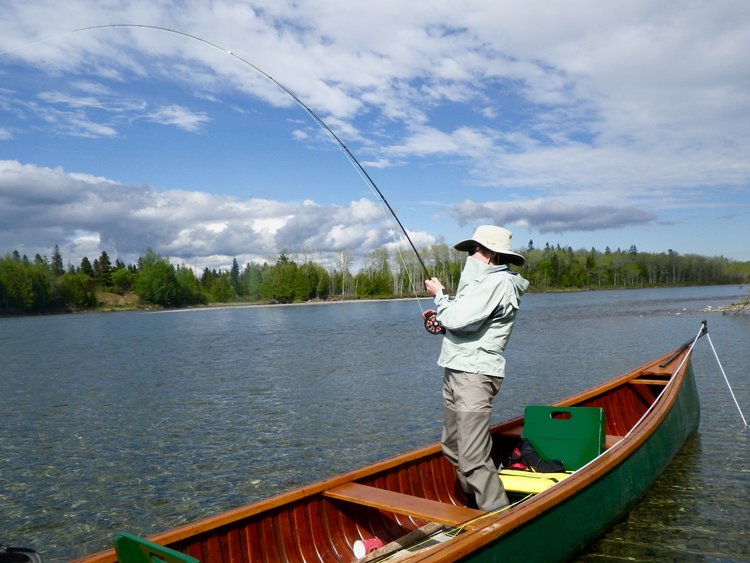 Higher water levels call for a bigger fly’s choice. We have been catching our fish on no. 2’s and 4’s, patterns working the best this week have been the John Olin Spey, Magog Smelt and Picasse , all on tubes and spey patterns.  It’s still a little too early for dry’s as the water is sit a little cold. 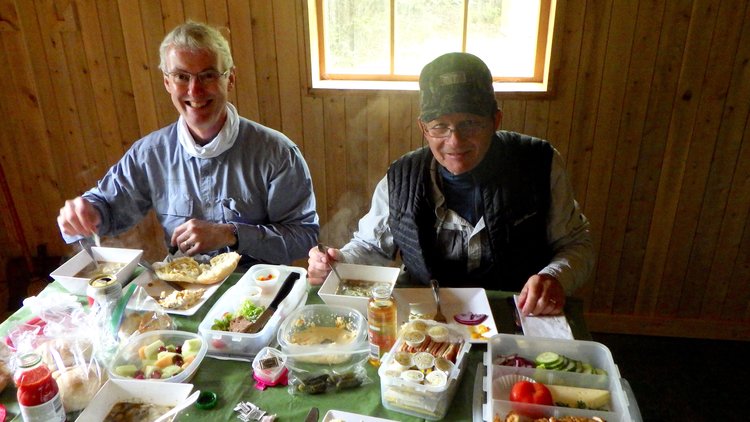 Fishing buddies John and Jack enjoy a nice lunch and a short break from he cold water.

A good start to a new season, let hope it continues in fine form.