If you ask a fly fisherman about the places they would love to fish, you will find Alaska is always amongst the top of their list. It’s no wonder when the state of Alaska has over 12,000 rivers! However, with such a huge area and so many rivers to fish where should you start? This is a question which I get asked on a regular basis. I suppose there will be many people who will have their own idea but below I have picked my personal favourites.

The Agulukpak River, called Pak for short, is only 2 miles long and flows between two lakes. This is a little river, especially at the beginning of the river where it flows out from Lake Beverly. The fishing with either dry’s or egg patterns for the Rainbows, Grayling and Char is spectacular. It was also one of the first places my partner ever came fly fishing with me and we had such an amazing day. It’s not often you can watch your partner on her first-ever fly fishing trip catch and land double-figure wild Rainbows. 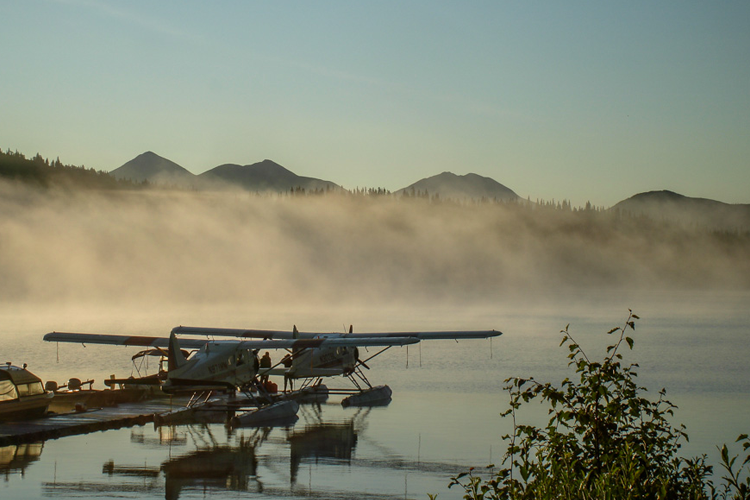 The Kenai River is one of the most famous rivers for Chinook, which are also known as King Salmon. You will find all species of Salmon in this river including Rainbows and Dolly Varden, however, it is the Kings that always excite me about this river. This river once produced a Chinook world record back in 1985 weighing in at 97lb! Some of my early days fishing for Chinooks were on this river and it taught me a lot about fishing for these fish and for that reason it will always be one I suggested.

The Goodnews River flows out of the Ahklun Mountains and wanders through the Togiak National Wildlife Refuge as it makes its way to the Bering Sea. This river boasts outstanding runs of all 5 species of Pacific Salmon, sea-run Dolly Varden and resident Leopard Rainbows and Grayling. Chrome bright Salmon, most still with sea lice, are the norm. These fish are fresh and feisty. They will challenge your angling skills. Resident Leopard Rainbows and Grayling live in all areas of the river, and follow the Salmon upriver, as they get ready for their spawning rituals. 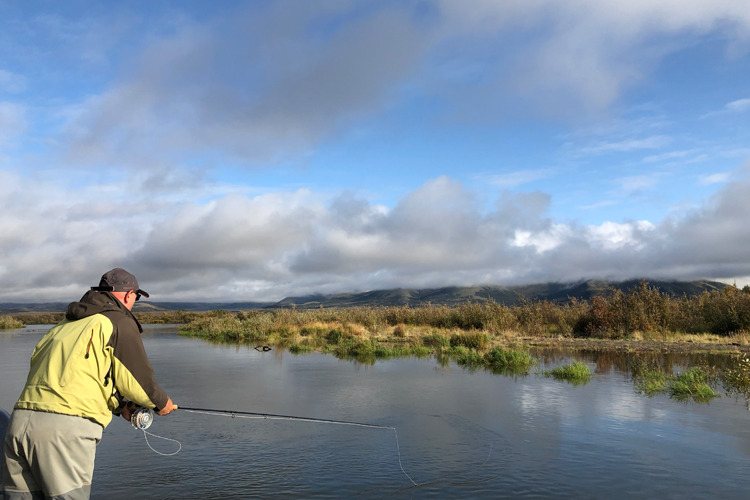 This prestigious river is located within Katmai National Park, with its headwaters in the surrounding mountains and draining into Bristol Bay. It is also known as the Branch River because of its seemingly endless braided river channels. Wading and fishing are made easy on the many small natural islands and gravel bars, which the river flow creates. The Alagnak has world-famous runs of all five species of Pacific Salmon and is home to a host of resident fish. This is a great river and destination for anyone who wishes to experience Alaska for the first time, the fishing is easy, the wading is easy and you are going to see lots of great wildlife.

The Kvichak River flows from Lake Iliamna and twist and turns for around 50 miles before emptying into the sea ta Kvichak Bay. Again, in this river you can catch all 5 species of Pacific Salmon, however, it is the trophy Rainbows that attracts many of us to its shores. Wild Alaskan Salmon over 80cm can be found here.

The Kanektok River is located in the Togiak National Wildlife Reserve of Southwest Alaska and flows westward 85 miles from Pegati Lake and into the Bering Sea at the city of Quinhagak. The river is by all standards a remarkably diverse fishery, perfectly suited to both single-hand and spey rod anglers. It offers one of Alaska’s best opportunities to target both King Salmon and fresh Silvers with the fly. To fish this river you get to stay in remote tented camps right on the edge of the water. I love this style of fishing in Alaska as you feel totally at one with nature. 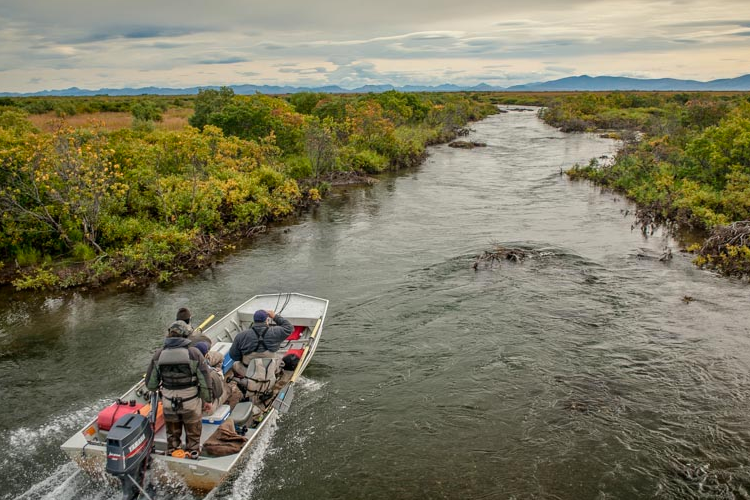 This is probably one of Alaska best-kept secrets located only minutes away from the Kenai River. Spilling from the vast waters of Tustumena Lake, the Kasilof River flows for about 15 miles to Cook Inlet.  Like the Kenai, the Kasilof River is glacial and largely fed by snow and ice from the Harding Icefield. This is a great river which many people find easier to fish than its larger neighbour the Kenai. It has more areas that can be fished while wading and the average depth makes it easier to cover fish with your fly. I like this river as I have always found that it provides amazing fishing for Chinooks/Kings that are normally in the 20lb to 40lb range.

The Togiak River is only 48-miles (77 km) long. It begins its life from the Togiak Lake before flowing all the way to the ocean at Togiak Bay. It’s on our top list as it has always been a very productive river producing all five species of Pacific Salmon along with some great Dollie action and huge Rainbows. It is a great river to get good all round action.

The Ayakulik River located on the southwestern shore of Kodiak Island is the largest river system on the island. This is such a great little river that only flows for 28 miles from its headwaters to the shore of Kodiak Island. This river is only accessed by two fishing lodges so if you want something well out of the way it’s a great destination. The fishing is mainly for Salmon and they get huge runs of the 5 species. My favourite fishing times here are either for the Kings fishing right down by the estuary catching sea liced fish or later in the year when they get massive runs of Silvers and you are catching 40 to 50 fish per angler per day. 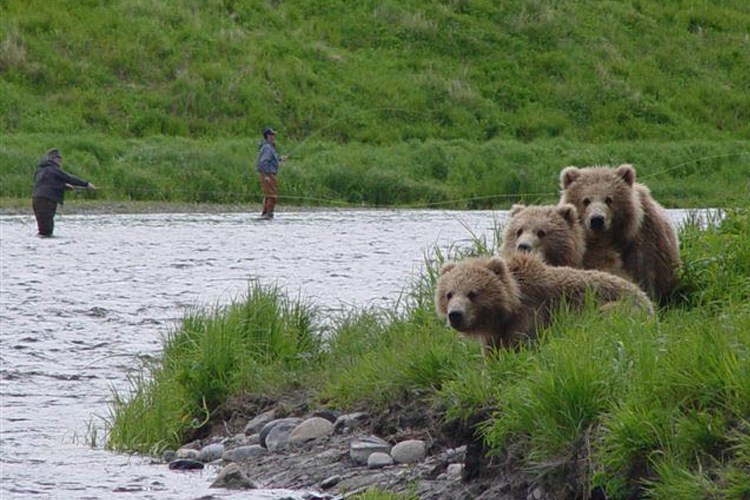 I hope this gives you some insight to which rivers to visit. If you have any questions please feel free to ask at any time.

It is not long now before the King Salmon season starts to kick in full swing on many of our King Salmon destinations around the world. With this in mind, I thought it would be...
Read More >
Species Spotlight: Wels Catfish

Fishing for Pacific Salmon has over the last few years become increasingly popular with British Anglers. With the sad demise of our own home Atlantic Salmon fishing, many anglers have decided to travel further abroad...
Read More >
Stay in Touch
Sign Up To Our Newsletter
Sign up to our weekly newsletter to get the latest travel advice, offers and adventures.
Sign Up Now
Request A Brochure
Our inspiring, free brochure is packed with incredible travel inspiration from every corner of the planet.
Request Now
Submit An Enquiry
Our experienced team are always on hand to help you with any questions or advice you need.
Enquire Now