We love getting customer reviews of the fantastic destinations you guys travel to and hearing about the real experiences, as they say “Straight from the horse’s mouth”

The below review has been sent to us from John and his fishing buddy Stephen when they fished Mefjord our new destination in North Norway and by the sounds of it, they managed a few very large Cod which made up for the airline losing their bags!!

The pre-trip information from Sportquest was excellent and preparations went flawlessly. The problem was when we got to Bardufoss. Our clothes, fishing tackle and all our food did not arrive with us! Due to it being good Friday we could not even go to a supermarket to buy food as they were all shut. Luckily the camp contact, Michael, stopped in a garage and we managed to buy some frozen Pizzas and some eggs for breakfast the next day.

Luckily, Paul Stevens (Sportquest) was already in camp hosting a group of British anglers and after a quick discussion, the lads very kindly came up with some spare tackle and some warm clothes. I also hired a floatation suit from the camp.

The accommodation my pal and me were allocated was basic and small. We had one bedroom with a bunk bed, a small kitchen/living area and a bathroom. It was, however, clean and warm. It could have done with having a microwave and I would advise anybody going to take an Ipad or other device for films and entertainment.

The next morning dawned sunny and calm but bitterly cold. Paul Stevens had given us some marks the evening before and off we went. We arrived at the mark at slack tide but started getting hits immediately. Very frustratingly, for the first couple of hours we lost every fish that hit. As soon as the tide picked up we started catching. My first fish was a 53lb cod, beating my previous PB by 36lbs! Over the next 4 hours we had about 25 cod between 10 and 53 lbs. 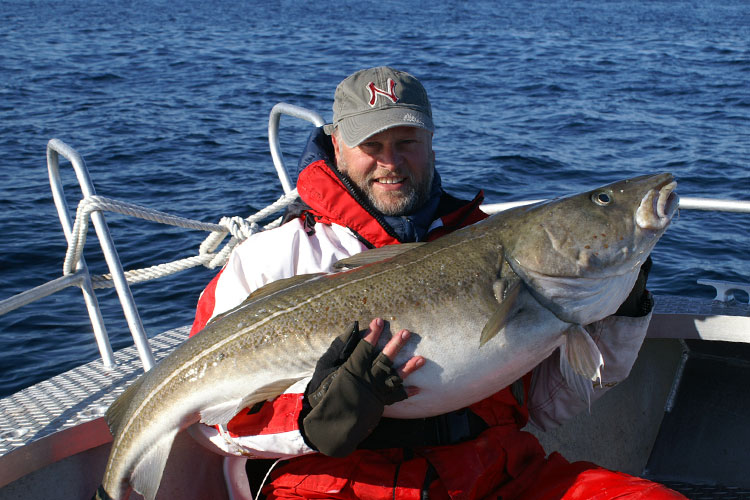 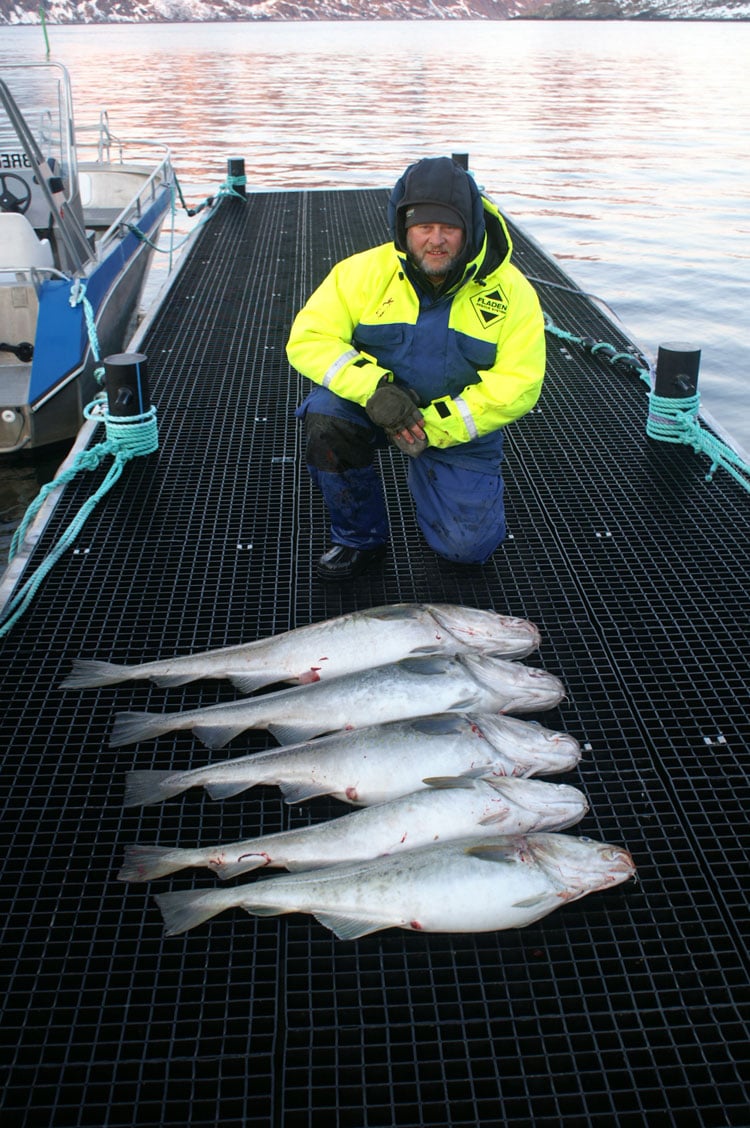 When we arrived back at camp all our gear and food had arrived and we soon forgot about the first days problems.

The second day went very much like the first. Lots of cod and the odd coley. the most notable fish were a 44, 36, 31 and 30 cod plus many others. The lures that seemed to work best for the bigger fish were a 730g Robocod Westin Big Bob, 270g real herring curl tail savage gear cutbait herring & 560g blue back savage gear 3D herring big shad. I had most of the smaller fish on a blue OTI jinkster 300g jig. 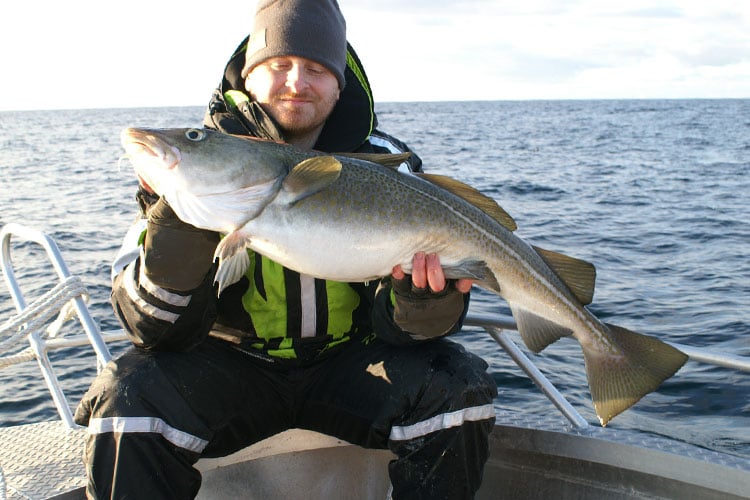 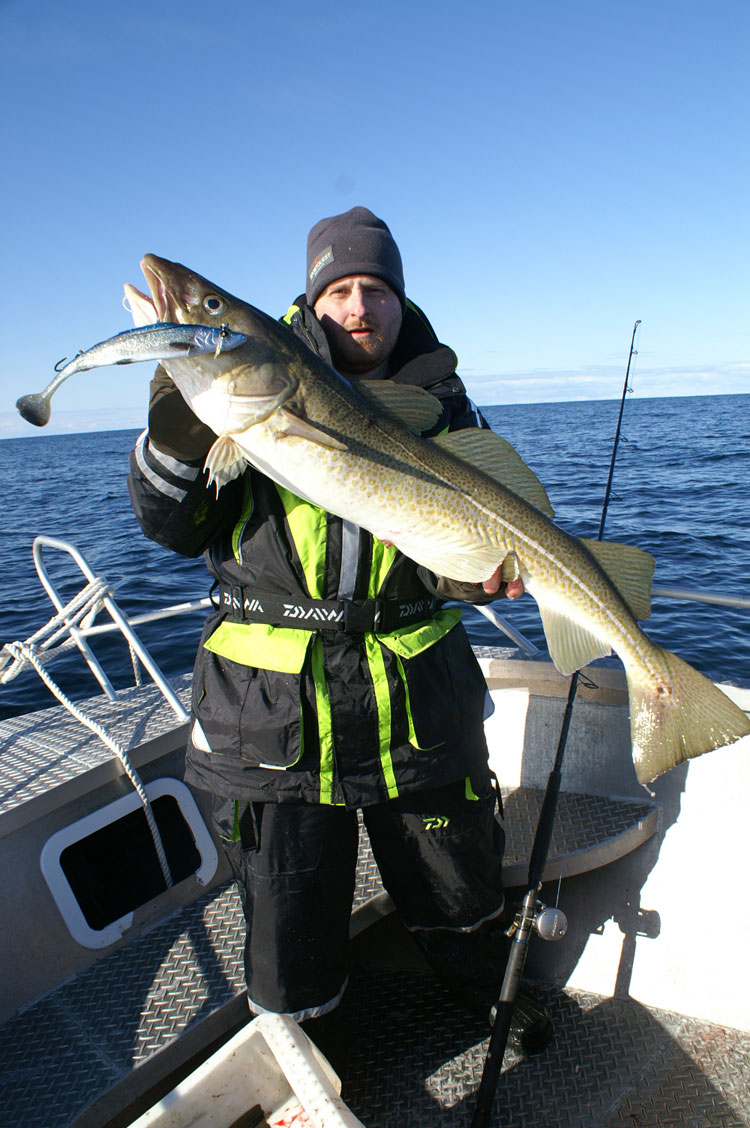 Day 3, again was like the first two days. Again, we had cod in the 40lb class. Most of my fish were caught on a 150g Nomura popping rod with a shimano saragosa 8000 spooled with 60 lb coloured diawa J-braid. Depth finding braid is essential as you can accurately fish at the depth the fish are, as indicated by the fish finder. My other rod was a Diawa kenzaki 30-50 with a Shimano Talica 12 loaded with 80lb coloured J-braid. 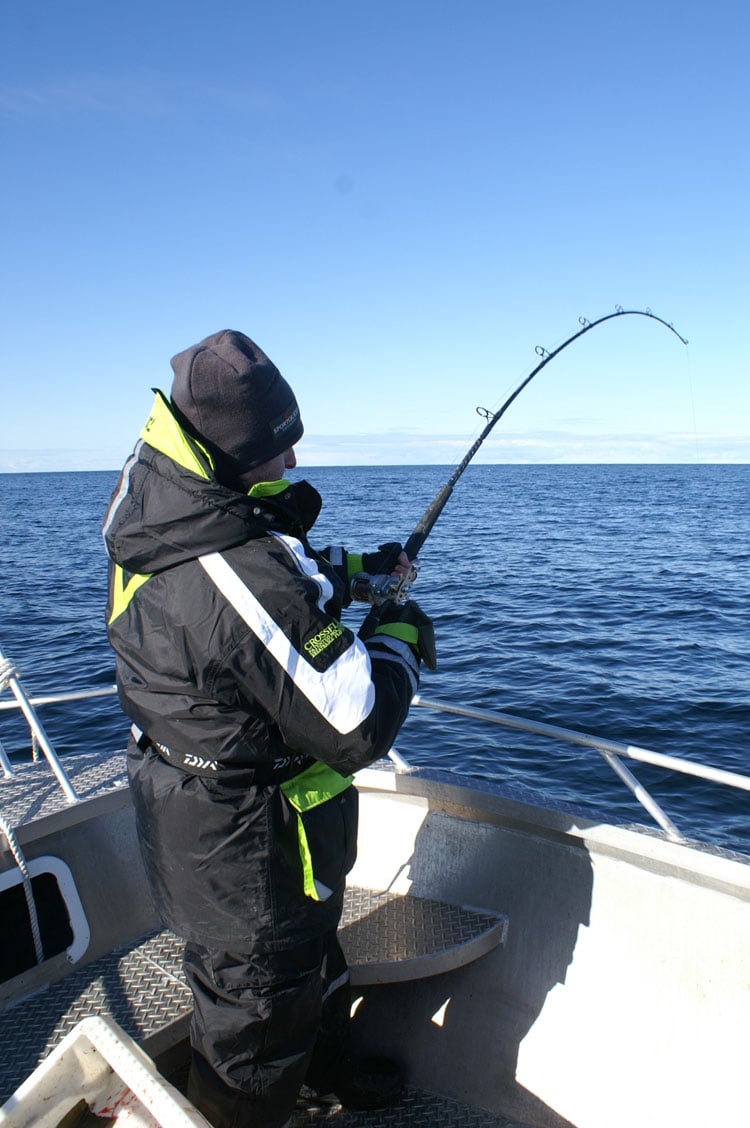 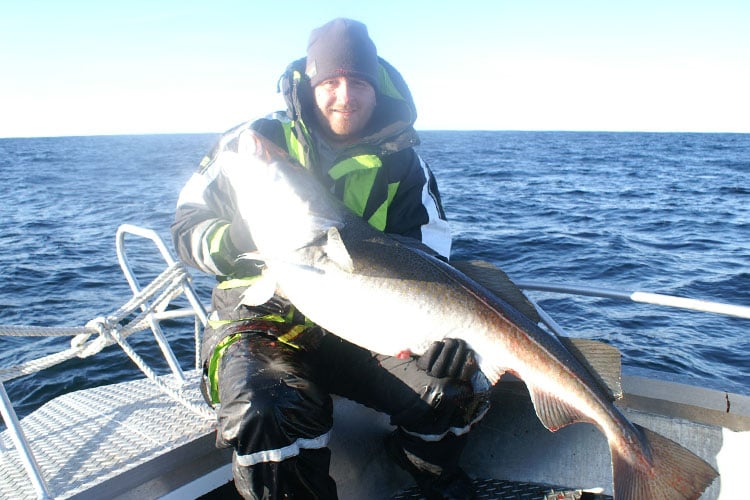 Day 4 was a non-fishing day due to the weather. We weren’t allowed out.

Day 5 we tried twice to get to the cod grounds but were beaten back by the weather and ended up fishing in the fiord. We caught redfish, coley, ling and haddock which was fun. The last fishing day was also very windy and the boats were not allowed out until 16.00. Again we could only fish the fiord but had about 20 haddock, ling, redfish, cod and coley. 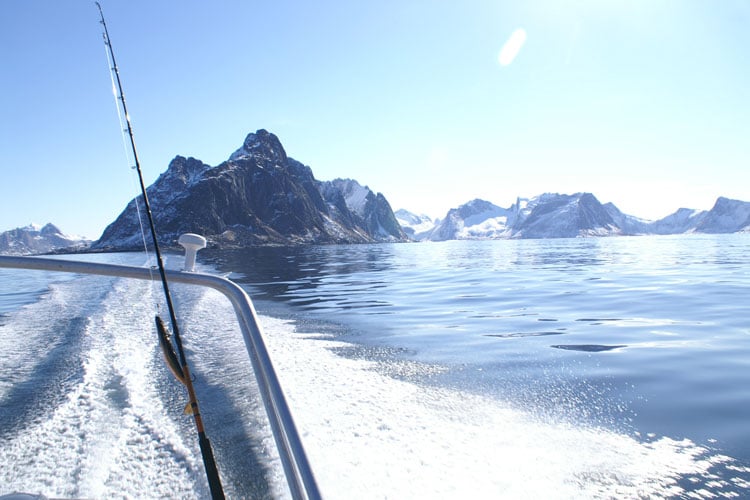 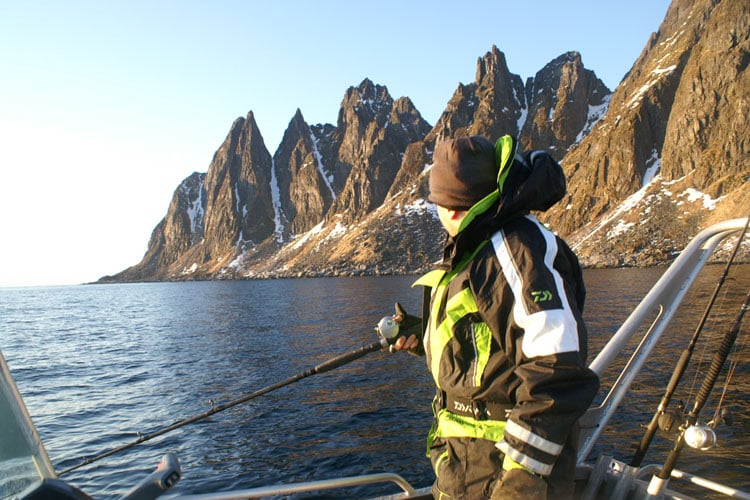 Thanks John and Stephen for this review/report sounds like you guys had a great trip. If any of you anglers reading this fancy a trip to Mefjord then call us on 01603 407596 as we do have a few weeks still available for the 2017 season but are now taking bookings for the 2018 season and if you want a huge Cod then act quickly as these weeks are selling fast.