Just a short 1.5 hour flight from Doha, you arrive in the mystical land of Oman. A country that sits on the southeast tip of the Arabian Peninsula, boarded by the United Arab Emirates, Saudi Arabia and Yemen. This is a land that is filled with expansive mountain ranges, rolling deserts and stunning sandy beaches. Oman is also surrounded by the Arabian Sea on the south and east, plus the Gulf of Oman on the northeast, which is home to the legendary tales of Sinbad the Sailor and also the Queen of Sheba.

The vast protected sparkling waters of Oman are one of the most rich aquatic environments in the world’s oceans. It is therefore no wonder that Oman in the last 10 years has gained the reputation as a premier big game fishing destination for species such as Marlin, Yellowfin Tuna, Sailfish and the energetic Dorado.

Over the last 5 years this enchanting destination has become one of the top places to fish for GT’S (Giant Trevally) with both surface poppers and stick baits. It has also opened up to the world of fly fishermen both in the search of GT’S on the fly and its vast numbers of Permit that habitat its extensive shore lines.

So if you wanted to follow in the legendary steps of Sinbad the Sailor and fall in to the magical spell of the rich fishing Oman has to offer, where would you start? 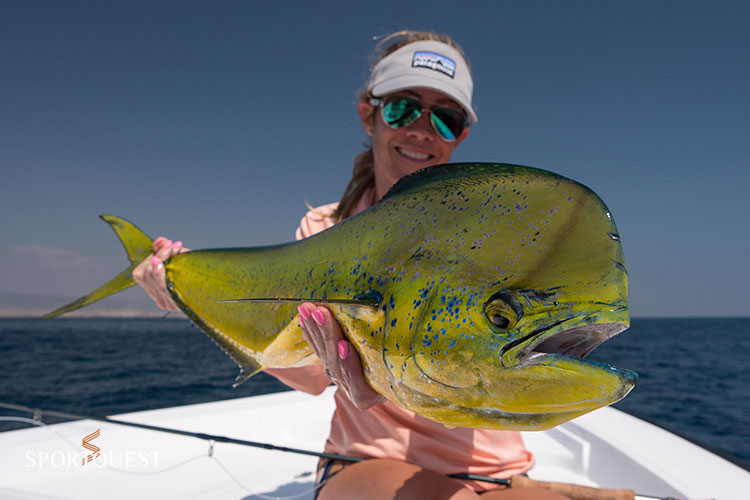 First there is Muscat, which is the most popular city in Oman. With the deep waters of the Gulf of Oman so close this is one of the top areas to head to enjoy big game fishing. Usually all boats depart from the Marina Bander Al Rowdah in search of Yellowfin Tuna, Sailfish, Dorado Grouper and Kingfish. The fishing is mostly all through the year however like always there’s peak times for certain species.

At the opposite end is one of the southern cities in Oman called Salalah. This city has its southern boarder facing the Arabian Sea which makes this one of the most popular fishing destination in the middle east. This area is popular with big game anglers, lure anglers and saltwater fly anglers. All anglers regardless of methods come in search of the legendary GT’S which grow to huge proportions including Yellowfin Tuna, Dorado, Sailfish and King Mackerel. For fly anglers the additional list of species like  Indo-Pacific Permit, Omani Bream, Pompano, Permit (T.Africanus), Bluefish and Queenfish are an added attraction. 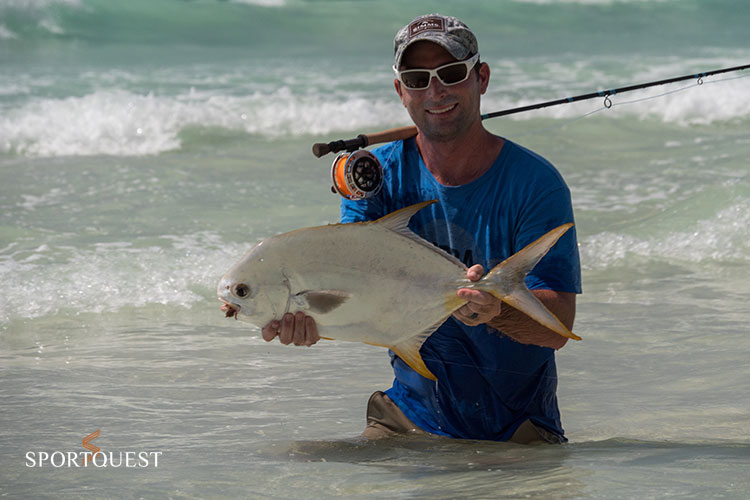 Off the coast you will find destinations like Shuwaymiyah, which is an island off the coast of Oman and considered by many as the best destinations in the world  to target monster GT’S. During the months of September right through to May, lure and fly anglers travel from all over the world in search of these fish. There are of course many other species to chase like Sailfish, Yellowfin Tuna and Dorado, but most of the time these fish are over looked as anglers only have huge GT’s on their mind.

It’s no wonder so many people spend some time in Oman exploring the wonderful country, indulging in its enchanting cultures. When you visit Oman, you will soon realise what inspired the fairy-tale novels of legendary characters and mythical creatures. You too will return home with your own stories of monsters of the deep.

If you have any questions in Oman, leave them in the comments below and our team will get back to you.

Name: Dogtooth Tuna Also known as: White Tuna Scientific Name: Gymnosarda unicolour Description: The Dogtooth Tuna can reach up to 250cm in length and weights of over 250lb have been recorded. These large-sized Tuna have...
Read More >
Protective Clothing For Fishing In The Sun

The only thing that stands between you and the raw saltwater conditions on your fishing holiday is the clothes on your back so it is important you take the correct attire with you. There is...
Read More >
Stay in Touch
Sign Up To Our Newsletter
Sign up to our weekly newsletter to get the latest travel advice, offers and adventures.
Sign Up Now
Request A Brochure
Our inspiring, free brochure is packed with incredible travel inspiration from every corner of the planet.
Request Now
Submit An Enquiry
Our experienced team are always on hand to help you with any questions or advice you need.
Enquire Now