Sri Lanka Fishing Report and once again our very productive guides out in Kirinda, Sri Lanka have been at it again. This time guiding clients to some of the most productive spots of this year and from their words you will see that these guys really do know what they are doing.

Sri Lanka is a lot easier to get to than a lot of people realise, with daily direct flights you could be fishing with in 24 hours of leaving home! So if you have been put off by travelling there, give us a call and we will take care of everything for you leaving you to simply worry about what poppers to take…..

Below is a short Sri Lanka Fishing Report from a couple of weeks ago, put together by our guides. Hope you enjoy: 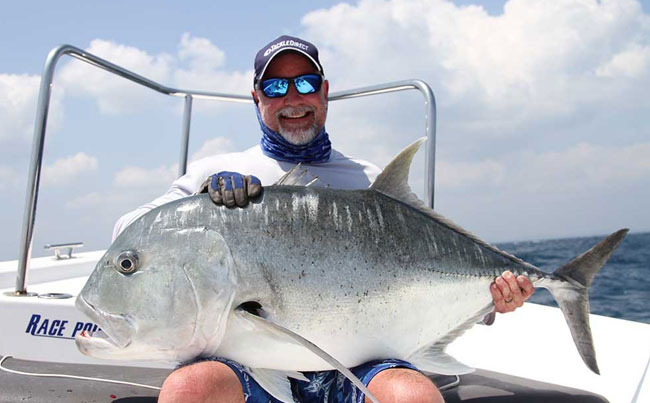 Our four anglers arrived on the 18th of February as our second group in Kirinda for the year 2015. Scott, Mark, Aneil and Courtland, had all done a lot of big game fishing before and knew their way around strong rods, big Stella reels and large poppers. Everyone, except Scott had also fished for GT in the past, which was the main target species for the trip.

Fishing for 6 days in Kirinda, the guys had a slow start to their trip even though there was a lot of bait near the surface over the reefs. With a bit of wind and choppy seas the guys managed an average of 10 bites per day, with an average weight of 15kg per GT for the first three days. Sri Lanka Fishing Report 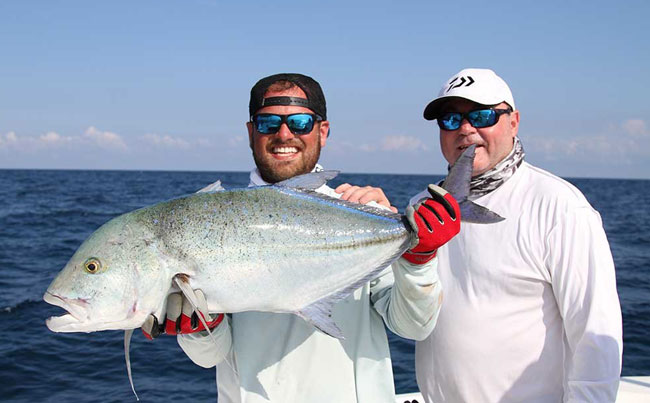 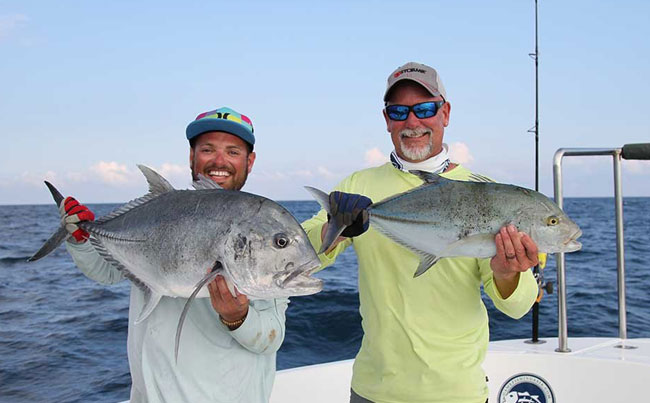 Looking at the conditions, after the first three days, the group decided to make a move to find clear water. Striking gold, they found gin clear water and with it followed great action.

Day 4 and 5, the fish were very aggressive, producing 30 bites per day including double hook ups, with an average of 15-20kg per landed fish.

Scott managed his Personal Best Record, a fish of 30kg plus, making him grip hard around the Eva foam of his Black Hole – Cape Cod rod while Mark unfortunately lost a fish of the same calibre due to hook pull.

Although there were many bites, only about 8 GT per day saw the inside of the boat during day 4 and 5, again stating the importance of not popping too fast in these deep waters!

The highlight of the week came when Aneil’s Craft Bait GT3 popper caught the attention of a notorious “Kirinda Monster”. Everybody saw when the GIANT trevally, weighing between 40-50kg attacked his popper twice with full force, before returning to the deep.

For the last day the action continued with the bite to landed fish ratio also increasing, putting 15 GT inside the boat for 21 bites.

At 4 o’clock in the afternoon, Mark´s Heru Cubera 150 popper got hammered by a GT exploding on the surface, making his Shimano Stella 18000 scream for all the reel oil in the world.

After the Man vs. Beast tug o’ war, Mark saw the beautiful 25kg GT lying safely in the net. 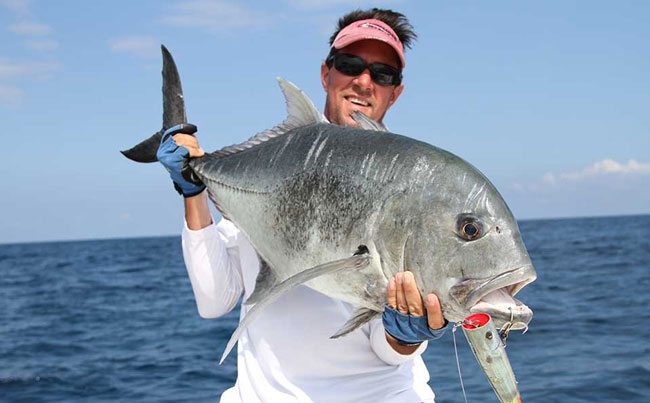 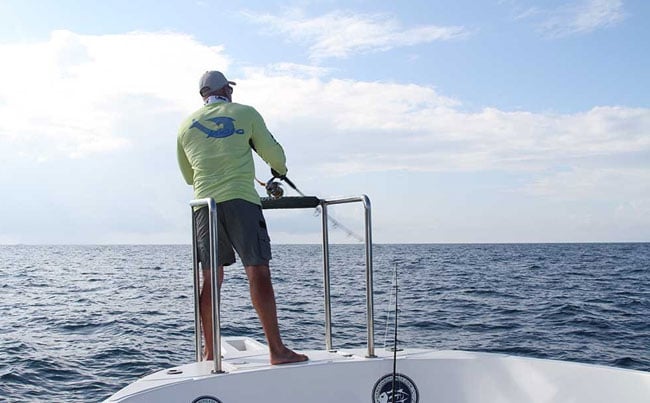 Having fished GT before is not an advantage in the waters of Kirinda as you need to forget everything you know and pop hard and slow, with very big poppers! This is how you attract a “Kirinda Monster” and it’s precisely because it’s not easy that you’ll keep coming back to catch one.

Hope you enjoyed reading it. Until next time, tight lines