Another very successful Single Angler week over in the Andaman Islands with two from the UK, one from Germany and one from France. We simply love putting anglers together especially when it is to places like this where the fishing is so very good.

If you fancy joining our single angler trips, we run them to many different destinations around the world then call us to see what we have left. You can call the office on 01603 407596

Below this report we have given you the ONLY dates we have left for our single angler Andaman trips for 2016/2017 season and if you are up for it call us.

It is always good to have a group of anglers from different backgrounds and with a good sense of humour. That’s exactly what we got with our second group of Single Anglers. Alex and Caspar came in from the UK, Andre from Germany and Axel from France. It was the first trip to the Andaman Islands for everyone except Alex. He has fished with Game fishing Asia once in the Andaman’s and once in Sri Lanka before this.

“These single angler weeks are proving so successful”

8 a.m. on day one and Alex was into the first GT of the trip. Everyone else landed a couple more fish before the boat stopped for lunch. When the fishing resumed there was some action amidst bait schools. Popping brought in some Jobfish along with lots of GT. Andre’s GT was the largest for the day. 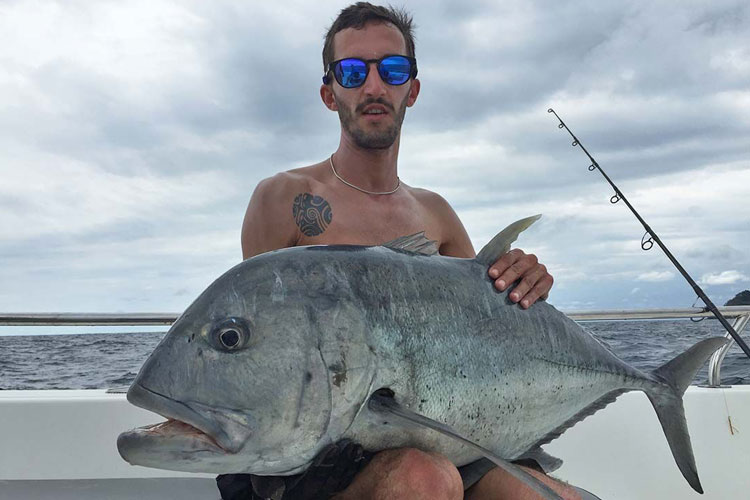 What a way to start your week 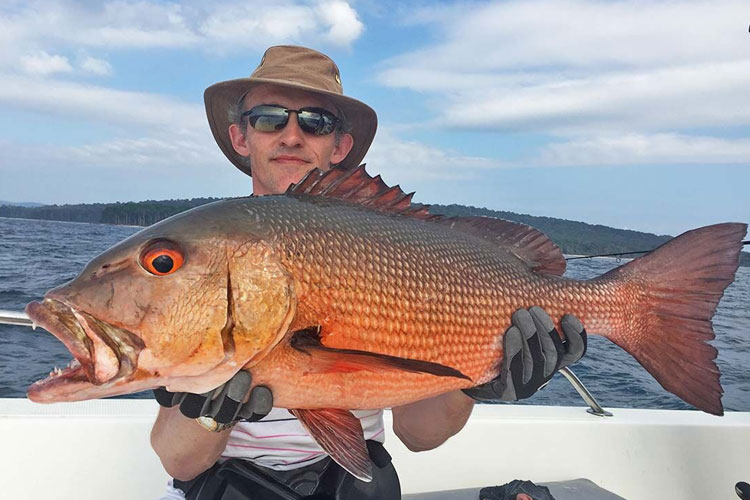 plenty of other toothy critters to catch

On the second day the fishing started rather slow with a strong Northeast wind blowing but picked up later on in the day. Alex caught a nice Dogtooth Tuna while jigging and more fish were caught on poppers towards the end of the day. 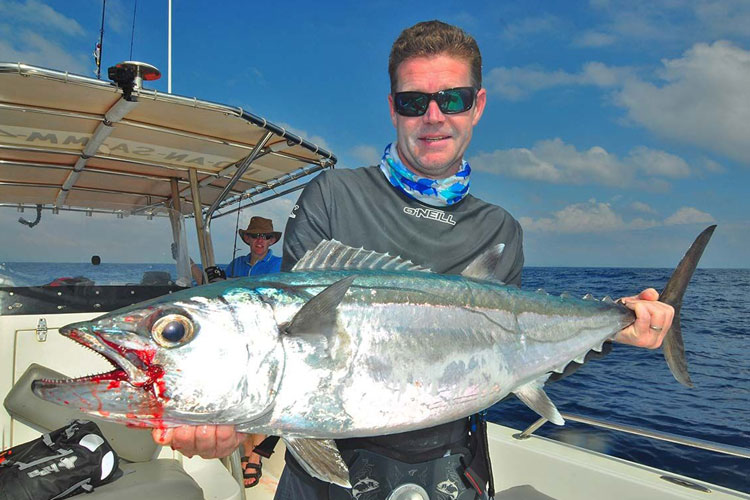 After a two-hour boat ride the anglers were in their fishing grounds on day three. Little did Alex know what awaited him. He hooked into a big tuna or GT while jigging and in the fight that ensued the fish smashed his rod and broke his line. Alex cut his finger in this frenzy. When he showed his bleeding finger to Andre he got a very unsympathetic response. Andre said it’s just a superficial cut! and carried on fishing, much to everyone’s amusement. Except Alex of course. 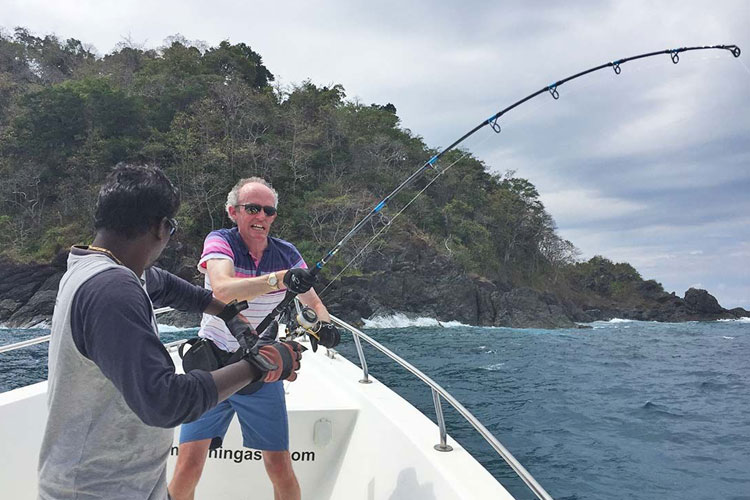 The incident was soon forgotten once everyone started landing fish on poppers. It was a mixed bag of GT, Dogtooth Tuna and Jobfish. Caspar lands a nice 31 kilo GT while Axel caught a large Spanish mackerel. He had lost a big GT just before this. Everyone was happy with a total of over 30 fish for the day.

The next morning was windy and overcast and the fishing was slow. It was a different story after lunch with GT, Red Snapper and a shark being landed. More action followed while jigging and lots of big fish were lost. Their efforts paid off though and after some relentless popping – a big 25-kilo GT was landed. There were 11 fish landed for the day and a lot more got away. 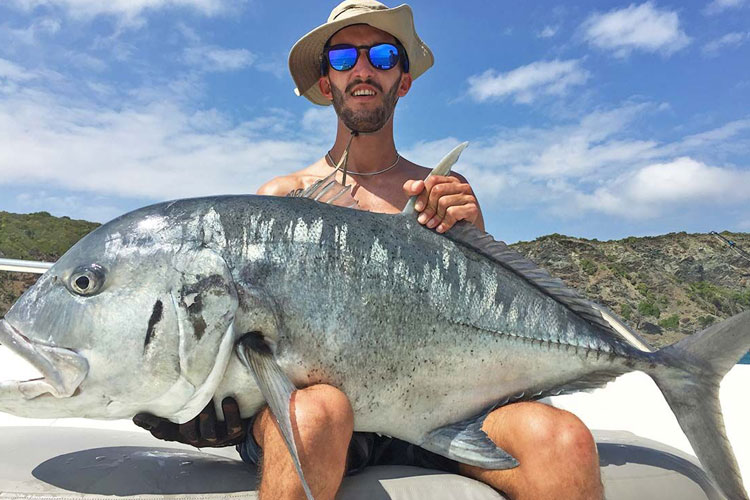 What an impressive GT and a new PB

There was no break with the windy conditions the next day. The fifth day of the trip started off with Alex breaking his rod on a big GT on his first cast. Axel landed a big GT and Andre lost a big fish when his line broke due to a cracked eye on his rod. The group landed a total of eleven fish on day 5. 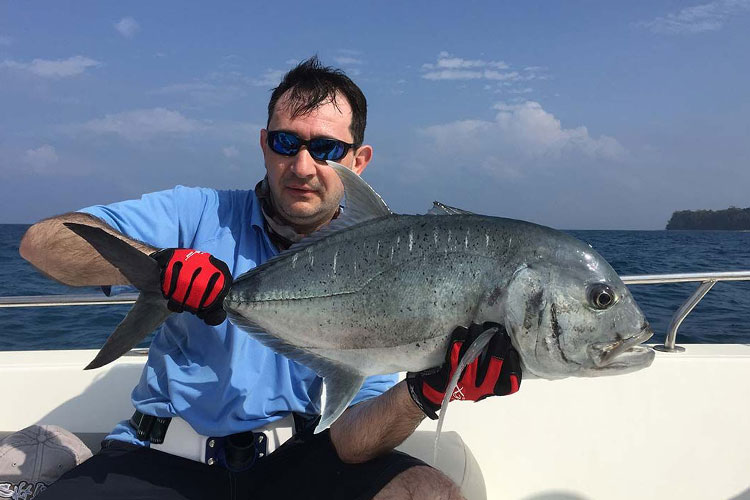 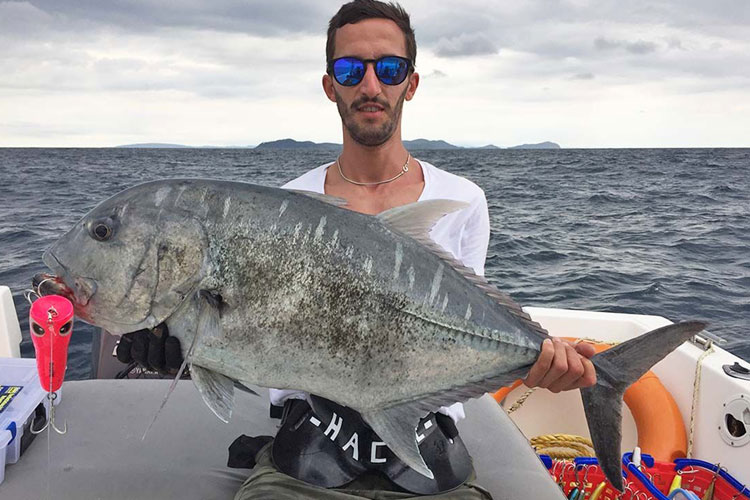 One of many caught that day

Darran accompanied the group on their final day of fishing and provided his expertise, which made the trip end on a high note. The action picked up later in the day with Axel falling over backwards after his line broke while playing a big GT. Everyone had a good laugh with Axel being more hurt about losing a nice popper. After the chuckling died down everyone got busy fishing again and Andre landed a nice 22kilo GT. When the fishing slowed down Darran decided to wait it out a bit. It proved to be a good decision since the fish soon started feeding again and the anglers were ready for them. What better way to end a fishing trip than with fish hammering poppers and tearing out drag. 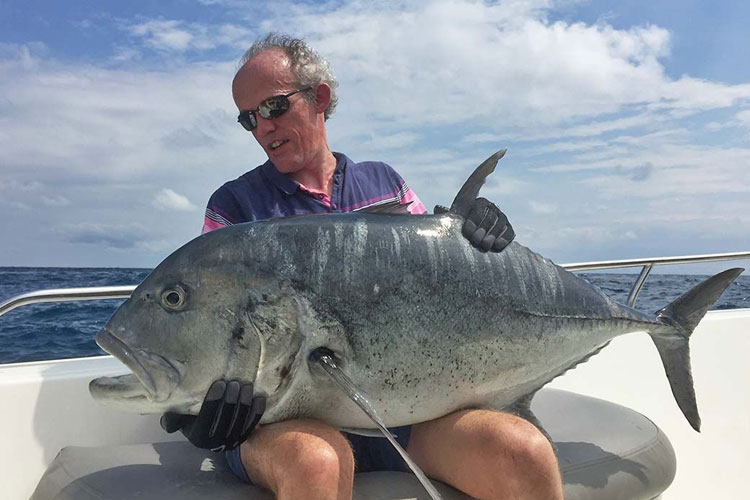 His biggest of the trip and a massive congratulations 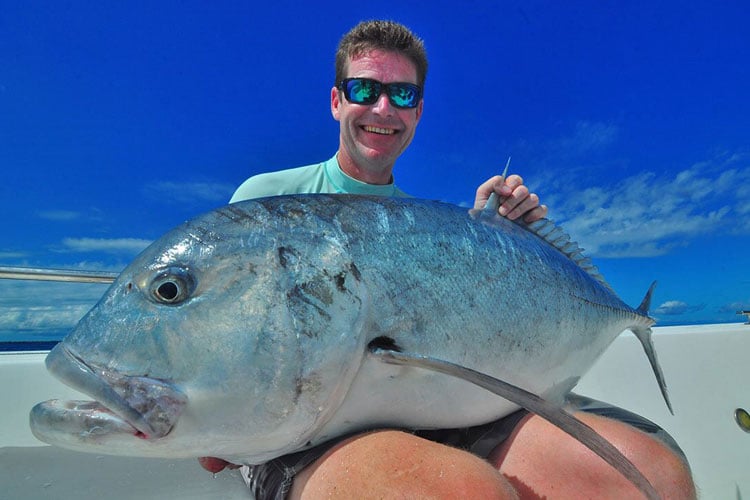 What a great looking week these guys had and if you would like to join in on some of this action but do not have a big enough group then these trips are for you, no extra charge for being a single or smaller group, we will take care of everything. Below are the only dates we have left so don’t hesitate in contacting us.