Another amazing GT popper trip Andaman Island and we love reading reports like this as its alway great to see people experience the amazing sport of GT popper fishing for the very first time.

We had another group of first timers this time from the UK, Graham and his son Darren, Robin and Rick teamed up for their first experience popping and jigging. The guys had fished in Florida before for Tarpon and had researched the tackle they would require on the internet so they were quite prepared in terms of their setups when they got here. Their popping rods, although rated for 200 gm lures, were more suited to the 120-150 gram range of lures. We advised them to try the rods out first and if they were not up to the job we would change them for the Racepoint 150s.

After setting up tackle the first priority was to give them a briefing about what to expect when jigging and popping for the reef’s bad boys, plus they also had to contend with the heat and humidity that April brings with no wind to cool you down. Briefing done we’d would need get them their first Geets and take it from there. 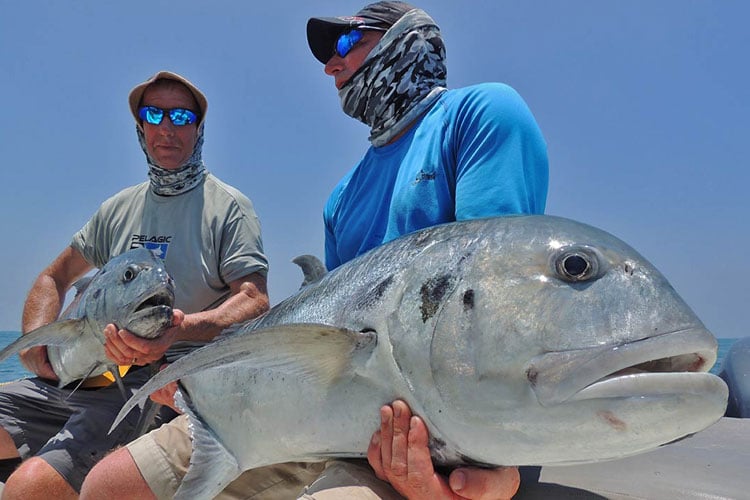 A cracking picture of a double hook-up 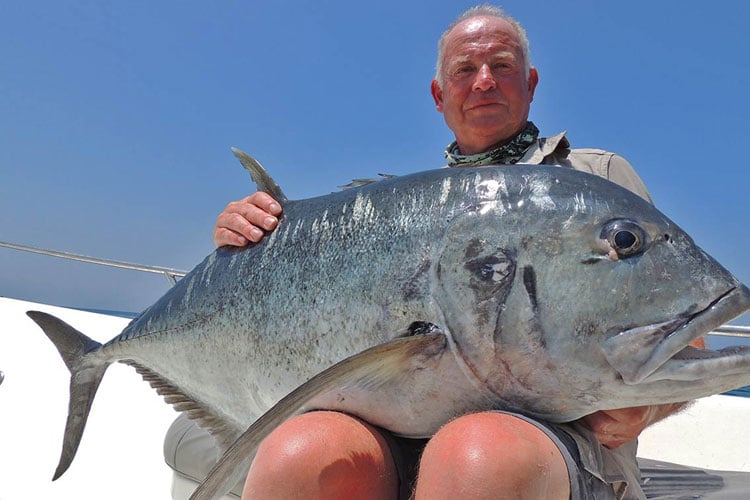 What we like about first time groups is that the expectations are not there so they are easier to teach and vary techniques. It usually happens that first time popper & jig anglers get great results in the Andaman’s and this trip was no exception – they got the results and more… 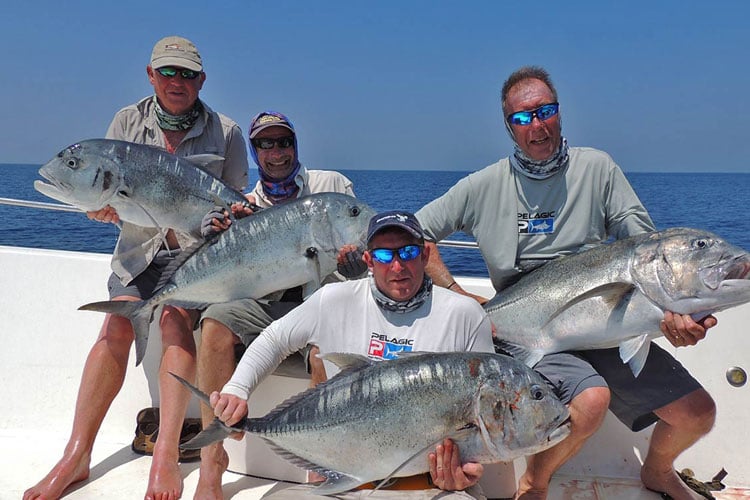 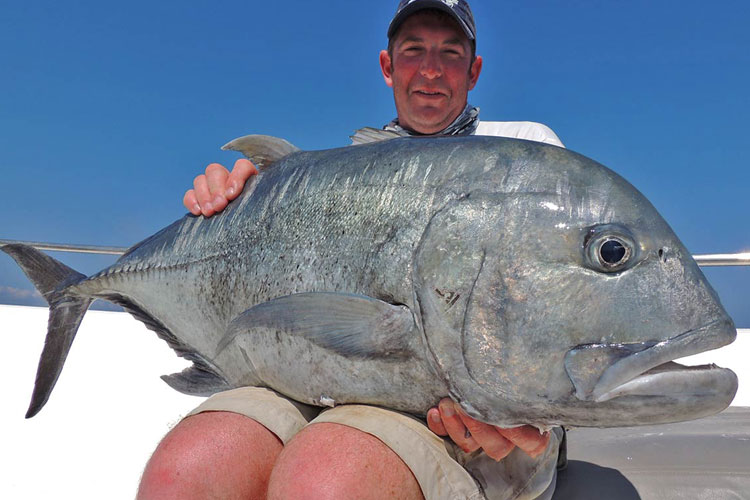 A bruiser of a GT they look so mean

It’s no easy job to jig and pop all day but the guys were upto it, well done!! By the end of Day 1, Darren was casting like a pro and belting out the lures. He was getting the results too! I worked with the guys on their casting and jigging techniques which needed minor refinements to work the lures properly and the results started coming.

We did have the slow periods, as is usual in the course of 6 fishing days and there were missed or dropped fish but the action was happening with solid fish being landed almost every day. 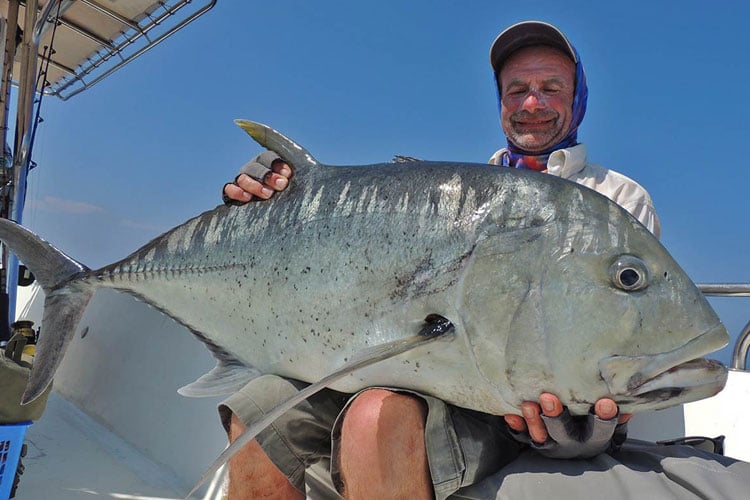 To keep the guys going on hot days we change spots regularly to try and get the anglers refreshed between sessions. The combination of jigging and popping mixed with a bit of trolling worked well and kept the team focused.

Once all the team: Graham, Darren, Rick and Robin had each got their 20kg GT, the target they had set for themselves, the fishing really took off, with quadruple and triple hook-ups and continuous action. The big GTs also came out to play. Luckily for Darren his rod lasted till noon on day 6 when a proper Big Boy came out and was having none of the pressure put onto him without putting some hurt back on. The rods from Florida had done well until then but no more as Darren was left with a 2 piece rod and a lost trophy. Such is fishing. 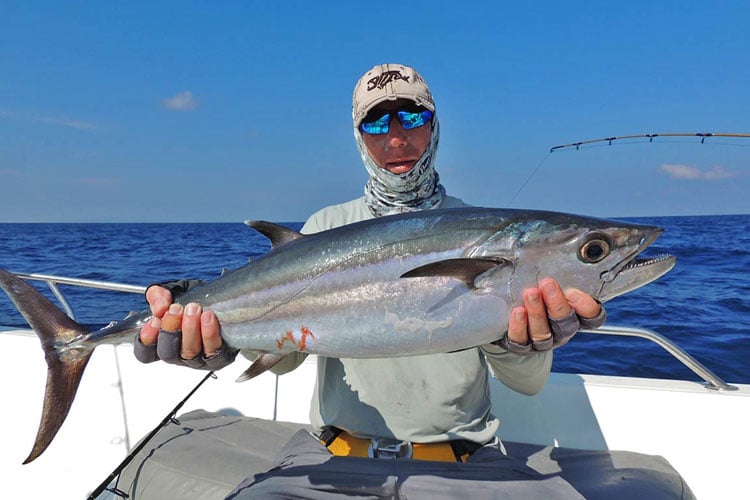 A few other species to add variety, see what the total species list was below

It would come as no surprise they are already planning their next tropical adventure to go after the reef’s top thugs again. If you would like to experience this amazing sport of GT popper fishing Click Here to see ALL our GT fishing destinations.