Sri Lanka Fishing Report and when our last group of the season (in Kirinda) arrived at the resort on Kirinda beach there was a distinct feeling of the impending arrival of the South West monsoon season. Having the monsoon knocking on the door, the weather conditions change fast which can have a great impact on the fishing but it’s also an excellent time for feeding GT’s with poppers and jigs.

Excited, our fishermen all greeted the boat crew with a smile and filled the rod holders with both jigging rods and popping rods, before setting out on the sun kissed Indian Ocean. Sri Lanka Fishing Report 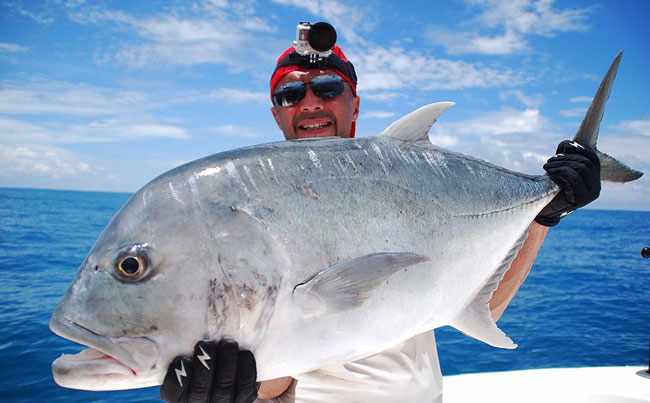 The first few days brought calm conditions and catching a good variety of species on jigging. Landing everything from Blue Trevally to Malabar Trevally to Bludger trevally & also King Mackerel which most of the time were taxing the guys by taking their jigs. Last but not least the guys got some beautiful GT, jigging in deep water. Sri Lanka Fishing Report

As is normal for this time of year, during the afternoons, the wind picked up and it was time to start popping. A lot of Hammerhead G-cups and Craft bait got chucked into the water, making it possible for the guys to have some top water action with a few fish landed at around 15kg. Andrea missed one just on top of the reef in the slowly rising swell, estimated at 25kg.

Our guides decided to switch location for the second half of the week in the search of more intense surface action. Finding a lot of baitfish on the surface in the northeast, Andrea, Francesco and Yvan were in for some great fishing in the upcoming days! 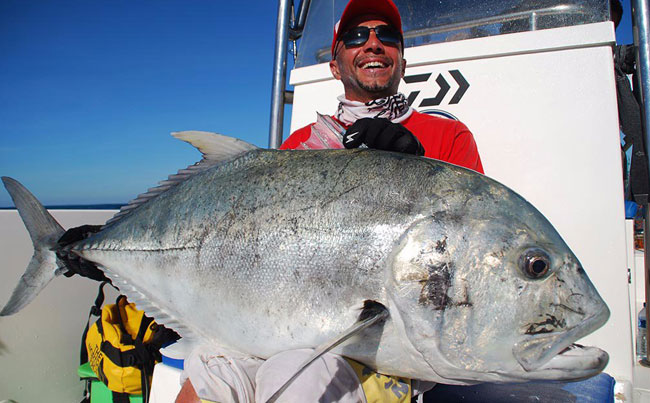 To start with, Andrea and Vincenzo hook into two GT at the same time. Andrea’s GT feels the hook instantly and goes off on a long run. It’s a very big fish but after a few minutes get lost outside the reef. 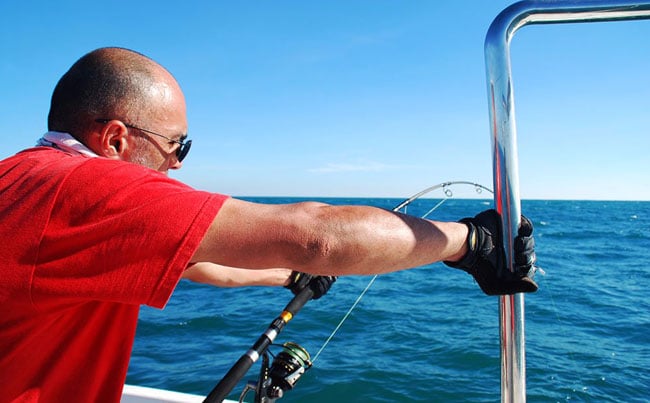 Vincenzo still manage to play the fish all the way in and lands a nice GT, estimated at around 25kg. 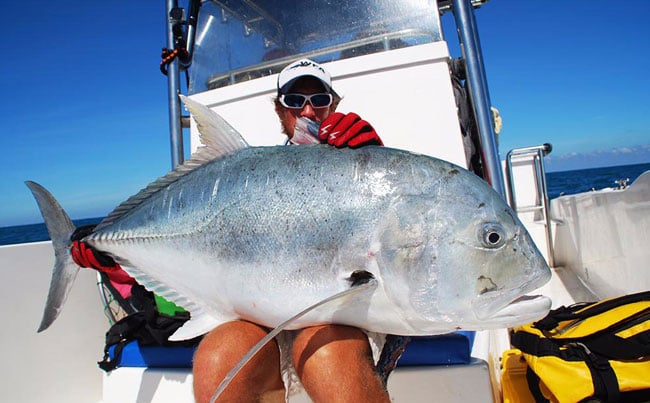 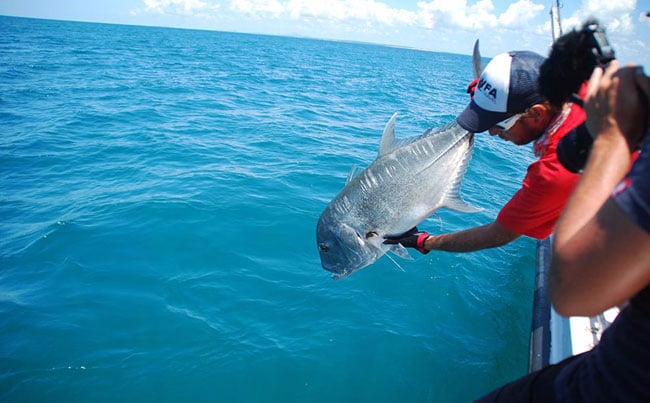 The next day, everybody got up early, hungry for some more action! Deciding not to do any jigging and focus the whole day on popping. This was a very good decision and the action was even more intense than the day before making it possible for the gentlemen to try everything from stickbait like Bertox to big poppers like Patriot Design. Vincenzo popped strong with his patriot and managed a 28kg GT in deep water!

The end of the trip continued to give good action and good weather during the days. Many fish are unfortunately lost during the strike or shortly after, one of the issues of casting into the drift. This makes it very important for the angler to have a tight line at all times! 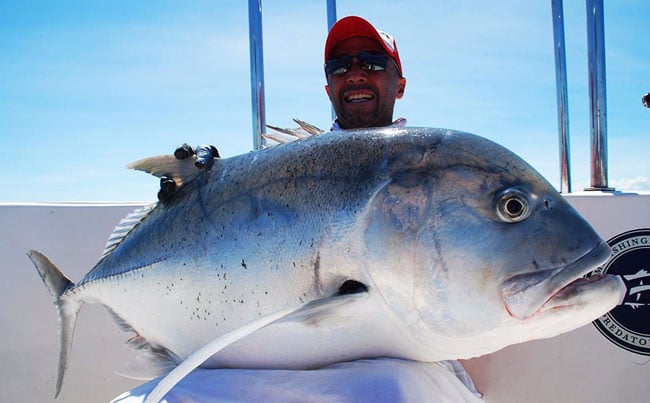 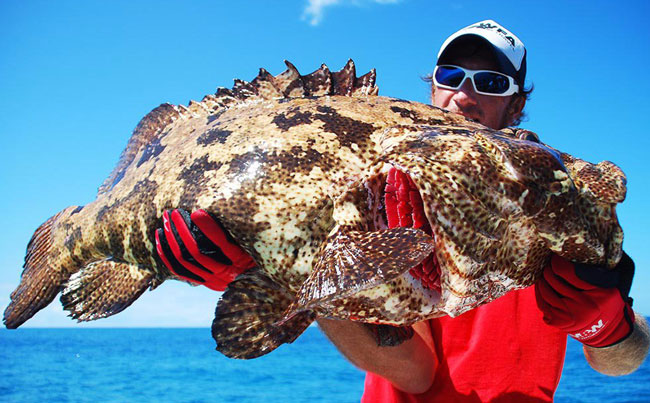 The last day came around all too soon and the guys were hoping to end on a high. Loading his Carangue Kaibutsu long cast rod, Yvan chucked his popper right on top of the reef and the big splash instantly caught the attention of the GT below. After a few seconds, the GT broke the surface and smashed Yvan’s popper. The fish was landed and released with an estimated weight of 18kg. Soon after the one and only Andrea “ El Caranguo Nero” hooked in to what could be mistaken for a steam train. After a tough fight with a lot of manoeuvring the boat to keep the fish of the reef, a nice 30kg GT was landed!

Our guides are headed to the North East of the country now to tempt the local GT’s with their Poppers.

Hope you enjoyed our little report from the wonderful world of Sri Lanka and if you fancy some of this rod bending action and think you are up to it, then simply call us on 01603 407596