This last week the weather in Havoysund has been on the war path, strong winds have been making things difficult for the anglers to get out, but after biding their time the winds dropped and the fish were found to be hungry.

Now it’s nearly the last week of the season and we have been fighting through a really tough time where the weather has been on the war path during the whole week. After we got a really good kick start of the week with good weather and awesome fishing, the hard winds came and made it hard for us, but the one who waits for something is never waiting for a long time. 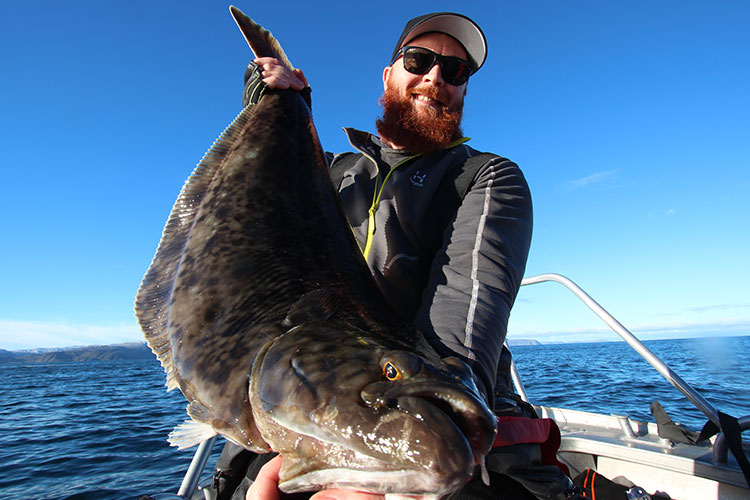 During Monday we sat constantly and updated the weather forecasts for Tuesday, it would go down after lunch and we held a meeting for all guests at 11.00 to review what the conditions were for the afternoon. Fishing was there and around 12:00 we went out to feel it with not too high hopes, but to our advantage, the weather was much better than expected and we could fish until the darkness began to settle. We fished  on Havöysund’s eastern side for protection from the waves, the wind dropped properly and we had the perfect conditions for drifting for Halibut from the camp, and it delivered. I steered the guided boat and the boys were excited, I was excited as a child in a candy shop, when the drift was a real dream, after being contacted by the boys in boat 5 who had caught a beautiful Halibut of 110 cm (38lb est), I looked up to the area they were and we became happy for The first drift after the move. It worked properly for Stefan after seeing a nice Halibut rise 5 metres up against his jig, it took no more than a couple of seconds before we realised that it was a big fish. 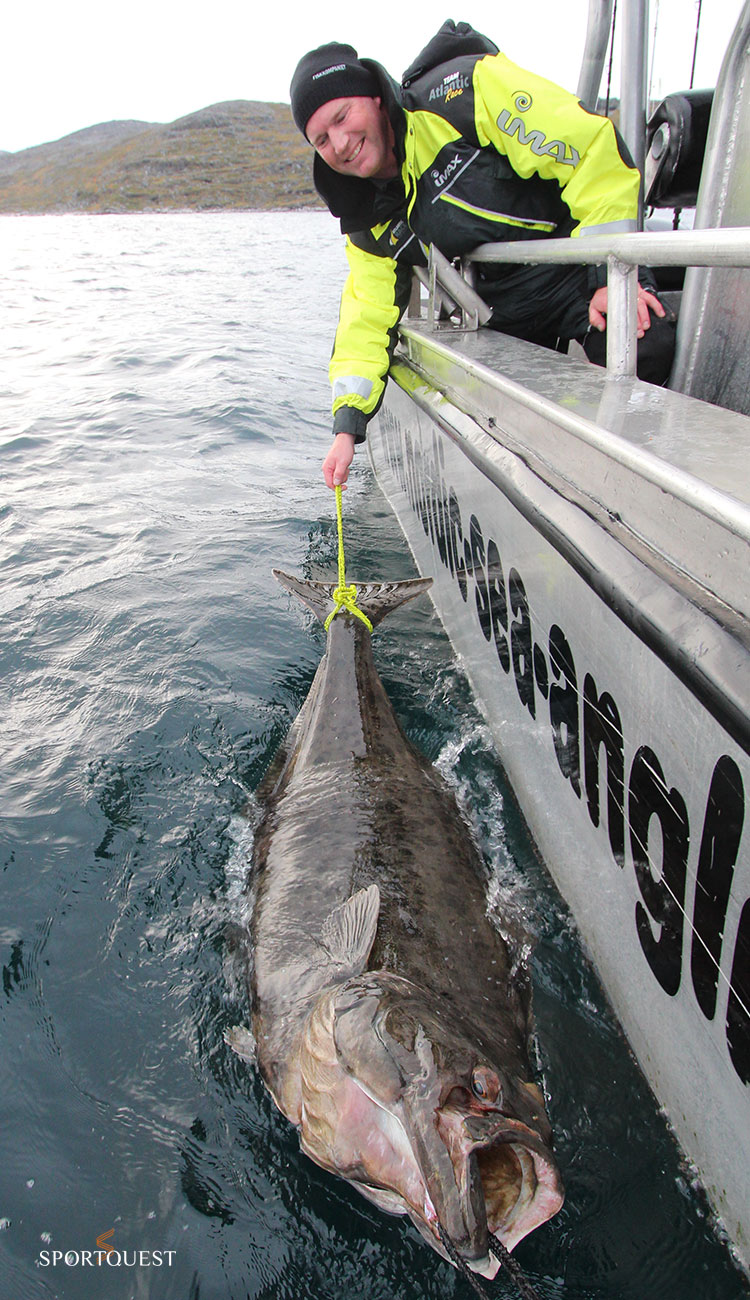 The fight was completely wild and it seemed like the fish would never give up, but in closing I got in the position to land it and it measured up to 156 cm (117lb est) and meant a new respectable PB to Stefan and we were pleased with that. During the evening the forecasts showed the weather forecast for our last day, longer trips were scheduled for all boats and most of the guests went out to sea at 5:00 at sunrise. The Halibut were no disappointment and Eddie and the gang in boat 12  managed to pick up a stable number of Halibut of 16 where the fish was a 143 cm (89lb est), and as a fisherman all the Halibut got their freedom again and swam to grow on. Other boats also had a great fishing, Arvartsson and the gang in boat 6 who had been fishing also had a magical day where Inge managed to catch a magic Halibut of 166 cm (144lb est). 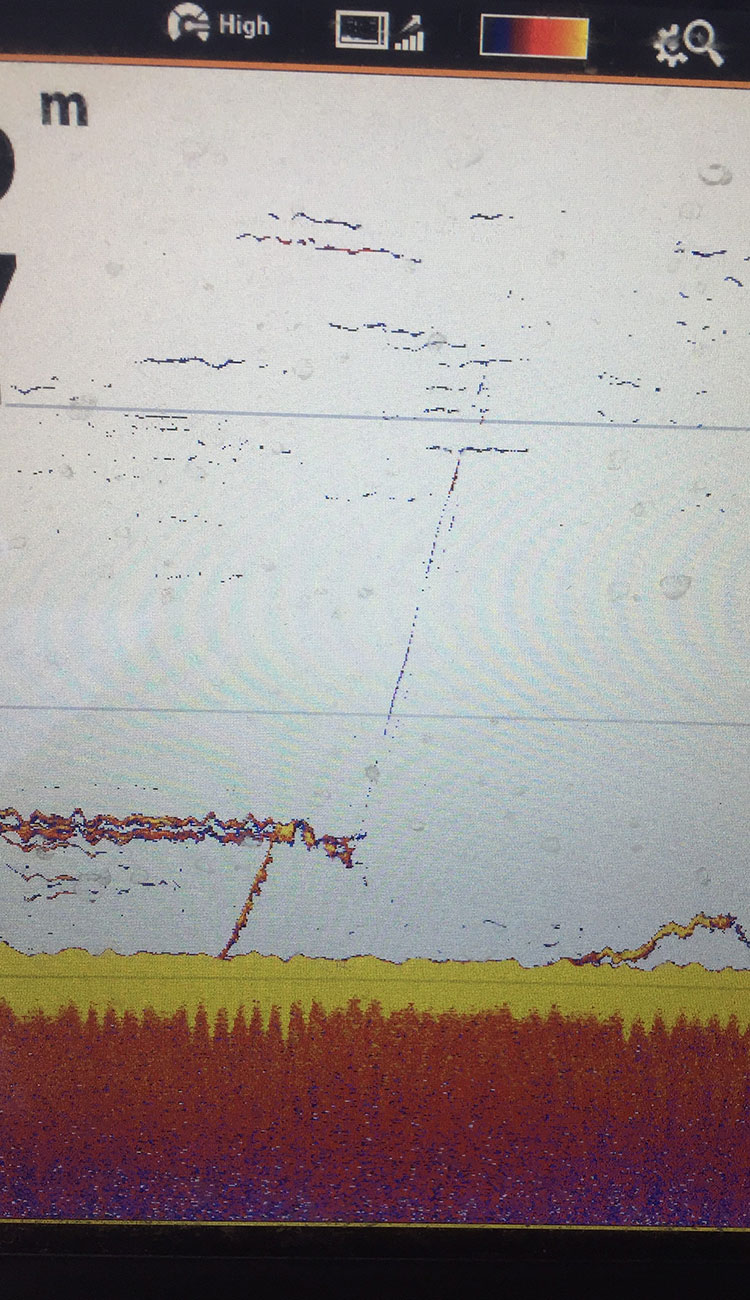 As said, the fishing was on top and all the boats in the camp landed fine fish in the nice weather, we were worth it after the weather earlier this week and we once again landed big fish just outside the camp. Now it’s loading for full fishing next week as the weather looks like stabilising, keep an eye on future reports for the fishing is currently ON FIRE! 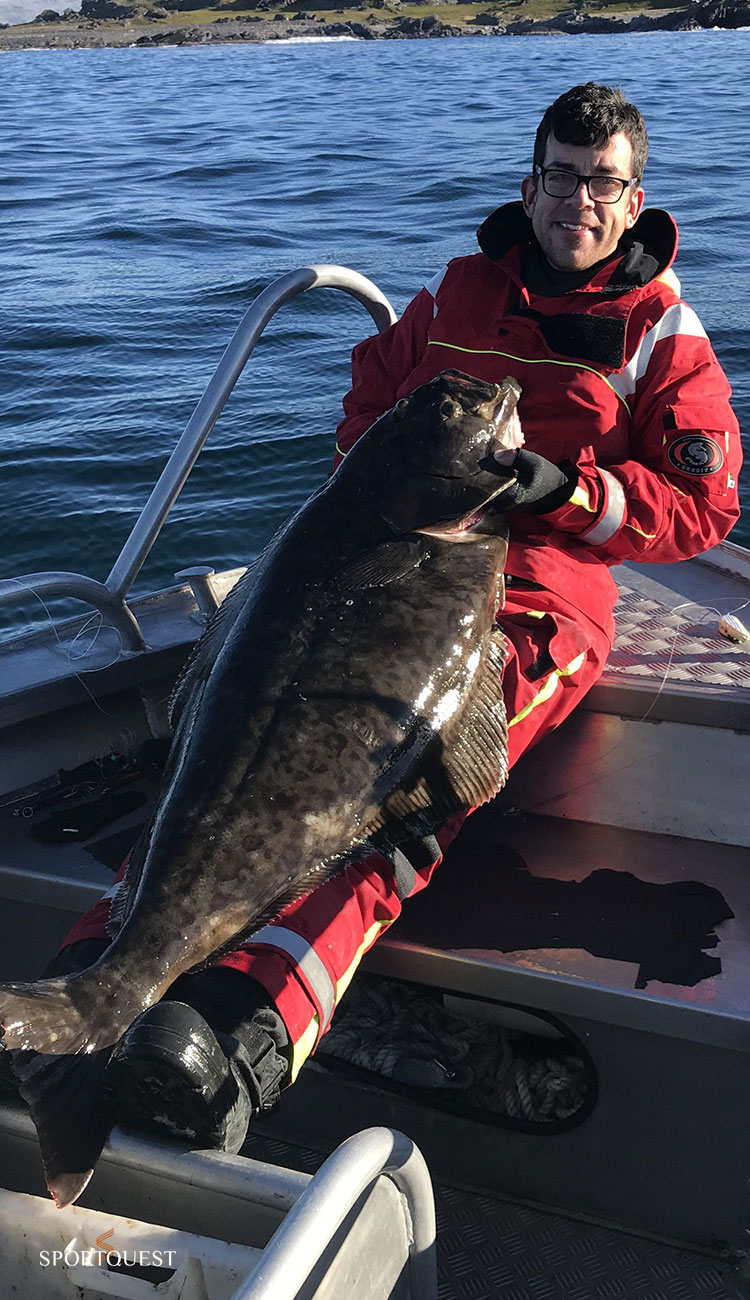 Thank you for the report guys, as per usual you are producing the goods with some great fish being caught.