We have just received this catch report in from Costa Rica. Crocodile Bay is a very well known game fishing destination and this report shows just why so many anglers flock there year after year to sample the astonishing fishing they get in their waters.

Another exciting season is upon us and it has started off with a bang! October began with a great Dorado run and the boats were releasing up to thirty Dorado a day. Logs, barrels, tree stumps and current lines were all holding fish. Boats would troll around until finding the structure, then stop and put out live baits. They hooked doubles, triples and even up to five at a time. I love the mayhem when multiple Dorado are hooked up at the same time. Frantic anglers were passing rods over and under each other while trying to keep the lines from tangling. Fish were jumping in every direction and reels screaming in unison. It is amazing when you have several fish hooked up simultaneously, only to gaze down in the water and see another school of Dorado passing under the boat, just waiting for the next baits to hit the water.

As is typical with the Dorado run, the Marlin weren’t far behind and this year both Striped and Blue Marlin moved in to take advantage of the bait. We had a couple weeks when all the boats were raising from one to three Marlin a day each, along with Dorado and a few Sailfish. The Striped Marlins were the normal one to two hundred pounds, and the Blues ran from two to four hundred pounds, with one boat releasing a rare mini-Blue fifty pounder.  It was a great couple of weeks, and though we aren’t seeing quite as many Marlin per day now, there are still plenty of fish out there for someone looking for “the lady in the blue dress”. 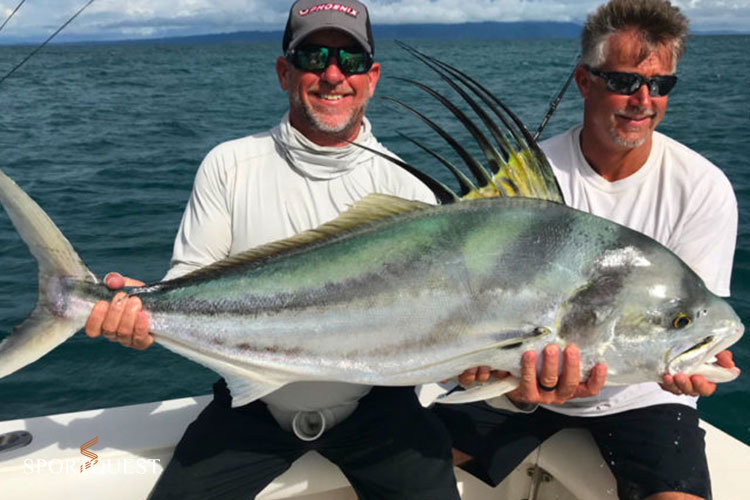 One such angler, Phil Pringle, arrived this week on Thursday and came all the way from Alaska to catch a Blue Marlin. Phil had been trying to catch one for the last thirty years, and though he had caught several Striped Marlin and lost a Blue once in Hawaii, he was determined that on this trip he would land his first Blue. On Phil’s first day out, the Marlin managed to evade him again but Phil took out his frustrations on the Sailfish, releasing six Sails and two Dorado. Not being discouraged, Phil was out on the water the very the next day.

Things can change quickly in offshore fishing, so Phil’s captain returned to the area where they had seen action the day before. The Sailfish had moved on but there was “a lady in a blue dress” waiting for him. The big Blue came in hard and aggressive and nailed one of the lures. The captain threw the boat into reverse and they rushed to clear lines. The fish ran rapidly stripping the line off the reel.  When the lines were finally clear, it became frighteningly obvious that the boat could not keep up with the fish in reverse and so the captain spun the 25′ Boston Whaler around to chase the Marlin from the bow. During the manouvre, the reel got down to just a few raps.  As they sped forward Phil cranked as fast as he could to get the line back on the reel. They were so close to getting spooled, but after a few tense minutes of cranking, they were finally out of danger and Phil settled in for the long fight with the big fish.

On the 17th and 18th of November, Crocodile Bay Resort hosted the first International Roosterfish tournament to be held in Costa Rica.  There were ten teams participating in the competition with anglers from Costa Rica, Panama, USA, Mexico and Canada. There were also two all-women’s teams and a Crocodile Bay team. The fishing was challenging and that made every bite count. One missed opportunity could make the difference between winning and losing. In the end, team Canada took top honours with Mexico in second place and team USA in third. 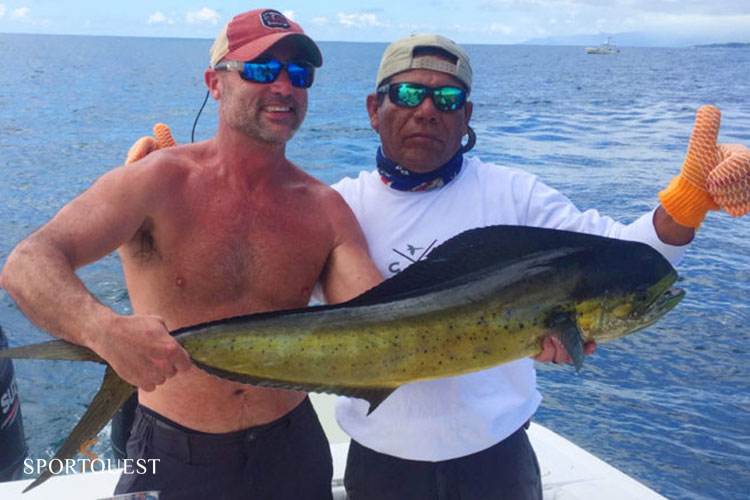 I am excited about another great season and I am looking forward to seeing many old friends back this year. I am also excited to meet many new anglers and to help them realize their hopes, create their stories, and to add to their fishing adventures. I look forward to seeing all of you very soon. 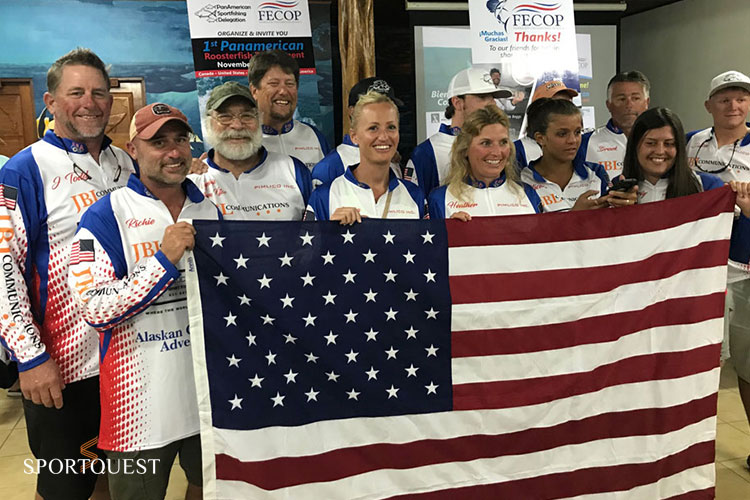 Thank you for the report Allan it sounds like all the anglers are having a great time out there.

If you wish to visit this stunning destination for yourselves then take a look at our Crocodile Report page or contact our expert team.