Andaman Fishing Report It’s every anglers dream to one-day travel to the tropics to try and catch some of the hard fighting species that abound in these waters. Tropical seas have many fish that won’t hesitate to come up to the surface and smash a large lure. All anglers have their favourite species. The Giant Trevally or GT as they’re commonly known once caught and released quickly gain their place at the top of most anglers’ lists of fish to catch and catch again. Another fish high up on the list is the Gymnosarda unicolor, commonly known as the White Tuna or the Dogtooth Tuna. However most anglers tangle with this fish while jigging. Dogtooth tuna are known to inhabit deep reefs, patrol drop offs, undersea walls and seamounts. Naturally the most preferred method to fish them would be to jig for this species. A small minority of anglers fishing in the tropics get to experience catching Dogtooth tuna on surface lures. In fact there are only a few locations in the world where this is possible. The Andaman Islands are one of those locations where this is a real possibility as the islands are the exposed tops of submarine ridges of the Rakhine Mountains, the Patkai Range and the Mentawai Ridge. Close access to deep water and upwelling’s create a perfect area where these fish are found close to the surface. Andaman Fishing Report 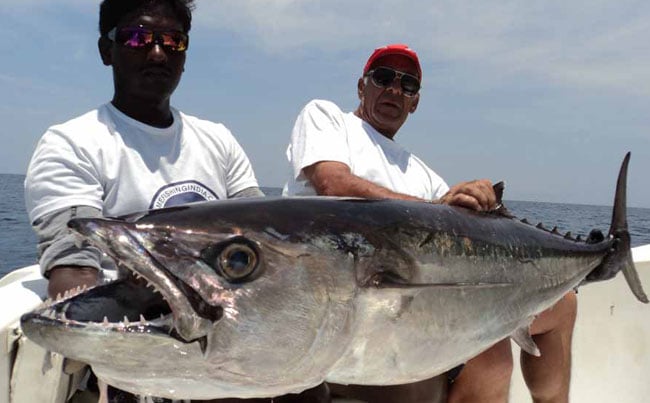 Over the past seasons of sport fishing there we’ve noticed more and more Dogtooth tuna being caught and released on top-water lures by our angling clients who travel to the Andaman Islands. Enough fish to enable us to see patterns in seasons, temperature and tides to be fairly accurate allowing us to get an angler in the right place at the right time and largely increasing the chances of hooking one of these hard fighting fish.Andaman Fishing Report 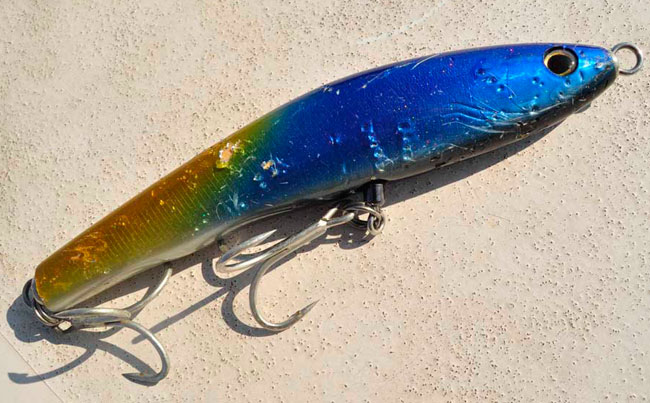 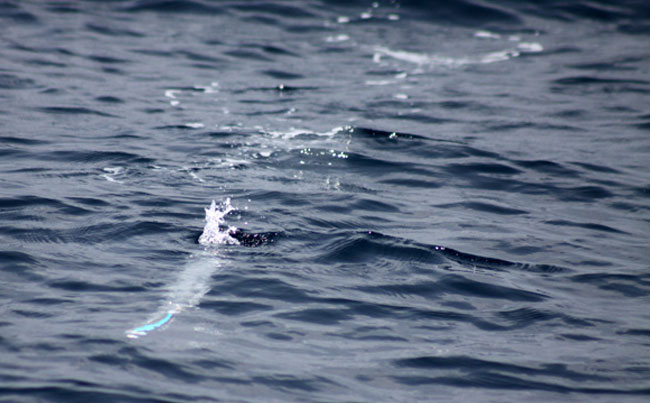 The first lure of choice while fishing for Dogtooth tuna would be stick-baits. As is with most tropical fishing, the larger the lure the larger the fish caught. Big stick-baits work very well when fished slowly off a deep reef or at some of our select locations where we regularly have encounters with these fish. The Dogtooth often frustrate anglers by swimming right under sick-baits all the way up to the boat, but not taking a bite. It’s quite a common sight as they repetitively surface out of the deep only to follow lures. Often they are hooked successfully in the first 20 to 30 meters of a retrieve.Andaman Fishing Report 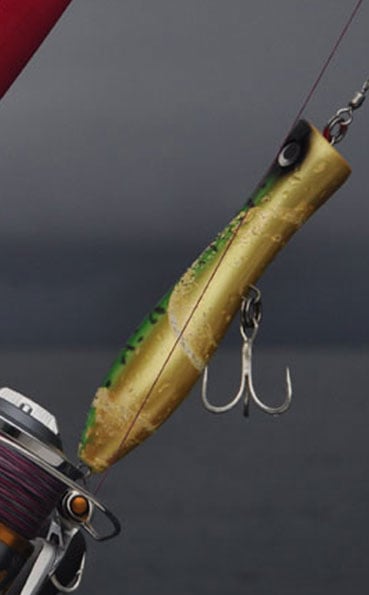 Our second choice of lure would be the popper. Poppers these days come in various shapes and sizes and are meant to be fished based on the prevailing sea and wave conditions. The traditional stop and go method adopted while fishing for GT does induce strikes but not as successfully as a constant retrieve. Lures like the Bull GT by Yo Zuri or other pencil poppers with a small cup are the ones that would work best. Dogtooth Tuna tend to be tail biters and attack a lure from the rear. The constant reeling of a lure for some reason induces them to take a bite. With a stop and go retrieve they often lose interest when the lure pauses before the next pop. 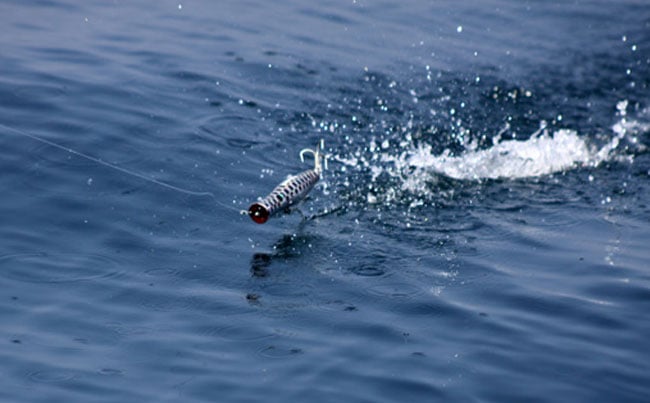 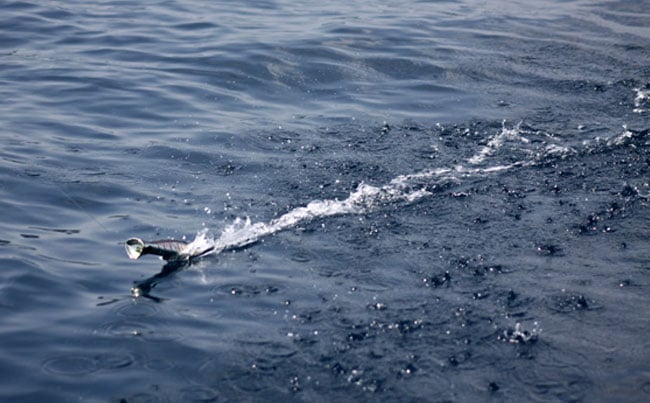 Above are a couple of mages of lures in motion from a couple of our locations where we have encounters with Dogtooth Tuna on a regular basis. There are quite a few lures that fit the description and can be bought quite easily from a tackle store in your area. Andaman 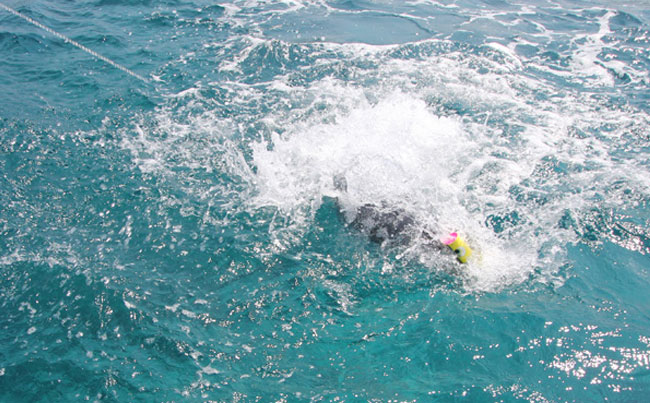 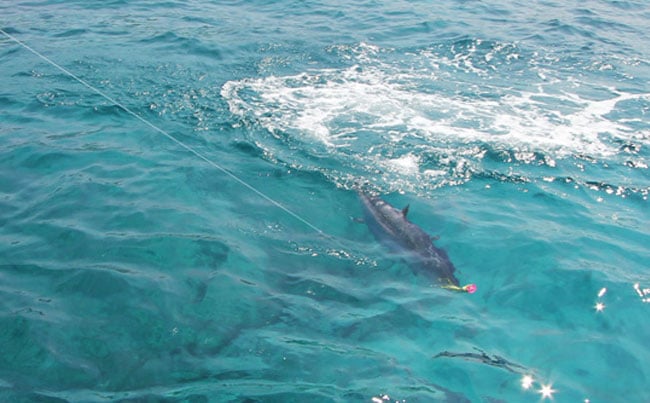 What you’d expect to see… A couple of photographs of a Dogtooth Tuna actually coming up and striking a popper. On the day these photographs were taken we had numerous hookups with Dogtooth Tuna and there were shoals of up to 20 fish chasing after a lure. 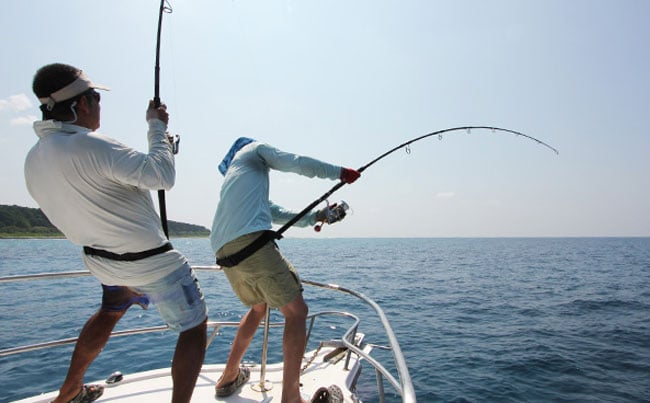 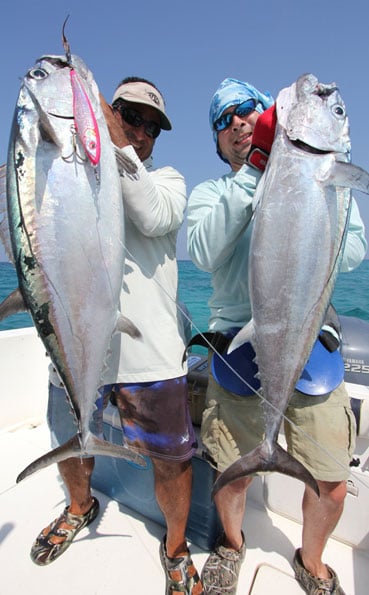 Above a double hookup of Tuna off a shallow reef that was infested with them. More fish were taken on stick-bait and it was an incredible day as we saw the fish coming up and striking our lures on almost every cast. 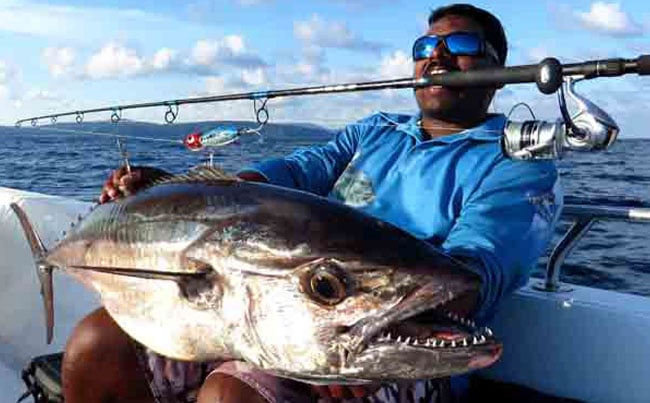 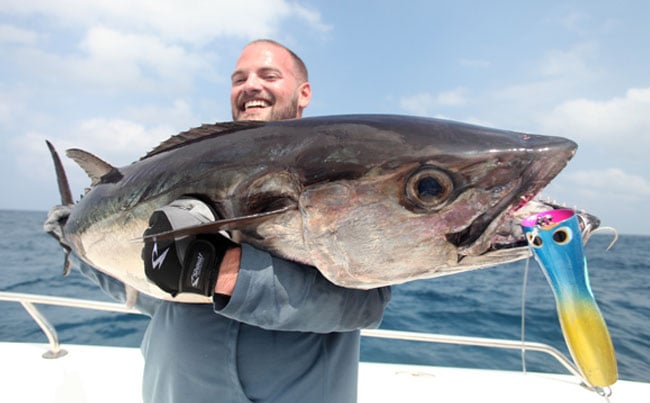 The rewards are pretty real in the Andaman Islands for those willing to go a bit extra and stay focused. Listening to what advice the crew share and keeping on working at it provide one with some spectacular results like these 2 fish above. They start getting harder and harder to land once they bulk up a bit. It would be best to leave one to decide whether a GT on popper or a Dogtooth on stick-bait tops the list. We know the scales will almost certainly tip in favour of the Dogtooth Tuna. 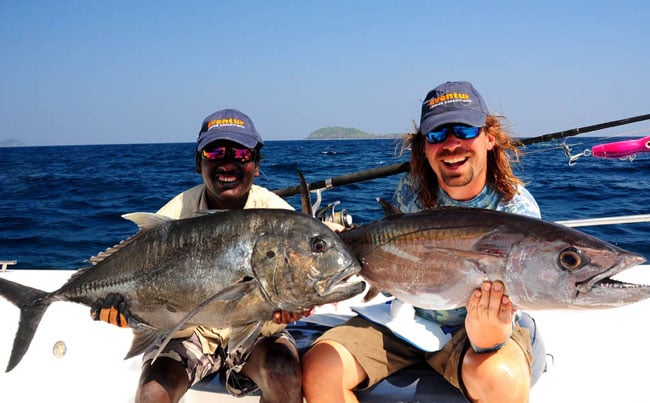 Where the Dogtooth Tuna are they often are surrounded by GT. It’s not uncommon to have both fish in near proximity as they feed on the same bait and have a liking for top water lures. One often catches a Dogtooth Tuna in the same areas where we fish for GT. We’ve also noticed schools of Dogtooth lurking under bait similar behaviour as GT and remarkably in relatively shallow water. 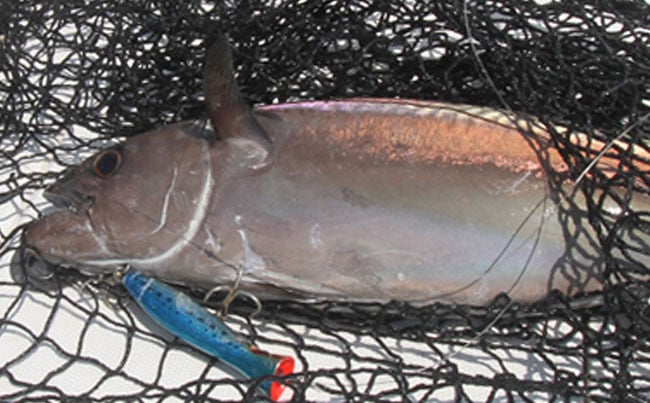 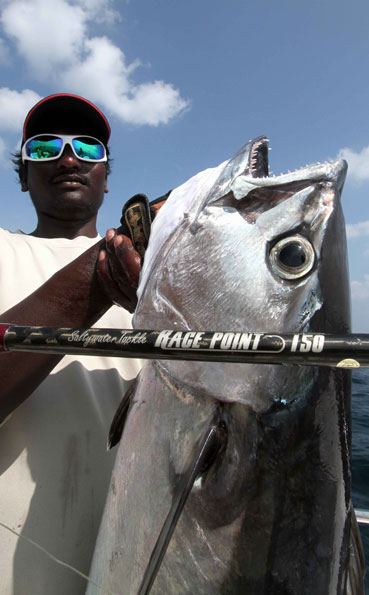 Very often the fish get to the boat green and kicking up a major fuss. Using a landing net is the safest way to land these fish and causes the least amount of stress to fish, crew and angler. Gaffs or any other sort of landing gear cause more harm than good on these fish so they’re best avoided. We primarily release all our Dogtooth tuna caught on popper so we always will have this awesome fishery right on our doorstep. 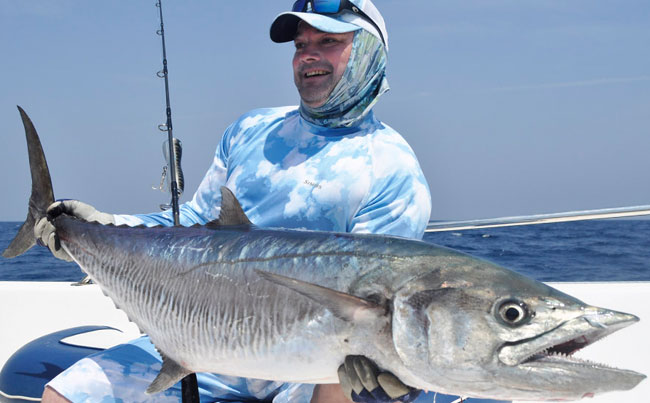 Another worthy catch and often caught in the same haunts is the Narrow barred Indo Pacific Spanish mackerel. These fish are spectacular on top water lures and are a prized game fish in most tropical waters. 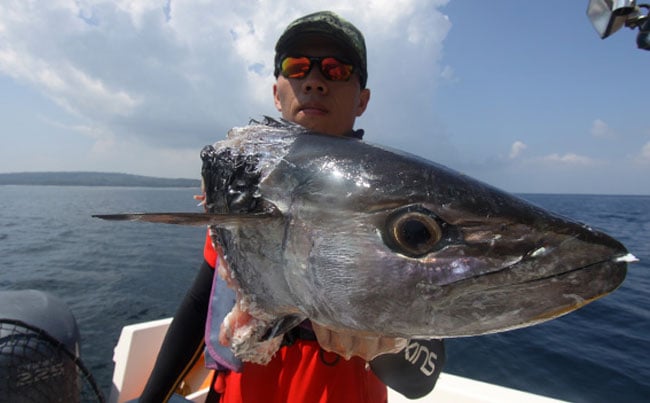 Where the Dogtooth are, there always will be shark not too far away. Typically anglers lose the odd Dogtooth Tuna on jig to a shark but it’s happened on popper as well. It always makes sense to have the drag turned up high and get the fish to the boat in the shortest possible time. Losses like these go with the territory and make for the occasional jaw dropping photo op.

Hopefully you got some very useful information from the above and if you fancy doing battle with such fish then give us a call and we can be organising you a trip of a lifetime sooner than you thought. Remember this years season is slowly coming to an end and places are filling really quickly for the 2015/16 season, so don’t miss out call us today on 01603 407596