We have received an amazing report in from the destination of Farquhar in the Seychelles, the customers have been catching some absolutely stunning fish. Take a look at this report for yourself, I am sure you will agree that it looks like the fishing out there is on fire.

Our second week of the season brought with it clear skies and a fairly strong south easterly. Added to this we had some really nice tides, our guests enjoying the prime periods of the dropping and pushing tides. 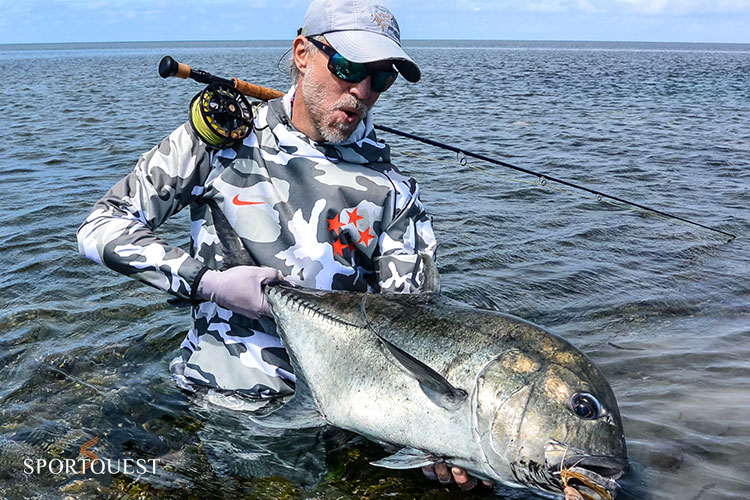 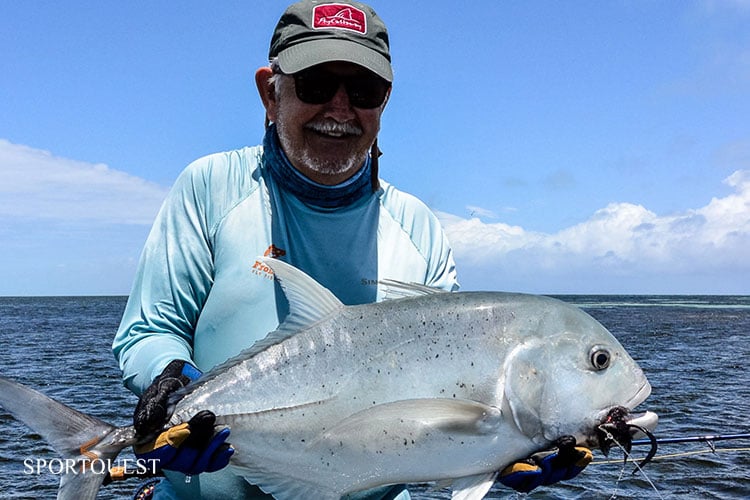 The Bonefishing was solid through the week, all our guests enjoying some great sport on the light rod including some bigger Bones of between 65 – 78cm. Things were a bit tougher on the Bumpy front, we only managed to hook one of the gentle green giants but thankfully we did land it. The species fishing however continued to impress with some really large Grouper, Bohar Snapper, Bluefin Trevally as well as a Napoleon Wrasse being successfully landed. GT wise we had a solid week hooking 18 fish and landing 11, but it was the Trigger fishing which really left its mark when all 7 of the fish we hooked were actually landed. This is an incredible feat as this species is notoriously difficult to keep attached to. Things offshore seem to be picking up and although we didn’t land any we did hooks two Sails. 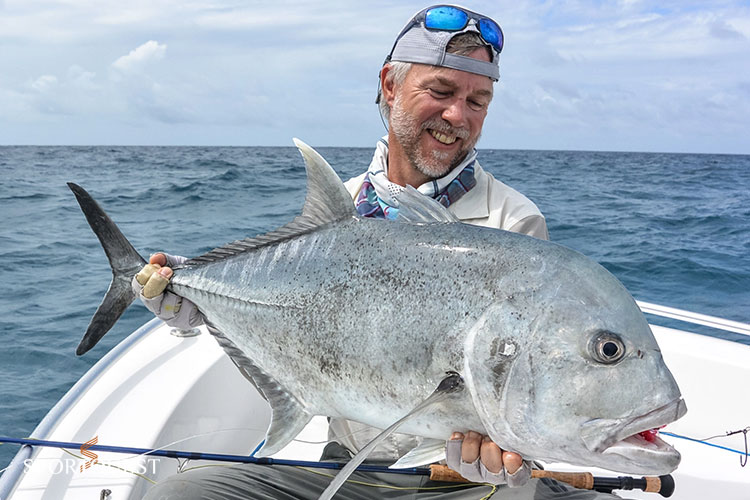 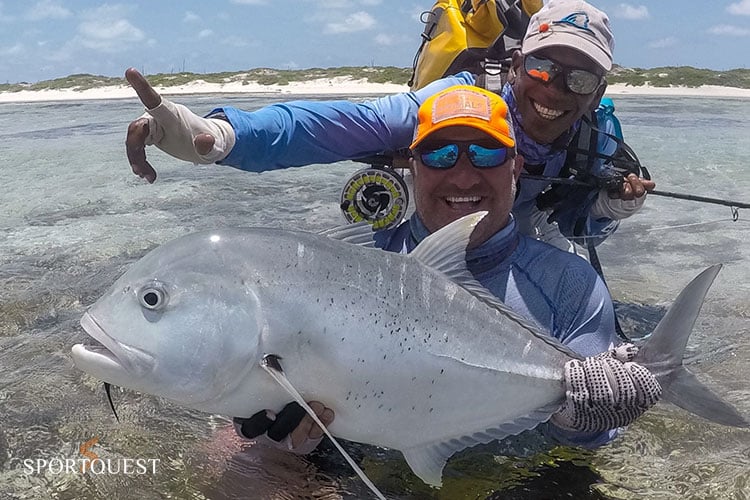 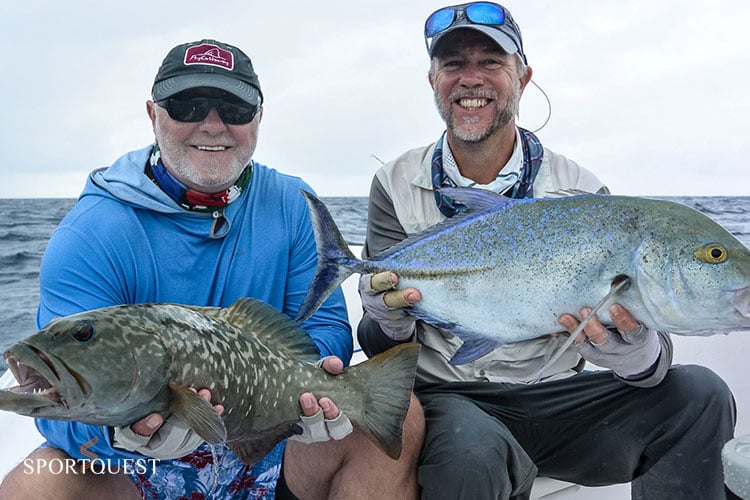 A Well known South African angler landed a solid 82cm GT, a 52cm Moustache Trigger as well a tank 78cm Bonefish on the notables front. Brothers Warren and Craig had a great week fishing together, Warren landing two GT’s as well as a Dogtooth Tuna of 120cm to go along with numerous double ups on Bones and Bluefin with Craig who landed a few sizeable Bluefin himself. 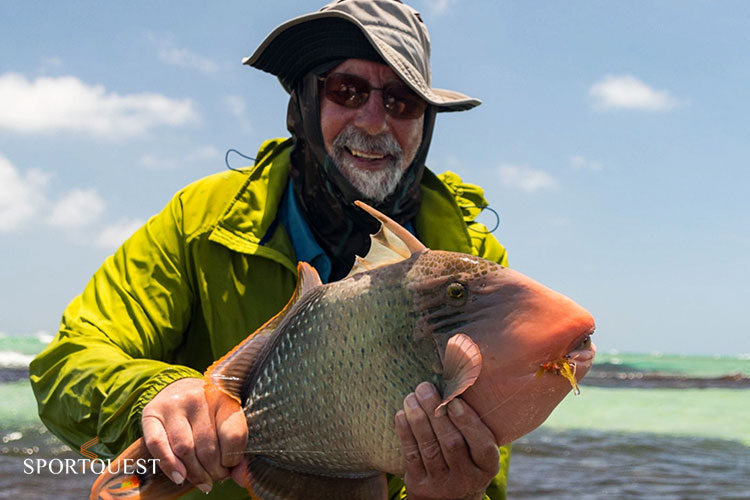 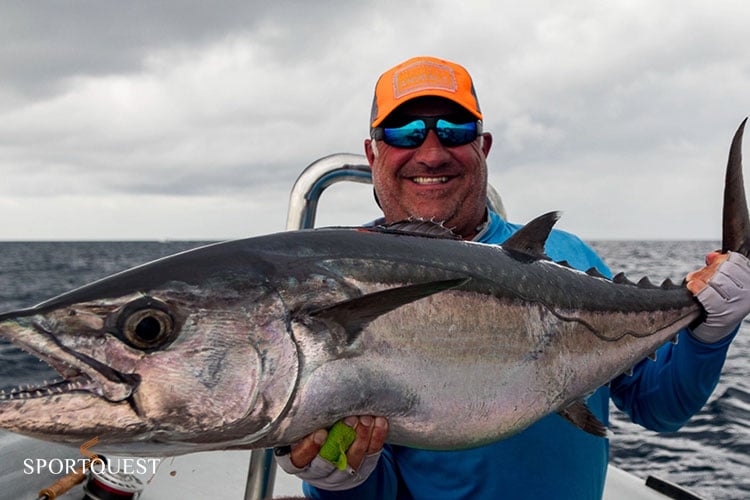 Boat partners for the week Craig and Gregory had a good one, Gregory landing a Bumpy of 90cm, as well as a Moustache Trigger of 60cm and a small GT. Craig landed a tank 82cm African Marble Grouper amongst some other nice fish. Casper went on to land large numbers of species as was his target for the trip, whilst Neil got GT’s of 72cm & 84cm GT, as well a 103cm Barracuda. Christian who had come all the way from Argentina to target the mighty GT enjoyed some great success landing fish of 60cm,86cm and 88cm. Well done! He too hooked a Sailfish but unfortunately after a long fight the hooks pulled. 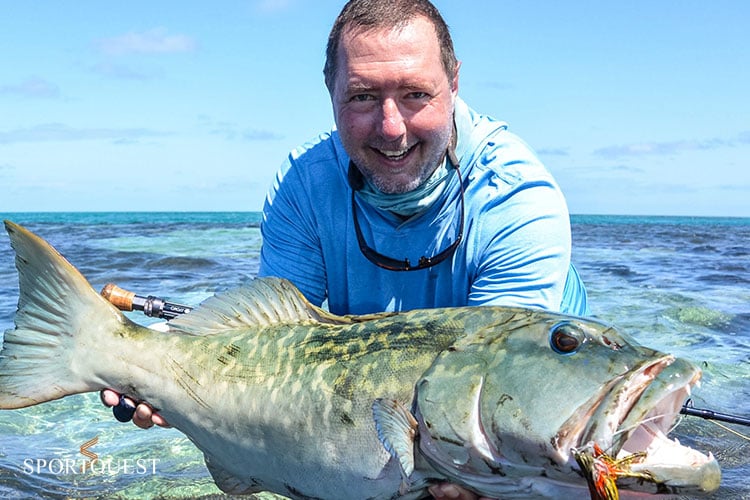 Mike had a solid week on Farquhar landing GT’s of 73cm and 76c, as well as a 52cm Moustache Trigger. His boat partner Stephen flew in to try and add to the impressive list of species he had caught on a particular fly he invented called “The Bouncer”. With Farquhar  offering an incredible array of species it came as no surprise when he added 21 new species to “The Bouncer” by the end of the trip. He also landed Moustache Triggers of 40cm and 58cm, as well as a Yellow Margin Trigger of 52cm. Congrats Steve! 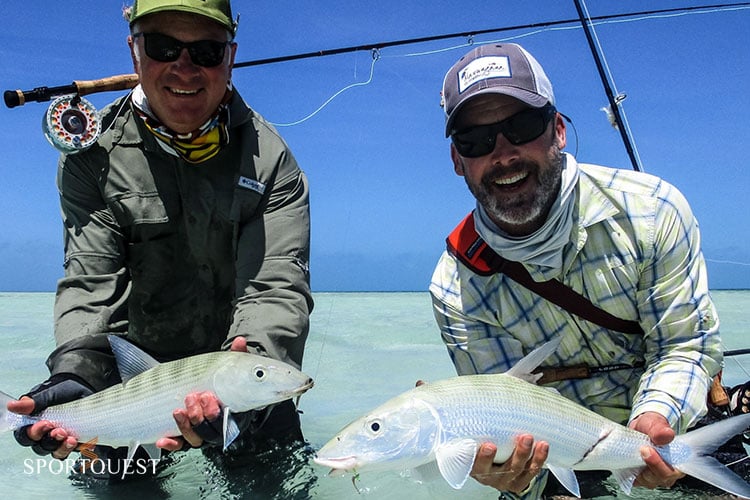 All in all, it was a pretty solid week with a really great bunch of guys who we would like to thank for joining us. 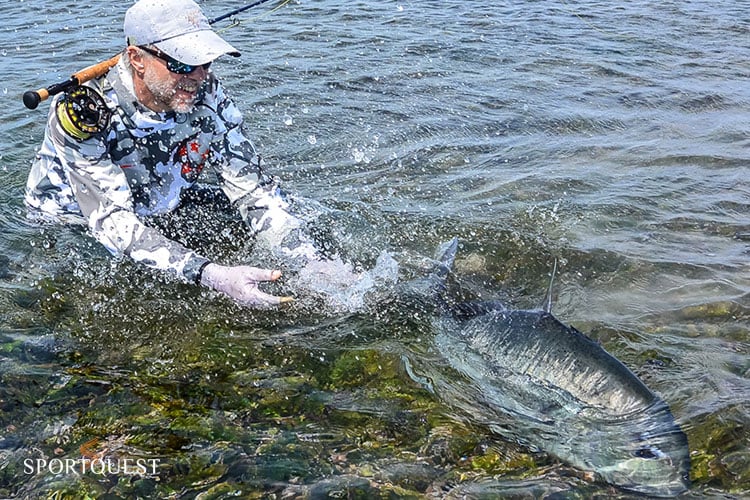 Wow, I am sure you will agree that the fishing out at Farquhar looks to be out of this world.

Why not take a look at what we can offer you at Farquhar HERE and get booked up for either 2019 or 2020.