Farquhar Report 15 to 22 April and its amazing to think that the first half of our season for 2015 before we break is already drawing very close. But with ten excited customers arriving on the atoll this week, our guides were still determined to put in a stellar performance for them! This week there was some serious tidal movement during the course of the week, so together with an influx of cold blue water onto the atoll’s flats and some favorable weather forecast, our guides were optimistic the fishing would live up to everyones expectations.

The week got off to a flyer when Peter hooked and landed his first Permit on the first day. This brought the total number of seven Permit for the season! Fishing for Bonefish on the inside of the lagoon, it’s not unusual to see small shoals of Permit cruising the shoreline. A small adjustment to one’s technique is needed and then the focus shifts towards reading the fish’s body language. After a couple of short strips the quivering tail is a sure indication the fish has eaten the fly. SET SET are the instructions that generally follow, following which the fight is on. Although Peter’s fish was the only one landed during the trip, every guest enjoyed the experience of presenting a fly to the Holy Grail of the flats. 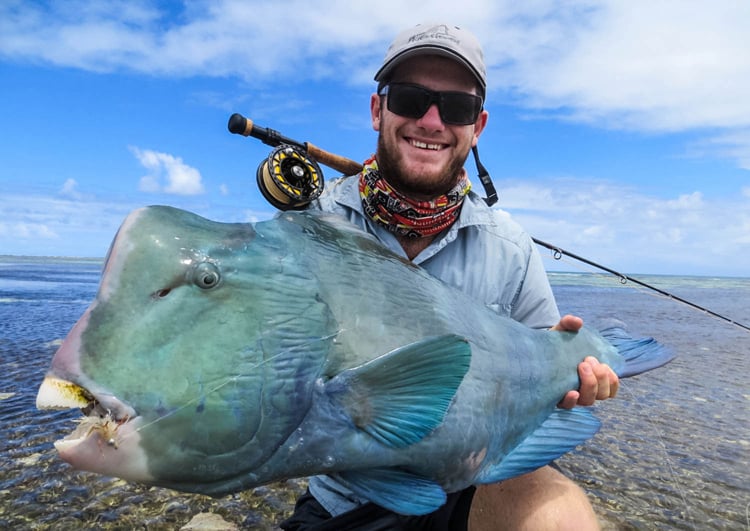 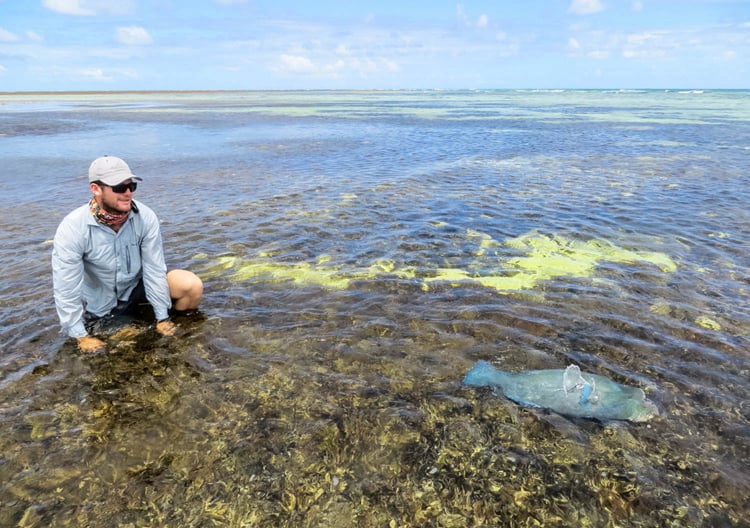 The bewildering Bumphead Parrots were widely spoken about on the first day, with most of the anglers expressing a keen interest in targeting the huge tailing critters. With numerous crab patterns presented to these fish, Ian as well as Hendrik managed to hook fish…sadly however the coral edge shredding the leaders prematurely. Peter however came across a shoal tailing over some small isolated turtle grass patches on a large white sand flat. After presenting his fly to these larger than average size fish he managed to entice one really large fish to eat his fly. Fish on!! The fish screamed off with the rest of the shoal, however with the backing emptying off his reel at a frightening speed the decision was made to follow the fish with the boat. After an epic forty-minute fight our hearts however sank as the hook simply pulled free and the fish disappeared into the depths. 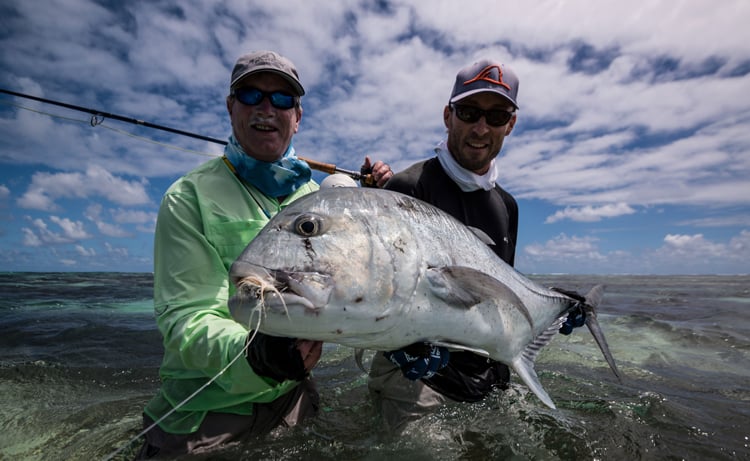 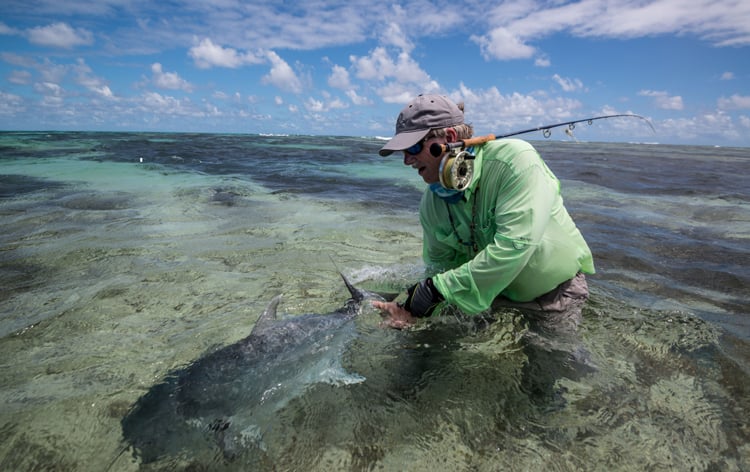 Thankfully not all was doom and gloom with Gareth showing the patience and nerve needed to land one of Farquhar’s blue and green giants. Congrats Gareth!The GT as always was at the top of the list for most anglers and the guides planning sessions were mostly based around choosing areas that should hold good numbers of GT’s. The account was open when Peter landed the first GT for the week, which just so happened to be the largest fish for the trip. His 101 cm fish earning him the highly coveted “red cap”. The tally soon gained momentum as Ian tussled with and landed two good fish on the third day and his third GT for the week on the fourth day. Hendrik, Magnus and Yves too all managed a GT each, bringing the total number to 7 for the trip. GT fishing is however not for the faint hearted and as such does not always end with smiles. Sadly due to some ill luck and tackle failure more of Farquhar’s alpha predators were lost prematurely. Nonetheless, seeing that big bucket mouth opening and the fish charge in on the fly is something that will never leave you. Their power and ferocity is addictive to see and so its no wonder that our guides cannot wait to get back in Sept to do battle once more! 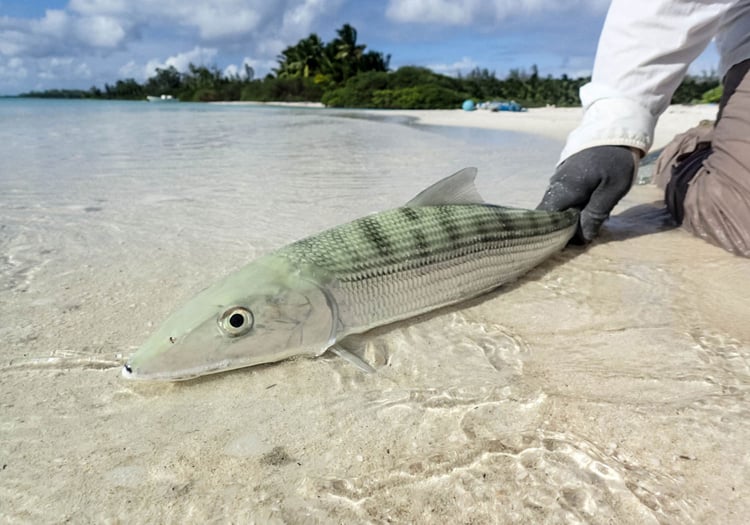 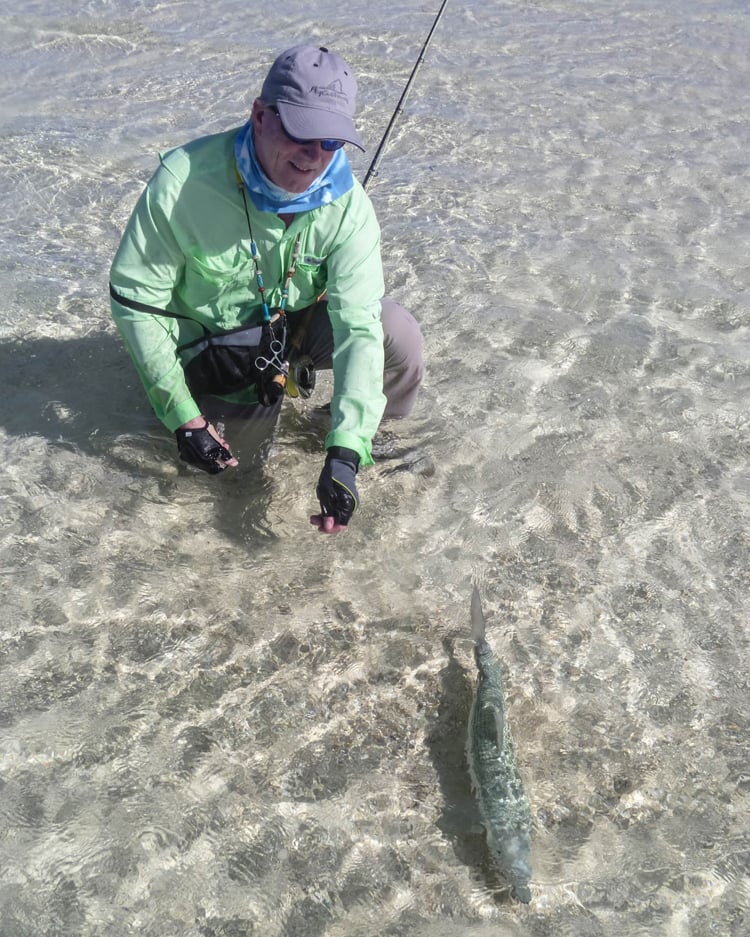 The Bonefish fishing as per usual on Farquhar provided constant action for those eager to target them. Whether it was picking out fish over pure white sand on the inside of the lagoon or tussling with dark backed fish scouring the marl flats in the surf zone, Farquhar continued to deliver superb fishing for the Grey Ghost.

All in all a very enjoyable week and a great way to end our season! Thank you to all our customers during this week and throughout the season.

It has been a privilege to share Farquhar’s diversity and special fish with all of you!

Until later this year…… tight lines! 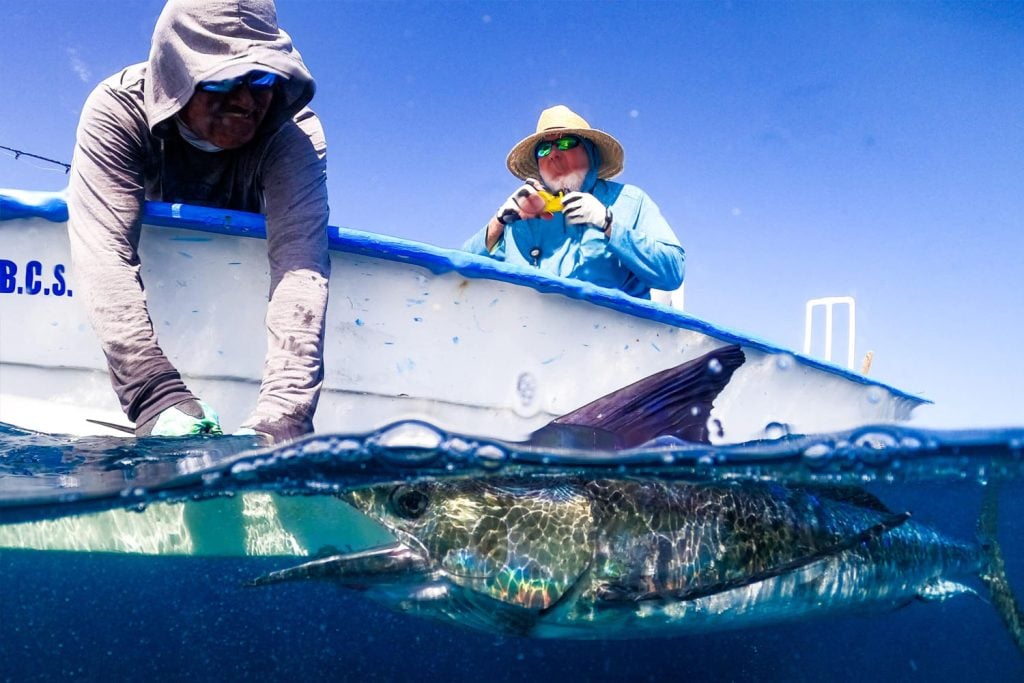 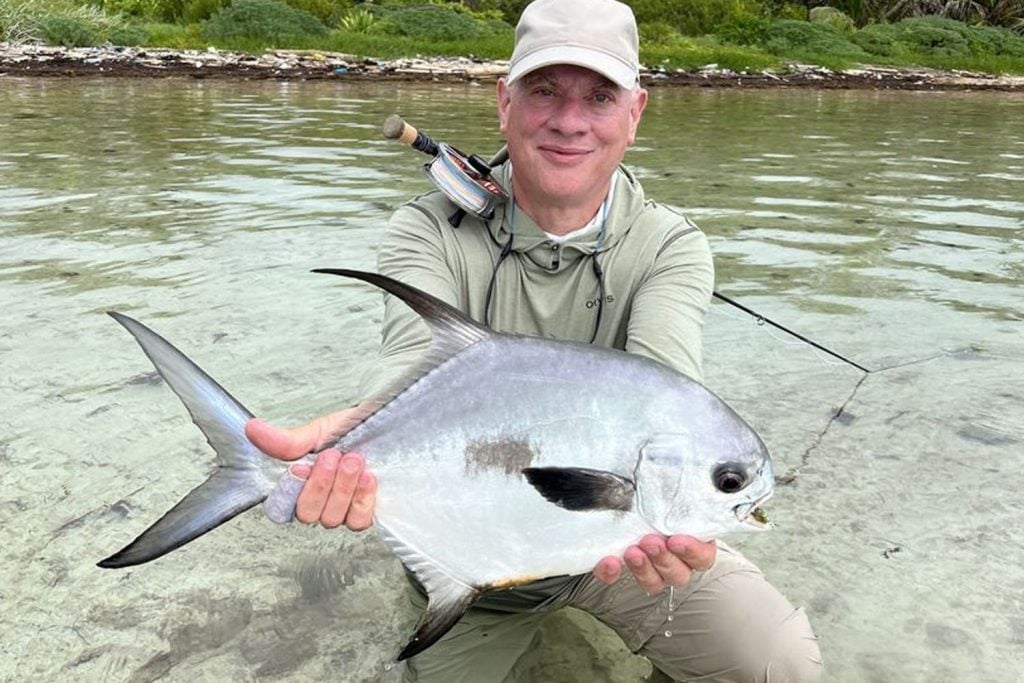 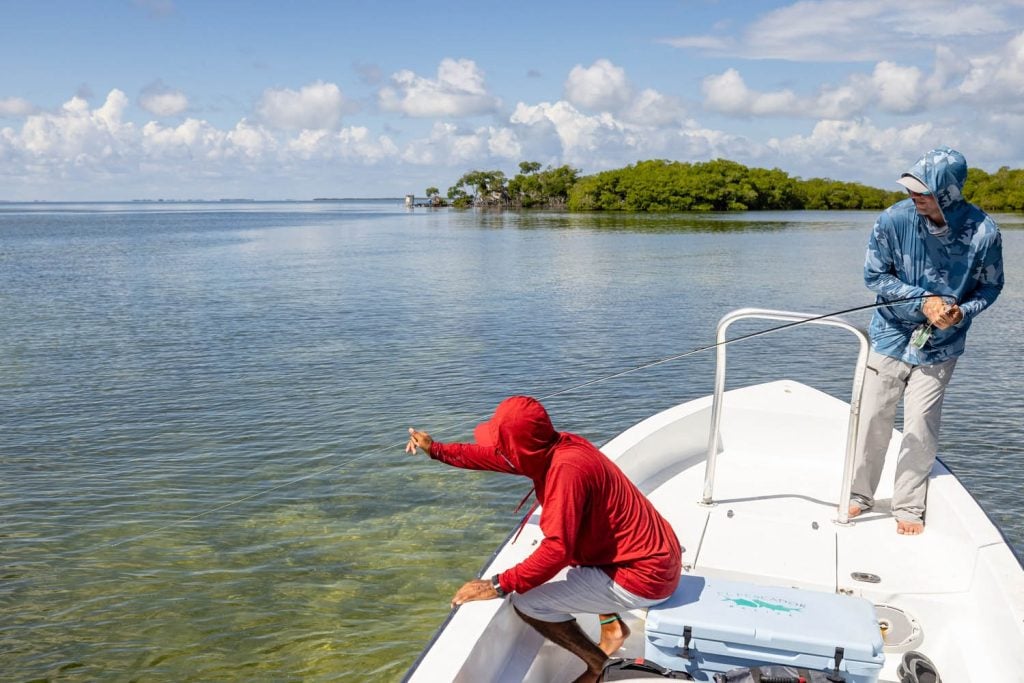