The latest Farquhar catch report is in and the fishing has been a bit harder due to a change in weather but the fish have still been biting with some great species caught by the customers.

It was a tough week from a weather point of view, a large tropical depression was circulating around the region bringing with it a strong Westerly wind and heavy rain throughout the week. 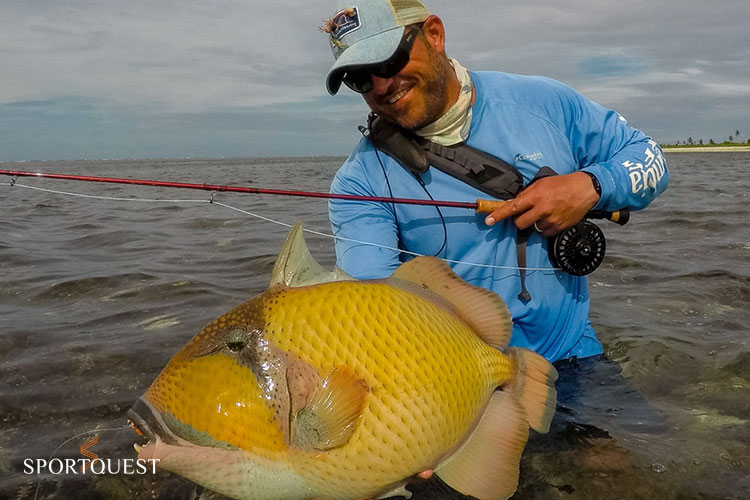 With the sudden change in weather the GT’s were reluctant to come onto the flats and as a result, the GT fishing was tough by Farquhar standards with only 8 fish being hooked and 5 landed. Sean managed to land 2 fish of 78cm and 82cm respectively, Ferdi and David also landed a GT each of 65cm and 77cm. The fish of the week was however a really good one, Tom’s first ever GT on fly, a 115cm slab. The fish was seen cruising a turtle grass flat on the back of a Nurse shark. Tom made the cast just off the shark and a few quick strips later he got the bite. Epic fish, well done Tom! A few sizeable Bluefin Trevally were also landed including Sean’s 78cm fish and Mary 72cm. 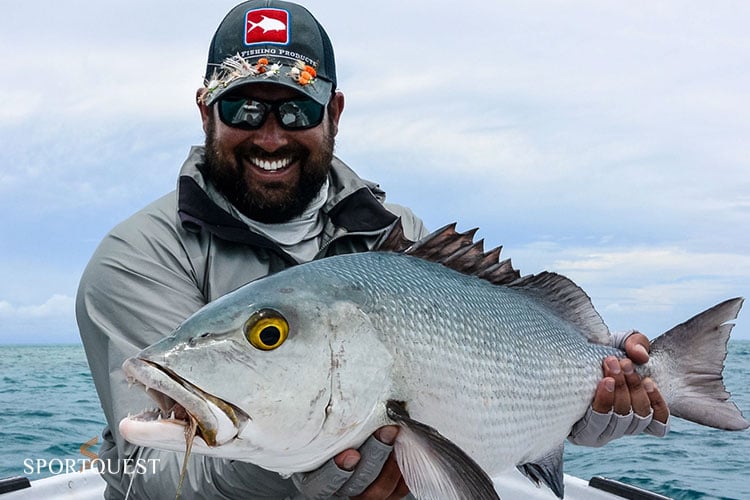 The Triggers were around in solid numbers as we saw many tailing all over the atoll, 8 were hooked and 3 landed. Mary landed her first, a fine 45cm Moustache Trigger. Tom also managed a 46cm Moustache Trigger and Sean got a personal best 58cm Moustache Trigger. This tank was spotted tailing hard over a patch of turtle grass during a surf walk. Sean put the fly right next to the fish and with a long draw of the fly the fish rushed over and crushed it. Well done Sean. 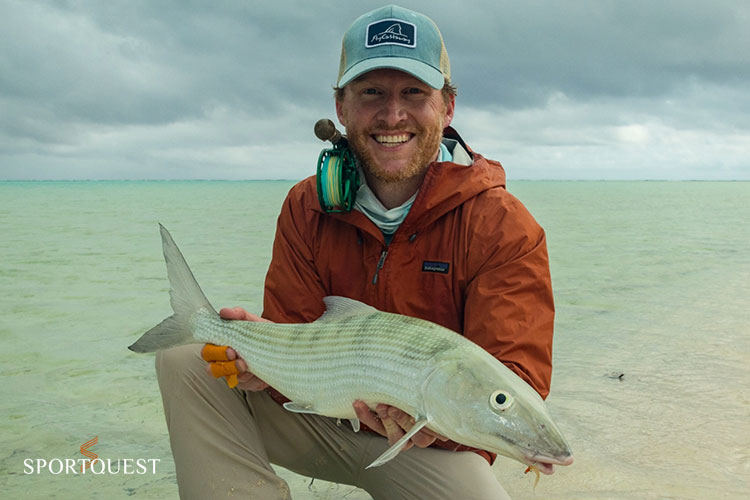 The Bumpies were scattered throughout the week and although we managed to hook 5 we unfortunately were only able to convert 1 fish. After plenty of perseverance, Ferdi got his first Bumpie, a 90cm fish that was tailing on a turtle grass section close to the surf. Once hooked the fish took off like a steam train, nearly spooling him as he reached the last 30m of backing. He managed to turn the fish and get her away from the rest of the school and after a lengthy fight, Ferdi landed the fish he has been chasing for a while. Nicely done Ferdi! 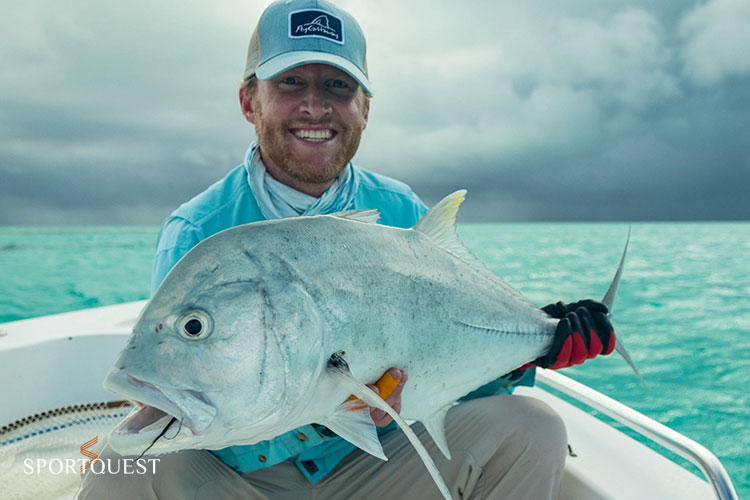 With the constant overcast and rainy conditions throughout the week, spotting Bones was tricky, but our customers got it done with everyone landing Bones at an average size of 55cm. One particularly memorable fish was landed by Sean, an 82cm brute! The big fish was landed during a surf walk after Sean spotted the fishtailing in the swell all on its own. A good cast went out, the fish hit and a searing run towards the surf ensued. He managed to turn it and after a solid tussle, the giant fish was landed. 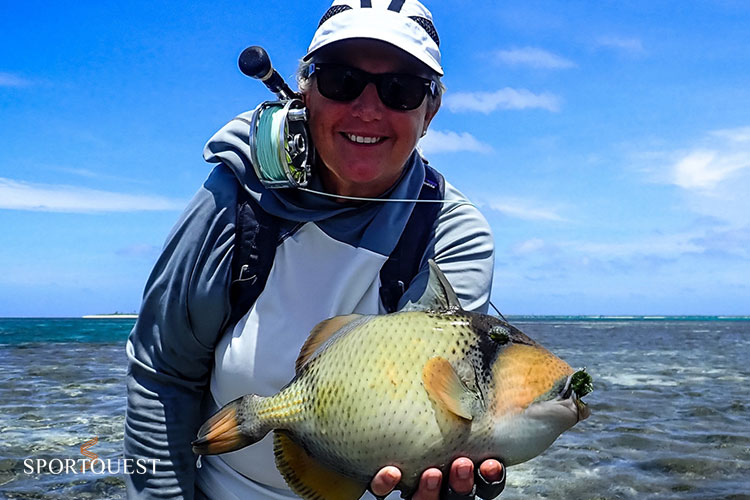 The species fishing this week continued to impress, the grouper species in particular were smashing anything that came near their coral head. Jonathan landed a 55cm Napoleon Wrasse, whilst Tom’s 80cm African Marble grouper were two of the better ones landed. Though it was a tough fishing week by Farquhar’s standards but a few superb fish did come to hand and with a great bunch of people ensured good times were still had by all. 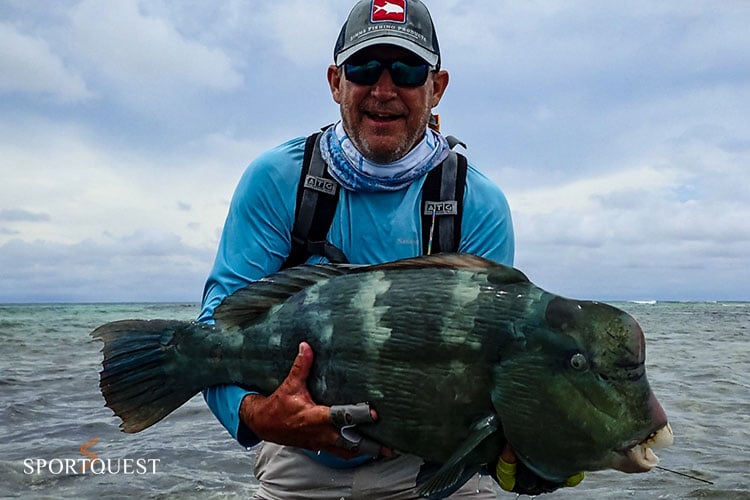 As you can see even on a hard week at Farquhar the fishing can still be very good with some stunning fish being caught.

If Farquhar is something that ticks all the boxes for you then why not come and get booked up for either 2019 or 2020 with Sportquest Holidays.