Farquhar Fishing Report Seychelles 09 to 16 March and for our second group of customers the week started off with some very stable conditions with not a drop of wind on the first morning. This meant there was lots of GT’s around the flats and our customers managed to bend the 12 weight rods to the max. Congratulations to Cliff, Michael, Christopher, Martin and Paul on landing their first ever GT’s sight fished on the flats. A special mention however must go out to Adrian who successfully landed the biggest GT for the season so far with a prime specimen of 120 cm. A fish of a lifetime for sure and considering it was his first GT on the flats, a very special moment indeed. The fish was lying in a deep hole on a turtle grass flat holding against the tide waiting for any baitfish choosing the wrong path when guide and angler came across it. The cast went out, landing in the perfect spot and the GT charged and ate the fly without any hesitation. It attacked the fly with such ferocity it almost launched itself clear out of the water. The hook was driven home and the fish screamed off, the backing peeling off at a frightening speed. Thankfully everything went to plan and after a solid 15-minute battle his prize was tailed, photographed and set free to fight another day. Another truly epic moment on Farquhar! All in all 9 GT’s were landed during the week, not to mention a further 8 of which were hooked but came off earlier than hoped. 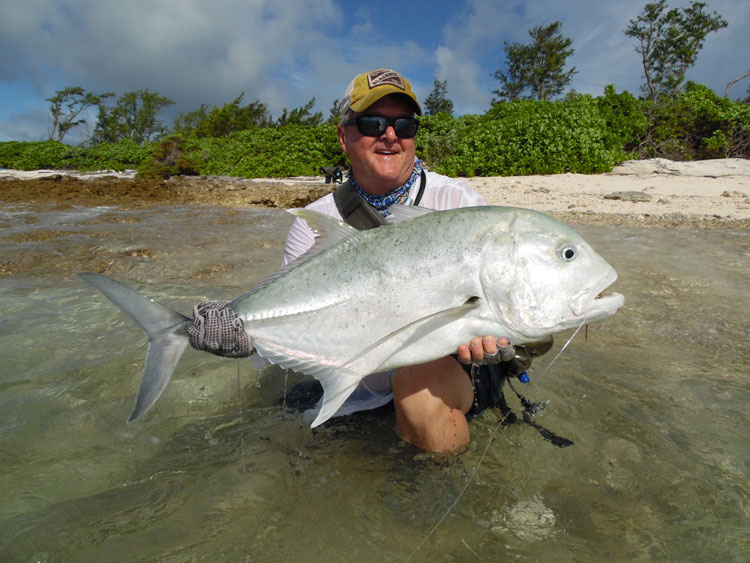 It was also good to see that during the week the Bumphead Parrotfish are back and tailing happily across flats. Our group managed to hook a total of 11 for the week, sadly though only one of which made it all the way in. Congratulations to Martin for sticking with it and for landing one of these extremely powerful fish. 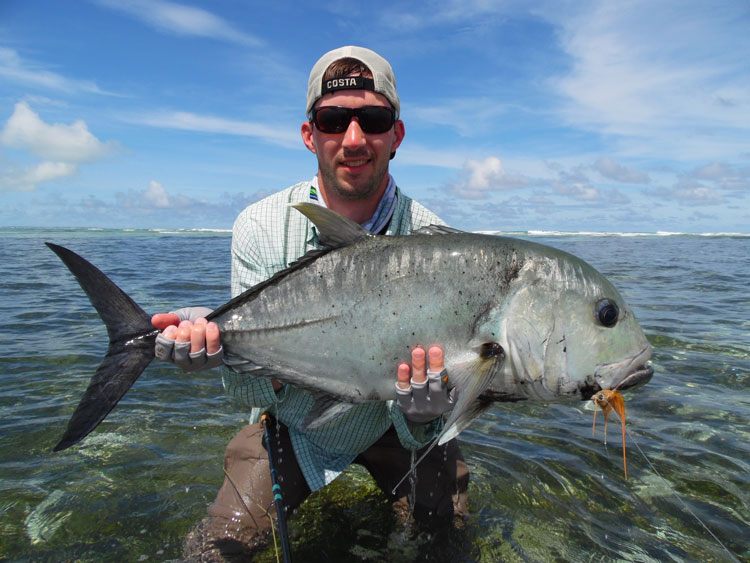 The fair weather continued throughout the week that definitely showed in the fishing. The Triggerfish were therefore around in good numbers, allowing the group to hook 7 of the wily critters. Sadly not all were landed but credit goes out to John Giles for making it happen on a real solid Giant Triggerfish, as well as to Paul who achieved his Grand Slam for the day by landing his Picasso Triggerfish. 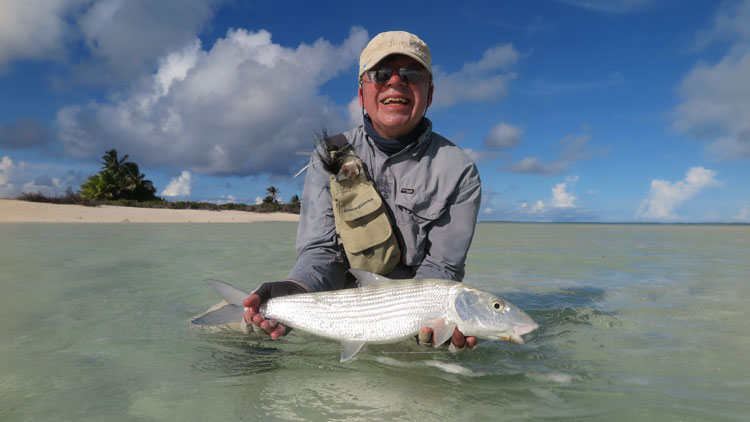 The calm offshore conditions provided the much-anticipated Milkfish feeding sessions during certain tides. 4 fish were hooked throughout the week, 2 of which sadly came off right at the end. Nonetheless, the guests who came into contact with the Chanos Chanos will not easily forget these sessions and the experience of fishing to these immensely powerful fish. 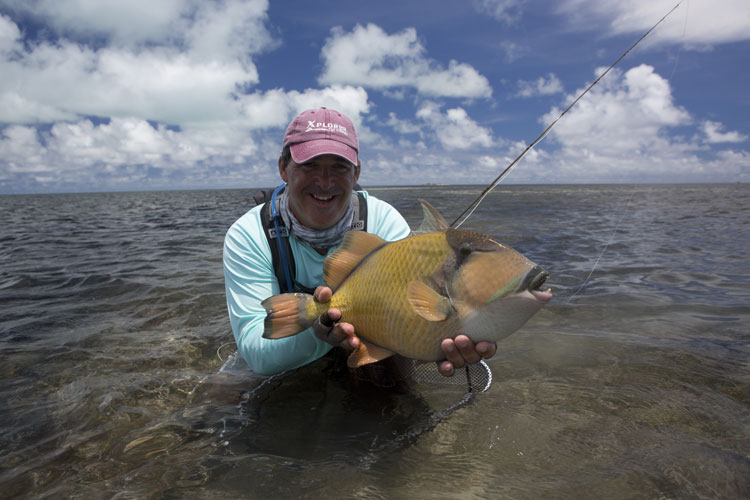 The Bones were full up this week and provided constant action when sought out. Our group managed to get some really good-sized fish, so together with these iconic fish and Martin’s flats caught Golden Trevally Farquhar produced a great week of diversity once again. 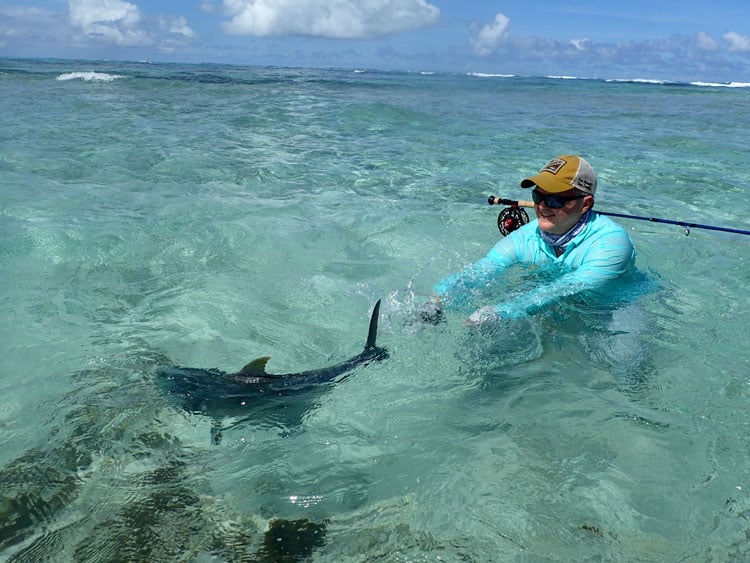 I am personally so looking forward in hosting my first trip out to Farquhar in Oct 2017. As a self confessed GT and Triggerfish addict I just cannot wait, we have the full camp on my trips, so if you would like to join me in 2017 contact me in the office on 01603 407596 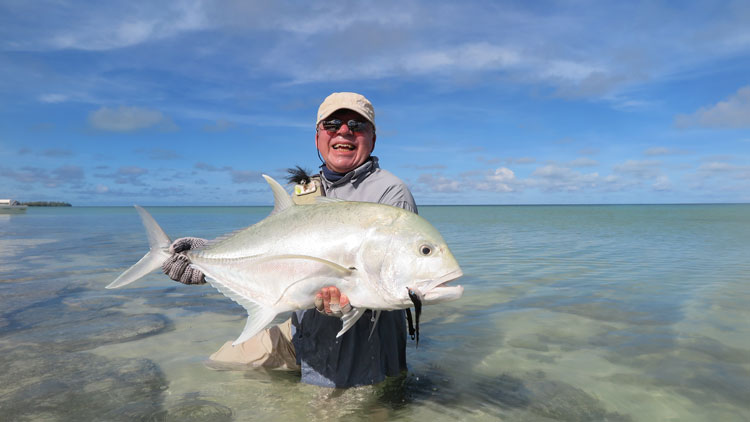 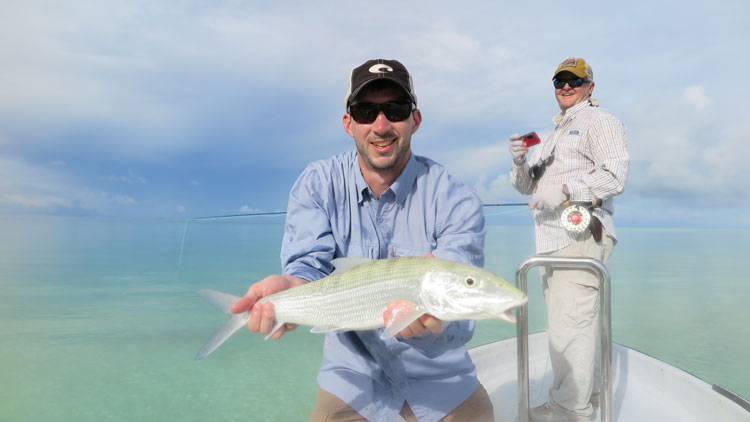 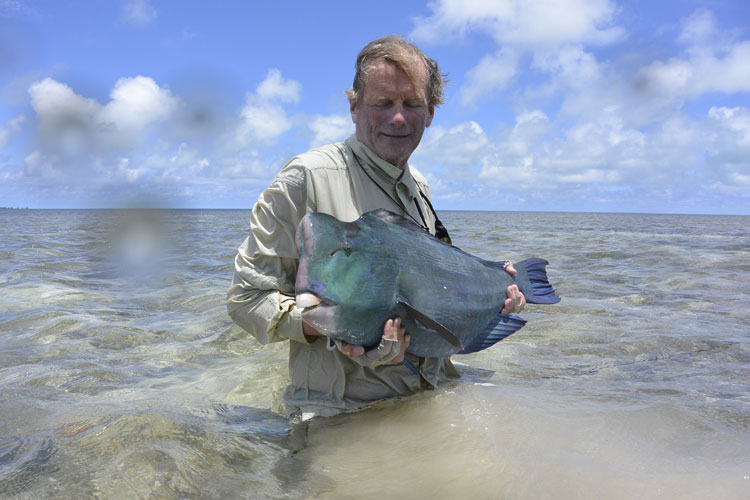