We have received this phenomenal report in from the Farquhar lodge in the Seychelles and the fishing has been out of this world. The customers fishing the lodge have seen sport like you would not believe, the catches have been constant with some truly stunning fish being landed. Take a look at this report, the pictures speak for themselves.

Our week, with a group mostly made up of return visitors to Farquhar, started with a mid-day spring tide. This allowed us to fish the full drop and pushing tide for the first couple days of the week moving into neap tides as the week developed. The weather was somewhat challenging for the first few days of the week but cleared up nicely with us enjoying a good 4 days of great weather conditions.

The GT fishing was fantastic this week with 20 of the 39 hooked fish being landed. One customer landed our largest fish for the week at 99cm. A truly special moment with a good friend and fishing partner. Alfredo opened his GT account with a stunning 90cm GT on the first morning of the week. This was Alfredo’s first ever GT on Fly and he managed to land another later in the week. David in particular fished well and had a cracking week, landing 9 GTs of varying sizes. Superb fishing! 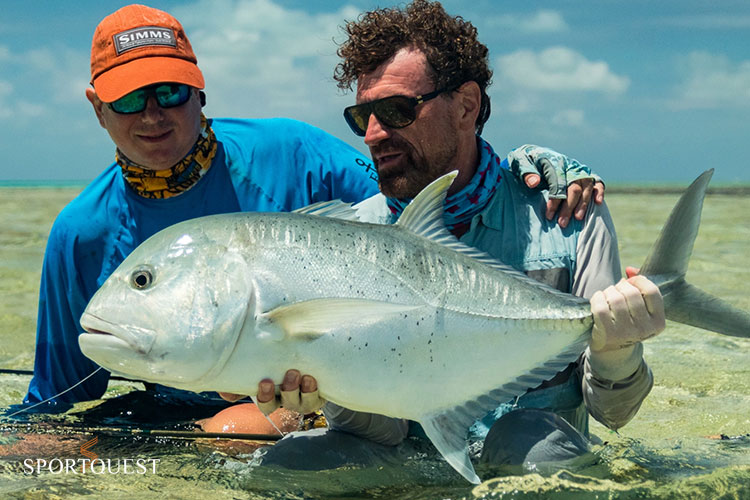 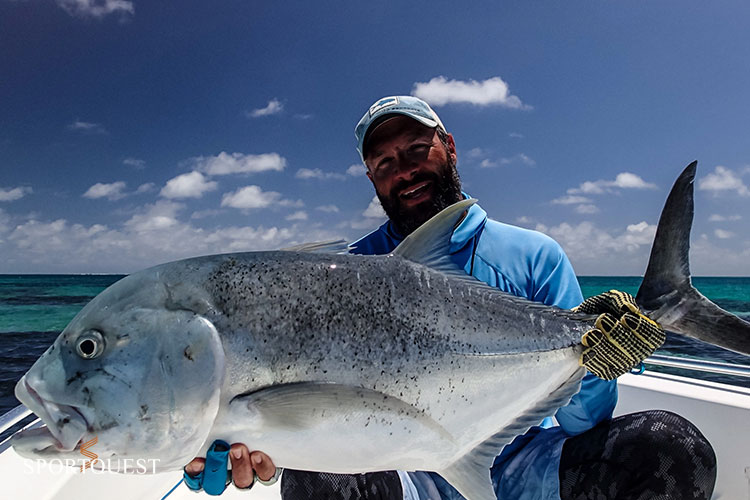 The Bumpies also provided good chances throughout the week. In the end, we landed 4 of the 7 we had hooked. David landed his first and second Bumphead Parrotfish on fly on the same day and when he managed to land a GT as well as a Bonefish before the day was done he had completed our Bumpy Slam. Congrats! Matvey and Andrey also managed to hook and land their first Bumphead Parrotfish on the fly. Well done guys! The Triggers were busy on the flats this week, our customers managed to hook 7 but only a beautiful Yellow Margin caught by Alexander and a strong Titan were landed by Gennadii. Gennadii’s fish was part of our second Slam for the week, the other two species on the day including a Bonefish and GT. Great job! 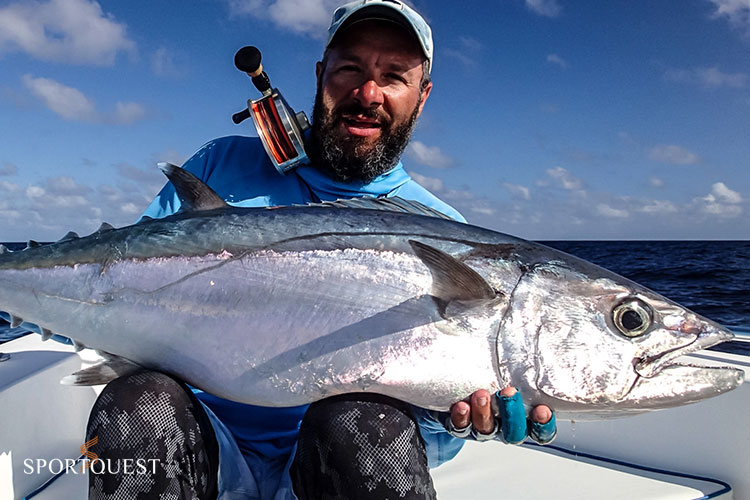 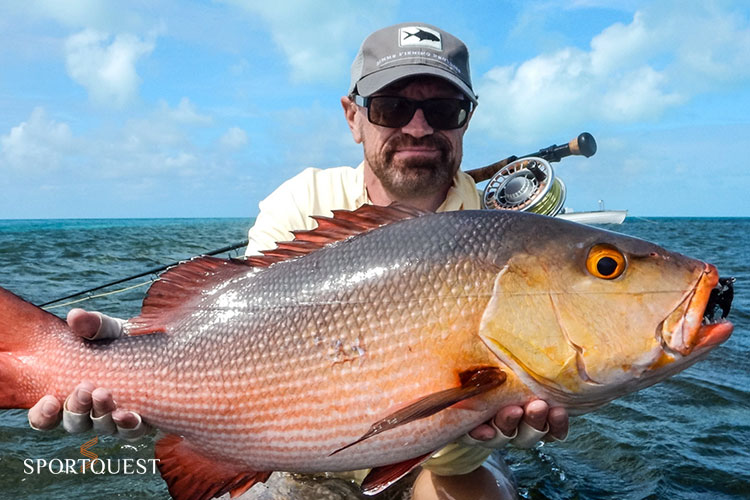 We also experienced some terrific Bonefishing this week. All the guests landing solid numbers before the week came to a close. Our offshore fishery continued to fire. Two Sailies, multiple Tuna, some Rainbow Runner and a 115cm Dogtooth Tuna landed by David capped off a really enjoyable week highlighting Farquhar’s terrific species possibilities.  It was a great week with a great group of people and we look forward to welcoming them back to Farquhar soon. 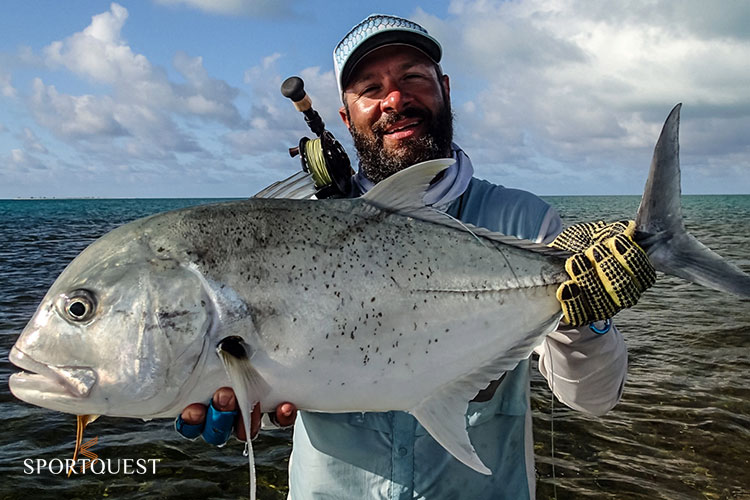 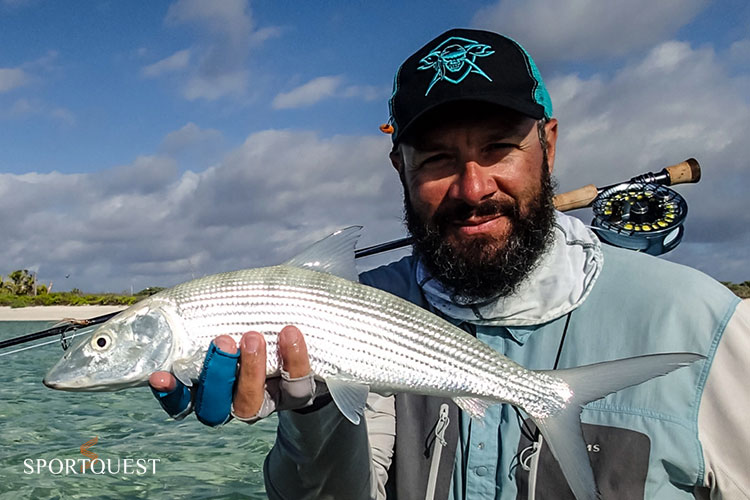 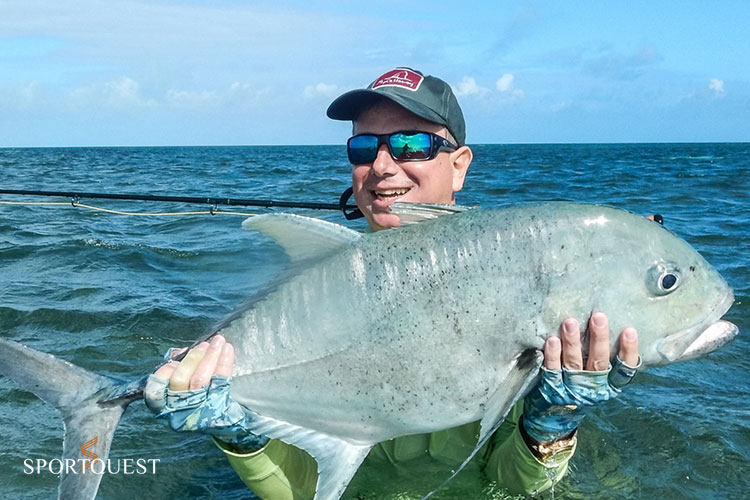 Wow! The fishing is looking eye-poppingly good out in the Seychelles.

Here at Sportquest we can send you out to this lodge in either 2019 and 2020 to sample some of this astounding action for yourselves.