Upon the arrival of the guide’s team in late December, the river looked fantastic, meandering through the vast grasslands of Tierra del Fuego in its gleaming charm. Water level and clarity were perfect to check back on all pools and to scout, which parts of the river had changed in structure and flow over the past winter. Despite of these supposedly great conditions, the fishing turned out to be quite tough and only very few fish showed themselves moving. It just seemed that not a whole lot of fish had entered the system yet, but that should change quite soon. Half way into the guide’s week, the super moon, that made for the biggest tidal difference of the year, combined with a couple of rainy days that made the river swell up a few inches, came like a blessing in the sky. Fish were entering the river in the mouth in good numbers, while higher water paved their way up here into Kau Tapen waters. Just when our first group of clients arrived, the river started dropping. Everyone was stoked for the week to come, clients and team alike.

Upon arrival, the nice and warm welcome speech by house managers Guy and Ivonne was followed by a quick warm-up session. It was indeed a nice surprise for most and despite tiredness and exhaustion form the long journey, most members of the group were excited to wet a quick line before the first dinner. It is always a great way to get accustomed with the double handed rod, find the right setup and get that first satisfaction of a proper swing.

On the first fishing day, the water was still quite cloudy and an unlucky strong north-west wind made it tough to cover most of our pools properly. It was a rough start for this group, as the daunting task of casting your fly into the unforgiving wind, just to see it land somewhere next to you seems quite discouraging, especially since everybody was a Rio Grande first-timer. Nonetheless, we managed to land the first fresh silver fish and especially the late hours brought a ray of hope, with a perfect silver 15 lbs hen for Dan, who managed to land the fish in spite of getting it wrapped around a submerged piece of cutbank halfway into the fight.

Strong winds where followed by no wind and bright sunshine on the second day – a combination that made the water temperature rise from 13 to 18 °C in just 4 hours. All of us put our hopes into the evening session. But the rapid change of water conditions over these past days just seemed to render the fish listless. Nonetheless would Abaco Lodge Manager Christiaan managed to bring in an angry looking, colored kype of 15 lbs, a fish that guide Paulo had caught only a few days earlier during the guide’s week.

It wasn’t until Tuesday that the fishing started to really pick up. For the first time in the season, we started to see more fish moving in the pools and the number of hook-ups and fish landed just went along. The water was significantly clearing up and falling, wind was moderately blowing from the “right” direction, and for the first time in this week we started catching fish on the green machine again. Black and chartreuse leeches and smaller rubberleg zonkers were producing fish as well. It really seemed like the fishing was getting more and more consistent and by the end of the day, we were all happy to credit for a solid number of 10+ lbs fish landed on that day with the biggest being a beautiful 15 lbs colored hen, landed by Dick in “homepool”. Susan, who had brought her sons Jack and Jamie, seemed to have stocked up on her green-machine-karma, landing three nice fish, her first of the week. It was a pity to see Jack, the youngster of the group and spey-rod first-timer, lost a cracking silver bright fish, that jumped him in Big Horn Pool, but he should redeem himself soon enough.

It would not be long until Jack had his second chance on the fish of his trip, not letting it slip this time. A perfect 18 lbs silver bright fish that would stay the biggest of the week. A memory, he will take home to Canada to treasure for a long time to come. His older brother Jamie did get his shots as well, finally bringing his first couple of nice fish into the net. Everybody had officially lost their Rio Grande virginity by mid-week. But the best day was yet to come.

Steady conditions seemed to fuel the activity of the fish. The water level was still high enough for fish, to push through from the sea without any greater obstacles or bottlenecks. That would be quickly proven on Thursday night, when our Frenchmen, Laurent and Mikael were celebrating their own chromer-party in “Boca Beat”, landing 8 fish in the evening session alone. Fish were landed in every rotation that day until the very last minute, when Canadian Musky-Legend Mike could land an incredible 15 lb cockfish on the last cast of the day (10:59 p.m.). Slowly but surely it started raining and the rain should not fall silent until the early morning hours.

The long rain, strong south-east wind and a very cold night made for a sudden decline in water temperature from 15 °C down to 11 °C. Fish activity started to slow down until the later evening hours with a few more fresh fish landed, one of them another perfect 15-pounder for Mike. What a fish to end the week!

We here at Kau Tapen couldn’t be happier about our first group. It seemed like the dynamics within the group could not have been more balanced. Lots of laughs were shared and many fond memories were made. As this was the first time here for each and everyone in the group, we are especially happy with the great performance and the steep improvement of those, who had never touched a spey-rod before. It seems like it was not the last time to see these kind faces around here, to chase dreams and the fish of a lifetime in the hallowed waters of the Rio Grande. 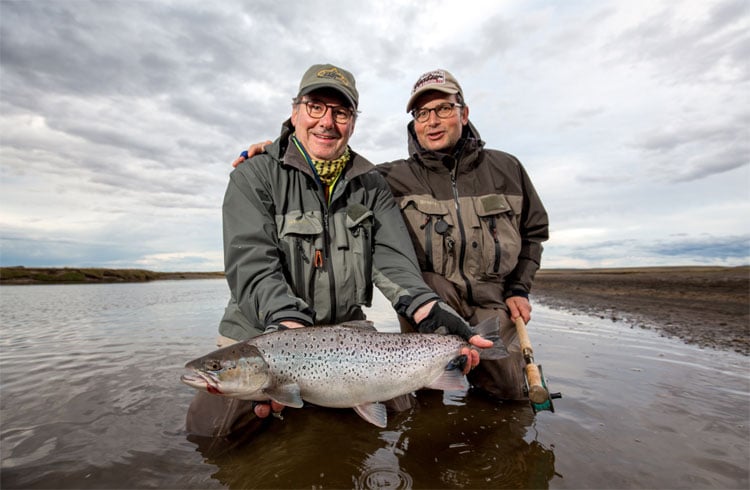 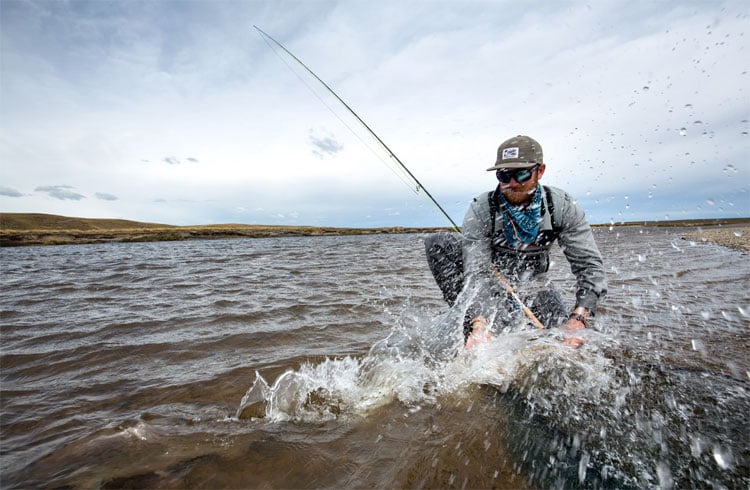 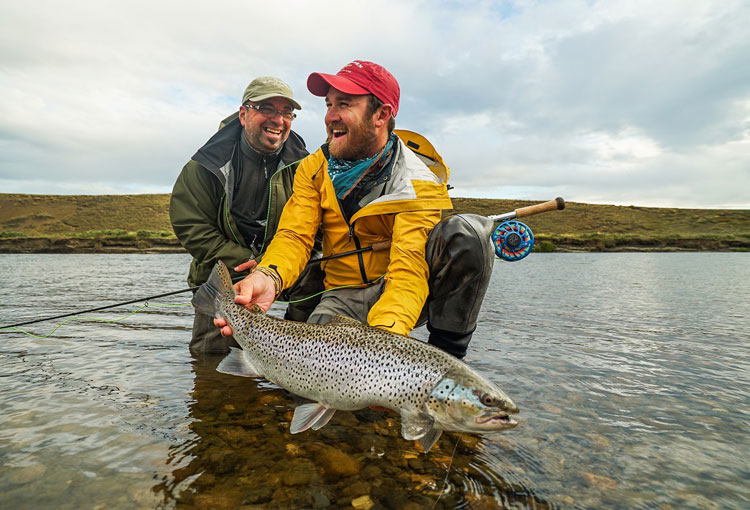 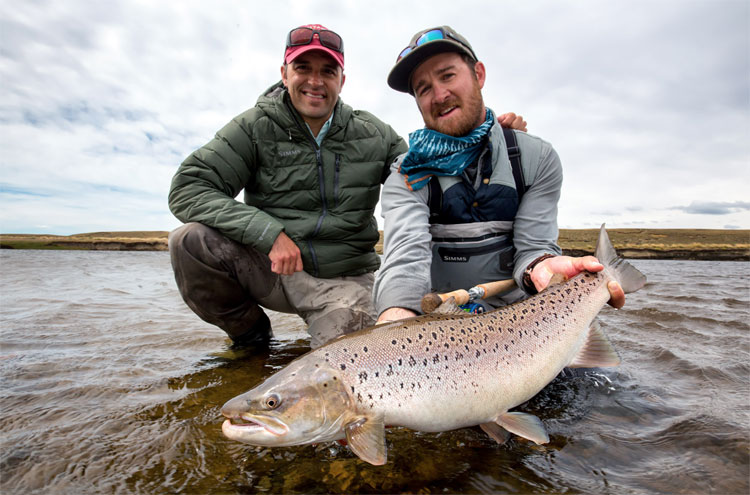