Unusual conditions“ is what would describe the past week’s fishing. The rains that had poured down during the last days of the previous fishing week have had their impact on the water: slightly high and cloudy. Already throughout Saturday, the water had started to clear up again and the colour of the water had changed into that one of a light tea. Standing up on the hill, glancing down on the Rio Grande reflecting the dark blue sky while the sun is setting somewhere behind the Andes puts everything to peace for me. We would have a great week ahead of us!

But despite the seemingly good water conditions, the weather gave us all quite the rough start. Our first fishing day was coined by gusty winds of 80 km/h and more, that would not allow anyone to get into a proper casting rhythm. Not quite the start that our speycasting-beginners might had hoped for. On the up-side, it made the casting on any of the following days seem so much easier. Tough conditions to start with made for only a few fish for day one, one of them a cracking 19 pounder for Curtis Sr. – what a fish to start the week.

While the water was continuously dropping throughout the whole week, clear skies and sun on most days, and cold nights with the occasional morning rain made for highly fluctuating water temperatures during the day. When it was 10-12 °C in the morning, the water had warmed up to 16-17° in the evening. Looking back into the catchbook, it becomes obvious that most fish were landed in the late evening hours, when the sun had disappeared and the sky had turned into a beautiful pastel painting of blue, purple, orange and everything in between.

As the week continued, the wind was back to normal, coming from the usual west. But although the water looked great, it seemed that fresh, running fish were not spread in the system yet, but rather concentrated on a certain few pools. When at times you would see a lot of fish moving in some pools, others seemed to be quite calm. Our approach to these unusual conditions was to work a lot of water in the time being, in order to find the running fish. Although not every beat produced fish every session, we were able to land 15+ lbs fish on every day. While the fishing still seemed quite slow in the beginning, it would pick up towards the end of the week. The turning point was the moment, when David would claim the first 20+ pound fish on Wednesday out of Cylindro Pool.

Ian and James were working their pools as consistent as can be, managing to bring in fish on every single day of the week.

Cheryll and Peter, who we had the pleasure to host for over a decade now, were working the waters with vigor. Peter managed to bring in a splendid 16 pounder amongst other fish on Monday, while Cheryll would manage to get a silver bright 15 pounder out of the lower Rio Menendez on Thursday.

Scott and John, both who had never spey-fished before, hooked and landed their first fresh sea-run browns, each leaving their mark in the catchbook with double-digit fish as well.

Curtis Sr. and Curtis Jr. were consistently connecting to fish during this week, both landing multiple great fish over 15 lbs.

David and Peter, both fantastic fishermen but also new to the spey-game, put up quite the learning curve throughout the week. David ended his with 8 fish landed only on the last day, two of those being an unbelievable 22 lbs each. Meaning David finished the week with three amazing fish over 20 lbs.

Finally Tim and Jamie, both grinding the pools with such relentlessness in any kind of weather, connected to quite a few fish. While Tim would recall Wednesday being one of his best days fishing to date, landing a cracking fresh 14- and 17-pounder, Tim had a run of bad luck, losing most of his fish unfortunately. But he would also finish the week on a happy note, breaking his curse on the very last day.

What would seem like a very tough week in the beginning, with unusually fluctuating water temperatures and fast running fish, that were quite hard to locate, ended up to be a really successful one in the sum. All of our dear guests had landed chrome and the loud chatter on the dinner table had us rest assured, that everybody was having an outstanding time – on and off the water. We are looking forward to seeing some of these bright faces again next season. 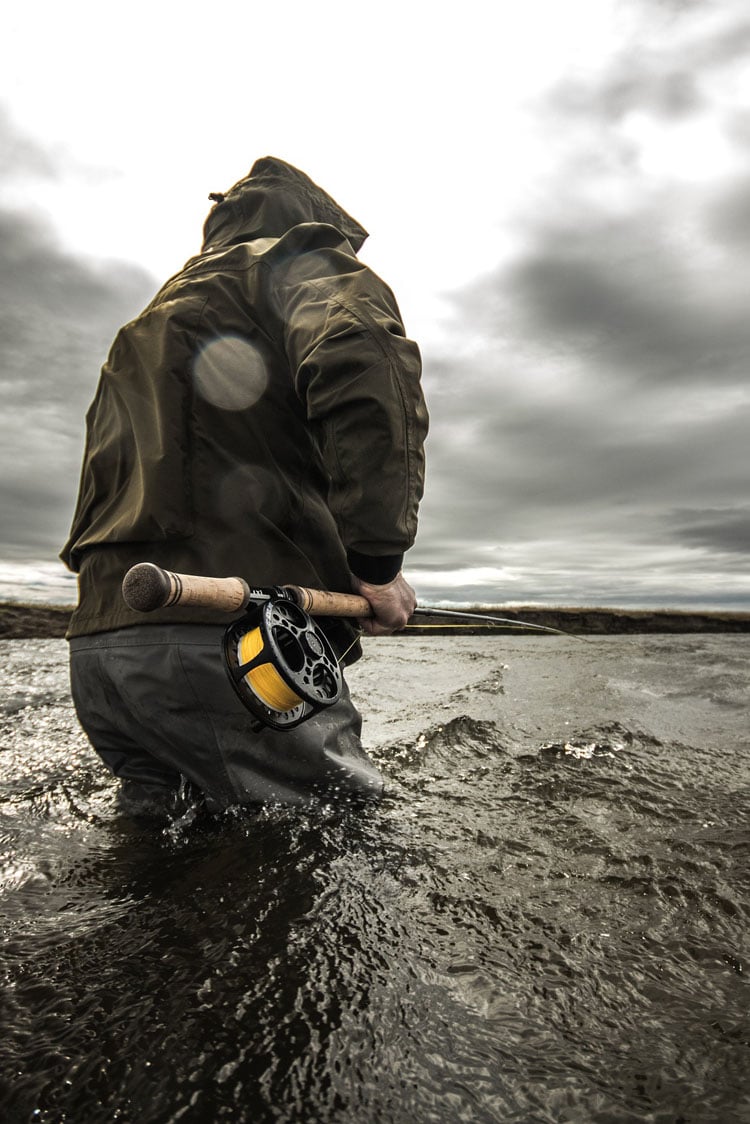 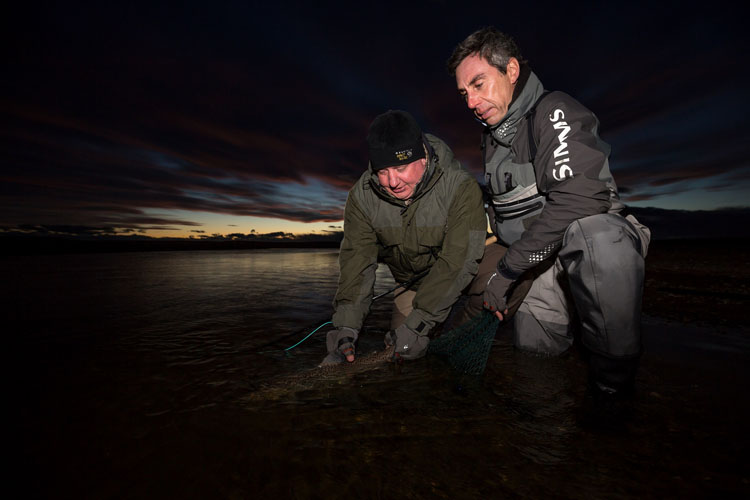 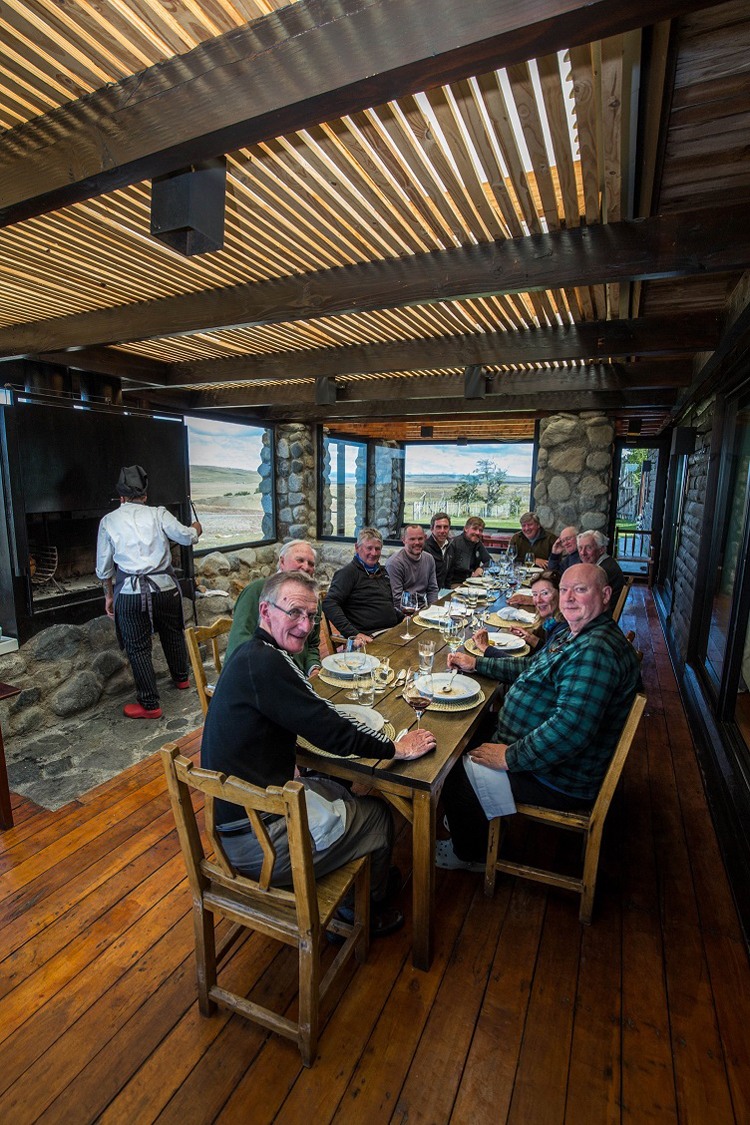 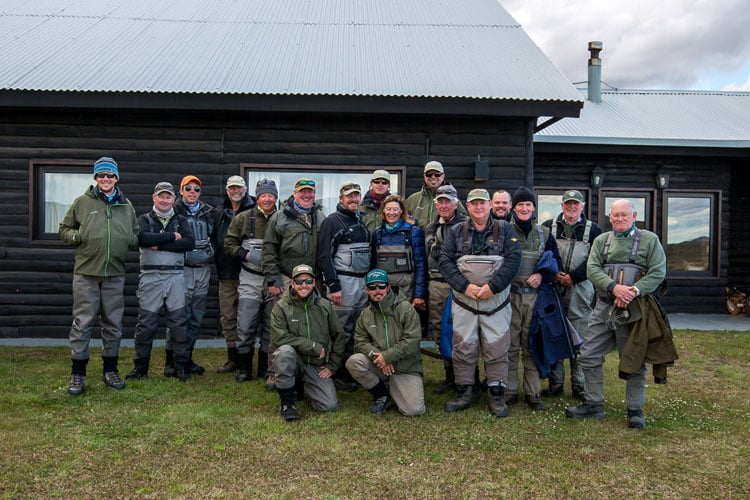 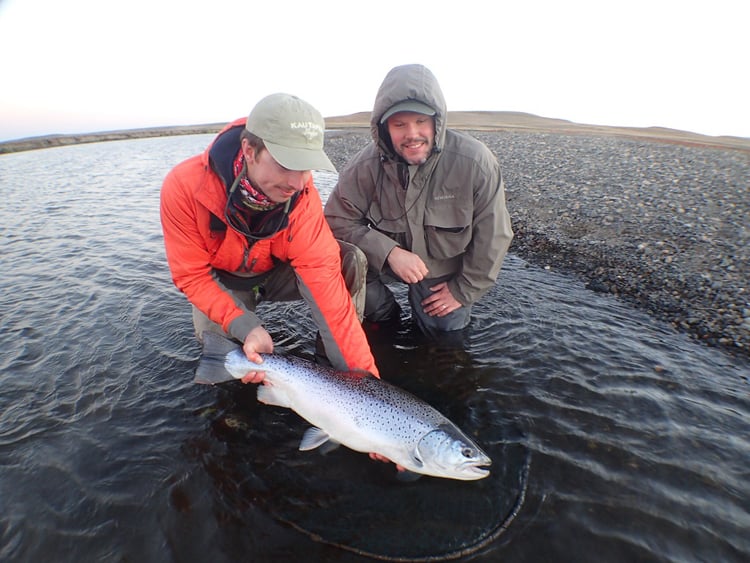