For the first time this season, the water did not change much before the arrival of our new group. The river had been dropping at a constant pace and had cleared up to the point, where you could start fishing EMBs on floating line, without worrying that the fish wouldn’t see the fly. Short: The river looked fantastic and the entire team was stoked about these (now) more consistent conditions. 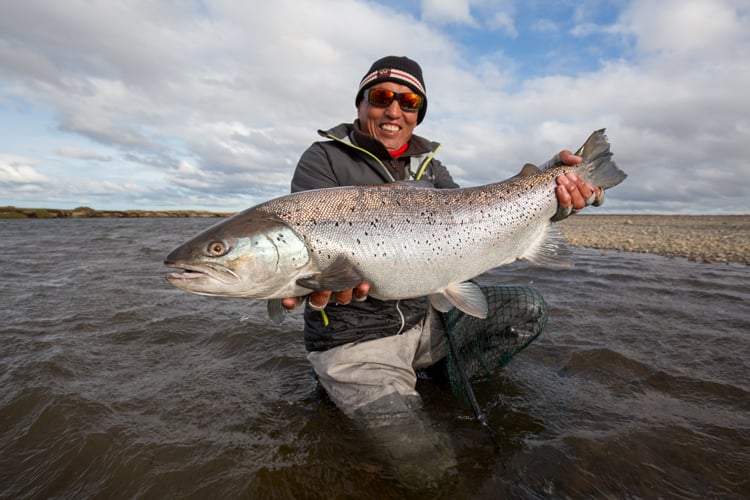 Not only did the river look great upon the new group’s arrival, the weather should also be quite consistent throughout the entire week. Few rain showers, fairly cold nights and mostly overcast skies allowed for very constant water levels and only little changes in water temperature (mostly between 10-13 °C). Only that well-known Southern-Patagonian wind, that will grind on you and get down to your bones would make it tough to cast at times, especially for our spey-casting beginners. But already on day one, these guys were filling up the catchbook, amongst the first fish, a nice 16-pounder and a perfect, bright 17-pounder to start the week. Monday continued to be quite prolific, with a mean-looking, coloured 19 lbs kype and new personal best fish for Jim, as well as a terrific fresh 17 lbs fish for spey-casting beginner Patrick. It was a good sign to see a lot of these 7-12 lbs fresh fish moving in the pools and being caught especially in our lower beats. A great indication that there were a lot more fresh fish entering our waters now. Another fresh 17 lbs hen for Jerkin continued the good trend on Tuesday.

Just like the past week, fishing picked up towards the evening hours, when the sun had disappeared and the last light of the day would make it hard to see your fly land close to the other bank. Sometimes it would be the last 15 minutes of the evening-session, that the fish started to really get active, in some cases producing bites on almost every cast during these last minutes.

Wednesday would be Glenda’s lucky day, when she managed to pull out an outstanding 19-pound fish out of Polo-Pool, earning her the lucky hat at the dinner table for the biggest fish of the session, next to quite a few 14, 15, and 16 pound fish being landed on that same day. However, the week was not over yet and the combination of good conditions and eager anglers produced more double figure fish, with a cracking 18,5-pound chrome fish for Daniel, another perfect 18 pound kype for Patrick and a cracking 14-pounder for Ted on Thursday.

The cool, oxygenated water enabled the fish to run up river, without getting too exhausted, and almost every fish that was hooked, gave us a pretty exhilarating fight, even these smaller, but extremely buff 4-8 lbs fish. Next to the usual green machine game during the day, and leeching at night, smaller nymphs, EMBs and smaller Girdle Bugs produced bites in increased numbers.

I think I am speaking on behalf of everyone if I say, that this week could not have ended on a better note. Perfect conditions on the last day, many fresh fish moving in almost every pool and landed fish for every single one of the 12 rods fishing. Amongst these fish a splendid and fresh 14-pound fish for Hannah and the first sea-run brown for Frank, who had not been fishing much throughout the week.

In retrospective, this was the perfect course of a week. Catch-numbers improved every day, not only because more fish were entering the water, but mainly because every angler more and more found his/her casting- and fishing-rhythm. The pressure was off already at an early stage and by mid-week, everyone seemed to be quite comfortable and confident in their way of fishing. But in the sum, it is not only about catching, it is much more about everything around that. And seeing these bright smiles and the sparkle in everybody’s eyes at Friday night’s Dinner, I am sure I will see many of these kind faces again next season, maybe even in that same constellation. 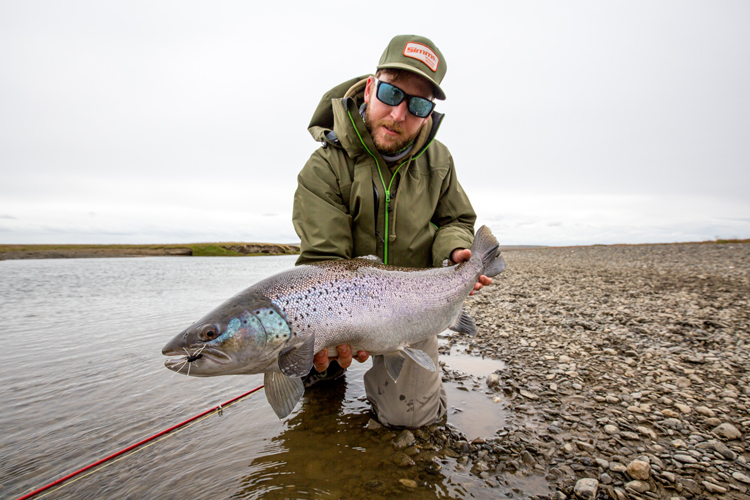 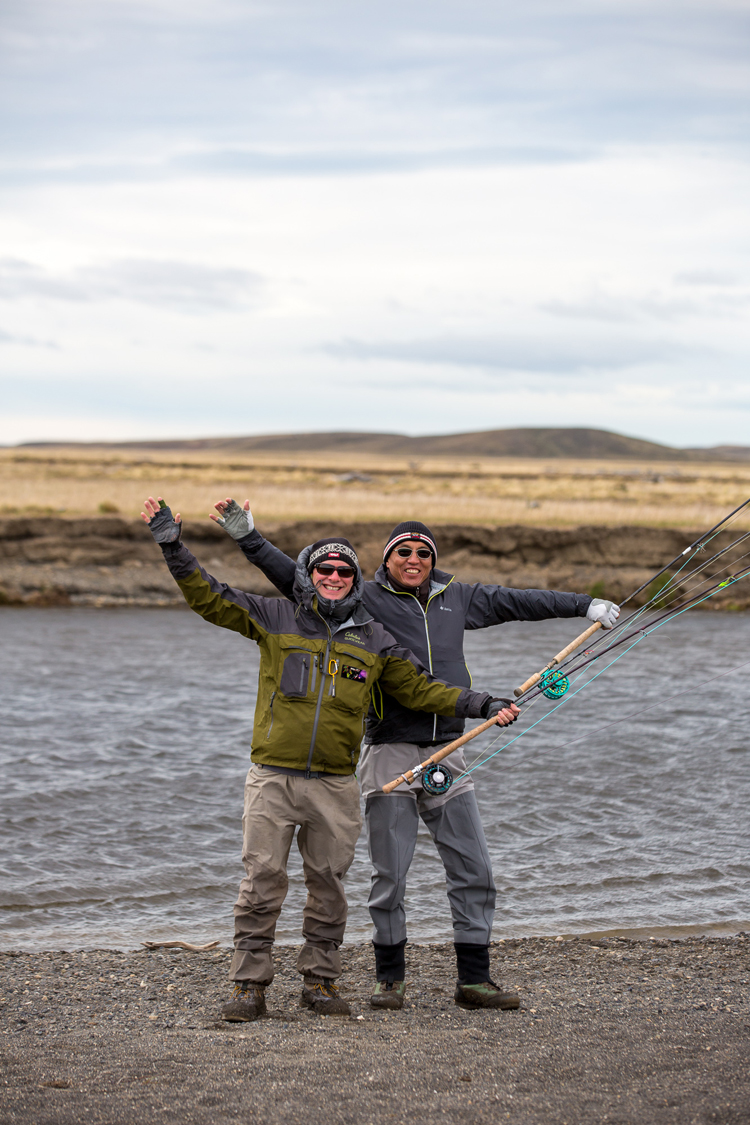