Now the weather has finally broken at Å on the Lofoten Islands the anglers have all been enjoying some fantastic fishing and some have even been float fishing for the Halibut, which believe me is very exciting.

This destination on the Lofoten Islands is stunning; the back drops that surround this location is simply breath-taking, the camp itself is set up so well and everything is on hand for the angler, we even include the use of a free mini bus if you wish to have a drive around or nip to the larger supermarket and last but not least is the fishing, its world class!

Our guides at the camp have sent us the below report of the last couple of days and it looks like its been a good couple of days and if you would like to speak to us about reserving a week for 2018 season then act fast as we are fast becoming sold out. You can call us on 01603 407596

After the start of the week, the fish is still on top here at Å! During Saturday, the guide boat steered towards shallow water to float fish for halibut. The first two hours rolled on without a bite until our three brits at the same time broke out “float’s gone!” But some seconds later it picks up again on the surface. But the nice thing about float fishing is trying to fish the floats a long way from the boat. So at the place where our first flow so legitimate has just picked up again, the next flow will pass about a couple of seconds later.

“Float fishing for huge Halibut brings the child out in you”

Everyone in the boat is now staring at this float, and just as we wish, it disappears. This time it does not get up again and after a little wait we set the circle hook and a few minutes later we land the day’s first “float fished Halibut”! We continue fishing in the same area during the day and land three nice flounder just below the meter and drop a fourth on our Float. 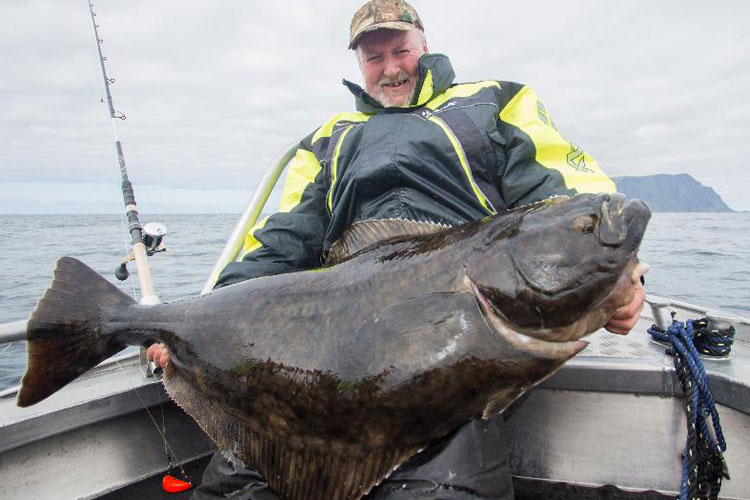 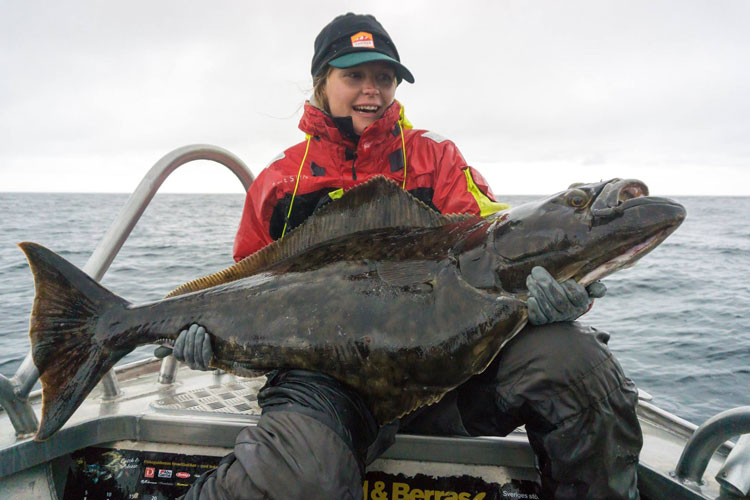 Satisfied with this, we are aiming to finish the day with a little trolling for Coalfish. Well in place there, the air is full of diving gulls. Even in the first throw, the seeker is mad at the poppers and they jump for sure 5-6 times before one of them eventually succeeds in getting caught on the hook. Paul, who has not yet made his first throw, stands with his chin at his knees quite amazed at what he just saw. While standing there he dies his jiggle 10 cm down in the water at the edge of the boat and SMACK! A 10-kilo Coalfish takes the jig and Paul, who has almost lost his chin, is almost losing weight! The bite on Å is absolutely crazy! After an hour we have lactic acid in our arms and we smile at the harbour. 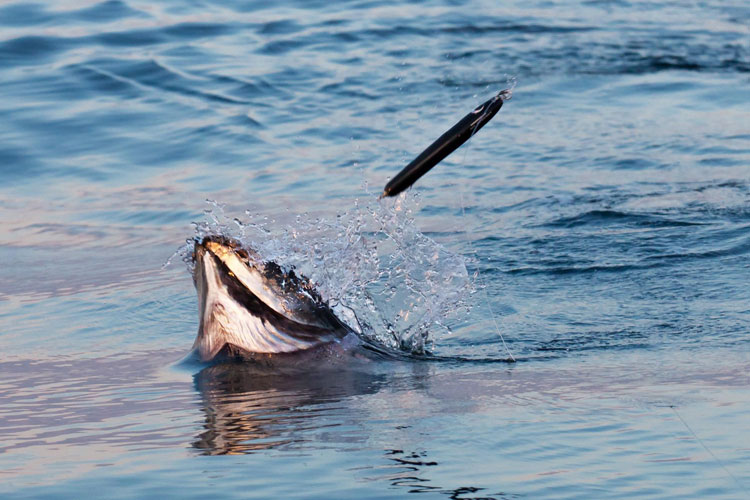 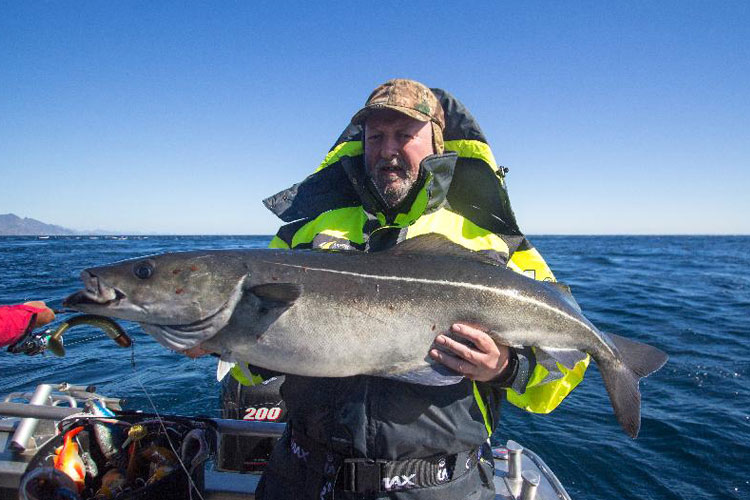 On Sunday morning we meet up in the harbour of our two Polish boat teams as smile tells them they were out during the night and had a totally crazy experience. The fishing has been very good, all night long, and they have landed three nice flounder, beautiful. 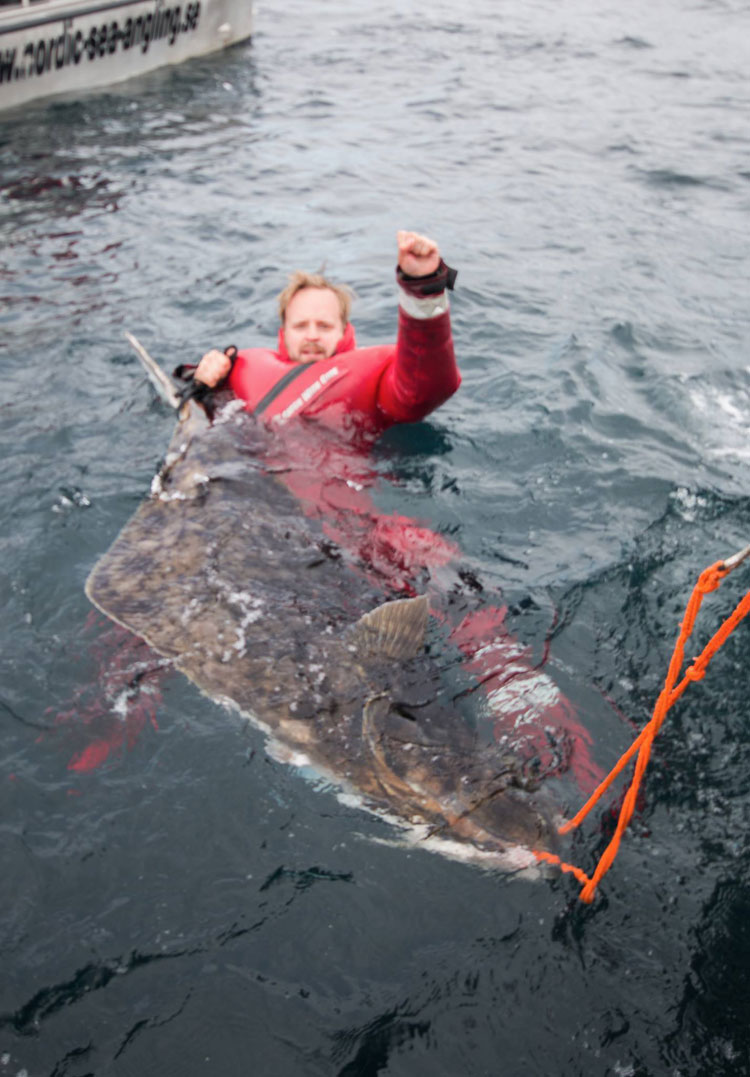 During the Sunday the Halibut are not really on the bite like the day before but, despite this, there is a very nice flounder in Martin’s boat of 125cm. In the guided boat we also fish some plaice for a while at lunchtime. Unfortunately, they are not correct at all, but we still land 5-6 around the kilo in just over 1.5 hours of fishing so we’re happy!

Now remains to see what the last two days of this week can give.

Thanks guys for your report and looks like our brits are doing well, hope they are behaving! Remember, if you are looking for a trip to Norway then Å on the Lofoten Islands has it all….