The season is coming to an end at the camp of Risoysundet in Norway but even though the camp is in the stages of closing down for the winter the fishing is still proving to be very very good, with all the anglers catching some great fish.

This week is the last of the season and it could not have begun better for the guests! On Friday, Martin guided the boat together with boat 3 and went west in search of cod. They started searching for the tops that have delivered nice cod on earlier drifts but they did not give much. It looked very good with baitfish and some single cod fish came up. The first drift was thick fine with cods and they started to fall over the rails. The mood was on top when everyone stood there with bent rods time after time and after a couple of hours with a lot of cod, they decided to break because it started to get dark and everyone began to get tired of their arms. So they turned the ship home after a really successful first day! 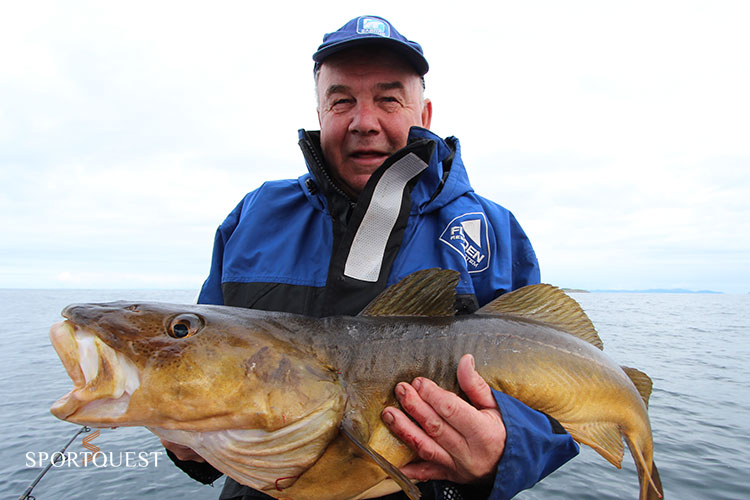 On Saturday they decided to return to the same area to fill up the boxes with a little more cod. This time started roughly the same as last Friday, because there was not much action this morning, The guests’ arms were working hard to cope with pumping all the cod and they could only enjoy what fish they were offered on and what could be better than when the clouds began to burst and the sun looked curiously behind them!

By the end of the day they had gathered a lot of cod in the boxes and they felt very happy! So they went home to rest for the next day. The next day, they had turned to halibut, and Marcus in the guided boat knew directly what he would do this time The weather and currents looked good and they lay on an edge that has delivered very well earlier in the season! After the third drift Hasse got a hit in the boat and the rod bent well. Everyone was told that it was a lot, but they saw quite quickly that it was not and when the fish broke the surface, it turned out to be a nice 4kg wolffish. Hesse’s first wolfie and we congratulate him! 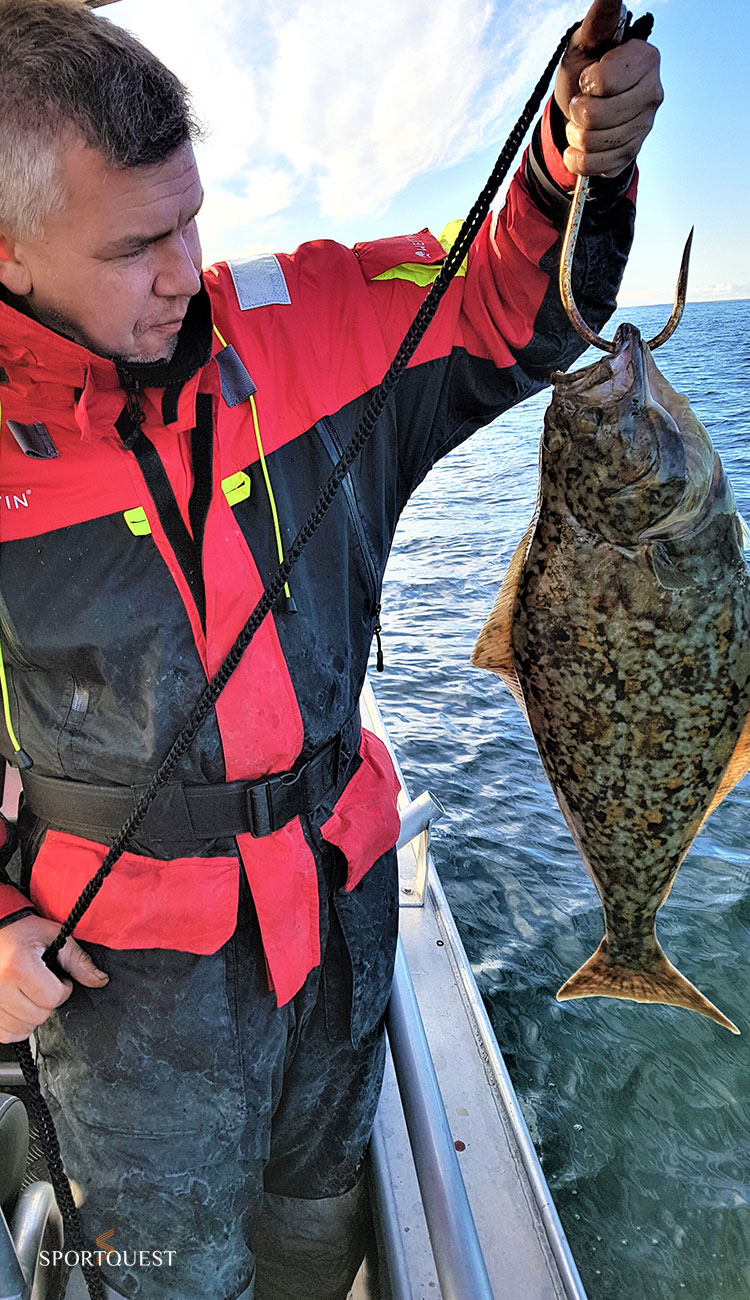 t did not happen much more on that drift and they chose to change their place, next dop he did not even hit the bottom before it hit and this time it was clear that it was a lot of fun! It became a brief intense fight before it broke the surface and a nice food halibut Marcus got over the railing. It was also Hasses first halibut and we congratulate a perfect first halibut of 96cm (24lb)! On Monday we steered the boats to Andfjorden and boat 3 went out very early while Marcus and the others in the guided boat took some sleep in the morning and went out at 9 o’clock. When they reached the area, boat 3 had already landed a nice flounder of 94cm (25lb est) and had a lot of hits! 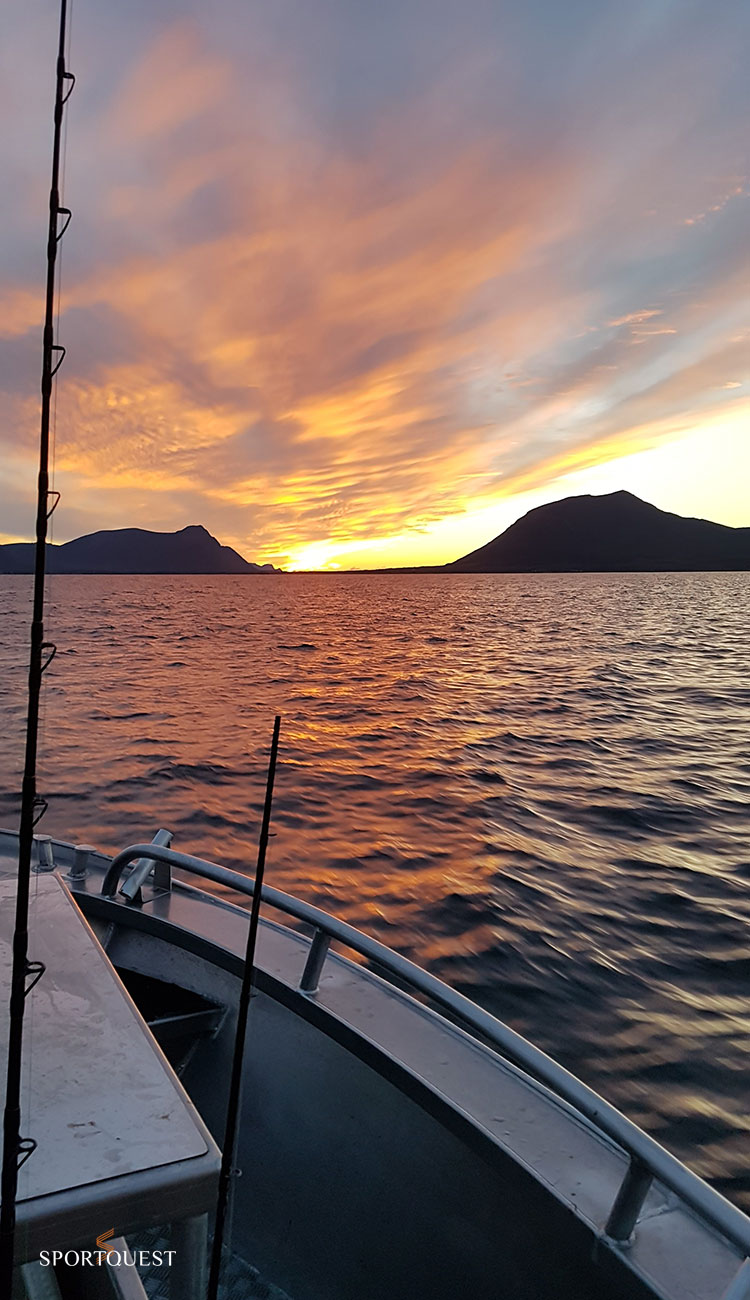 Throughout the day, both boats had a lot of contacts and at the end of the day boat 3 could land one to the bottom but just below the legal length! The last days here in Risøysundet we set the target for halibut and wolf fish so keep an eye on the next and last news for this season!

Cheers for the report guys

Risoysundet is proving to be a very good camp with lots of big fish and a wide variety of species being caught. If you fancy fishing here yourselves and experiencing this amazing camp in 2019/2020 then click HERE.