As the season is in full swing over in the Andaman Islands, we are receiving excellent reports of so many fish being caught by novice and expert anglers. Our guides are well equipped to cope with any experience and will be there to help you in any way you need it.

If you have always fancied fishing such waters for huge GT’s but struggled to find a group then worry no more, as we have set aside a couple of weeks where WE will find the groups leaving you to simply worry about what lures to take. I have, at the end of this report, given you our ‘Single Angler Weeks’ and the spaces left on them. If any of them take your fancy then call us on 01603 407596 and we can talk through the trip with you.

This fantastic report is from our head-fishing guide over in the Andaman Islands of a group of GT Virgins, but by the end of the week they had certainly lost that name:

Hout Ly had booked a trip with us, along with brothers David and Chris, and made the long trip across from New York to fish with us here in the Andaman Islands. They had seen all our videos and were eager to give popping and jigging a try, as this was a style of fishing they had never tried before except for a single trip out to Cape Cod to try for Bluefin Tuna.

They had spoken to Sami Ghandour from Saltywater Tackle for advice and he had set them up with the best kit possible. They literally had a selection of lures, jigs and terminals that would make even an experienced tropical angler envious. With Hammerheads, Amegari’s and Carpenter Gamma’s aplenty, and light jigging kits with Carpenter PSC jig rods rated at 170 grams with small Saltiga Reels, we really had great setups as well. 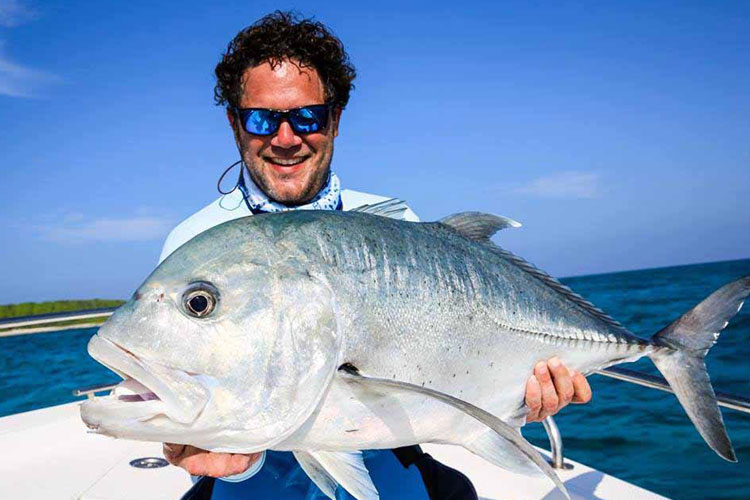 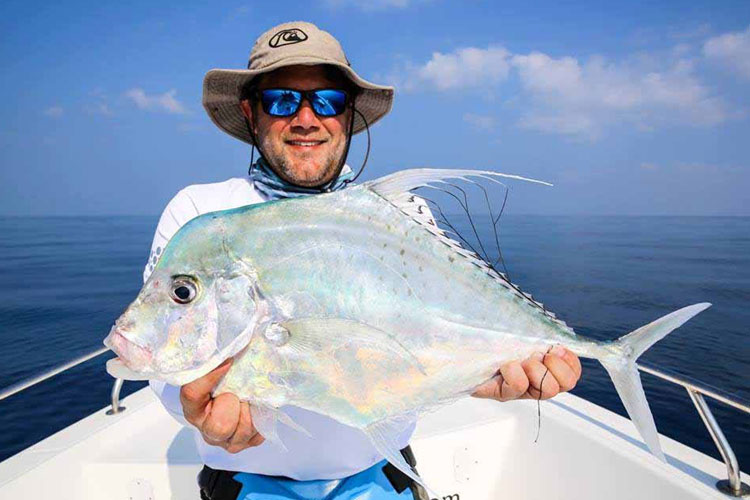 However, as is the case always, the fish don’t care what you are using. As long as your lure and presentation look good they will nail it and then the rest is up to the angler.

Most first time GT anglers will make mistakes and there is no harm in saying this. We need to try and iron out the most common errors like striking or setting the hook, working the lures and short pumping the fish so that you don’t give them time to rest. Top water fishing is an adrenalin rush and the first experiences are what will keep you coming back for more. 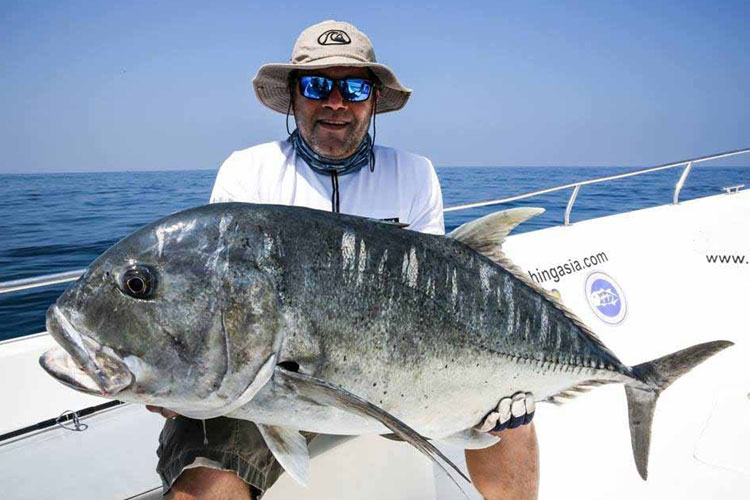 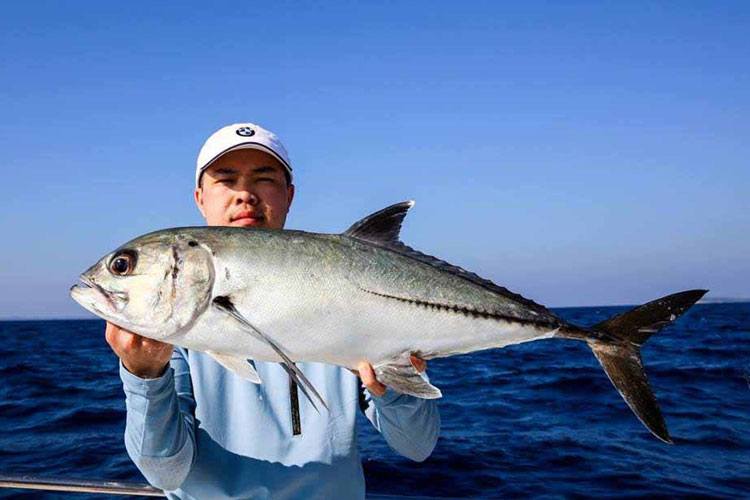 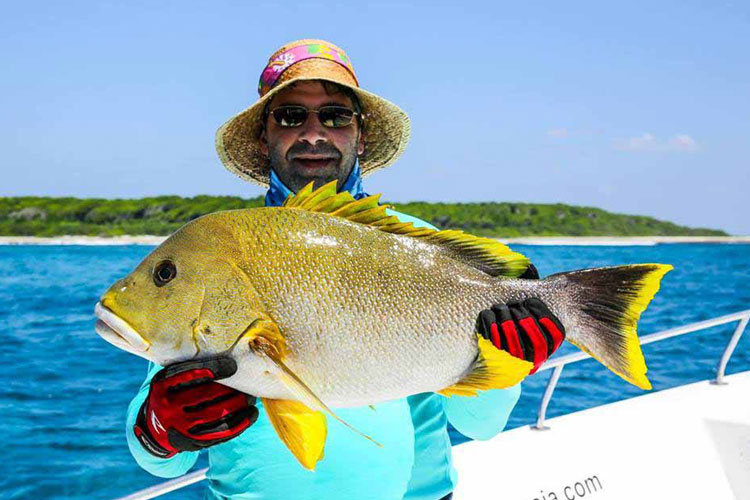 The guys were as usual in for a learning experience, as they soon got smoked with the light jigs and dropped fish with the poppers due to light drags. We helped the guys and showed them how to work the poppers, and stick baits as well as the jigs and then Hout, Chris and David started to get results. We had some very good opportunities with proper GT’s, some which were unstoppable even with heavy drags and properly set hooks. It was species galore with the Diamond Trevally and the Black Jacks on the light jigs. We also landed our first ever Pinjalo Snapper while the usual smokings continued and the little Saltiga reels needed cooling with water. 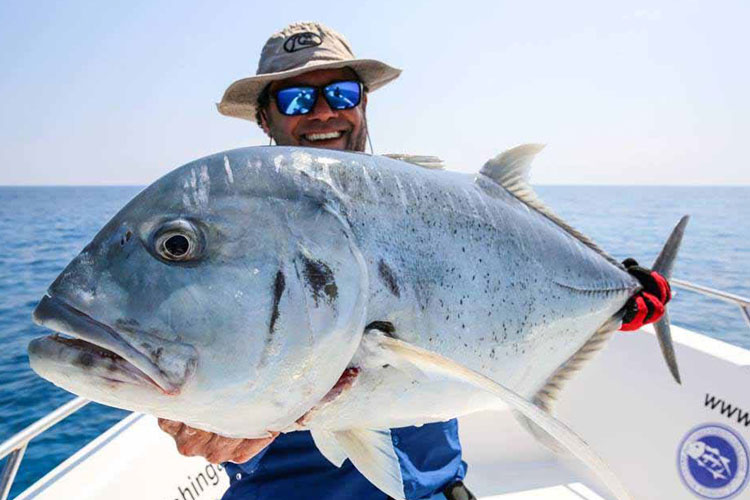 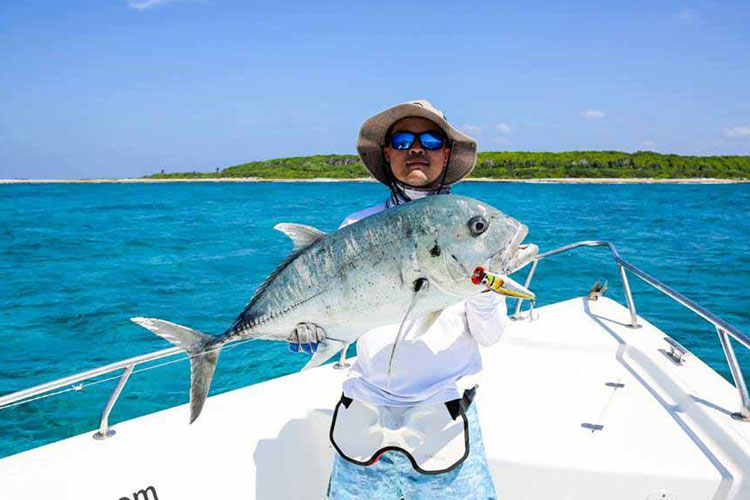 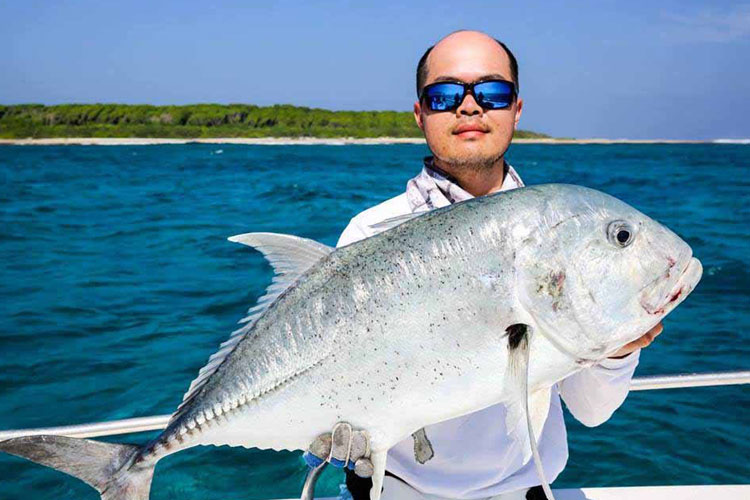 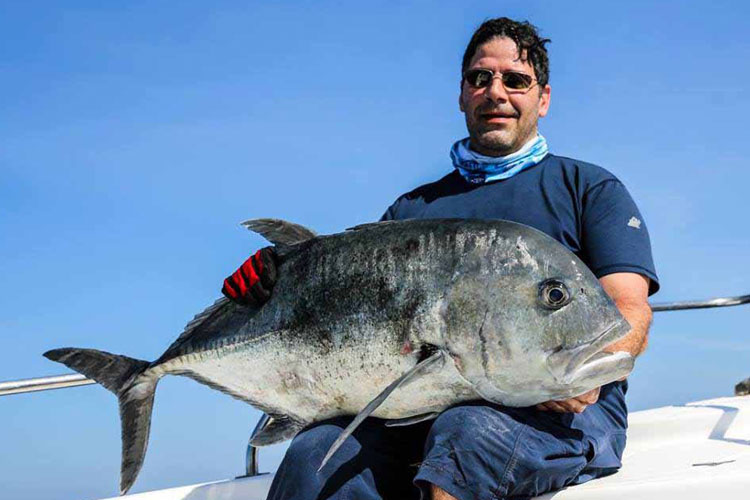 The guys ended on a high with some nice GT in the 25 kg range and a great last day, with 25 fish boated and an awesome 70 strikes in an action-packed day.

We will let the pictures do the talking. 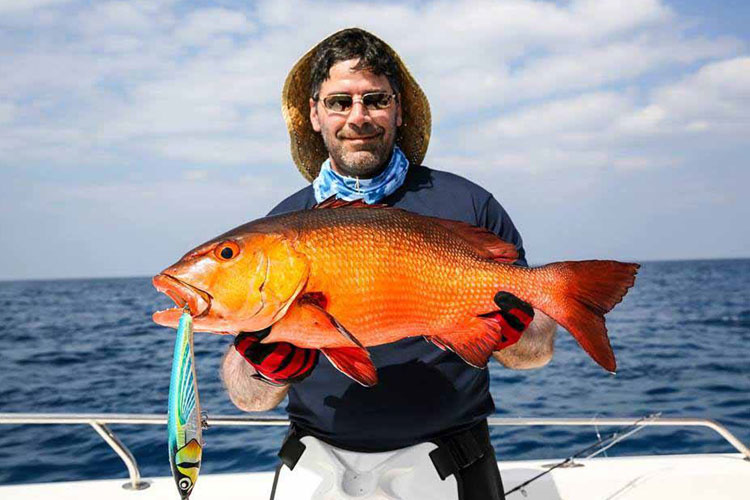 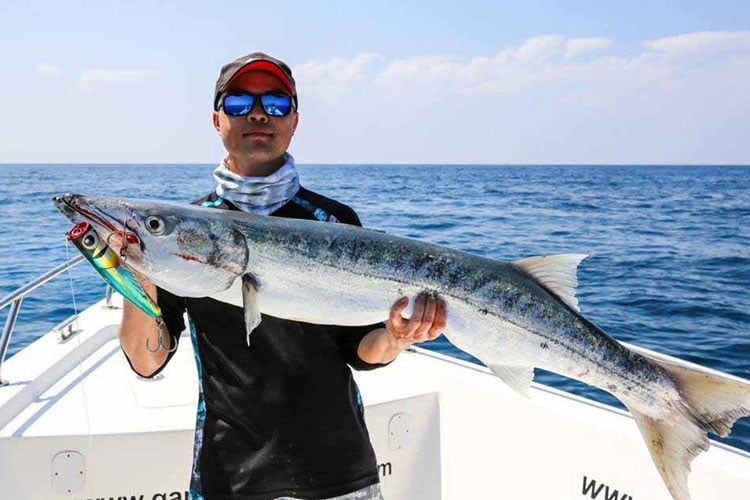 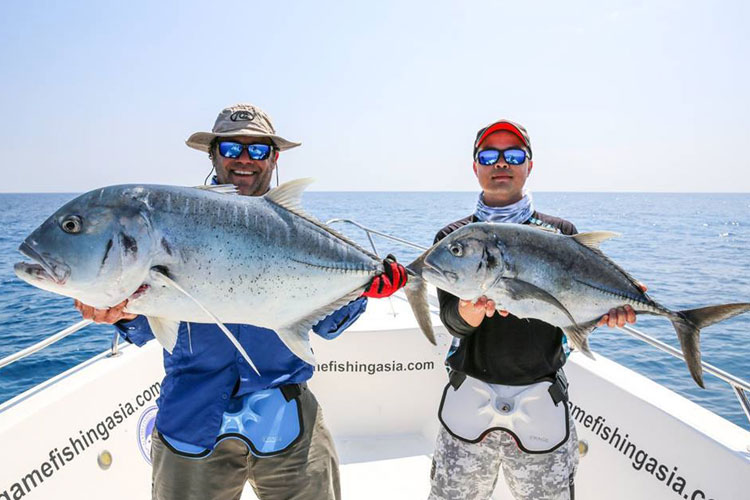 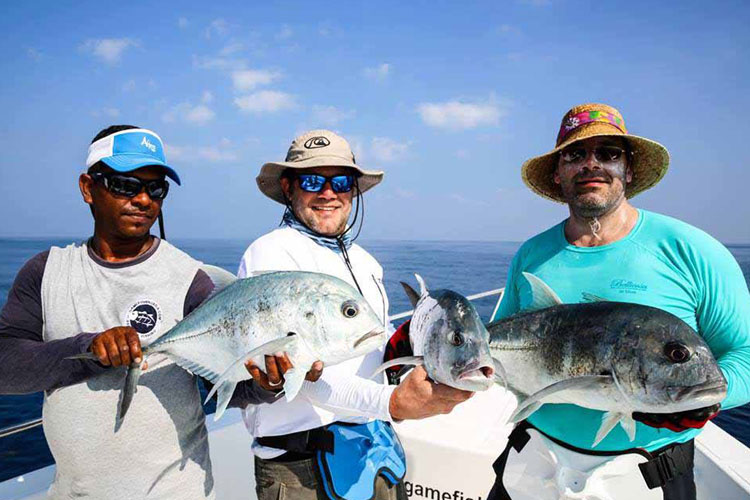 Thanks guys for this amazing report and well done to the anglers. As promised, below is our ‘Single Angler Weeks’ and what spaces we have got left. If you would like to put your name down contact me on paul@sportqh.com or simply call me on 01603 407596