We have had this report in from Havoysund in Norway, the weather has been very good to the anglers this week meaning they could get out and catch some very good fish. 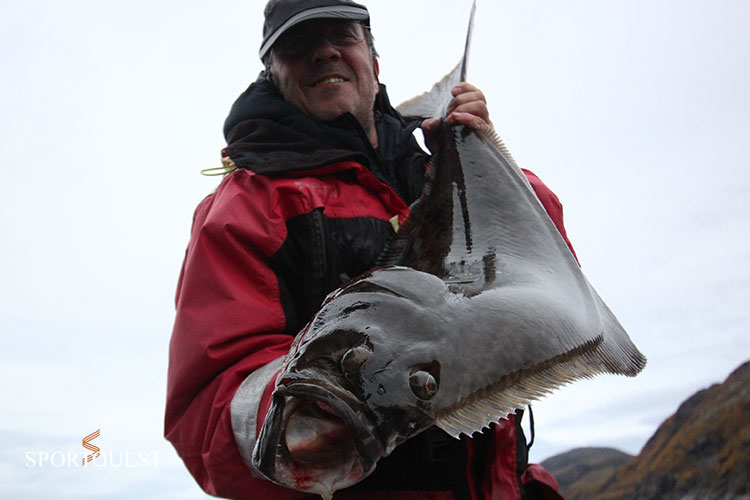 After our new fishing enthusiasts arrived on Thursday night, we traveled early on Friday morning when the weather forecasts showed 2 metres per second. Four of our boats went out to test their luck on halibut, and the remaining boats went on the deep sides for some mixed fishing. 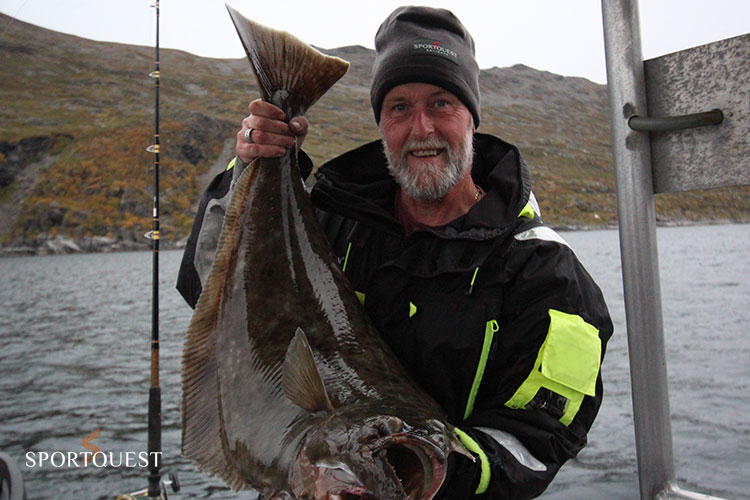 I drove the Englishmen in Boat 11 on Friday morning, and Douglas had pulled in advance with the Norwegians on the Guided Boat, plus boats 2 and 14. We headed south to hunt halibut on shallow waters. In the past, we have had a real crazy mix of fish, and this day was no exception. Because when we arrived it took about 2 minutes before the first halibut was landed. With Westin’s “Sandy Andy” 62 grams, there was fish on fish in boat 11, but the size was not exactly what we had hoped for. After releasing an x-number of halibut of 60-90 cm (5-9lb est). 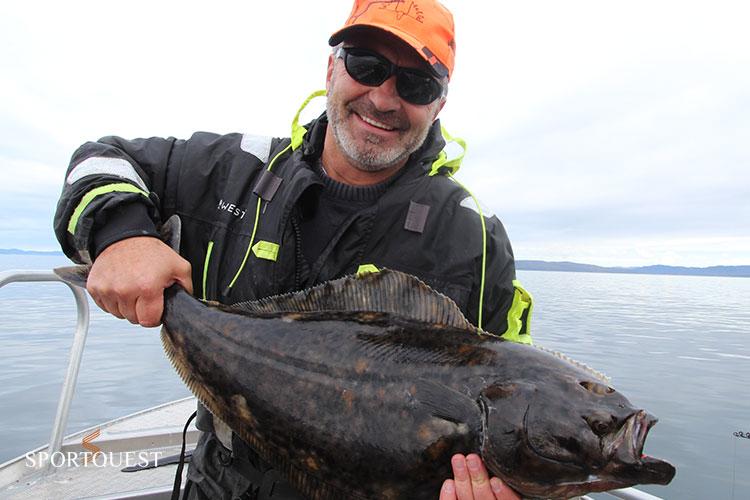 The Norwegians in the guide boat also had wild fishing and picked up some halibut that were up against the metre. There were quite a lot of fish, and unfortunately you lost as many fish as you could hook. The Swedes in boat 2, however, drove even further into the bay and tested the shallow areas. And at 10 metres, it would smack on a beautiful 127cm (60lb est) deep halibut! Boats 2 and 14 had also been “tired” of the smaller halibut this day… 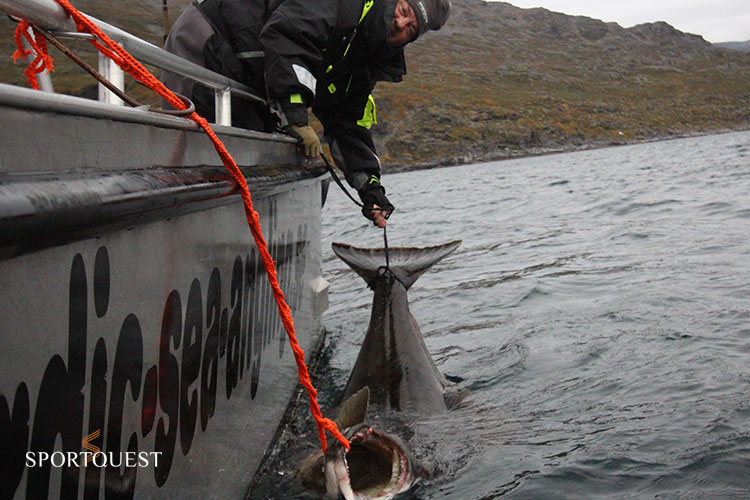 Later in the day Douglas and I decided to drive even longer and test another bay where there are usually bigger fish. We drive together all the way into the bay and start drifting out of the bay, all the way down to 10 metres, but it did not happen until we got to the 15 metre mark, Geoff had not caught halibut this day, and it felt extraordinary when we landed a perfect 95cm (23lb est) food fish. 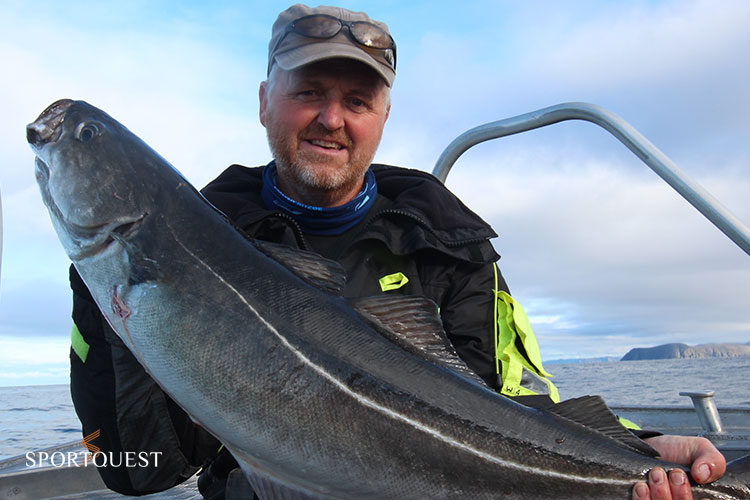 But still in the same drift when we were taking some pictures we reached 55 meters. Again, the plan was to drive back into the bay, but Dave continued to drop out the line from his shovel. At the moment we had finished taking some pictures and congratulating the catch, Dave had a hit. STRIKE !! We immediately realised that this was a completely different fish, this was great.. At 70 metres he lifted the head of the fish and began pumping, it was shy, but after only 10 minutes and a rush, it appeared. A BIG COALFISH. Fortunately for a worn out Dave, we managed to secure the fish at first try and the cheers were loud. 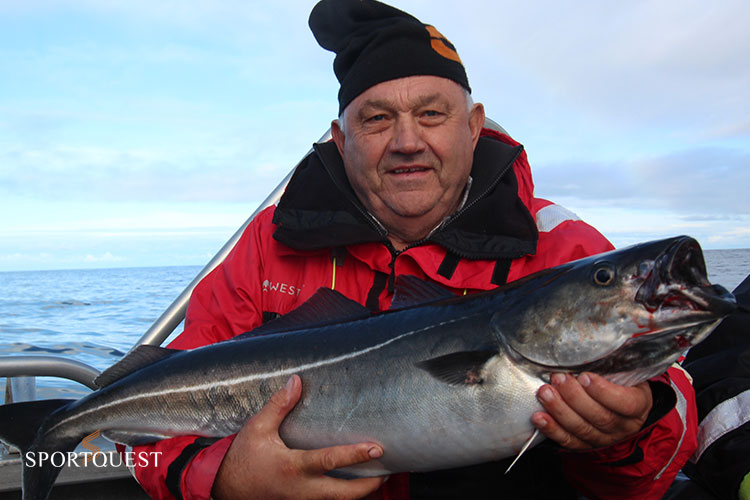 On Saturday the weather would turn out to be nice, even though it was a little lumpy sea after the night’s wind. The wind would drop down to 0 metres a second in the afternoon, and the vast majority embarked on coalfish and cod fishing. In the Guide boat, we were struggling to find the big fish we were looking for. There was a lot of fish at around 4-6 kilos, but none of the bigger copies would come until later in the day. But even during the slightly bigger seas there were usable coalfish of 8-10 kilograms that we managed to get up. We also received a message on the radio that Tommi from Boat 3 had a halibut of 82cm (15lb est) under the sea fish, which is quite special at 120 metres deep.

Today it blows on a little more and it peaks at 10 metres per second. All boats are out in the hope of getting something bigger, and it will be exciting to see what the area can deliver today. The rest of the week looks ok, and we are focusing on several fine catches here in Havøysund. Stay tuned!

Cheers for the report guys, it’s great to hear the fishing is still producing some amazing sport for the anglers out there.

Have you ever fancied fishing NORWAY then click HERE