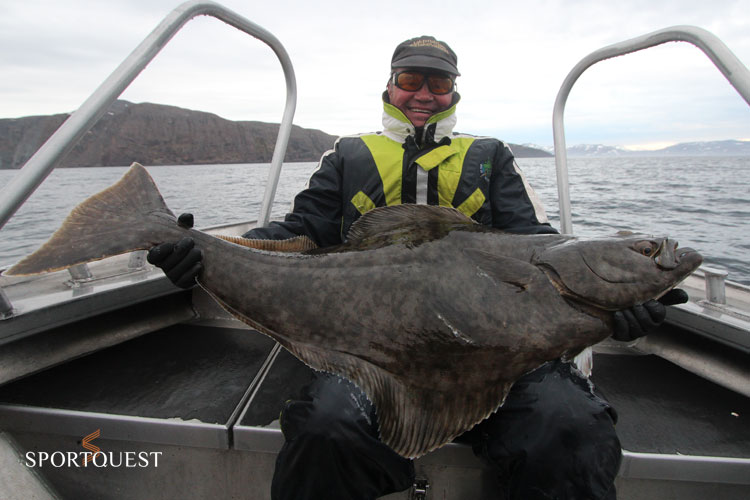 We have now finished a tough week here in Havøysund, seeing that the wind is not only up here in the North, but also South on Lofoten. It’s a pleasure at least, when we’re lucky to get out to see the guests getting into big fishes, this is something we’ve really been able to do in the past few days. Tuesday night the forecasts showed that the wind was going to slow down, so we obviously chose to turn around the clock and take the opportunity. All the boats in the camp went out during the evening and the majority of the boats had there sights set on the Halibut, we had a plan and went to an area we had not been able to reach earlier this week. The fish started sluggish and the fog layed thicker and thicker over us, then Carlén and the gang in boat 3 popped up a nice Halibut of 119 cms (est 49lbs), at midnight the fog was so thick that we decided to head south to where we had been told that the fog had thinned out. It was really like opening our eyes when we finally got out of the eternal fog, the boats spread out in different areas, but in the guided boat we went to an area where we had caught fish in previous weeks. 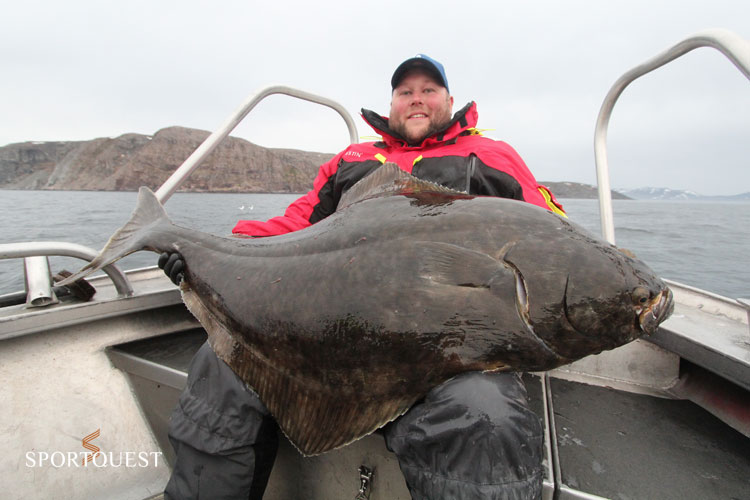 The water was completely flat, and the night was as bright as the day, an amazing phenomenon, fishing in daylight at 3 o’clock in the morning is something else. On the third drift of the new area with Tim jigging 8 metres above the bottom, I saw a nice echo on the sounder, stopping at a raging speed right behind his shad, there was no doubt that it was going to devour the shad and that’s exactly what happened as Tim’s rod bent over and the fight was running! But this was no match for Tim, with drag set tight he stopped the Halibut without it getting a centimetre of line, which it then proceeded to take all its anger on me and I was fighting for a while with the Halibut beside the boat. 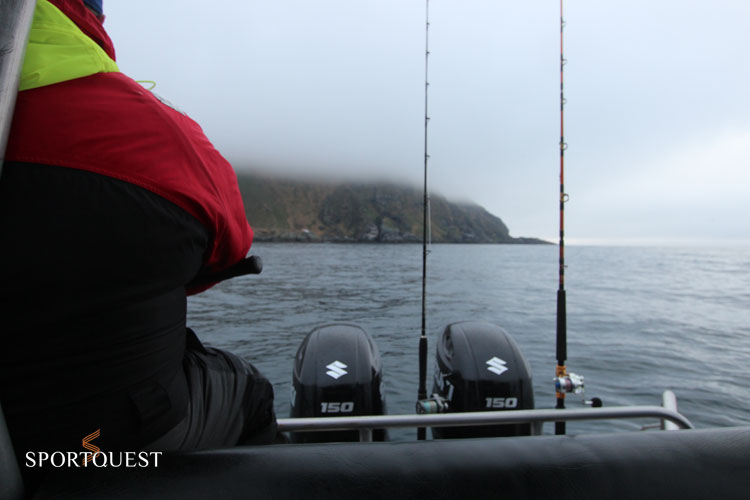 During the night on Wednesday, after it had blown hard again on Tuesday, the winds would once again die down and we had another night fishing, this time in a crowded troupe where we had taken the fish on the guided boat the night before and the Halibut were definitely there. No more than halfway through on the first drift, the guys in boat 2 called out that they just dropped a nice Halibut that they had had at the boat, but just a minute later, the boys cried in boat 2 Again they just landed a really nice fish of 139 cm (estimated 81lb). Absolutely amazing, we were sure it was just a matter of time before it would be us too. But not long after that, boat 2 calls to say that they landed another fish, and this time a nice 140cm (estimated 83lb). 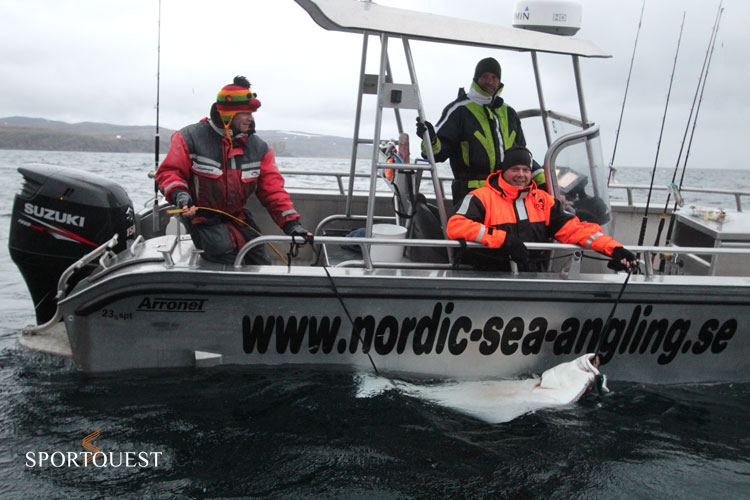 The hours went by and there were a few smaller Halibut, the fishing became slower but we were still trying. After midnight the currents would start and the fishing started again immediately after the tide run was flowing, things started happening, we were running side by side with boat 3, and suddenly we heard shouting and we went to witness a very nice Halibut of 149 cm (102lb estimated). Now we were really starting to get an atmosphere in the guide boat when we still had not got any fish but 20 minutes later Kent in the guide boat would get bent in properly when a really angry fish of 153 cm (111lb estimated) chose to take his shad at 45 feet deep. What an end of the night it was and also to the week. 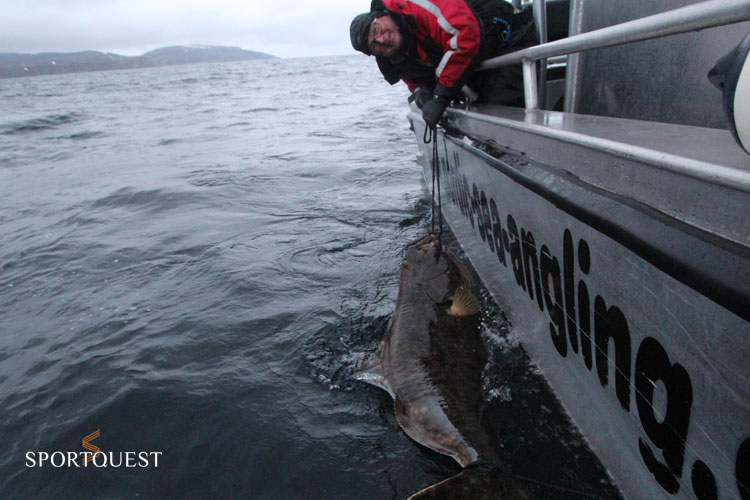 Thankyou Douglas it looks like the fishing out there in Havøysund is really on fire, to check out our Havøysund destination click HERE