If you follow our blogs and reports you will have certainly heard us talking about Havoysund as being an excellent Halibut destination and this week definitely has not let us down. Check out this little report given to us from the end of this weeks guests.

Then another great week ended in Havøysund, the week has offered nice weather conditions and big fish. After the weekend’s royal crab buffet, every new boat went on the hunt for halibut, all the boats in the camp were more or less prepared to fish Halibut. Most of the boats headed to an area that fished very well on Saturday and they all stood a good chance of catching some monsters.

The guide boat headed out to fish for Cod with good results, the average fish etween 8-13 kilograms. I received a call from my colleague Jörgen who were targeting the Halibut saying that they were experiencing some good sport. The fishing had only lasted for a couple of hours and Jörgen announced that the boys in boat 5 had caught on a really big fish that had been measured to 182 centimetres. Once on land I was told how the conditions had been amazing during the morning and when the drift was absolutely perfect for fishing off the edge where the big fish hung out, a big fish took Tormund’s lure and apparently they did not really understand how big the fish was before the fish broke the surface and without even touching the fish, the fish rushed back to the bottom again for a round two, but during the second attempt they had managed to land the fish and secured it for a photo session Before the fish was released back to the depths. 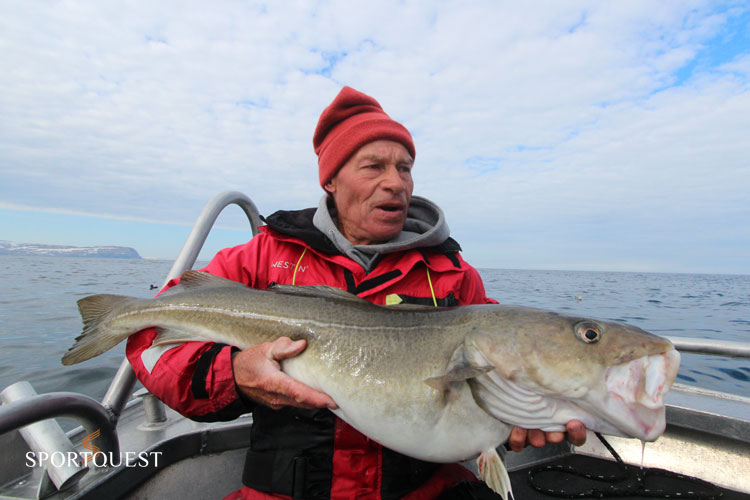 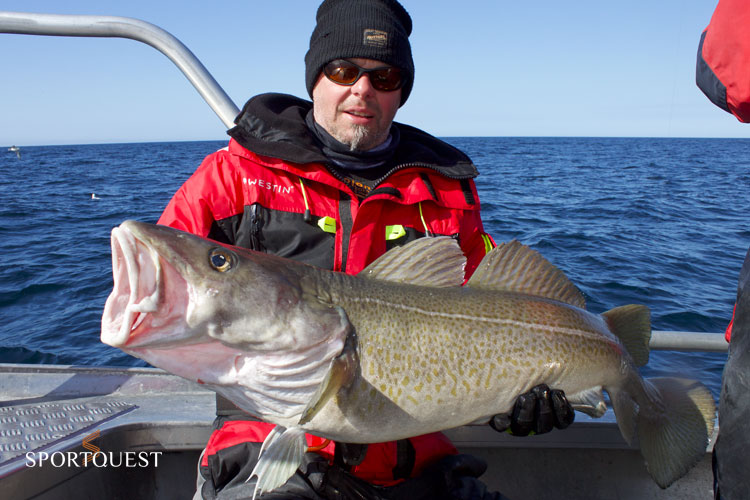 Some others who did really well was the gang in boat number 8 which started the morning by hooking in a nice Halibut of 135 centimeters, and soon afterwards, hooked another nice fish of 143 centimeter. Later towards lunch, the current had risen and the wind increased so the fishing became considerably harder and the conditions were not as good as the morning. On the other hand, the boys in boat 6 carried on fishing the flood on the deep edges and caught small Halibut around 70-80 meters, and this would turn out to be a good when one of the guys got a long and heavy fight, but to the surprise of his friends, it would turn out to be a still respectable fish of over 130 centimeters. 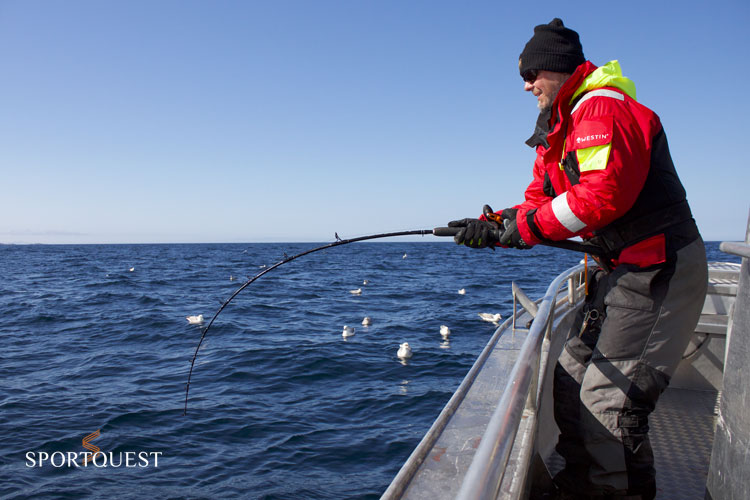 Yesterday afternoon it was a modest result with only a few hours of fishing in the morning before the wind took off and all boats chose to finish their fishing for the week in good time when the winds were strong from the west. But proud of this, again the boys in boat 8 succeeded in picking up a nice Halibut of 125 centimeters and a really nice Wolfish in the 6 kilos class.

Now we are loading for a new week with new opportunities and more GREAT fish!

Thanks guys for the report and hopefully all the guests we have got travelling over to you soon will see this and be even more excited. If you would like to speak to us about Havoysund, then give us a call on 01603 407596. Alternatively you can view the full details by clicking HERE