I cannot believe that our first hosted sea fishing trip of 2018 is now over and as the whole group make their way back to the UK with lots of stories of big fish landed and lost to tell their families, we have been sent a summary from the head guides at Havoysund from this week.

Sportquest Holidays would just like to thank all 16 anglers who attended our first 2018 Skrei Cod holiday to Havoysund, by the sounds of the stories I have been told, it sounds like there were lots of great times with plenty of fish and also plenty of cold days but give you guys your due, you stuck at it and carried on, so a massive well done. I will try and order some better weather for next year!

Then it was a good idea to sum up another awesome week in Havøysund, we have been plagued by constant hard windy conditions that have limited our fishing, but we have nevertheless managed great fishing!

Initially for the week we had the weather and EXTREME amounts of fish, and there were only a few times you had to look for the fish properly. But Friday afternoon, the bad weather started, and unfortunately we did not even have the opportunity to go fishing on Saturday when the winds blew heavily northward. Saturday evening was usually served at the hotel with the traditional king crab buffet, and as usual it was much appreciated by the guests. On Sunday we could imagine that conditions were somewhat better than the day before, but after all the boats made a wholehearted attempt to fish a little Halibut just outside the camp, some stopped and others tested their luck on the smaller species like plaice and dabs. But after a couple hours the weather was so hard the rest of the boats returned to the harbour to catch up on some sleep before the coming days as they looked very promising. 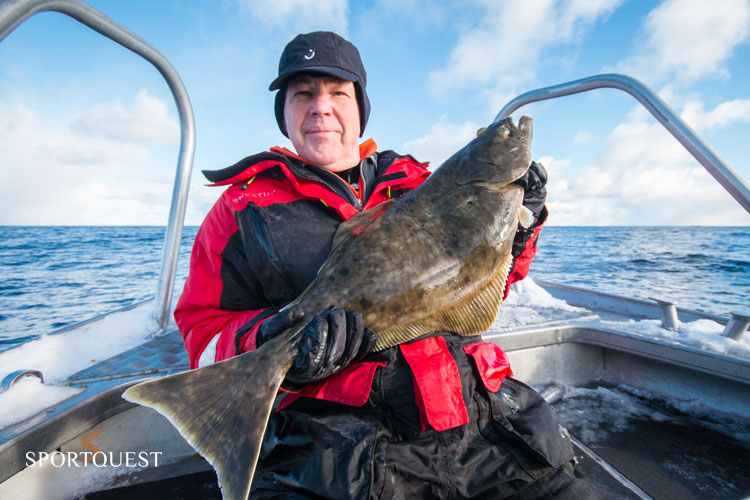 Monday morning, the forecasts were expected better and the winds would be around 10 m / s from North East, which opens up to the areas we fish skrei here in Havøysund and after successfully locating the cod very near the camp, we had a fantastic fishing . All the boats caught a large amount of Cod, unfortunately the average weight was not as before the weekend. Most of the Cod were fine cods between 18-22 kilos! A couple of hours into the fishing, I hear from the VHF that the Irish guys in boat 10 cheer with joy, but I did not get a good grip on what they meant, but after some help from the other English guys in my boat we soon realised that they had hooked something very heavy. I became very curious so I went to their boat to see if I could offer some help and see the fine fish. As I approached their boat, the fish was being measuring up to 145 centimetres and we saw a very beautiful fish swim back down towards the bottom. A huge congratulations 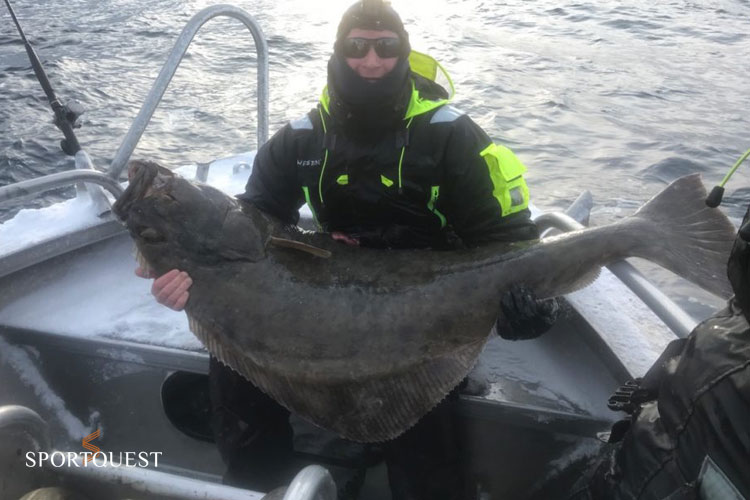 We kept a close eye on the weather forecast for Tuesday and it promised really good weather in the morning, which is what everyone wanted to hear after the weekend’s skiing weather. We went out at 6 o’clock in the morning to maximize fishing time on the last day.

Once in place in the proven areas, it did not take many minutes before all boats found good fish. The average weight of the fish was relatively low and we did not seem to be able to find any shoals with larger fish. After a couple of hours of fishing, George fishing on the guide boat finally hooks into a bigger fish and we can land a nice 24 kilos cod! Soon after, another fish arrives in the 20 kilograms and we feel we are on track. The wind is increasing in the afternoon so we had to make the most of the crazy Skrei Cod fishing. At 14 o’clock we decide to start going home but make a few stops on the way back. We drive a couple of stops and find fish almost every time we stay. The average weight of the last fish for the day was nothing to brag about. 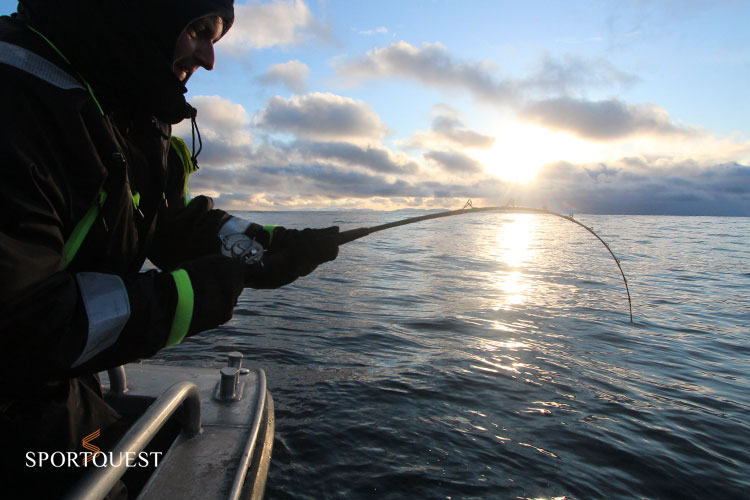 But really good news is that the cod have moved very close to the camp and the size of the fish is on the way up and all this fishing is only just a quarter of a boat trip from the dock. 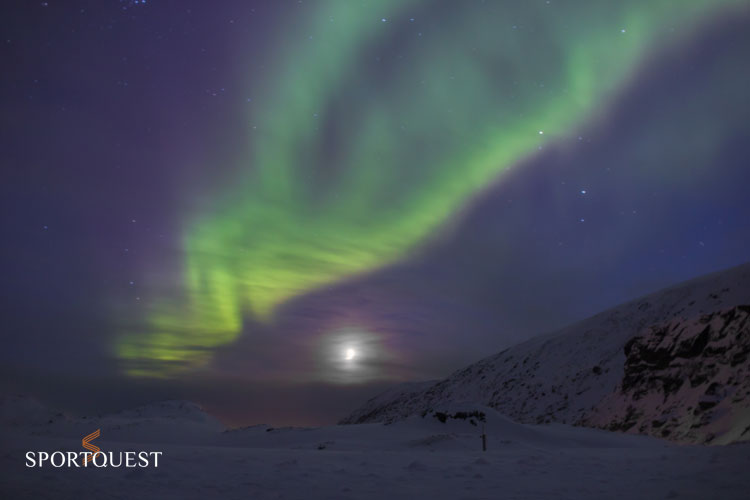 It feels really hot for the coming week!

Thanks Douglas and André for making all these anglers dreams come true and I will see you both in August for some fun with the Halibut.

We should get the full report from Mathew Rickard, Sportquest Holidays host, in the next couple of days so keep an eye out on here and social media for his account. Just leaves me to say, hopefully you have enjoyed out reports and hopefully we will get to see one of you next year!