The days here in Vesterålen have been really tough for the guests at the beginning of the week. Rain, wind and waves have made it difficult to get to the places that have delivered well with cod but despite it, the guests have nevertheless struggled out in the quieter times and have been rewarded with good fishing.

On Monday, Marcus guided a really nice couple from Russia who had driven far to experience North Norway fishing!

It was still messy outside the fjord so boat 4 with the Russians chose to go east and search for the peaks after cod while boat 2 set their sights on the Halibut instead! The first bite became a tough fight that ended with the fish breaking the surface. It turned out to be a really nice fat wolfish of 6.5 kg which became a really good piece on the dinner table. 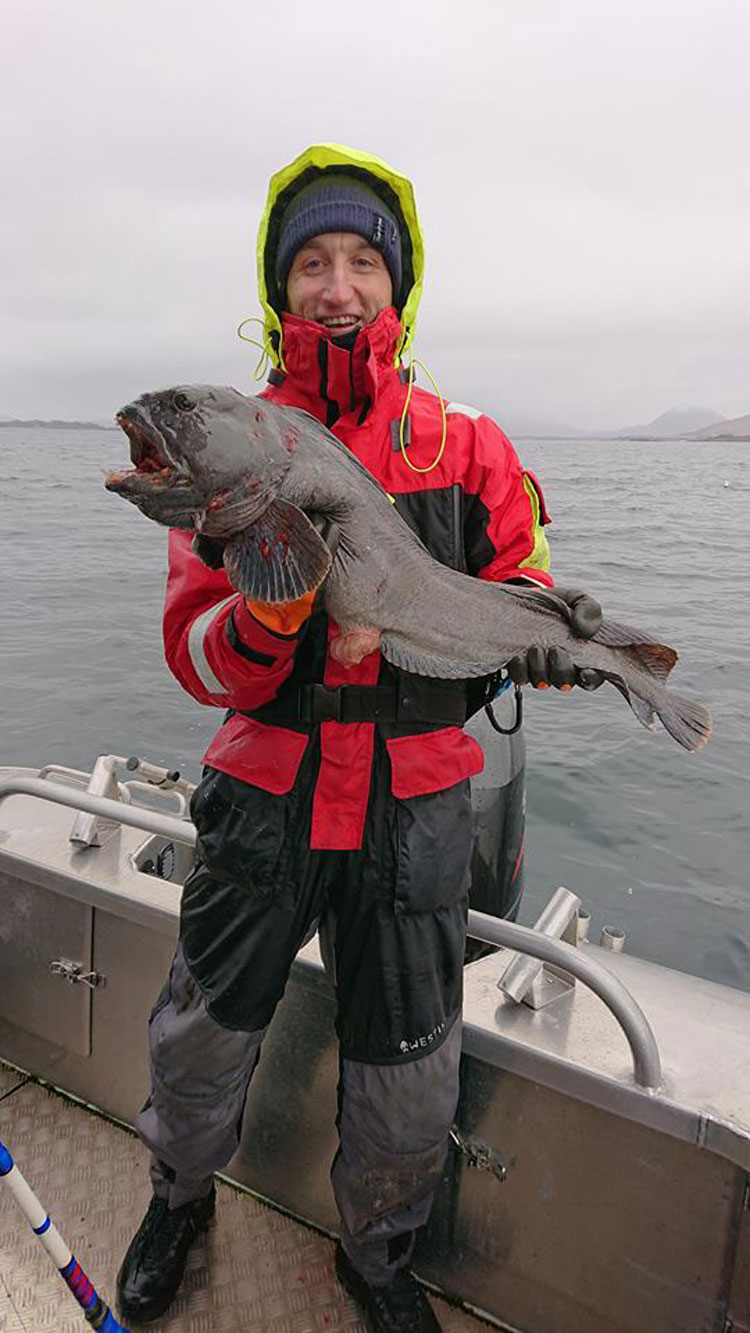 During the night the wind and waves were soothing so Marcus chose boat 2 to go to the places that usually deliver very well for cod fishing. Once there we started searching the area and it took only a few minutes to find the fish. On the echo we saw a large shoal of Cod, a little above the bottom, and Marcus knew immediately that the cods were waiting for the tackle to land on the bottom. We did not even land on the bottom when both rods were bent and everyone in the boat drilled fish. It was a terrific cod race and everyone’s arms started working hard and after 2 hours we were still catching cod and began to think about how long we could stand all fish tonight! So we decided to take a few more and turn the ship home. Well at home, everyone was happy and tired. 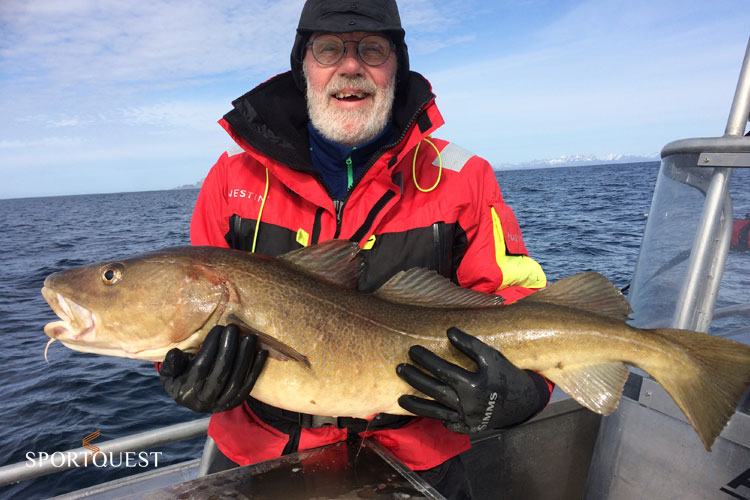 Later in the evening, Erik went out with two new guests arriving during the day. On a quiet ocean the course was set to the same place and well in place it did not take long before the first cod landed for Nickan but Jennifer would do the best. A hard bite and a heavy run towards deeper water immediately revealed what she had hooked.

The halibut hadn’t really fought yet but we could still see it was a big. The battle swung back and forth where the fish ruthlessly took meters after meters of line off the reel and Jennifer fought fresh to keep tight line and after tightening the drag we started lifting it from the bottom. Just below the boat, we saw the fish, but it turned back towards the depths again in a fast-paced rush. This fight was only just starting and with run after we soon began to get nervous. How is the hook? Will we get it up?

A nervous last part of the fight occurred and at the first time when the fish broke the water surface, the halibut was lip hooked and the fish was secured. The joy was total and it was really nice! A quick measurement revealed the length of 151 cm, and Jennifer, who never fished before, can now pride herself with a halibut of really good calibre, the biggest fish of her life. It’s not everyone who starts the fishing career with such a halibut .. 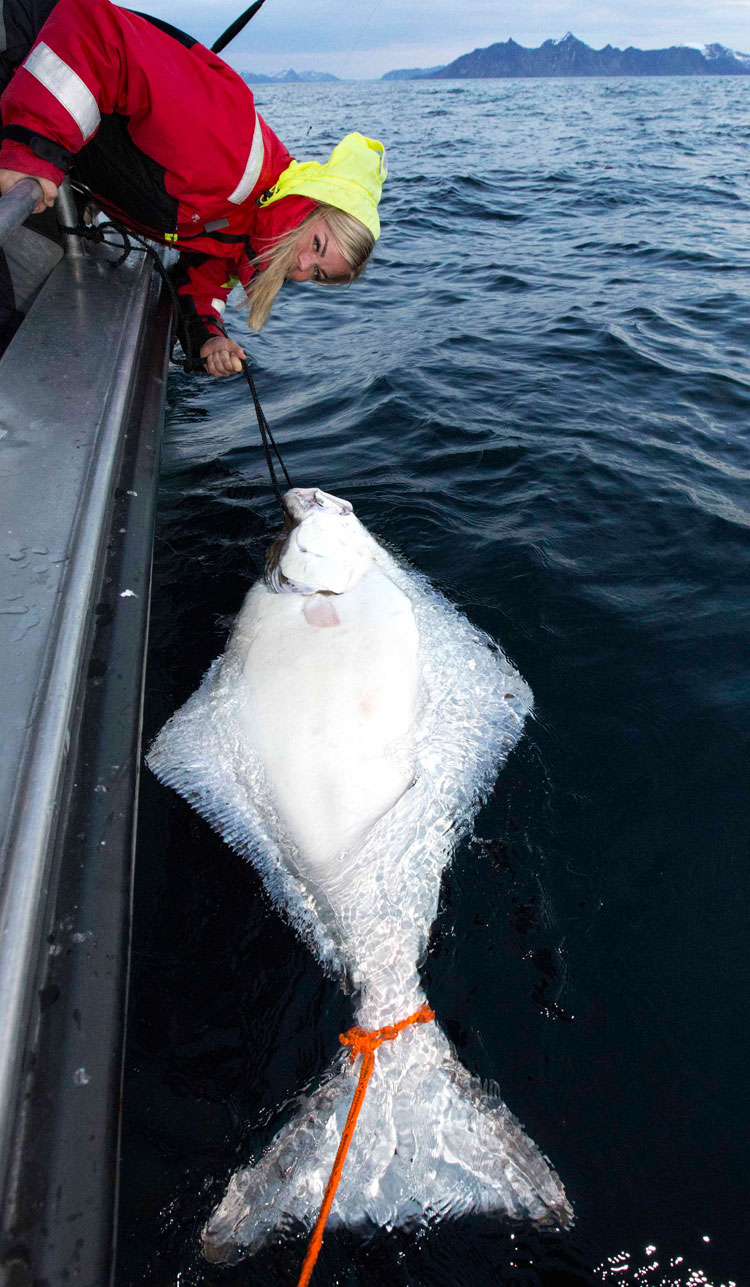 Everything can happen in northern Norway!

Thanks guys for the update, as we know that many of our anglers heading to you soon will love these reports. If you fancy fishing Vesterålen, then get in touch with us on 01603 407596. You can view our complete packages by clicking HERE and of course if you have got any questions feel free to ask