Working in the business we do, we get to hear little reports on certain destinations that make us listen and Sri Lanka at the moment is on fire. The reports from this place are amazing to say the least and once you team up world class fishing with world class boats and captains you will soon find your self in fishing mecca.

“Sri Lanka is the GT Mecca of all Salt water destinations”

So if you love your popper fishing or vertical jig fishing then look no further than Sri Lanka it has everything. We can help you organise a trip of a lifetime to this stunning part of the world, all you need to do is call us with some dates and we will take care of the rest. Call our office on 01603 407596

We have been given a great little report which is below and as normally, I will follow the report up with what we have left of the single angler weeks:

Chris Hot’s field tester along Eduard and Seth joined me on my recent trip to Sri Lanka. We landed in Colombo and took the 5 hours ride to Kirinda to be greeted by the guys at the lodge and after with a quick briefing with our Captain Nicolas. 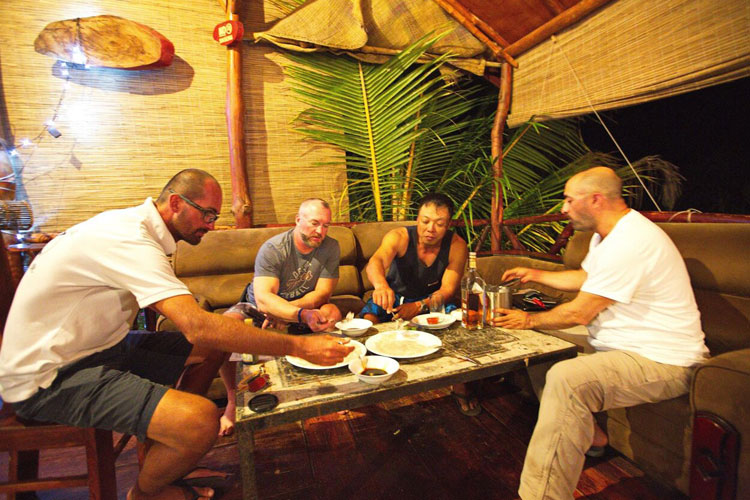 The first day started very slow and we soon start dawning for the lighter tackle, the action was unstoppable with such a variety that made Chris so much aware of his dinner and how we are going to prepare the fish we caught for the dinner table. We fished late and Nicolas tried his best to put us on the fish, the majority of the GT we caught were ranging from 15kg to the 22kg mark with some occasional fish close to the 30kg mark.

The bite was a bit slow but we notice right away and after the first day that it was more of an afternoon bite with countless opportunity and multiple hook up, the fish responded to both poppers and stickbait and the long drift paid-off to cover wider area. Jigging wise was slightly slow but with all honestly we did not put the effort into it and we preferred the topwater action and the light jigging at the reef. 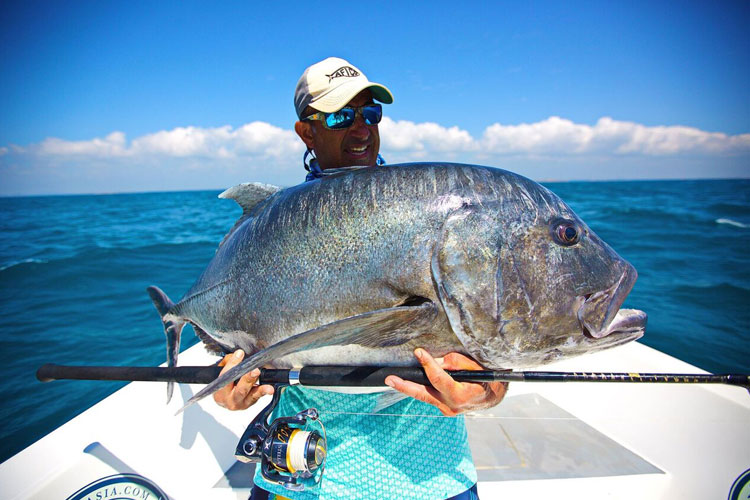 The first days fishing was unreal 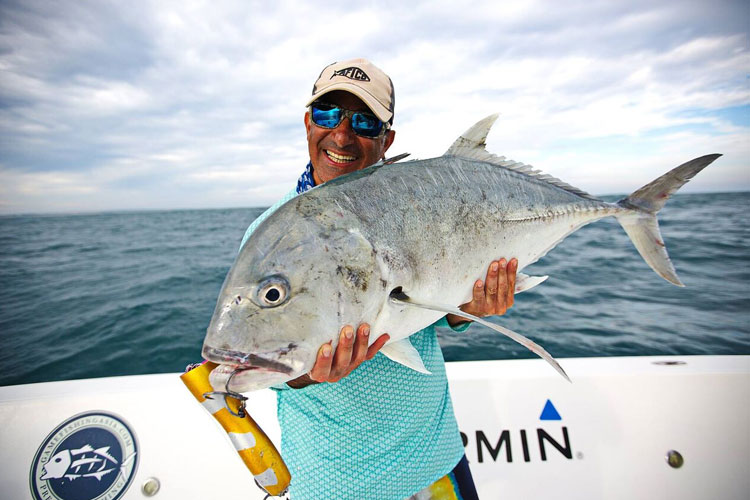 What a cracking GT 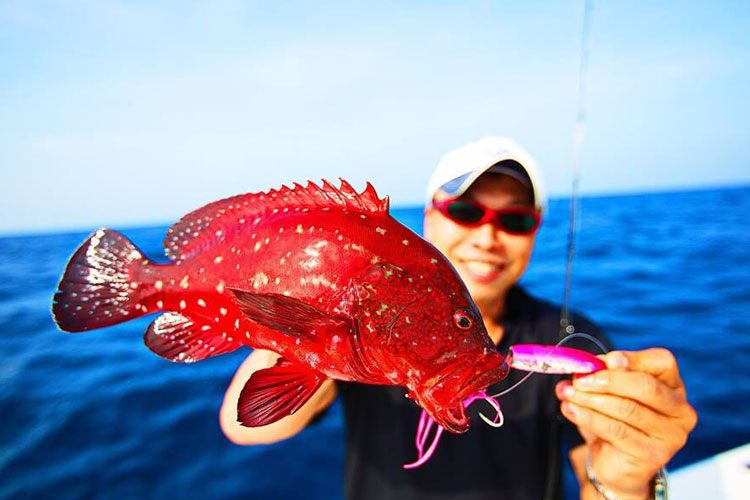 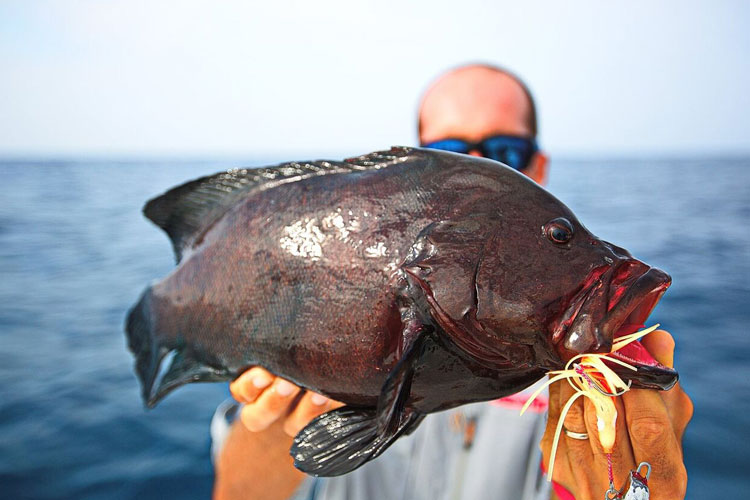 Loads of weird and wonderful species

Chris was testing the New Hot’s Gipang 79XH on this trip and we all agreed that the blanks went into some major changing, it is not the same as the previous blank, the new Hot’s rod has more softness into it but yet the power to stop the fish, I get the chance to fish with the new rod and I really liked it a lot. 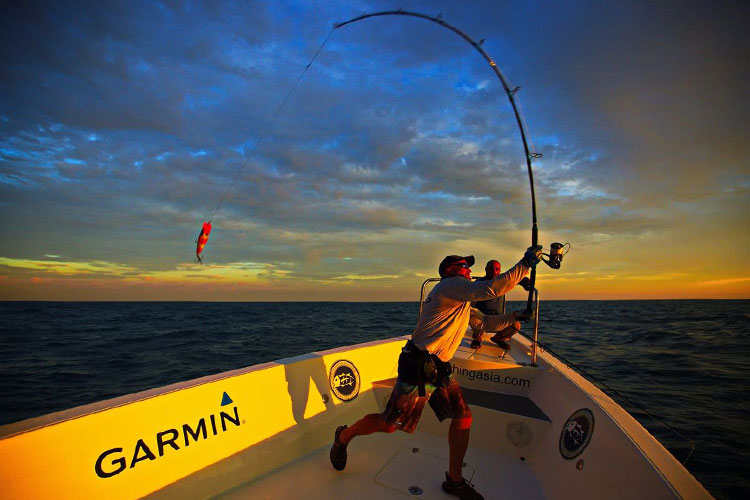 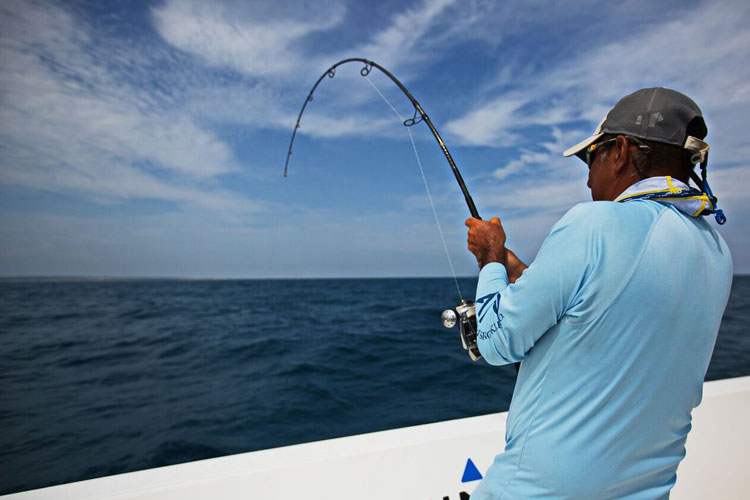 Giving the rod some stick 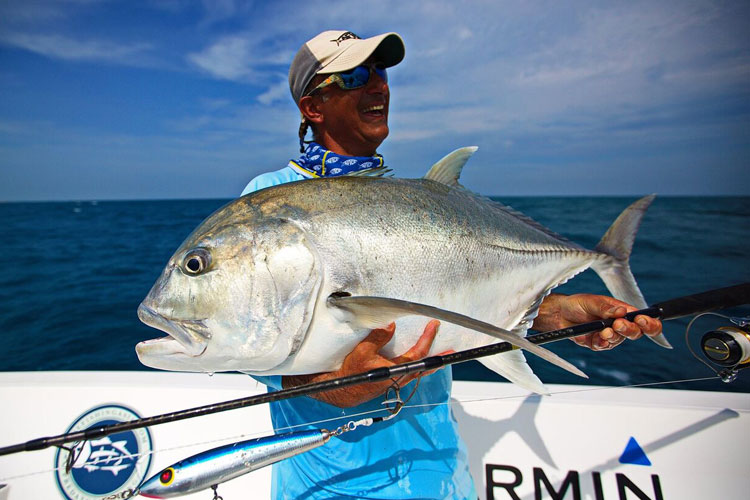 The rod handled the fish nicely

The highlight of the trip came in on the last day and it was the day that Captain Nicolas said that we will get the chance to encounter big fish, he was right on the money. I pursued my goal on pushing my luck to see what the El Maestro 82M is capable on landing and I was lucky enough to get a GT’s close to the 40kg mark in 5 meter of water, the fish took a Hammerhead Cherry Asymmetry 200 SUS stickbait and the explosion on the lure was to be noticed as descent size fish. 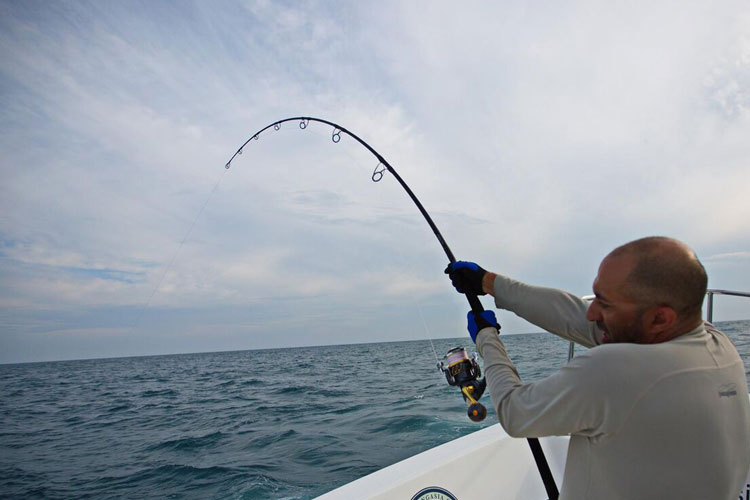 Lets see what this rod can do

The shouting and yelling started on board with Nicolas demanding more pressure on the fish, all what I heard is come on man we are in 5 meter and the fish is heading toward the shallow ledge, I found myself with so much pressure that I precisely cranked up the drag and took the chance, the fish surfaced with it is glory and I was delighted to see a descent fish on board, a big thank you for Nicolas for his manoeuvrability and skills to make it happen in shallow water using a lighter rod. 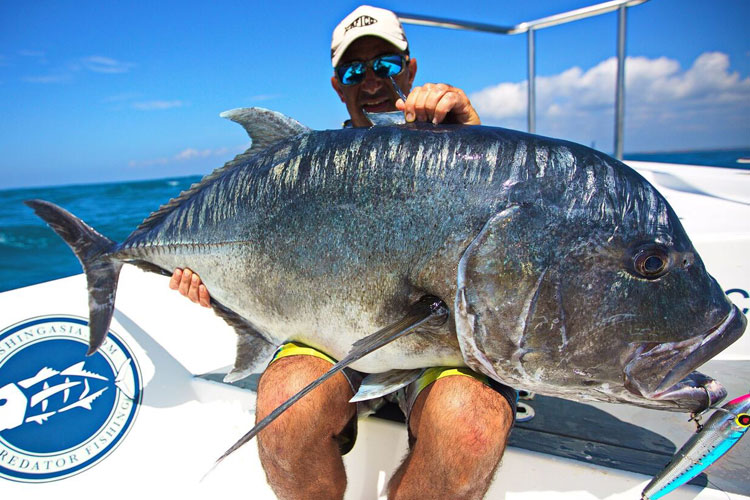 The best GT of the trip

That fish pumped all the guys on board and made them put the effort to keep casting, things where working as a clock on the boat, the guy that catch a fish take a break or head to the shade of the T-top to drop a jig. I get another shot with a bigger class fish that came in on my popper and missed it, while I screamed to get the guys attention the fish charged me again but this time with such a vigorousness open jaw. Unfortunately, it came in a bit short on the popper but felt the take for a few second. Toward the evening we had countless fish boated and the vibe and spirit on board was great. 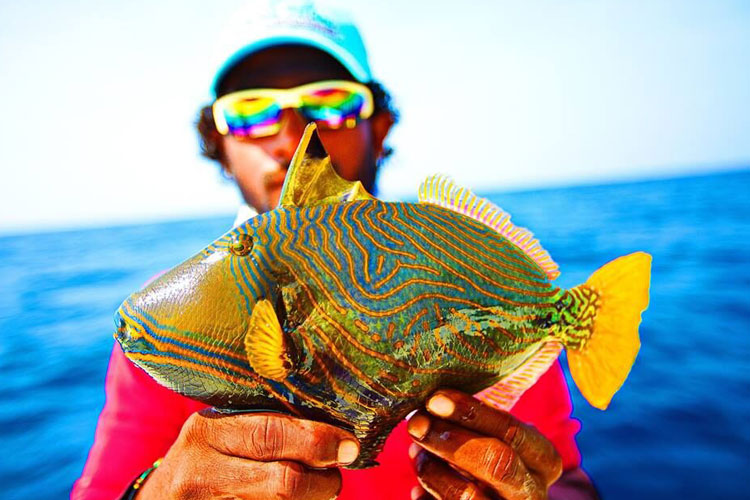 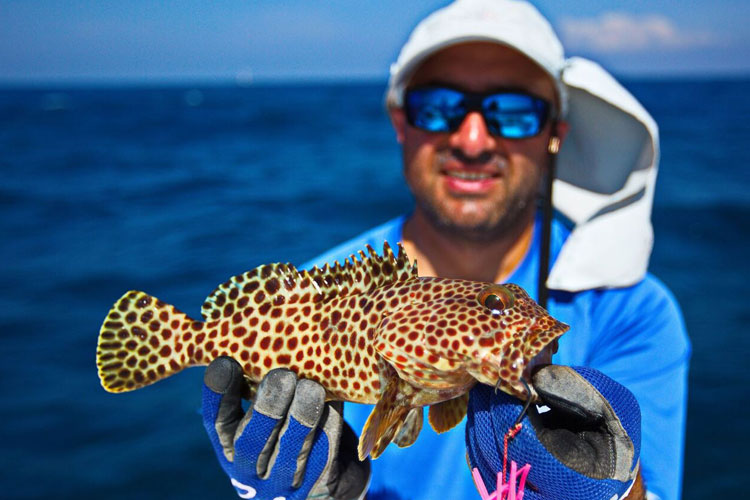 It was a pleasure to fish on board with you guys, I had a great time and can’t wait to do it again. 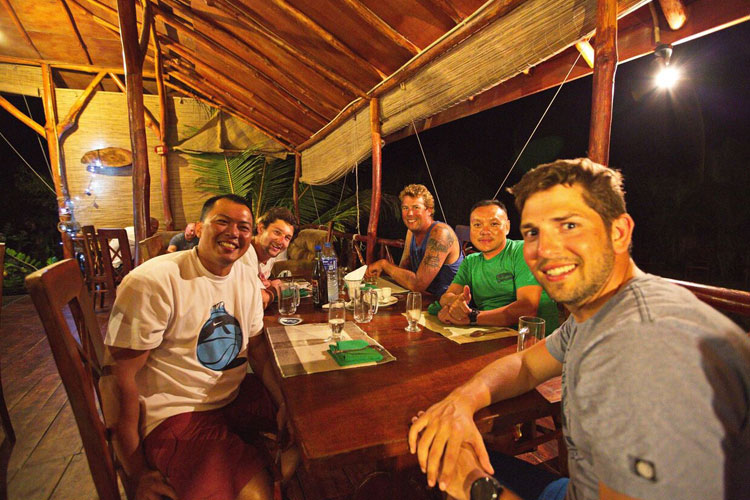 The gang at the end of a amazing weeks fishing

As promised below are the dates left for our single angler weeks. These are flying out of the window and spaces are becoming very limited so if you fancy joining like-minded people call us and we can let you know what’s left.

As you can see from the above the dates are going fast so what are you waiting for?