As the title suggests, we strongly agree that local knowledge is the best type of information you can be given. We all spend a lot of time and money on fishing around the world and the best piece of advice we can give is to listen to your guide!

The guides we use in Andaman have been fishing these waters for many years and have so much knowledge of what lures, hooks and lines to use that you would be silly not to take note of what the guides are saying.

We have been sent this great report of such a trip where the anglers turned up with what they love using and the guides advised them that the line and hooks were not up to the job. Well, it took them many lost fish to realise that the guide’s suggestions were actually correct. We will let their report below tell you their story.

We have had Korean anglers visiting us for the last two seasons and last year, after their trip, they immediately booked a prime set of dates for this season. We were expecting the same group of anglers, as communication in English is a bit of a challenge, but were in for a bit of a surprise when we saw the group was all new faces and included the Korean Daiwa tackle tester and the Hots tackle tester for Korea. They had a big selection of tackle; a lot of it was brands we had not seen before and some even made up their own lures, as we have also seen with a lot of Japanese anglers.

Some of the team were experienced and had fished in Komodo for big GT, while some of the others were on their first GT trip. Being a prime week of the season we expected the action to be hot and that is just what it was. We tried to tell them that there were big GT’s and dogtooth around and that they would need to scale up the hook sizes on the lures and fish heavier drags, but they seemed to favour the tackle selection they had.

True to form, the XL GT’s and dogtooth did show up to put on a show and as the saying goes “don’t bring a knife to a gunfight”. We ended up with opened treble hooks, bust offs and lost lures. They did land a few decent fish but is was not even close to what came up and could have been landed. They lost an estimated 40 kg dogtooth on topwater boat side and not a few GTs in the 35-40 kilo range including one monster that came right up to the boat before a final rush straightened out the hook. 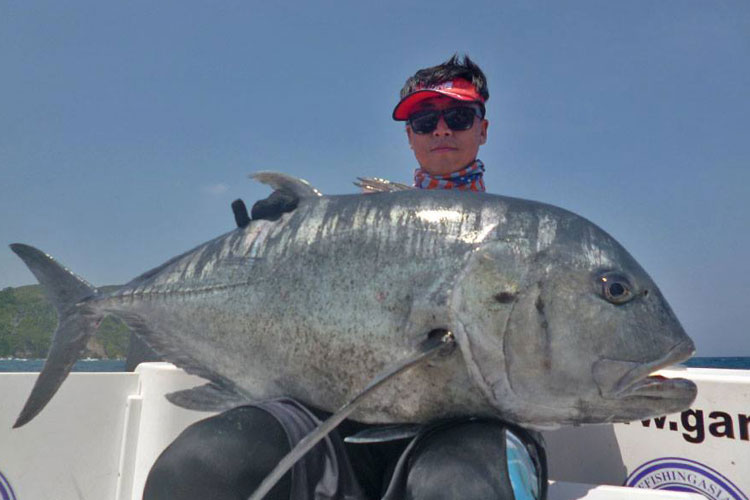 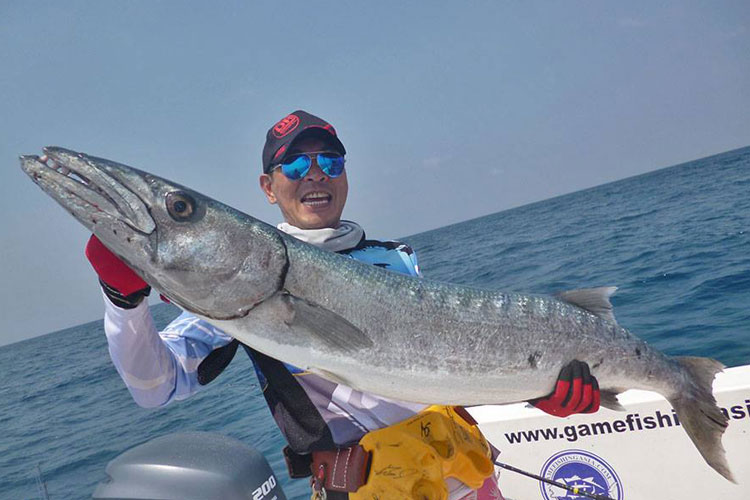 Seeing the great topwater bite the guys did not want to jig at all so we concentrated on topwater and hooked plenty of fish. However we kept losing the good ones, much to both the skippers’ agony. 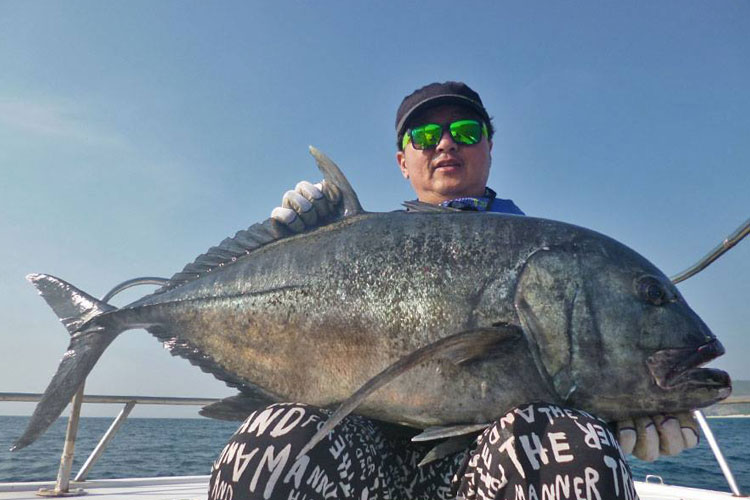 Finally Jongsik, who volunteered to try one of our poppers with big ST 76 5/0 hooks on it, got into a big grouper on topwater. It managed to get into the rocks but some skilful boat maneuvering and some scary bends in the rod resulted in the tug of war, which the grouper finally lost, putting one good fish on deck for us. 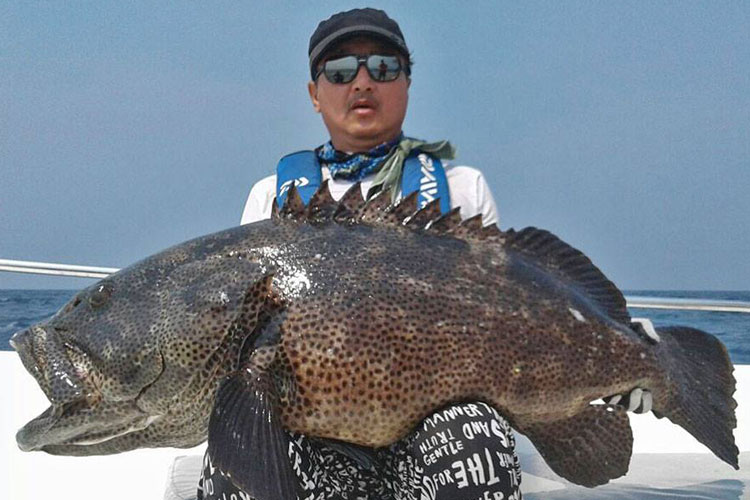 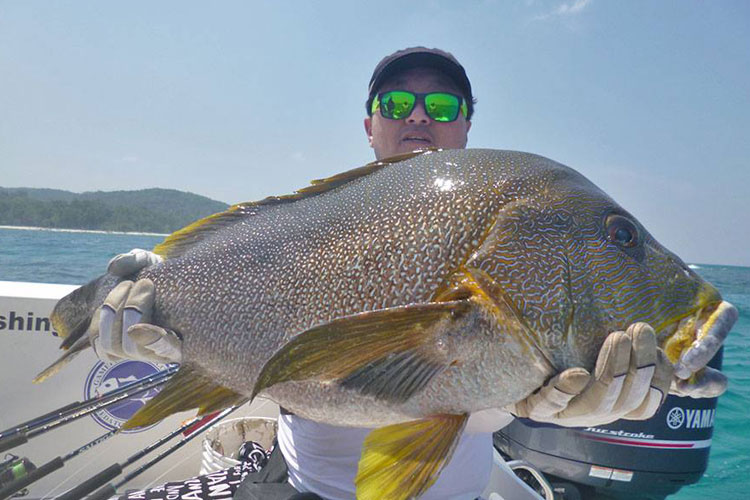 It’s not every week we win the battle with the big GT’s and Dogtooth, so once again it’s really an example of how the odds are stacked against the angler and how every thing has to come together just right for a big fish to be landed. All of us once again realize just what a trophy fish a 40 plus kilo GT or dogtooth actually is. 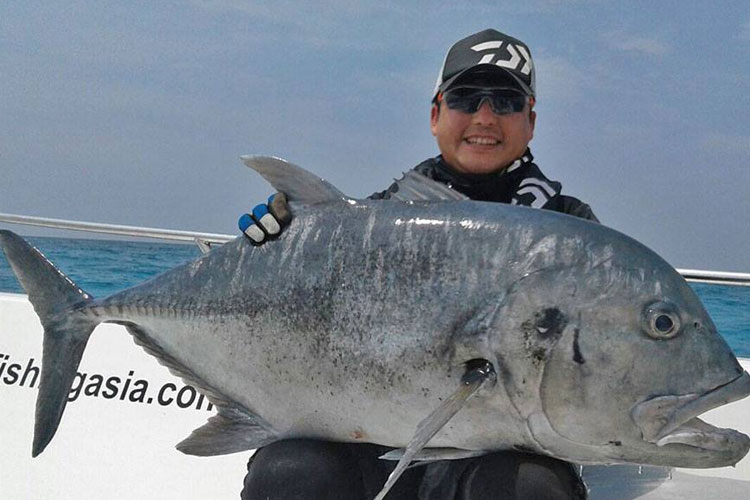 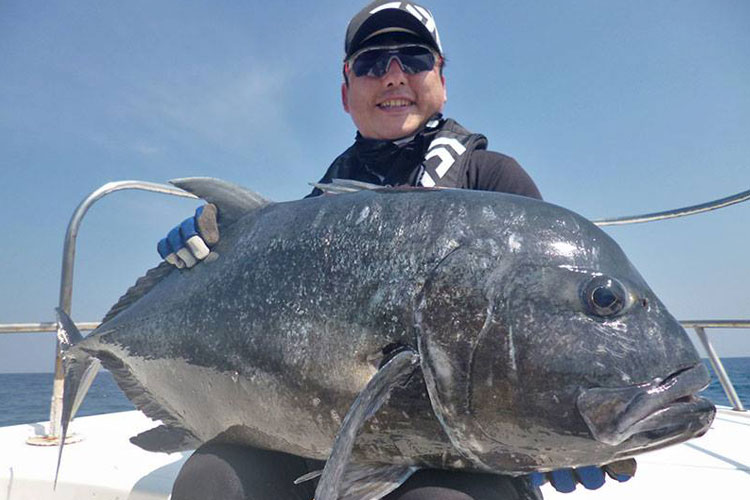 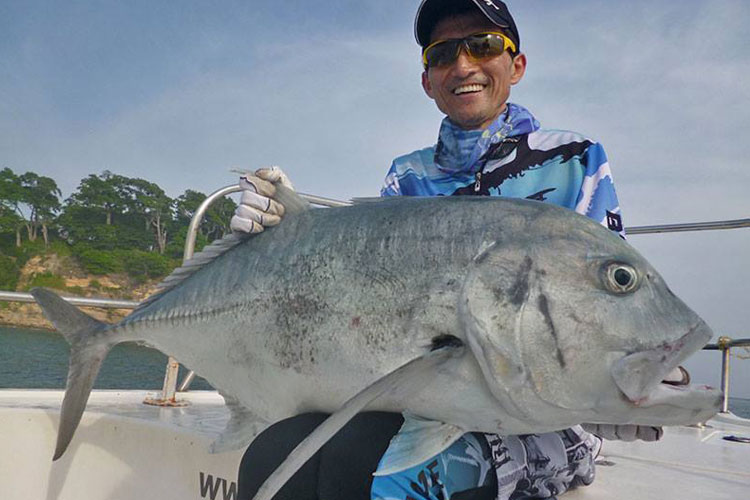 The main thing is the guys fishing had fun and this they had more than their fair share of, with the boats landing in the region of 20 fish per day to each boat. It was an awesome trip minus any big fish boated.

Till the next report,

Thanks guys and it just goes to prove what we were trying to get across about listening to your guide.