What a weekend its been over in North Norway….. Got in to the office this morning and my emails were full of fish packed reports sent to us from our guides fishing at several different destinations around Norway.

“Havoysund is the furthest North Norway you can get to”

The first report is from one of my personal favourite places and that’s ‘Havoysund’ the most furthest destination in Norway you can get to. The Halibut up there is some of the best, I will hand you over to Douglas and his report:

The week started with 12-13 seconds a meter winds, but the guests were unbelievably ready to catch big fish and pulled out despite difficult conditions. The longhaired Lithuanians had already been fishing for halibut on day one, and managed to land a 132 cm halibut during the first hours. The guided boat was looking for a halibut on the first day, and the wind made the possibility of taking a trip to a minimum. We did some drifts right at the camp on the edges and it did not take long before we hooked something. A 62 cm baby Halibut came up in the Guideboat. There were several Halibut on the other boats, including 135 cm, 122 cm and more under the minimum limit. The wind got up more and more in the morning and the Guide boat went to land to take a break, then to go out later in the evening when it was going to be quiet. It was worth the wait! 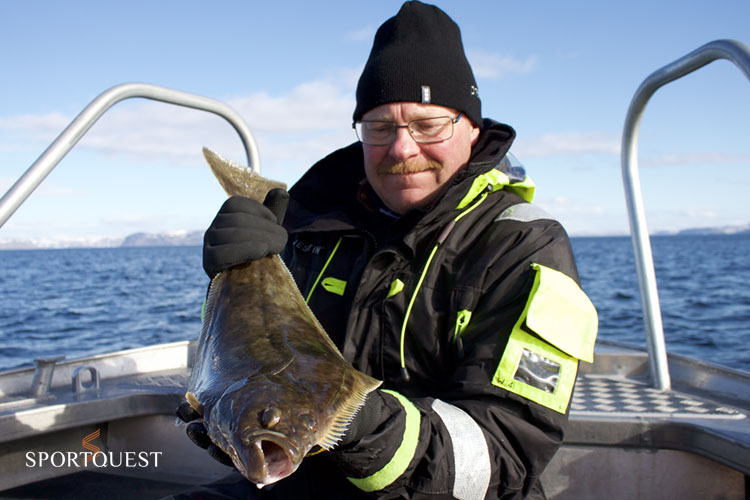 At 17:00 on Thursday, the Guide boat and guests were ready to try again on the ocean and we went to Måsøya to test their happiness. We had a perfect drift, but the Halibut were not quite ready to play. Henrik in the Guideboat decided to try and beat his Wolfish record with a single hook and baited it with cod fillet. It did not take long before it began to pull on Henrik’s line. We were all thinking that this might beat his wolfish record, but when we looked down to see what was coming up, we were absolutely gobsmacked to see a huge Plaice coming up. It was another record that was hit and the Plaice measured 56 cm and landed the whole 2.30 kilo! 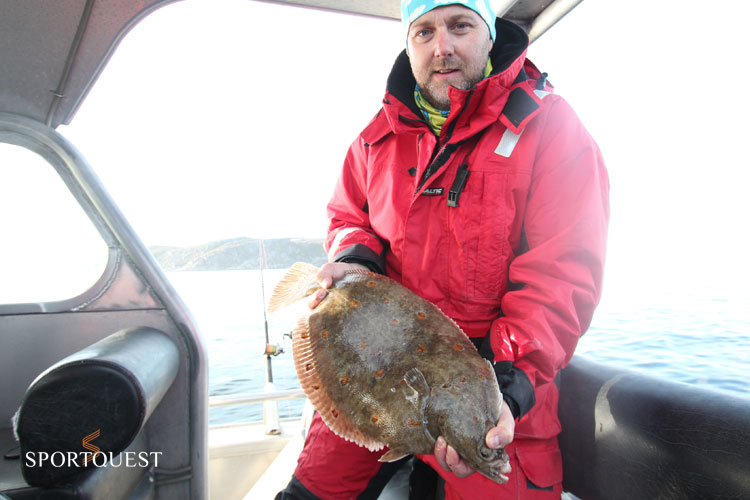 Later on we decided to try again for the Halibut and it wasn’t long before something suddenly grabbed Jörgens jigg and spit it out again. We saw that this was something big, and 5 seconds later it was back and this time it didn’t let go. At 70 meters deep there was no easy struggle to pull the “animal” from the bottom. 3 times the fish departed after being 10 meters below the boat, and went down to the bottom again. We realised that this was a GREAT halibut and we got a first glimpse after half an hour of pumping. We succeed in landing the halibut, and the joy was shared in the Guide boat. The Halibut was measured at 156 cm and another personal record was beaten for one of the guests in the Guide boat. Nice finish on day 1! 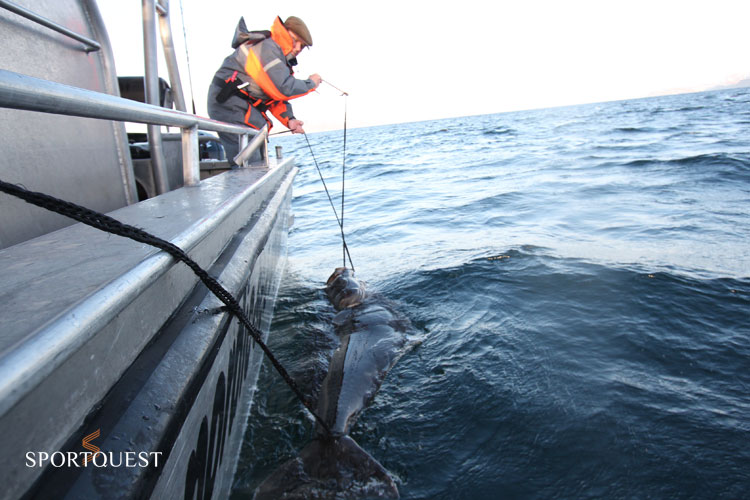 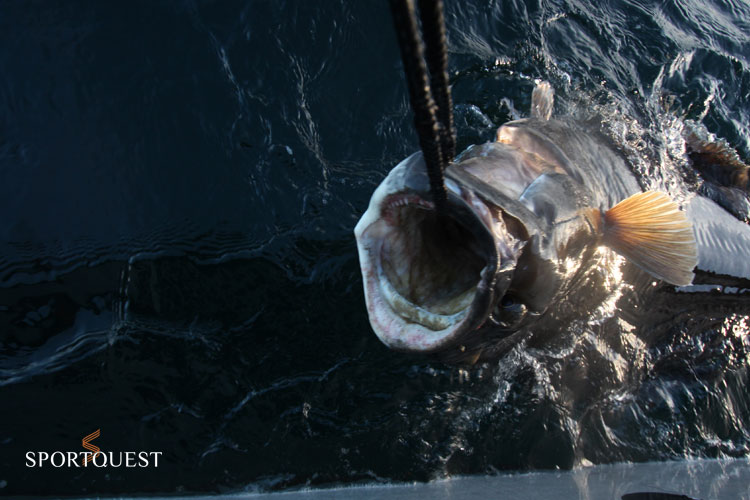 Since then, several of the guests have hunted for cod on the open sea, and with cod of 10 kilograms coming up, with the largest cod of 14 kilos. The day after, the guide boat was again looking for “the big halibut”, and Mikael, who never caught a halibut before, got his first at about 60 cm. The rest of the week will be reasonably windy, but we hope they have got it wrong. 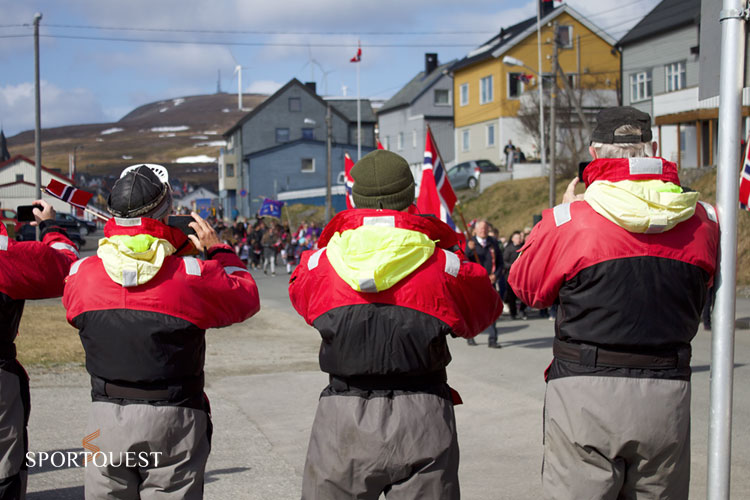 We cross our fingers because the goddesses have been wrong before and that we can come back to sea for the next few days!

Thanks guys, lets hope the weather plays ball a bit for you. Havoysund truly does throw up some amazing fish through out the year and if you fancy booking a weeks fishing there then get in touch with us on 01603 407596 and we could be making your dreams come true.