Fishing conditions have been optimal, and with water levels continuing to drop, we’re finding fish concentrated in the main channels. We had a few thunderstorms last week, but they didn’t bring enough rain to significantly change the shape of the Marsh or the river. Water clarity is excellent. In fact, in some channels it’s like peering into a natural aquarium—full of catfish, sabalo, and other small baitfish. 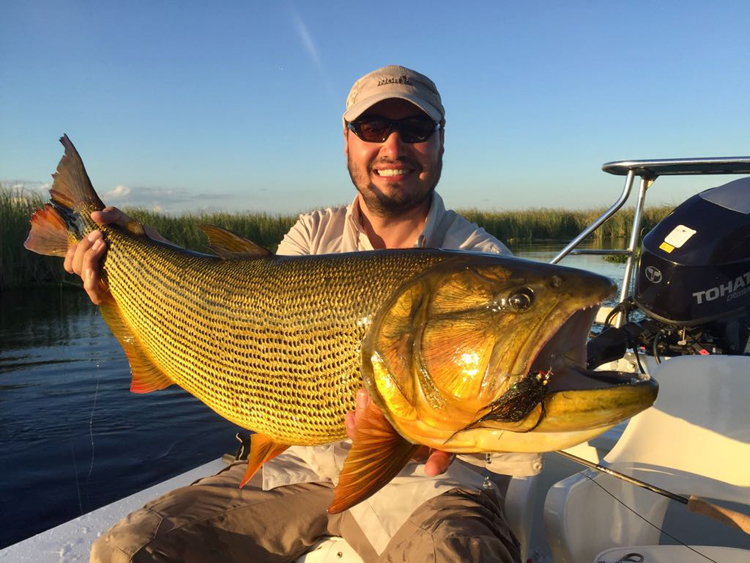 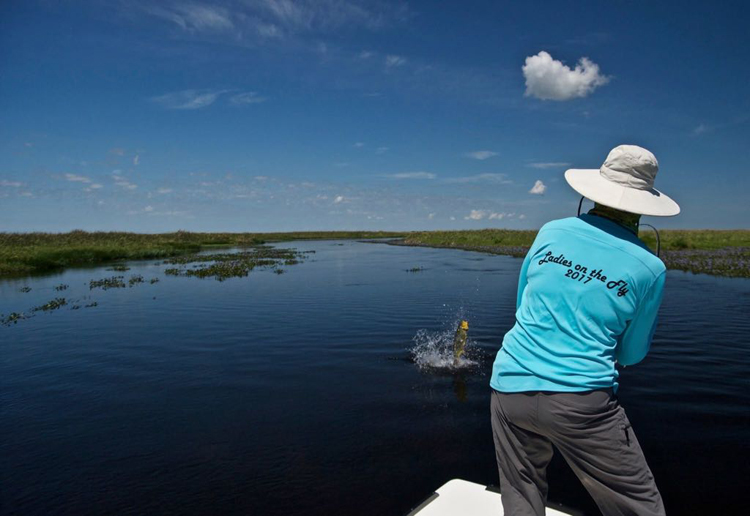 Both the Marsh and the Corriente River are now holding good numbers of dorado. Hilton Channel, in the Marsh, recently produced the largest fish of the season to date, a stacked 18-pounder caught by our guest Yerkin. Roger, from that U.S., on the other hand, landed a 16-pounder in Butler Channel. The fish hit his fly as soon as it touched the water. A few other remarkable dorado were hooked, but managed to escape. Denis’s massive Surubi (catfish) wasn’t so lucky. At 38 pounds, it’s the biggest I’ve ever seen.

We’ve been busy clearing a couple new channels for anglers to explore in the Marsh. Now that they’re open, we’re finding that they’re loaded with resident dorado, fish that have likely never seen streamers pulled across their noses. Other areas of the marsh have been pira pita hotbeds. Oftentimes the pira pita mix and mingle with dorado in the same pool or channel. When this happens, get ready for surprises, as both species can turn savage on stripped mouse patterns. 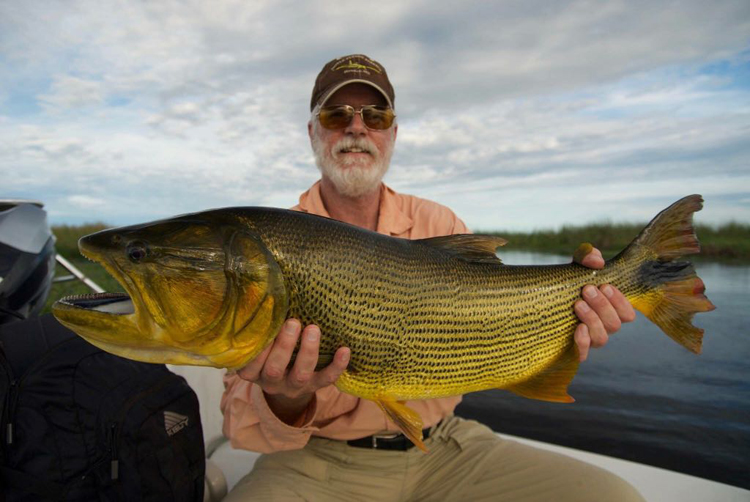 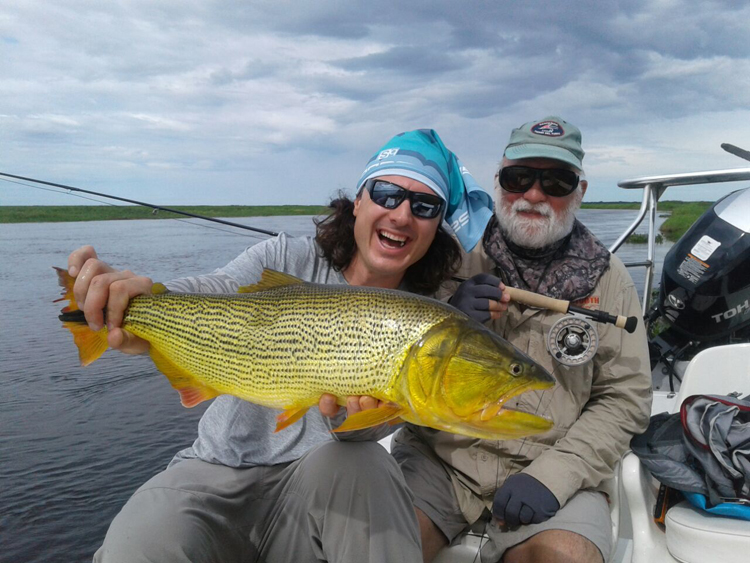 In the lower river system, the fishing has been productive from the confluence downstream to Beat No. 3. Below that, we’re starting to lose some water clarity. This past week we had a great session with Meredith McCord and Stephan Dombaj, which included an exciting string of double hookups.

Flocks of Jabirus (a type of stork) have just arrived to our shorelines, and as always the wildlife watching has been spectacular. 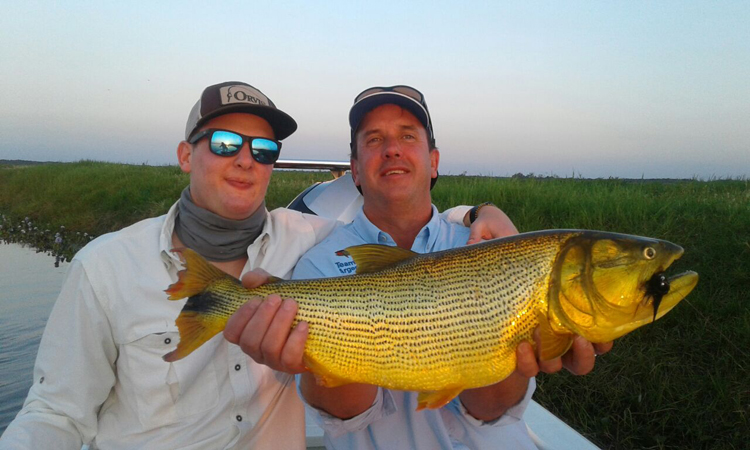