As you maybe aware it is peak season on both Sri Lanka & Andaman Islands hence the reports recently of both destinations. The GT fishing at both locations, we personally think may well be the best in the world.

Remember we have some week’s set-aside exclusively for Sportquest Holidays customers and these weeks have been hand picked for the best timings in that month (Big Fish weeks). The weeks are based around single anglers, as this destination can become fairly pricey if the group numbers drop below 4 sharing. 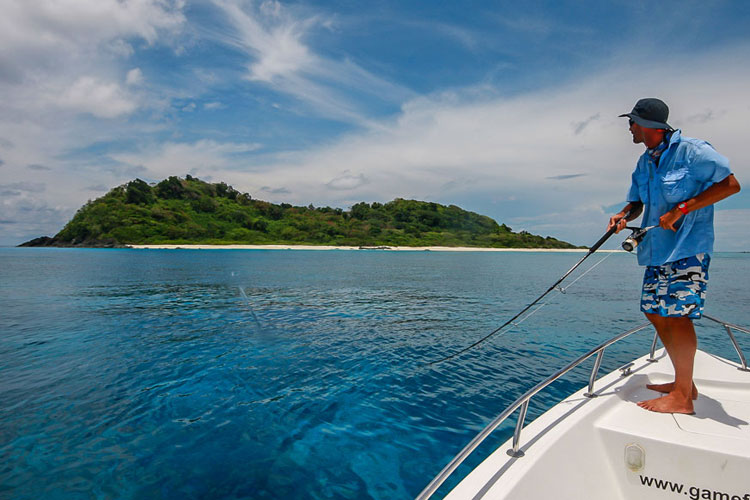 What an awesome place for popper fishing

So with this in mind we have decided to put together groups ourselves so no one has to pay any supplements and that way you get to fish such places with out worrying about finding groups to travel with. The dates for these SPECIAL weeks will be at the bottom of the below report and if you would like to have a chat about these weeks or any other availability simply call our office on 01603 407596

After hearing about us for a long time, Daniel, who does a lot of fishing in Australia, and Emad, who is relatively new to the sport in Dubai, decided to experience big GT action in the Andaman’s.

Our popper board display, along with a selection of photographs of anglers with their big GTs, was the focal point for our new friends as they walked into the guesthouse. After a quick lunch that didn’t seem to draw their attention away from the photographs on the board, both of them got busy pulling out their tackle. Emad had some new vertical jig lures, which he was quite eager to feed to the fish and Daniel had done his homework and brought along famous stick baits and poppers that we had recommended. 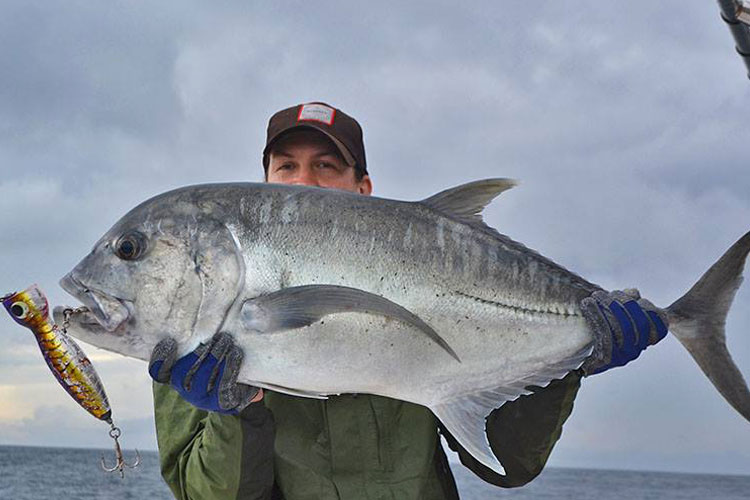 Perfect way to start your week

With the north-east winds blowing at a little over 10 knots, the sea was going to be choppy and with their first day starting off a bit late in the morning there was not much fishing to be had on day 1.

The following day was a different story altogether, with Emad’s first experience fighting a medium sized GT. It tired him out pretty soon and I reckon he will be putting in some time at his local gym before he visits us again. Daniel, on the other hand, fished like a boss and hooked himself a nice 30 kilo fish. 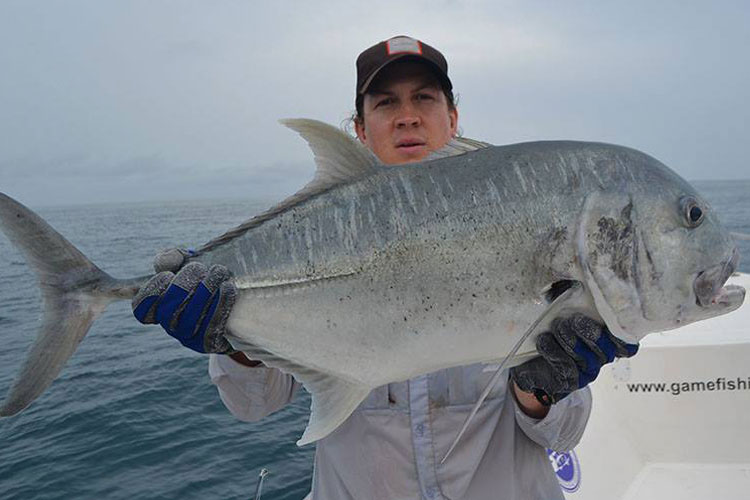 They are getting bigger

He tamed the GT pretty soon and brought it alongside our boat while Emad hooked into a nice Grouper. The count was 15 fish before their day ended, with a couple of job fish adding to the variety. 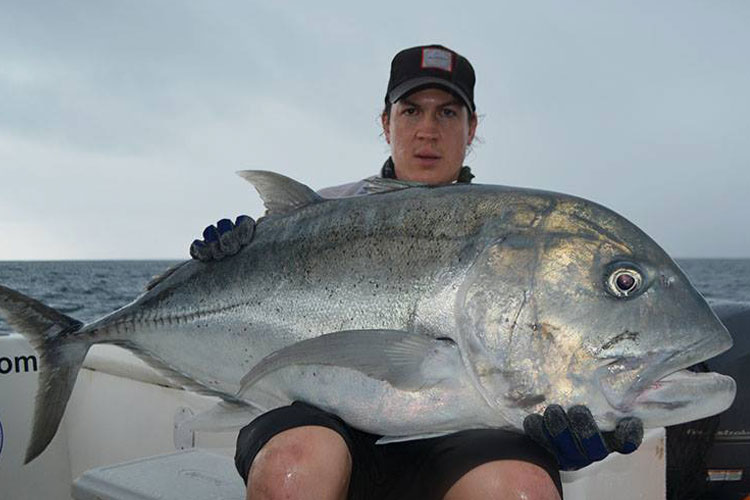 Wow what a beast

Day three was more productive in terms of big fish and Danny got slammed by a monster GT in under five metres of water. His experience came into play and he did well to keep the fish off the rocks. The take was what GT fishing is all about, with the huge wake behind the popper and an explosion on the surface that gets your heart racing as fast as the line disappearing off your spool. He did well with that 40-kilo fish which had every opportunity to cut him off on the rocks.

“40Kilo GT is a magical fish and a huge congratulations”

They were not the luckiest with the weather but our crew ensured that they came back happy each day. That’s the charm of these islands, with numerous fishing spots close at hand. With the next two days of hits and misses, great big fish being seen around bait schools and fish coming up on every drop while jigging at some spots, the boys were a happy lot. 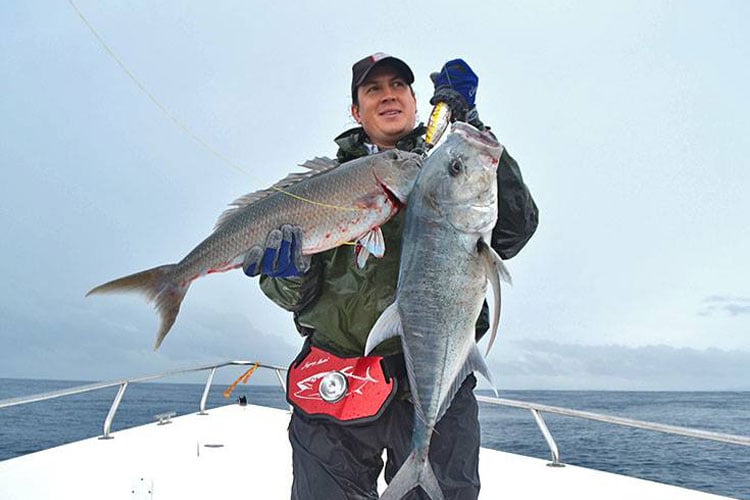 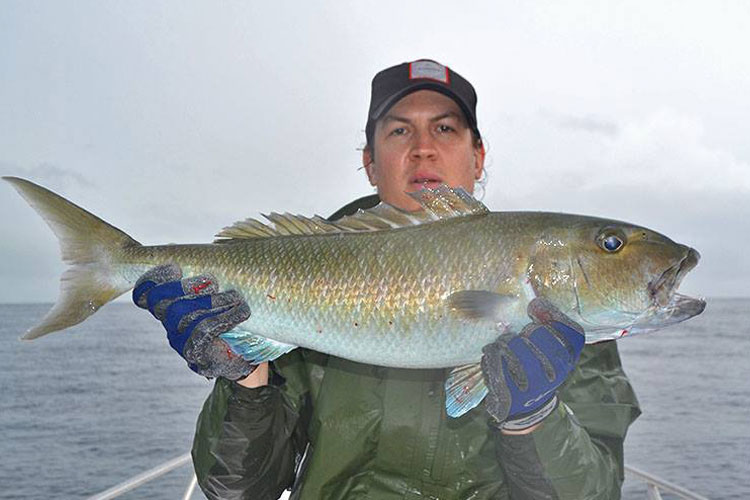 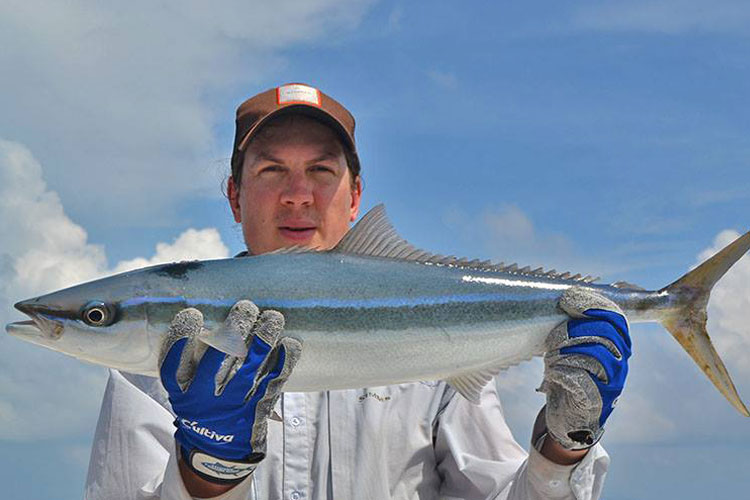 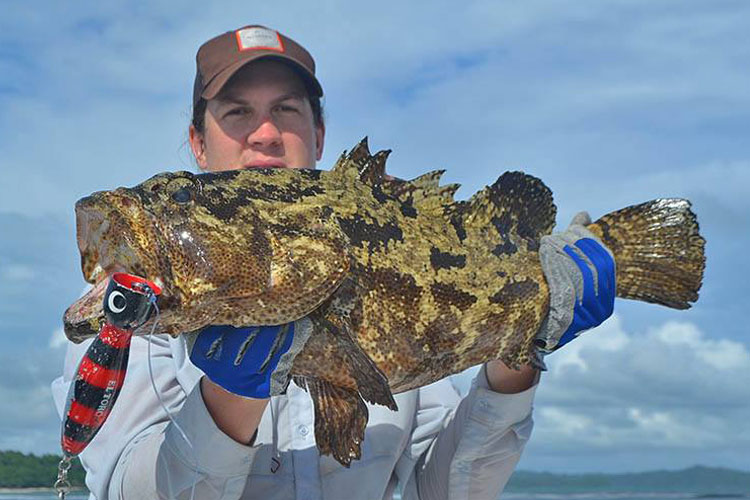 The fish had a farewell party planned for Danny and Emad though. On their final day, the biggies followed their poppers and stick baits all the way to the boat but wouldn’t bite. The party was exciting with big fish all over and the guys trying every tactic possible to entice a take but that just didn’t happen. Clearly the GT were there only to say farewell to our friends. Fifteen fish did come aboard Rampage to get unhooked though and to keep that favourite number going. 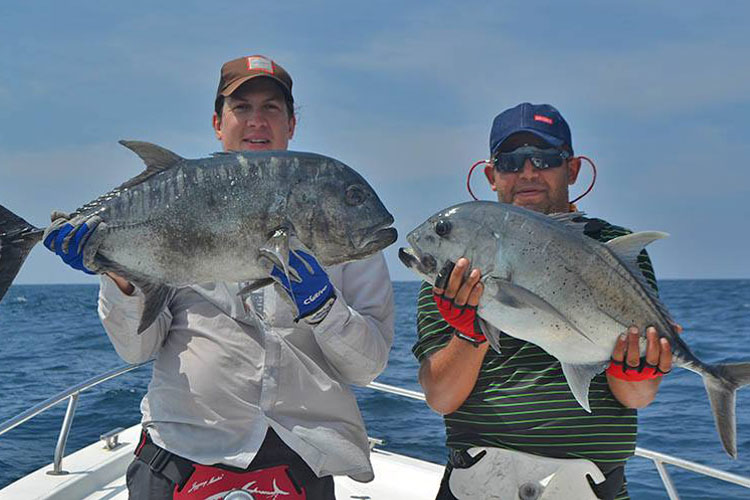 The fish aren’t aware that both anglers are armouring up for their next visit. See you soon Danny and Emad; it was great having you guys over.

As promised, below are two weeks that have been set aside and are exclusive to Sportquest Holidays customers based on single anglers. An excellent opportunity for you to join like minded anglers to fish one of the best places in the world for huge GT’s. If you are interested in putting your name down call us on 01603 407596