This past week has been the best so far this season. Despite last weeks warm weather and lower than normal water levels, we did do very well on all our rivers. 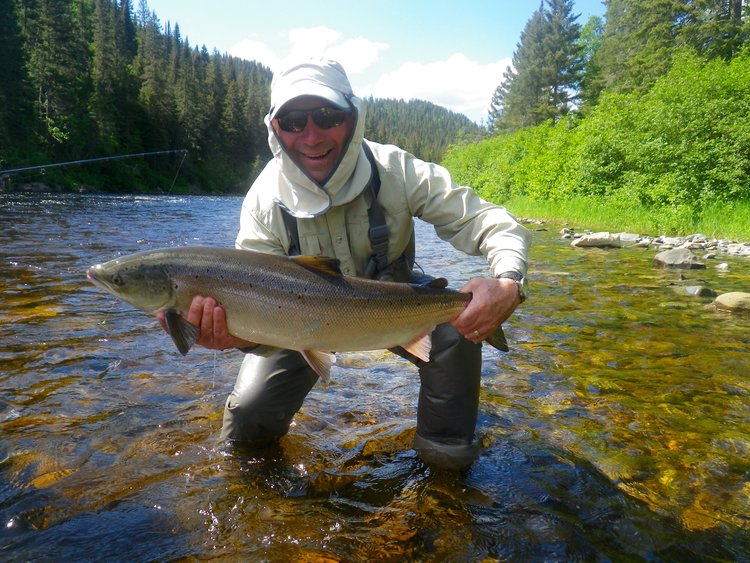 Gerry with his first fish of the season, Congratulations Gerry, see you next year!

Our rivers are lower than normal for this time of the season but we still have plenty of water to allow fresh fish to run up. Water temperatures remain favourable in the low 50 degree range and the weatherman is not announcing for hot day in the bear future. 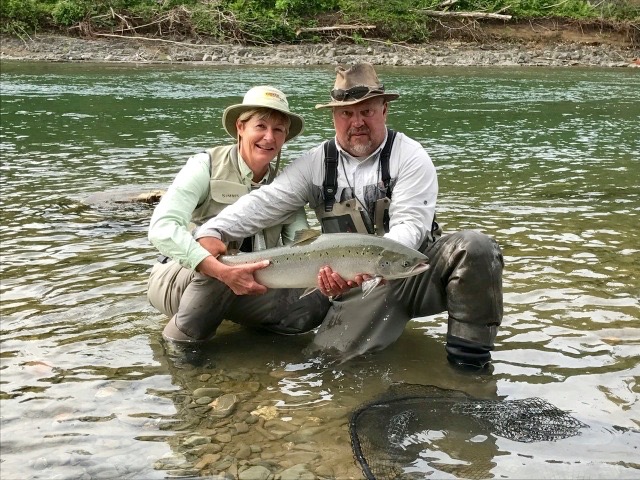 The Bonaventure and Petite Cascapedia are getting a nice run of both salmon and grilse. Water conditions on the Bony got a bump from a day of rain and a couple of thunderstorms in  the hills.  Similar conditions on the Petite Cascapedia has kept the fishing productive as well.  The Grand Cascapedia has been one of the best rivers in 2017. Fishing has been great since day one and this past week has been no exception. Warm weather effects the Grand a little more that the Bony and Petite, by weeks end water conditions were beginning to warm up but the level are great. 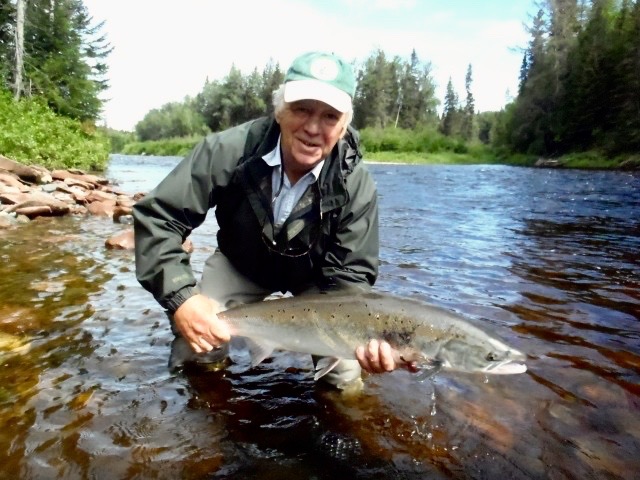 2017 hasn’t been the easiest but we are doing well despite the tougher than normal conditions. Next week’s high tides will certainly bring in more fresh fish and the weather man is announcing some rain and thunderstorms. 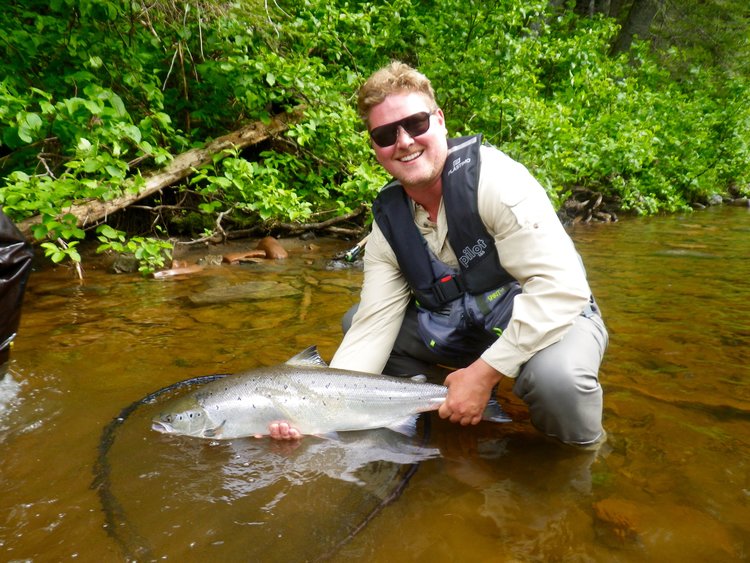 Evan with a big smile after landing this one on the Grand Cascapedia, nice one Evan, see you in 2018.

This weeks hot fly’s were the Stone Ghost, John Olin and Silver Rat other patterns such as the Green Highlander, Blue Charm and Undertaker have also been very successful. Dry’s are doing very well, especially Bombers, Green, Dark Brown, Blue and Yellow in sizes 2, 4 and 6.

Brian doest it again, this time on the Grand Cascapedia, Nice one Brian, congratulations!

If you would like to read some more reports on this destination or find out what we can offer you, CLICK HERE