GT Fishing Report season starts with this Sri Lanka GT Fishing report , We are pleased to inform you that our GT season has started in Sri Lanka and with the resort full of experienced popper anglers this up and coming month should be action packed with some great stories and many pictures so if you are interested in your popper and vertical jig fishing then stay tuned as we should be receiving some great reports from the fishing guides.

The first week of the season was set to be a great start with perfect blue skies, lots of sun, light winds and flat calm seas the perfect combination for popper fishing. The first areas the anglers targeted was the shallower reefs as these were full of baitfish and every one knows where there is baitfish there are predators not far behind. 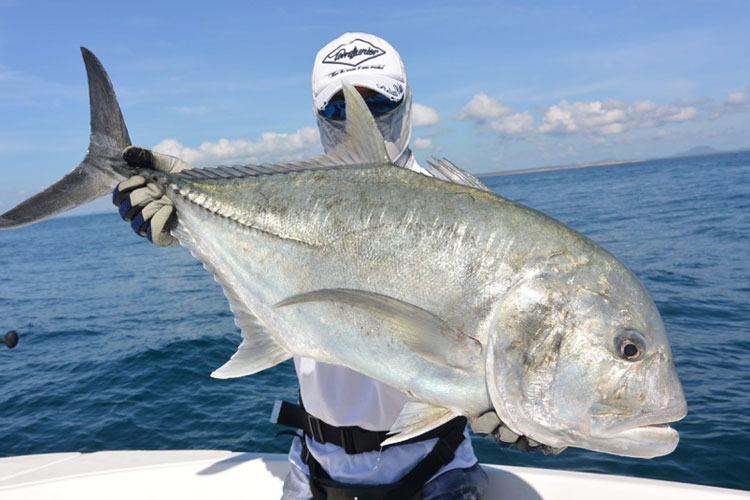 We could see from the off that this was a wise decision as soon as the poppers hit the balls of baitfish the GT’s were switched on and hitting the poppers straight away. Unfortunately even though they were hitting the poppers the guys just could not get the hooks to stick, which must have been so frustrating that was until one decided that the popper was to irresistible and engulfed the lure “Fish on” This angler was using very light gear which is risky but sometimes very successful and with the drag ramped up to the maximum for the breaking strain it was only a matter of time before the GT snapped the line and made a bid for freedom, you win some you lose some, that’s fishing. GT Fishing Report 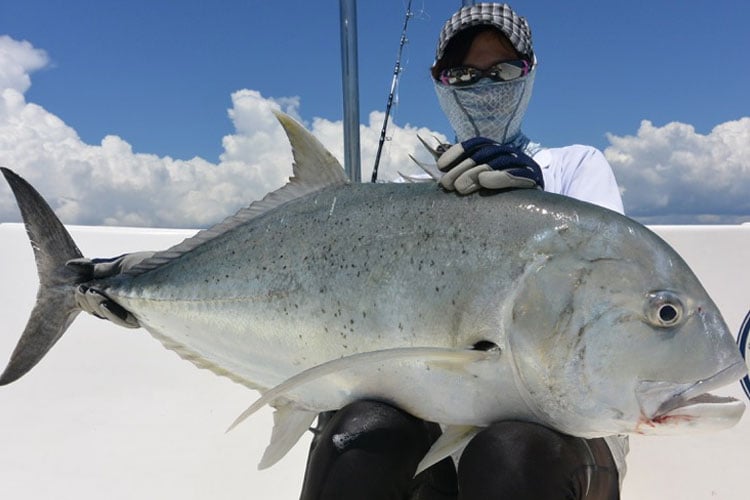 On the last couple of fishing days the anglers made a joint decision to try deep vertical jigging for Amberjacks and with experience on their side it wasn’t long before decent Amberjacks were hitting the boat all around 10kg. Then all of a sudden a big GT decided he wanted the jig and made off at a huge speed, after a great fight the biggest GT of the first week was landed at 30kg. This Sri Lanka GT Fishing report is getting good 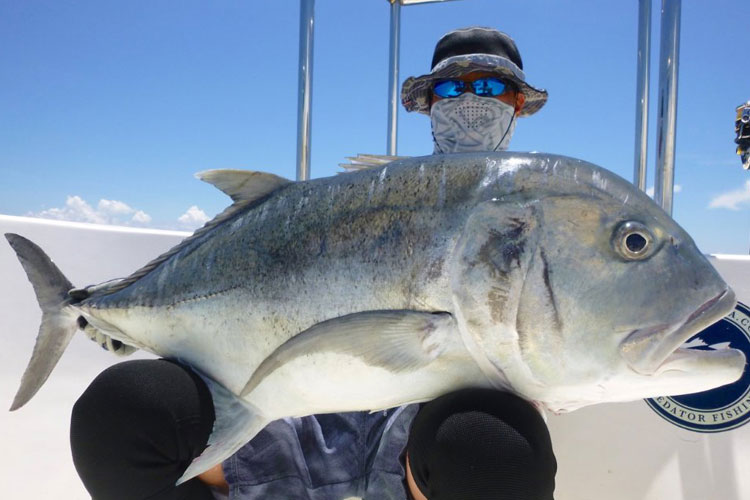 After the huge GT was released every one decided to try a new spot and with some big marks showing on the sonar it wasn’t long before everyone was bent in to some hard fighting reef fish. The fish list landed on that day was excellent, they had, Mangrove Jack, Grouper, Snapper, Skipjack and King Mackerel. After a crazy morning jigging they then changed plan and went to an area known for lots of popper action for GT’s and after some great sport on the surface the day ended with a dozen GT’s between 10 – 20kg 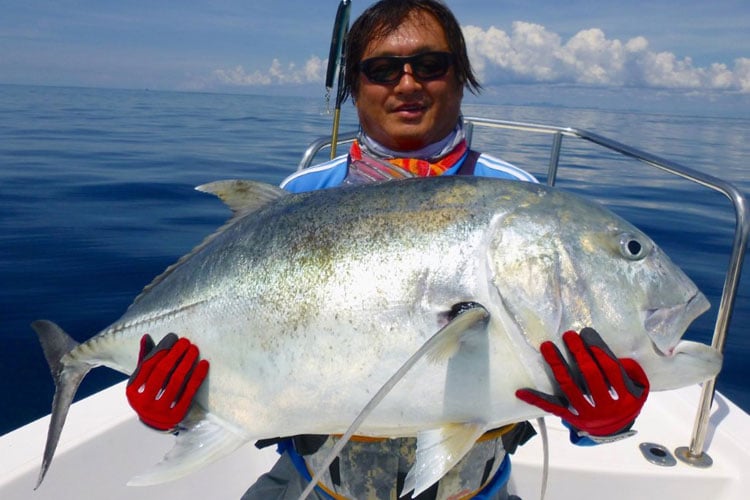 Now that the season is underway we should be seeing some great reports and some even bigger GT’s and hopefully it will not be long before the Dogtooth Tuna turn up and once they are in town then all hell will break loose. Make sure you keep an eye out for our next instalment, but until then tight lines and thanks for reading my Sri Lanka GT Fishing report