Tarpon Tarpon And More Tarpon as the season in our resort in Costa Rica is in full swing and our anglers are reaping the rewards with multiple catches of their target species, the Tarpon. There doesn’t seem to be a better place in the world to target the largest of this species and put this with some of the best Tarpon guides and the finest accommodation and you will not be disappointed.

Our fishery manager has been sending us some fantastic reports recently and sitting here looking through what has been caught over the last couple of weeks, it still takes my breath away and is some where that is quickly finding its way to the top of my places that I have got to visit. So if you are a die-hard Tarpon angler that goes to Florida each year then you simply must take a look at Costa Rica for your next trip, you will not be disappointed. Check out the little fishing reports from the last couple of weeks:

“Fishing remains fantastic. Our clients Ted and Peter have caught 35 tarpon in four days and still have three to go. Our new guests have arrived, had their breakfast and went out and caught tarpon almost immediately. Fish are taking ‘sardinas’ and single hook jigs made by Marvin, an outstanding guide who has been with the lodge for many years (from the start, actually) and has clearly developed a pattern that is working. There is little that could improve on current conditions“.

“Wind finally died down and our guests were able to get out the river mouth and onto the ocean. The morning was a bust but the afternoon made up for it!

One guest had 2 tarpon on the hook and caught two tarpon – 80 and 100 pounds, respectively.

“The wind….. another river fishing day.

But it was a good day fishing. Something had the tiger fish biting!

One guest caught 40 tiger fish and two guests caught 10 each“.

“More unseasonable weather – wind conditions made the ocean too choppy for fishing. Our guests fished the river and caught quite a few fish!

One guest caught a 40 pound tarpon, a snook (2 pounds) and 2 blue gills

Another guest caught a snook (2 pounds), a Jack, and 3 other fish 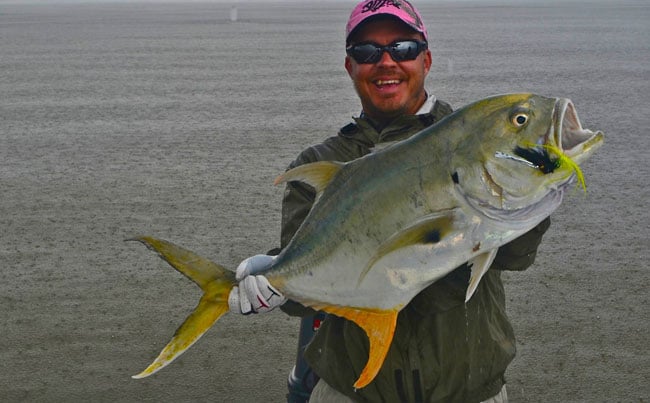 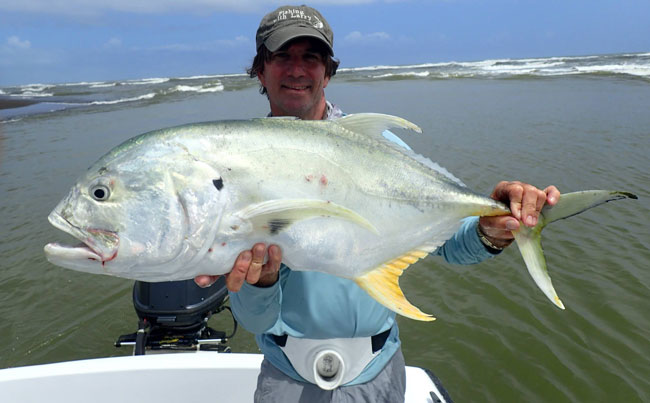 “Fishing was great today despite starting a bit rainy and windy. 11 guests at the Lodge. Biggest tarpon came in at 140 pounds:

One guest caught a 120-pound tarpon in the morning.

In the afternoon, one guest caught a barracuda (7 pound) and hooked two tarpon.

One guest caught a 60-pound tarpon

One guest caught a 140-pound tarpon.

One guest had two tarpon hooked

One guest caught an 80-pound tarpon and a 30 pound Jack and also hooked five tarpon.

One guest caught a 70 tarpon

One guest caught a 80 pound tarpon

One guest caught a 81 tarpon

One guest caught a 120 tarpon

One guest had 3 tarpon on the hook

One guest had 1 tarpon on the hook”

As you can see from the above reports the Tarpon are there in huge numbers and if you fancy joining us one day then get in touch with me and we can get you some peak times coinciding with the correct moon phases. You can reach me on 01603 407596