We have just received a couple of Las Buitreras fishing report and some nice pictures from our sea trout lodge, Las Buitreras in Argentina, as its opened its gates again after the Christmas and new year period. By the looks of the report they have had some good fishing!

The gates of Las Buitreras have opened yet again to welcome the first well composed group of fellow anglers from the United States, the United Kingdome and Sweden to celebrate both the first rush of absolutely fresh Seatrout.

Altough some fish had been taken just before New Year’s eve, it was our good friend Lars Ivarsson who had landed the first chrome bars of 2012, starting the year with a cracking 10lb followed by 14lb of solid chrome. If he keeps up the speed, it’s just a matter of time until he breaks his 22lb double header from 2011.

Yet again, it was a pleasure to welcome Frank Serbus, and of course John Eames. A two man quick reaction force on it’s relentless pursuit of chrome fish.

To turn a journey into an adventure, it needs to be shared with others. A philosophy that 4th time returners David and Sarah Roby are sharing for sure. May it be on a horseback ride through the valley of Rio Gallegos or a knuckle busting run of it’s chrome scaled steriod fish. Looking forward to seeing you a 5th time next season!

The “Swedish Connection” otherwise known as Peter Staude, Rolf Jansson, Patrik Lagerlöf, Jim Larsson and Kent performed flawlessly by using their advantage of costal seatrout experience as they provided both the biggest fish (Rolf) and the Top Rod (Kent).

Due to the lack of water, fishing offered greater focus on stealthy approach of possible hot spots but yet again, Gallegos has proven it’s only rule to be consistent: No one is leaving this River without catching a fish! The tendency of less fish but an incredible increase in sizes still remains strong, and so does the strain itself: Have you ever seen a 11 ½ lb at the length of 69cm? Neither did we, till we found one raging at the end of Kent’s line. We measured it twice to make sure that we were not mistaken. January in particular provides the highest quality of fish in terms of physical condition – in figures, 95% fish taken on week one were absolute fresh. A push of water at the beginning of the weekend marks both the arrival of another group of chrome hunters and of course another run of fresh fish into the system. Sharpen your hooks, there will be chrome!

A push of cold water from the Andes was promising for the group that arrived at Las Buitreras Camp on Saturday to ring the bell for the 2nd week at the Rio Gallegos watershed. Hosted by Christer Sjöberg and Göran Andersson, anglers from all over Europe gathered together to share the great experience of desert chrome. Drinking it in, it always goes down smooth. Smooth is just the right word to describe this week’s group. Apart from celebrating Don Chrillo’s second 27th birthday with an asado that rose the bar for the very definition of the word feast, we’ve had several casting demonstrations on our weekly schedule. Not to mention, the great company that we shared over some fine bottles of Malbec.

It was a pleasure to welcome this week’s host, Göran Andersson for his very first time at our estancia. As inventor of the underhand cast and leading force in scandi-style equipment development, he has proven the practical matter of his casting style to be deadly effective. This was born out of the cause that connects us all – catching fish. Göran shared his extensive knowledge about anadromous fish and the ways of approaching them with us. We shared and agreed upon the imprint that the Gallegos chrome bars left on him. Göran proclaimed,”…some of the most beautiful seatrout I have ever seen! Incredibly strong and well fed!“. His largest being a chromer that tipped the scales right above 16lb. Accompanied by several other fish, this placed him as the leading rod for the first couple days until a flu crossed his plans.…a wink of fortune that our dearest Gordon Sim (El Gordo) turned into his advantage. Fishing almost every siesta at our home pool, he ended up as top rod with 11 fish, up to 16lb. Blaming fortune would be just too easy to explain his performance but the awful truth is: Gordon is an anadroums veteran and I bet everyone who has fished the Kharlovka the last 10 years will recall the name of the former Atlantic Salmon Reserve Camp Manager right away.

For sure, the greatest achievement and reward for our guides is the smiling face of a Seatrout beginner. Sharing this unspoiled and untamed happiness is exactly what keeps us going. If you cross Graeme Baird’s way these days, you’ll know what I am talking about. In a beat alliance with Gordon, he managed to catch both his very first Seatrout and fish on a fly rod ever. After a couple of sessions, a cracking 20lb chrome hen in Puesto! Is there any better way to get hooked on fly fishing? Congratulations and warm welcome to the 20lb Gallegos Seatrout Club.

The so called “20lb-chrome-smile“ is hard to wipe away, no matter how hard you try. El Henrik was this week’s place to be, not only because Simon Purves hooked into a marvellous 20lb+ steroid bar of chrome, but that it took him on a nice 15 minute bull ride, before Hernan could land the fish. Not only his biggest Seatrout but also his biggest anadromous specimen ever.

Patrik Johannson, one of our well known regulars, teamed up with his good friend Rafael, a bonefish guide from Venezuela (Los Roques) who happens to be a witness of both my accidential pelican hookup and the famous “mermaid-story“ at the beach of Grand Roques in 2008. Thanks to his well trained fishing eye, his very first freshwater experience turned out to be a path full of chrome and gold. Glad to hear that our rugby fish can cope with any bonefish on his archipelago. Thank you, Rafael!

As the week flew by, Lars fulfilled his predicted task of catching another 20(+)pounder with Diego. Do I really have to mention that it was Senior’s once again? Whatever they do, they make it happen and it works. Well done, Lars! I will let Diego know to save one up for next year. 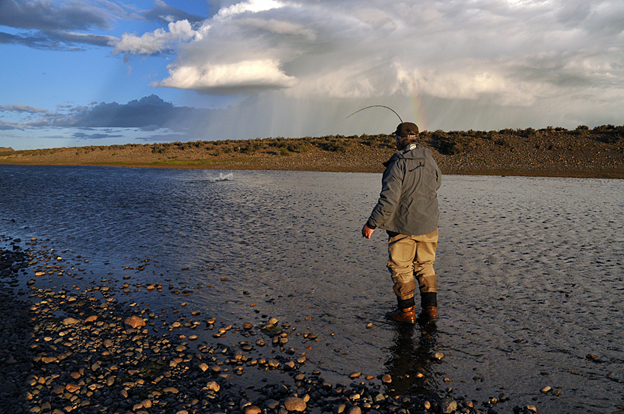 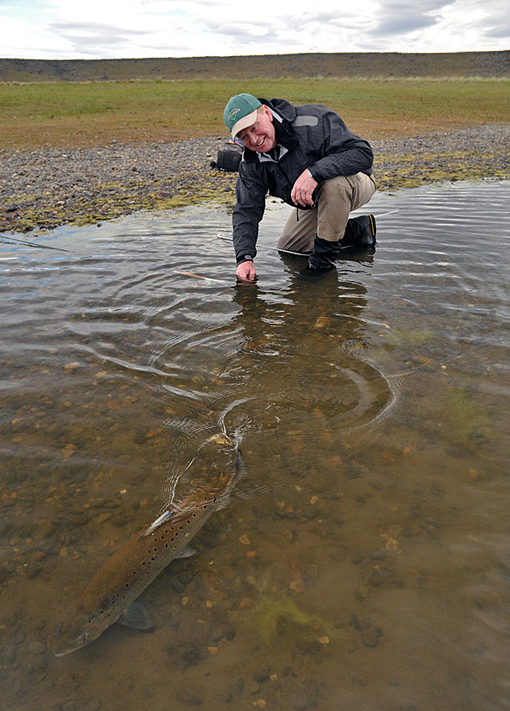 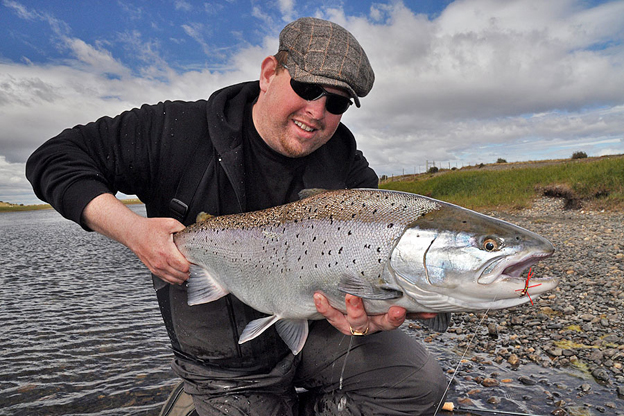 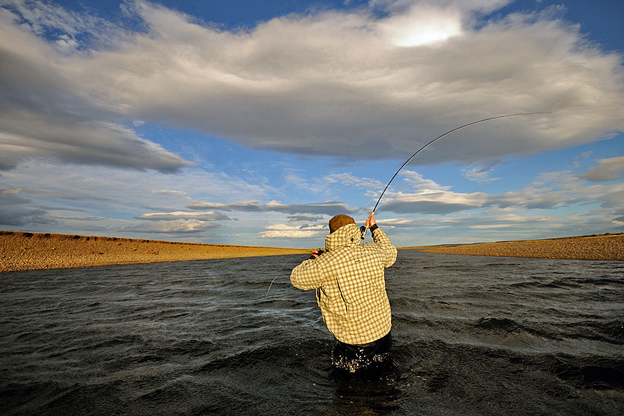 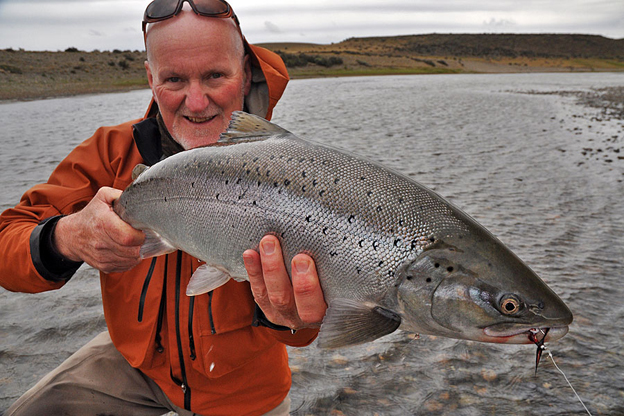 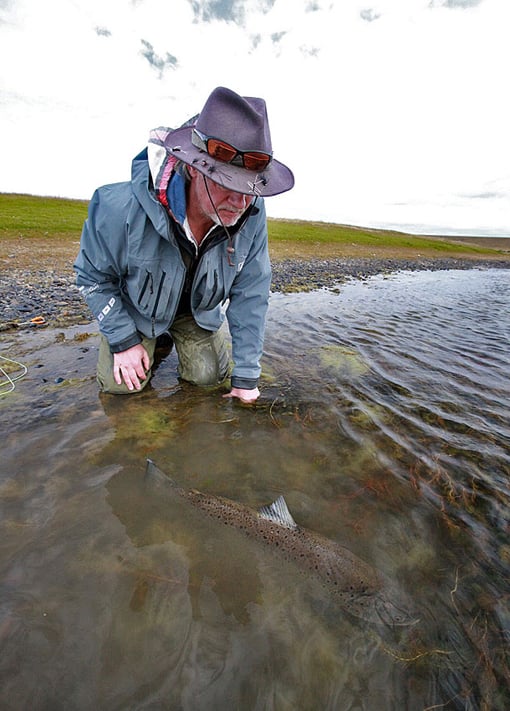 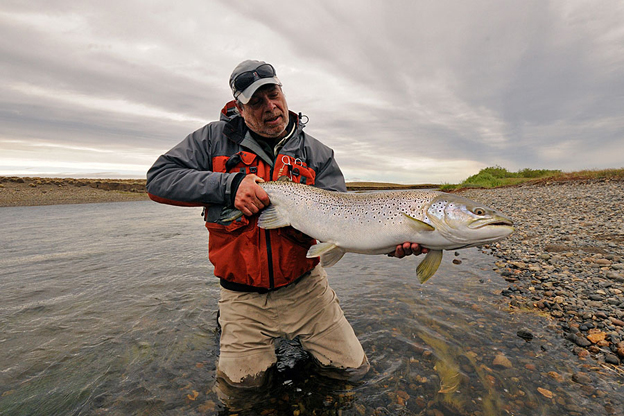 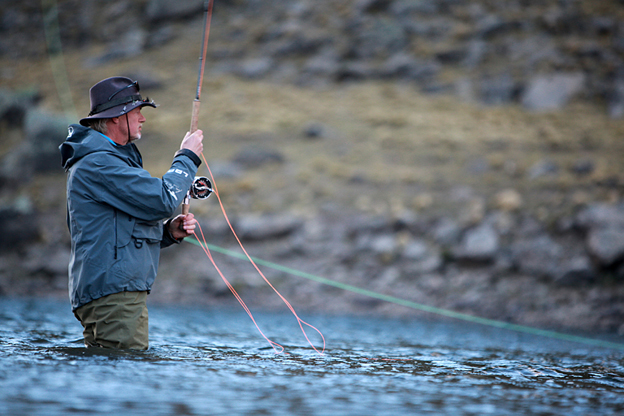 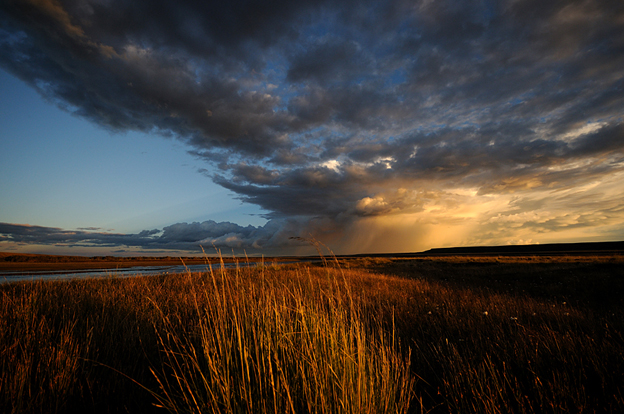 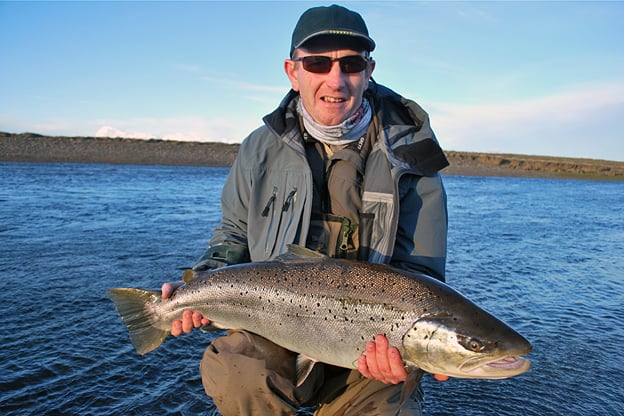 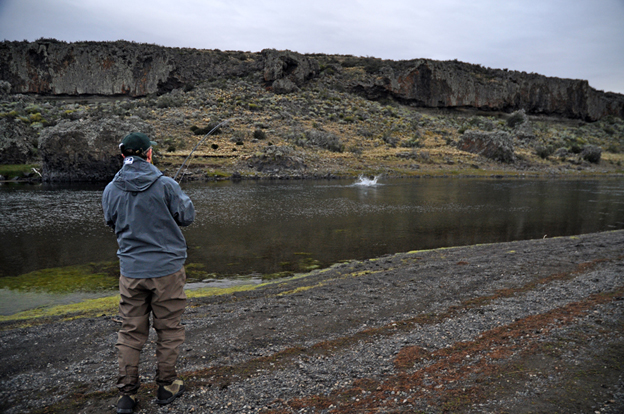 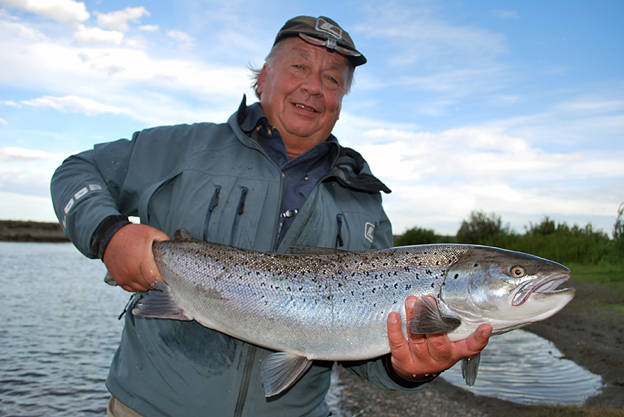 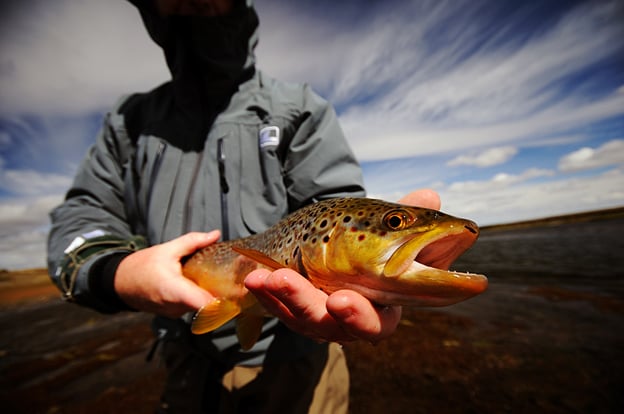 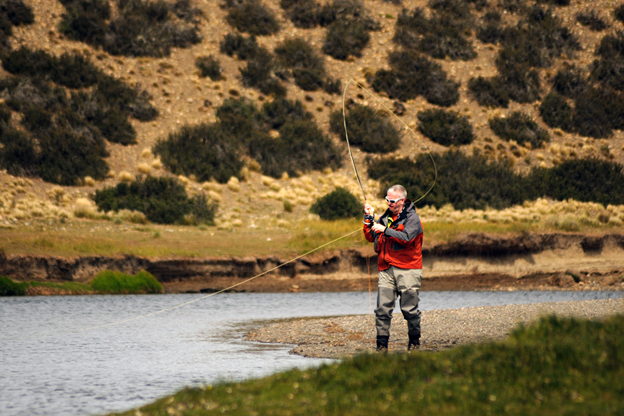 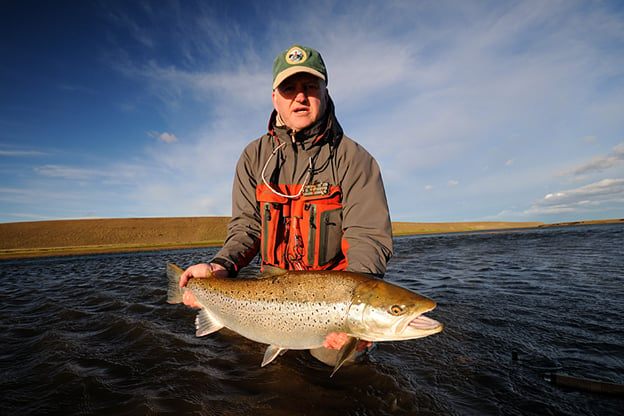 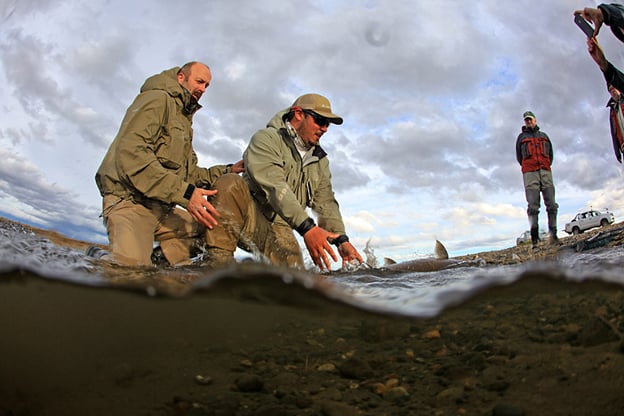 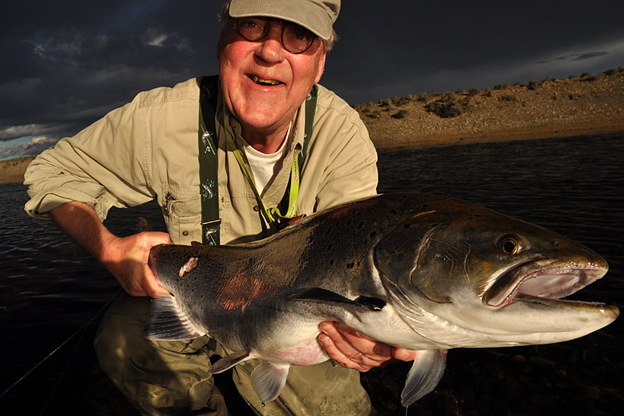 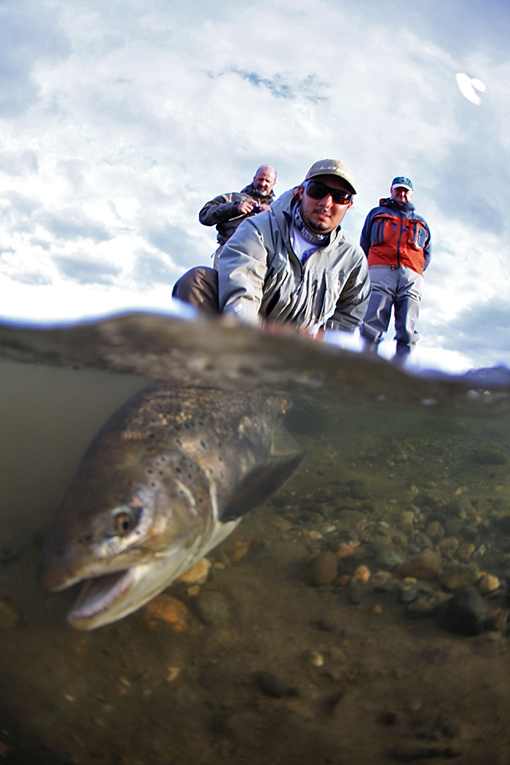 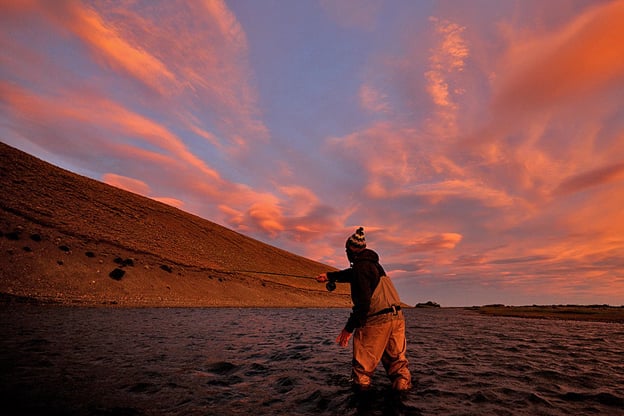 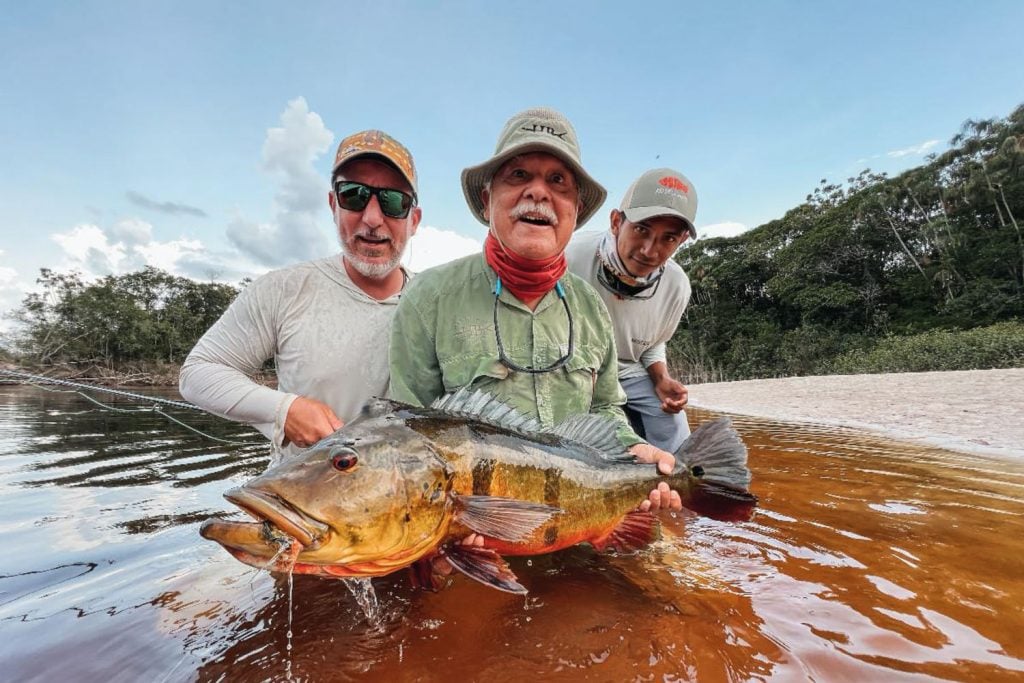 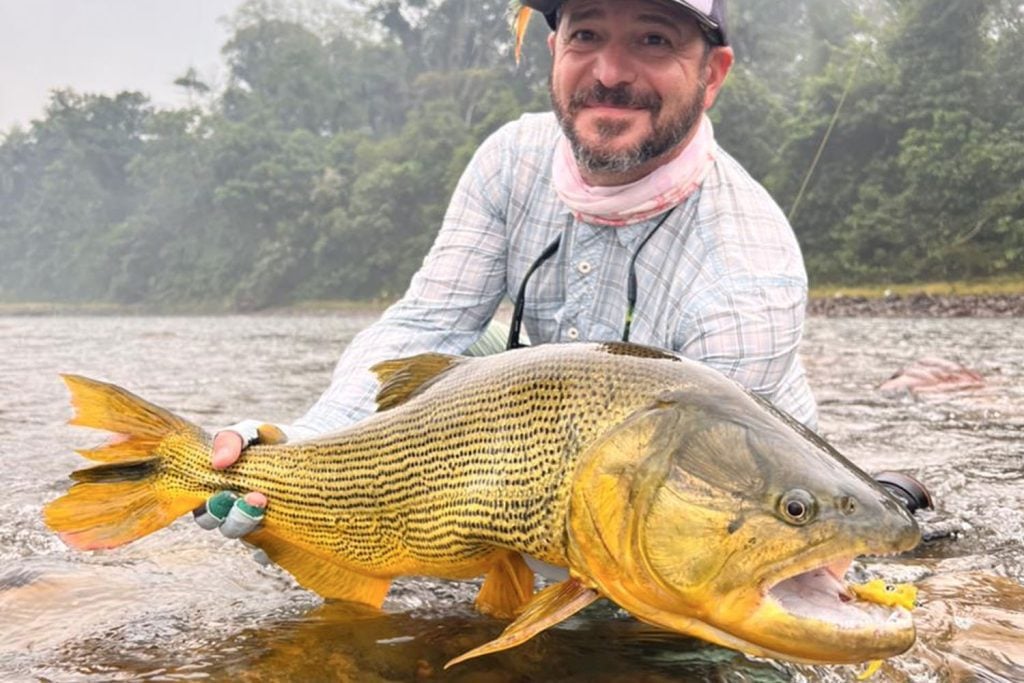 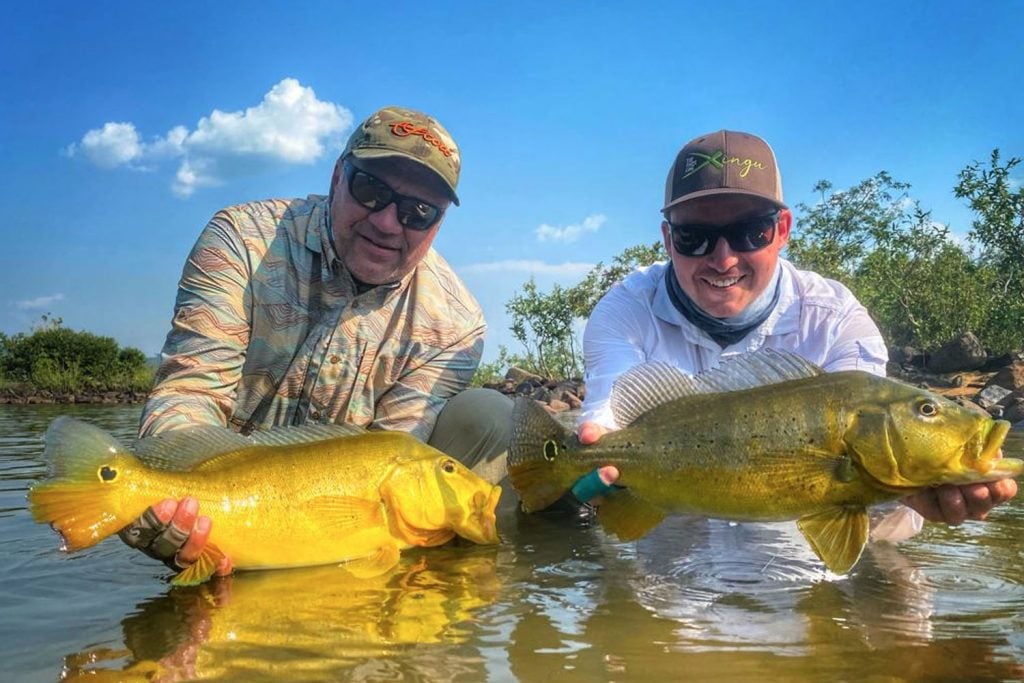