SriLanka Fishing Report As you may know we have a fantastic operation in Sri Lanka with some of the best guides and they really do their very best to catch you your target fish and with this set of guys wanting to target smaller species on light gear they set about achieving this. Take a look at the great week these guys had:

Landing at Colombo airport at 1.30am the same morning as they were going to fish their first day, our customers consisted of Anthony, Anthony, Thomas and Willy loaded their equipment in to the minibus and headed straight for Kirinda. At 8.30am we met the guys in their hotel rooms for a brief meeting, they decided to only fish half day and we made ourselves scarce to let them have some well-earned rest. SriLanka Fishing Report

Sharing the same sense of humour and a similar outlook on life, we knew after the first day that the week was going to be filled with laughter!! 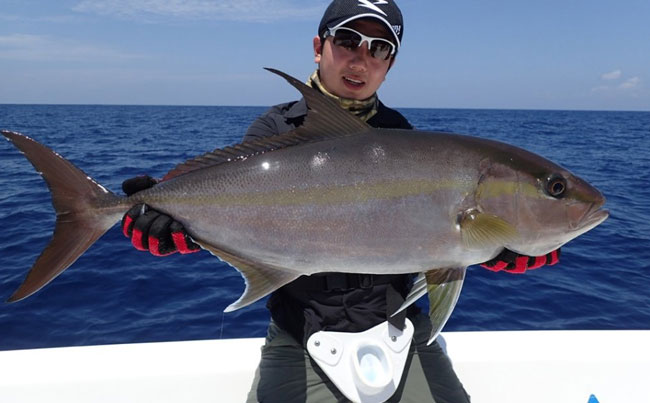 As the popping had been unstable and quite difficult, we decided to concentrate on jigging in the mornings and target big creatures popping only the deeper waters in the afternoon. Popping deep waters for big fish is not for the weak minded, as there are long periods of nothing, you could even call it boring and suddenly all hell breaks loose!

When looking for trophy fish, ALWAYS check your drag, line lay, Braid line, leaders, hooks and all that can go wrong if a big fish hits. You may only get one chance! If you have any doubts about equipment and tackle, ask us and we’ll be happy to help and we want to do everything we can to make that dream catch a reality. Sadly at least two very big GT were lost during this week due to drag settings and spools jamming due to line lay. SriLanka Fishing Report 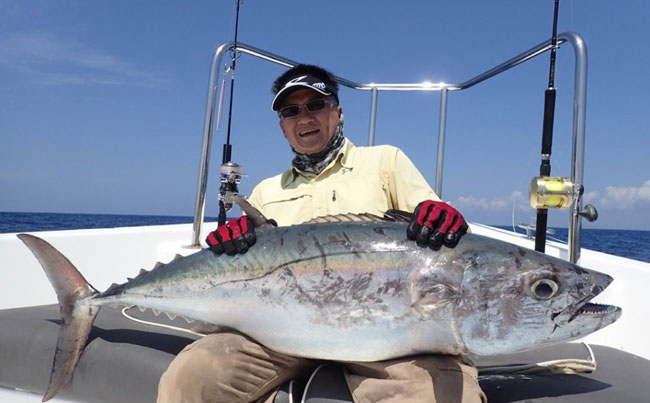 Jigging in the mornings, the group had great activity. Combining that with excellent technique and attention to detail they managed about 20-30 fish per day, including Gold Spot Trevally, Bludger Trevally, Mallabar Trevally, Amber Jack and all the other species under the hot Kirinda Sun.

Doing his second drop of the trip, Willy managed a nice bite on his light jigging gear over the reef. Seeing a yellow coloured caudal fin we immediately thought of Malabar- or Gold Spot Trevally. But breaking the surface was nothing less than a beautiful Footballer Trout, a fish that Willy had been targeting for about ten years. The joy was overwhelming! 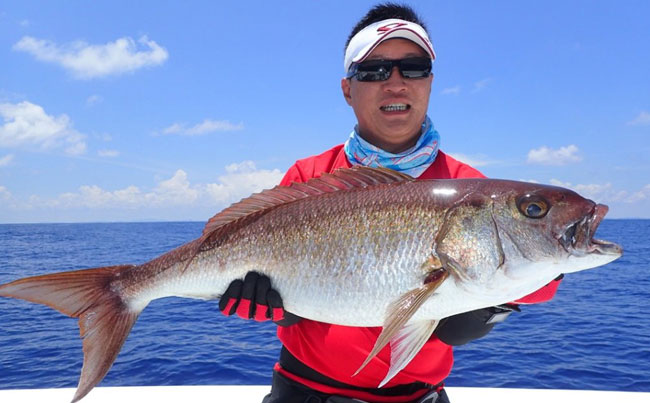 Going out to deeper water Thomas had a strong hit followed by exploding runs and managed to land a 20kg Dogtooth Tuna that fought like a machine, we all thought it was going to be at least over 40kg. Sri Lanka Fishing Report

That same day, while retrieving a larger bonito that had taken Willy’s jig in mid water, something hit it, making the Stella sound like a machinegun. After hitting and letting go of the bonito several times the attacker finally gave up. We retrieved the now dead 4kg bonito to the surface and well in the boat we could admire the scratch marks made by a Marlin. 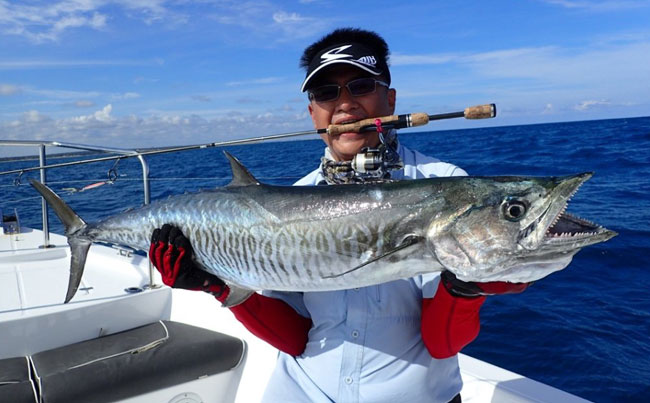 At the end of the trip, the group brought their lightest gear on-board. While waiting in the harbor before going out in the morning, the guys started fishing. Immediately they started to catch small GT on every cast and it was a great show for the local fishermen.

Fishing with micro jigs all through the day at our normal popping spots, it was impossible to not get hooked up and the fights were amazing, forcing us to follow with the boat several times when hooking a Gold Spot Trevally or King Mackerel. We really advise you all to bring your gear for micro jigging as it is great fun fishing and the catches can be surprising. 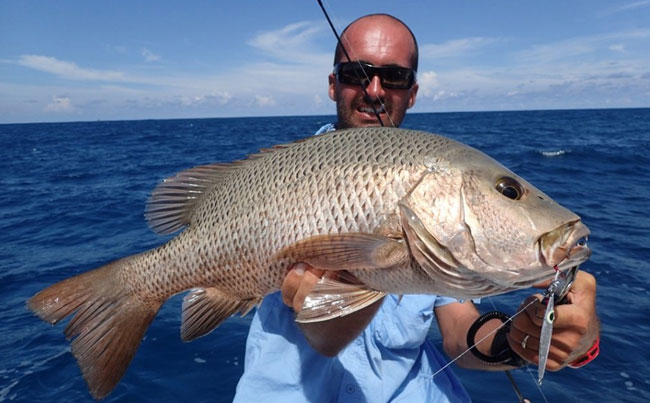 The guys are already discussing when they can come back to Sri Lanka and we sure hope it’s soon, Anthony, Anthony, Thomas and Willy, it was a real pleasure having you guys here! 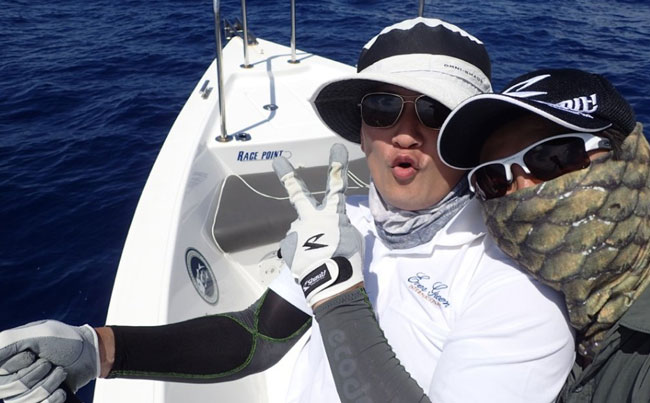 So its not all about monster GT’s in Sri Lanka, go prepared and you will have lots of fun along the way. This part of the world is really showing its full colours and if you are looking for a destination to try your hand at all sorts of fishing styles then Sri Lanka has it all. We are currently taking bookings for the start of next season which opens in October 2015 so if you fancy joining us then simply call 01603 407596