Vesteralen in Norway is really producing some great fishing at the minute with big halibut, cod and a few surprises showing too. Take a look at the latest report from this amazing destination here.

The bad weather still lasts but, according to the weather forecast it’s going to calm down and there seems to be a few really nice days next week. But despite that we have not given up but have been able to go to the fishing spots a bit further out. 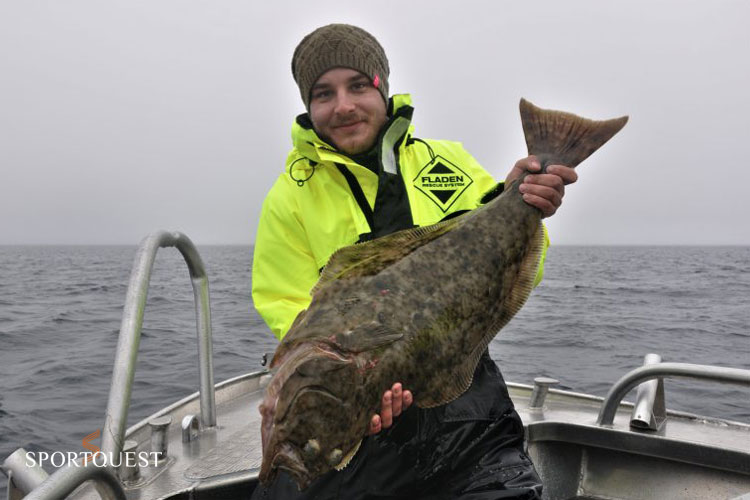 Yesterday we rode west in search of halibut and cod. All 6 boats went out in a group, most of them aiming to catch cod and big coalfish. Heading out we went a little further to some nice grounds that had delivered well, before boats 2 and 3 went to a nice area for halibut. Boat 3 with Marcus at the head stopped the boat for a drift and quickly noticed how well we were moving while there were some winds from the mountains which made us speed up in between. When the third drift was in motion, it did not take long before Patrik felt something that started to nibble on his baited hook. He waited for the fish to turn the dead bait in his mouth before he made a definite strike and it was thundering on the hook! He reeled it up relatively easily to the boat, but when it came to the surface it made a quick rush to the bottom again before it was willing to be landed. It was a perfect halibut that will be on the menu a couple of dinners to come. Even a boat further out reported a nice meal sized halibut in the boat shortly thereafter. 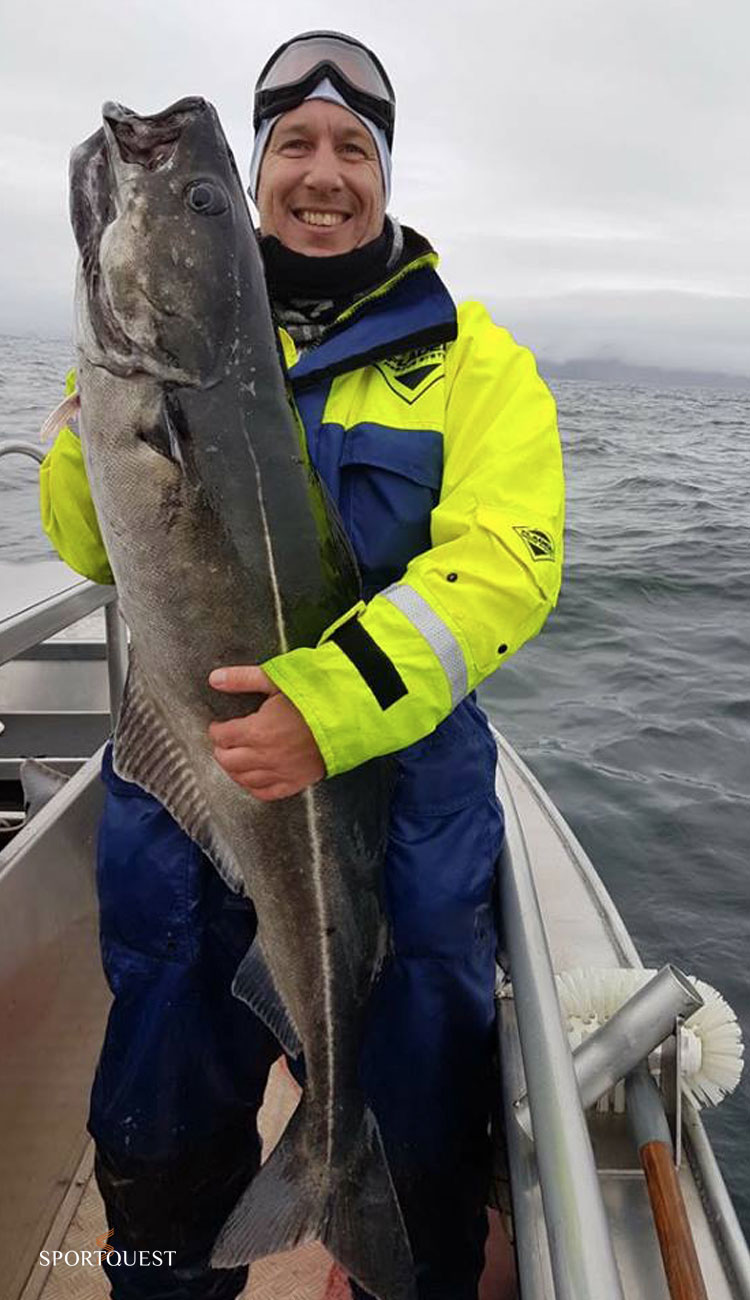 The boats that had the target set for large cod had had a hard time getting the cod to stick to the hook. They saw a lot of fish on the finder while they felt that the cods sank on the baits so they knew they were only waiting for a feeding period. Boat 5 looked a bit further out of the grounds. It turned out to be a group of killer whales who came swimming south! Boat 5 did not get the camera, instead, they chose to look at the amazing creatures when they broke the surface time after time.

Shortly thereafter, the feeding period began and it started producing some good cod to the boat, but the next day is when the big fish period came on the feed! 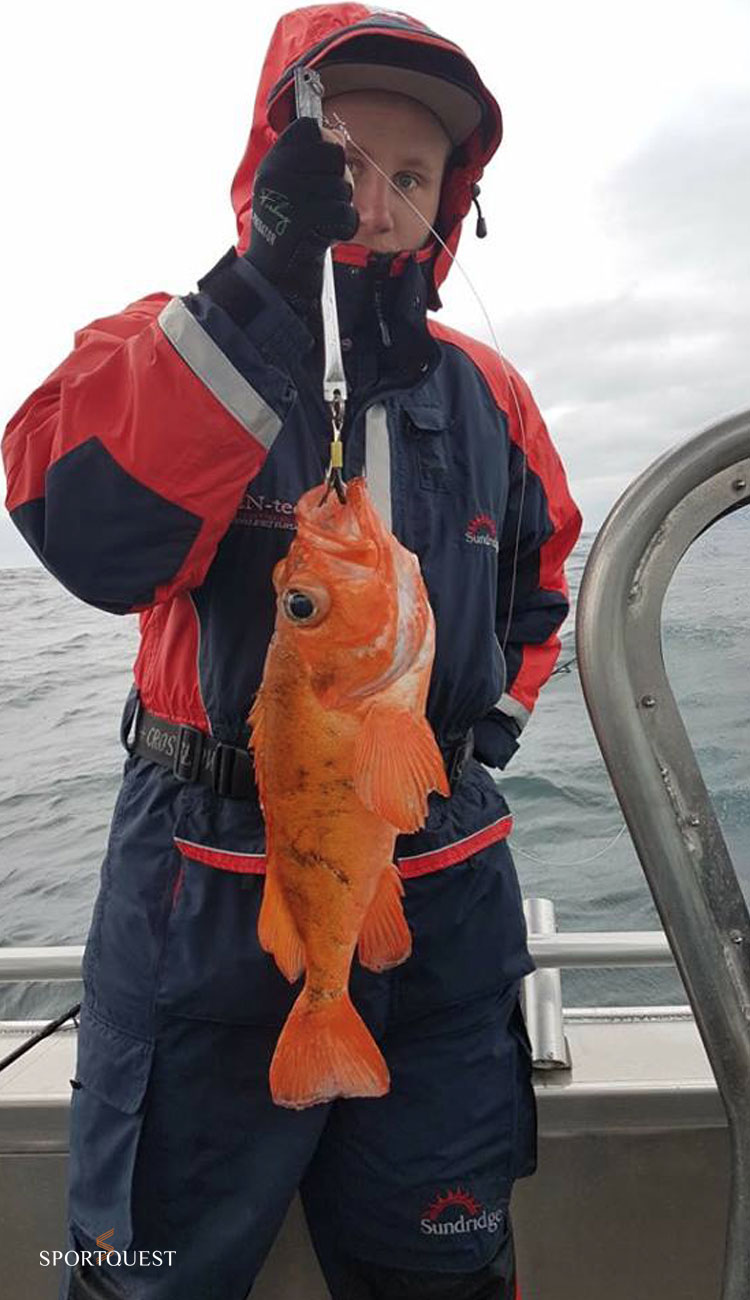 The next day the boats steered out towards the same grounds and let down their shads. It looked roughly the same as the day before, but it started to produce and fine cod up to 10kg began to roll over the railing. It was double hookup , triple hookup and after a while they had a lot of cod in the boat. But when a guest in boat 1 let down his shad, he felt it hit down and pulled the brake. The roller began to scream and everyone in the boat knew that it was great fun! It became a tough fight but finally it broke that surface and turned out. It turned out to be a really nice flounder and after a couple of sneaky pictures it got to go back to the bottom!

Tomorrow, the guards guide the boats to an area where we have got a lot of different fish species and hope to get some great fishing!

What an amazing report from our guides at Vesteralen, it sounds like the fishing is superb at the minute and those halibut really do take some beating. If you fancy sampling fishing like this for yourself then take a look at this brilliant destination by clicking HERE.